WHAT IS ZIKSQUARE?
It is a musical platformer that sees you controlling a small white square that must travel to the end of each song by literally jumping over gaps and other hazards while the song plays. The unique aspect of Ziksquare is the ability to jump between the background and foreground. Meaning you may need to use your abilities to double jump over larger gaps or your micro-jump to pass over tiny spaces in rapid succession. Each coloured bar/platform represents note or musical instrument that you’ll have to run across to reach the end of each level. 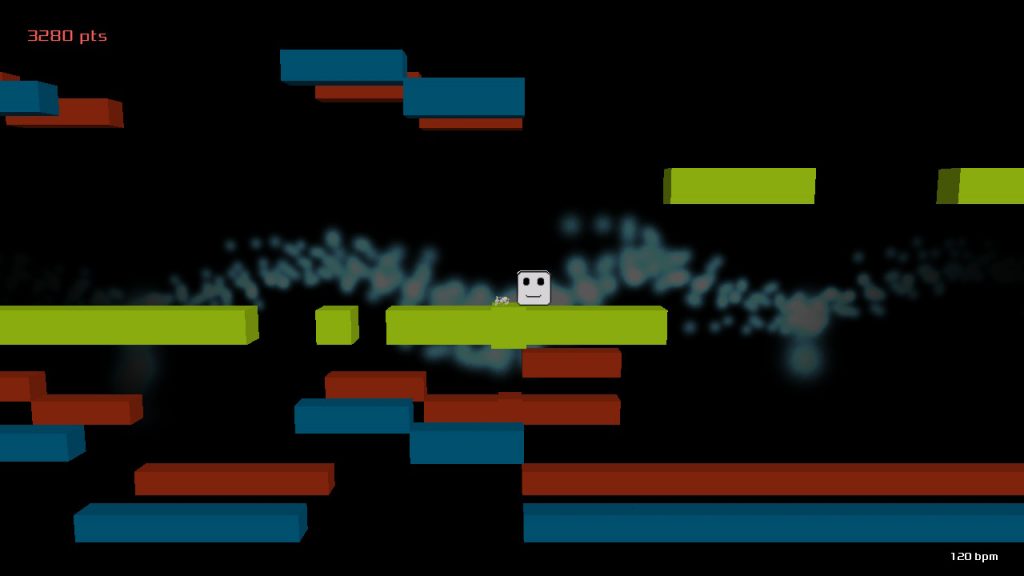 There are two modes to play in Ziksquare: PLAY & MAKE
The first mode is called PLAY which sees you playing through 15 different musical tracks, trying to achieve a high score in local leader-boards. The levels start off slowly and gradually increase in difficulty as you progress. Before starting a level, you can preview it, letting you listen to its music and see the level structure. Your main goal here is to reach the end of each of the 15 different tracks and try to get the highest score possible… that’s pretty much Ziksquare in a nutshell.

This isn’t a game with a vast world to explore or an epic story to tell… instead, it is more of a unique musical creation tool where you can play the various pre-made tracks and get some ideas on how to create your own music in the level editor. All tracks are unlocked from the get-go, so there’s no real sense of progression here. You can pick any level you like and try to beat them all, as well as achieve a high score.

You can see your current score for each attempt on the level selection screen. Unfortunately, these leader-boards are local only so sadly there’s no real incentive to try to get a higher score as there’s no way to share scores with other people… cutting short any real sense of competitive play… which is a shame.

So how do you play Ziksquare on the Nintendo Switch?
Controls are pretty simple, you can jump to new notes and over gaps with A button and by pressing it while you’re in the air will allow you to do a double jump. You can also do micro jumps with B button to cross smaller gaps. Finally by using the L&R bummers can jump back and forth to different notes from the background to the foreground adding a new layer of challenge as you try to progress without falling into the bottomless void below. The tracks will progressively become more difficult as you move progress. High scores can also be boosted by collecting rings within levels.

There is a slight delay in jumping into the background and foreground. You cannot just mindlessly tap the bummers because of the delay and have to wait for few seconds before pressing it again. Swapping mechanic in Ziksquare is rather interesting as certain pathways will end sooner than others… or be littered with hazards that you’ll need to avoid too be able to reach the end. 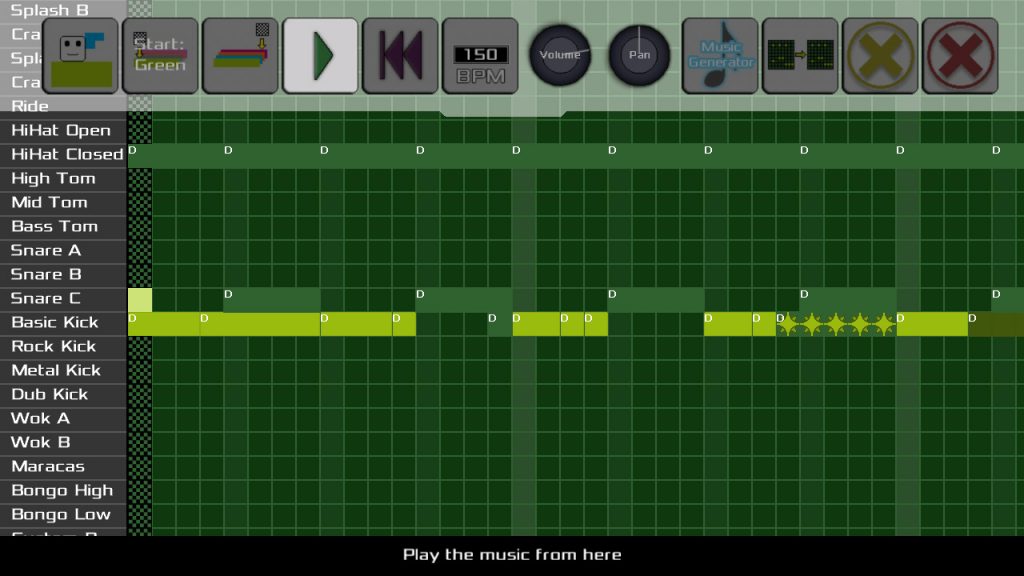 There is not much to say on the visuals. Everything is simple 2D and 3D blocks with different colours representing different instruments. The square has facial expressions that change while you progress through the level, but that is about it.

I have few issues with the editing menus because they are a little clunky to navigate, using the analogue stick to navigate it feels awkward at times. As it is not as precise as I would have liked. I would have preferred the option to move the notes about with the direction pad instead. I feel it would be more precise than using the analogue stick.

Creating a song can be a lengthy process, and I would have liked little more help in creating songs. Like a few more options or pre-made songs would have been a welcomed inclusion.

One of my biggest issues here is there is no way to share your creations with anyone like Mario Maker… which is a big missed opportunity here.
It would have been great to include an option to share your tracks with an online community. 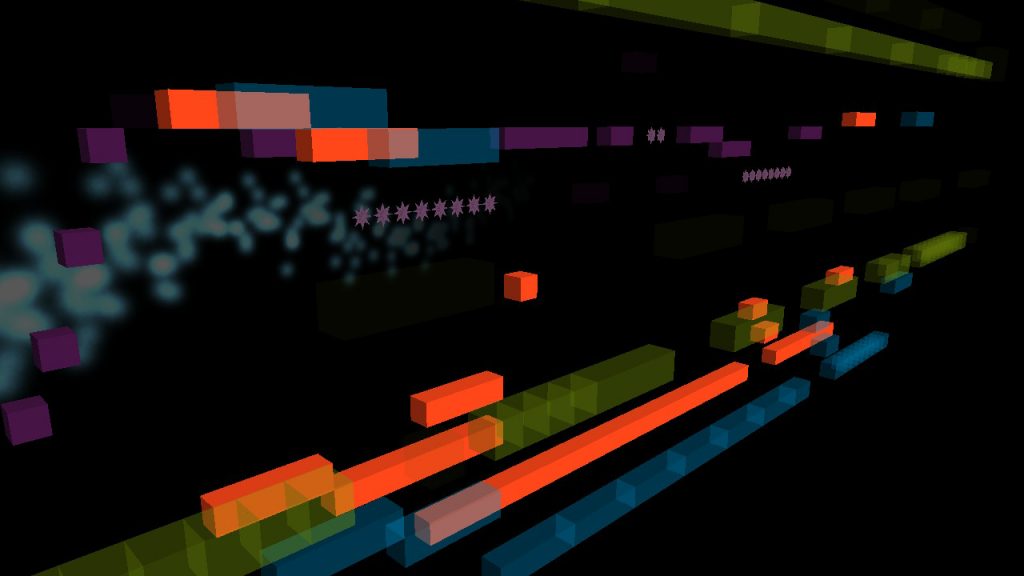 The MAKE option on the main menu is the game’s bread and butter. Here you can create your very own music tracks with a pretty robust editor. You can select from over 15 different types of instruments such as bass guitars, drums, piano and so on. An option to select from different tones and pitches is available by placing bars on the editor grid: higher or lower with the A button and you can also extend these notes with the L and R bummers prolonging their sound. You can also delete unwanted notes with the B button too.

There is a tutorial to get you started with basic controls for the editor if you get stuck. It may take a fair while to create something worthwhile though… but creating is part of the fun… And creating your own content will definitely add to the replay-ability of Ziksquare. 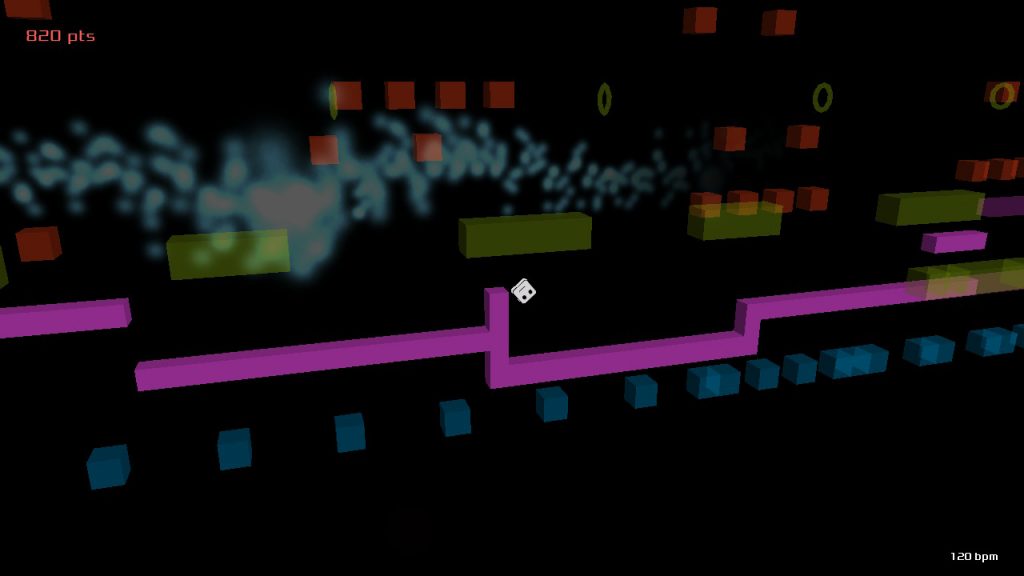 Ziksquare is more of a tool to create music and levels. Play option shows you what’s possible… but it’s all over too quickly.

The primary focus here is creating the music . If you go into Ziksquare with that on your mind, then you’ll have a decent time with it.

While the menu can be arduous to navigate, there is a wealth of potential here to create some decent tunes along with some interesting 2D platform sections. It is a budget title, but its main draw here is that it has got a decent creation tool.