The Visual Novel (VN) genre seemed to have exploded, especially since Nintendo have announced that no games on the Switch will be censored. YU-NO is another addition to the ever-growing popular sub-genre of games. It comes with every trope that you can think of for VN, Girls, lewd girls, girls with a deep in-depth multi-branching story that is generally overlooked by most. This is easily one of the best VN to grace the Switch.

We are introduced to the role of the “walking libido” Takuya Arima, with his sarcastically inappropriate comments and behaviour; which practically sets the tone already. He is a smart kid who is failing at school after he lost his father recently. He currently lives alone with his stepmother, who isn’t much older than he is. On a day like any other, Takuya receives a strange package from his father! Inside are three items, firstly a peculiar device with four gems in it, with holes for six more. Secondly a strange mirror-like object and finally a letter that talks about parallel worlds, time travel and a life changing statement; that his father is still alive! Of course, this is hard for Takuya to grasp, but intrigued he goes to the place and what he witnesses will change his life forever. The overarching premise in the game is time travel and passing through to another parallel world to find his father.

Let me start by saying this has one of the best-written stories I have had the pleasure of reading in a while. When it comes to telling a deep and complex story, YU-NO is at the top of the bill for VN. The story opens up simple enough but then branches off in so many different directions that even keeping the story coherent would have been hard, let alone entertaining. But in this VN they’ve managed to do just that. The story is excellent, characters are all fantastic and excellently fleshed out. Interactions are natural and not forced, all kept with great pacing within the story. 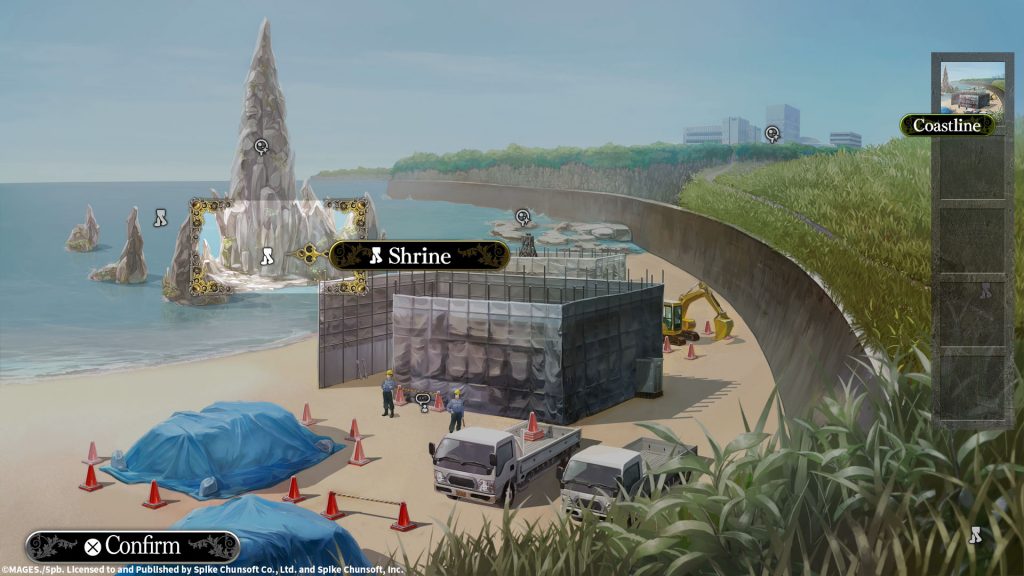 As VNs go, it holds the same gameplay elements as most of the others. You are presented with a panel with icons littered around the screen. Moving your cursor over an icon will allow Takuya to investigate most of these points multiple times which in turn can open up some fun dialogue. Where YU-NO differs is the timeline that is activated by the device Takuya received.

The device will allow Takuya to jump on to different paths and experience different outcomes to events by using a gem. Once a gem is used it creates a save or starting point where you go to that timeline. To get the gem back just load the save created. There is no tutorial on how to use the gems on the timeline so some trial and error will be needed to figure this mechanic out. This system is the only way to get the other gem’s and get the true ending, so take time to understand it. The device also shows what timelines Takuya has been down, very handy so the player will not get lost.

Here is a freebie
Along with the game, there is also an 8-bit side-scrolling platformer, play as YU-NO as she travels to the parallel worlds to collect items to defeat the boss. If YU-NO does not get the items, she will be swallowed up, and it is game over.
This is a great wee game that will take about two hours to complete, it’s a fun, addictive addon to the game. 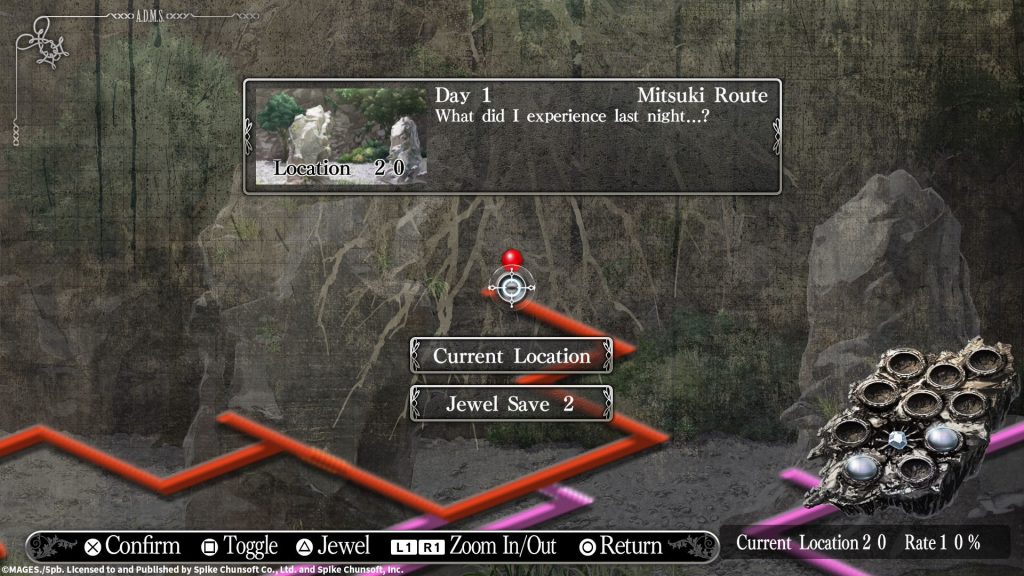 YU-NO is stunning in its anime-style art direction. There are loads of details in the backgrounds, with colour pallets that blend perfectly with each panel. As stated, there is plenty of lewd content with just enough showing to appease fanservice. The artwork is excellent in all aspects.

There were no problems in the running and no bugs that I encountered. 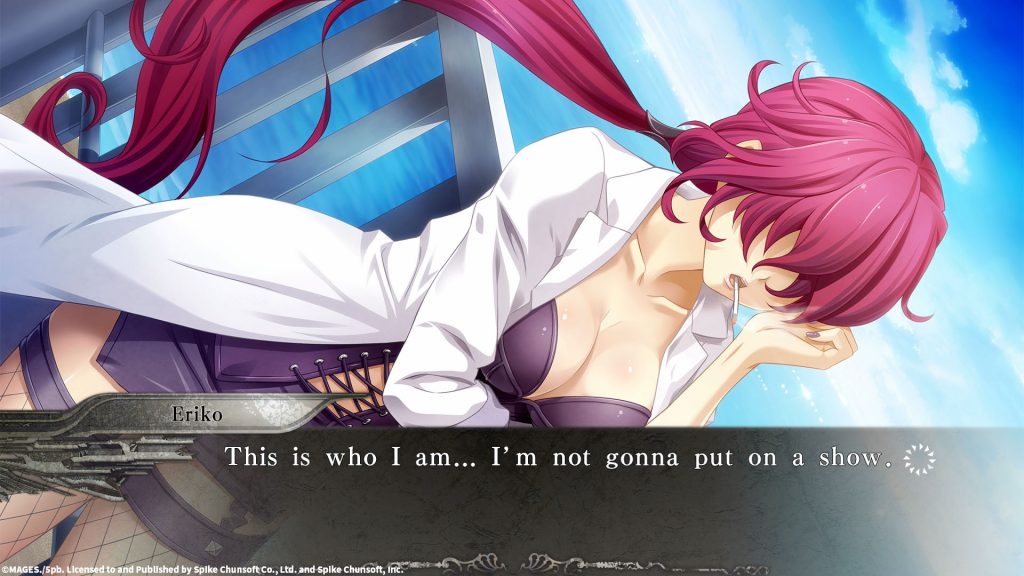 YU-NO’s soundtrack and sound effects are great and work well within each panel. The star here is the voice acting, it is excellent and high quality throughout the game, and there is A LOT! of voice acting. 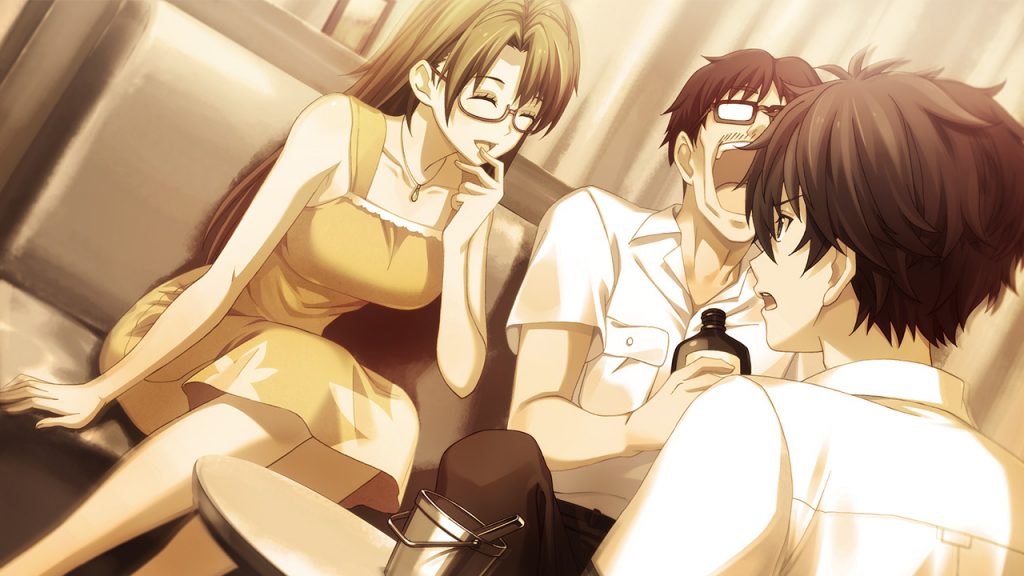 If you are a fan of the Visual Novel’s, you owe it to yourself to play YU-NO. It is one of the best Visual Novels ever. And without a shadow of a doubt the best on the Switch. Everything about it is spot on, the art direction, the story, the writing. If there was a gripe, some people may find it too lewd, aside from this, it’s a fantastic experience.

This 40 hour time travelling world jumping adventure is a must for players who like Visual Novels.

Check out our review of DATE A LIVE: Rio Reincarnation for more VN goodness HERE!