Yaga is based on Slavic lore of the witch Baba Yaga where you define the journey with your choices — playing as Ivan, a one-handed Blacksmith, who is cursed with bad luck. The Tazr has set an impossible task. Ivan’s grandmother wants him to find a wife and a mysterious witch is controlling his fate.

I love my Slavic folklore. It is diverse, horrifying and weird all mixed into one. Yaga does not disappoint with the gameplay as well as the story. My only question is, why has there been such little coverage of Yaga? 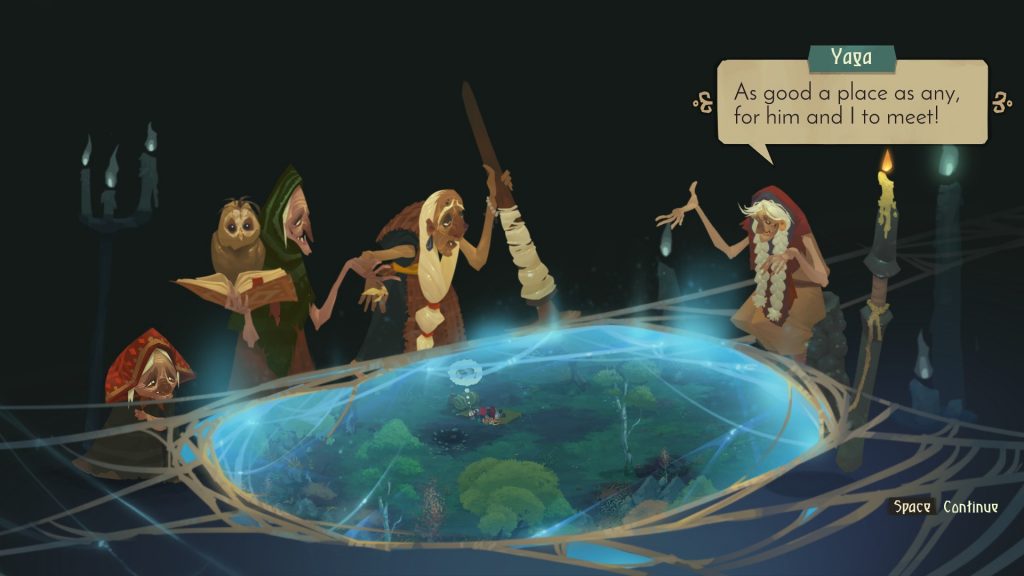 The flow of Yaga is like most level based ARPGs, go to one level beat all the enemies, do a quest and move on. Here we have a huge difference from this simple gameplay loop. With each level, Ivan clears Baba Yaga and the three spirits of fate Narecnitsi, Likho and Dola (I assume). With the Three Spirits you can pick a buff, e.g. strength increase, debuff Eg. enemies are stronger. There will be three random effects on each level; it will be up to the player to decide what one. This system allows for multiple replays for different experiences along with making it more a fable.

With Ivan being a Blacksmith, he can craft different hammers depending on the materials he has allowing for different attributes and damage. Along with weapons, Ivan can make tools for his stump. For example, early on, you get a wheel from a cart; this can be worked into a shield to protect Ivan. My favourite is the grapple hook. Crafting is done mainly between levels and is simple. You get your base item and add metal to it to change it. Ivan will always have a base item. It is possible to unlock attributes by killing everything and open chest.

Okay, so we covered the best bits, but what about the bad? There are a few mechanics here that could have been better implemented or expanded on. First, the blacksmithing and making new hammers, it would have been nice to have some extra move animations in there. Ivan gets a new looking hammer and maybe a light show but its the same attack animations. I, however, understand he is not a warrior; he is a Blacksmith.

The other problem has to be the luck system or rather unlucky system. This system could have been something great for improving your gameplay. It, however, ended up being something that felt tagged on and not implemented correctly. Every time Ivan uses a magic item or asked for magic to be used on him he gets a build-up of bad luck. When this is full, he loses any buff, money and inventory as well as any upgraded gear. It is an annoyance and somewhat pointless. I had the bad luck, less than a dozen times in my playthrough. It could have been utilised in a better way, like a constant build-up then a random action taken, i.e. debuff. kicked out of the level and so on.

There were no bug or problems I encountered. 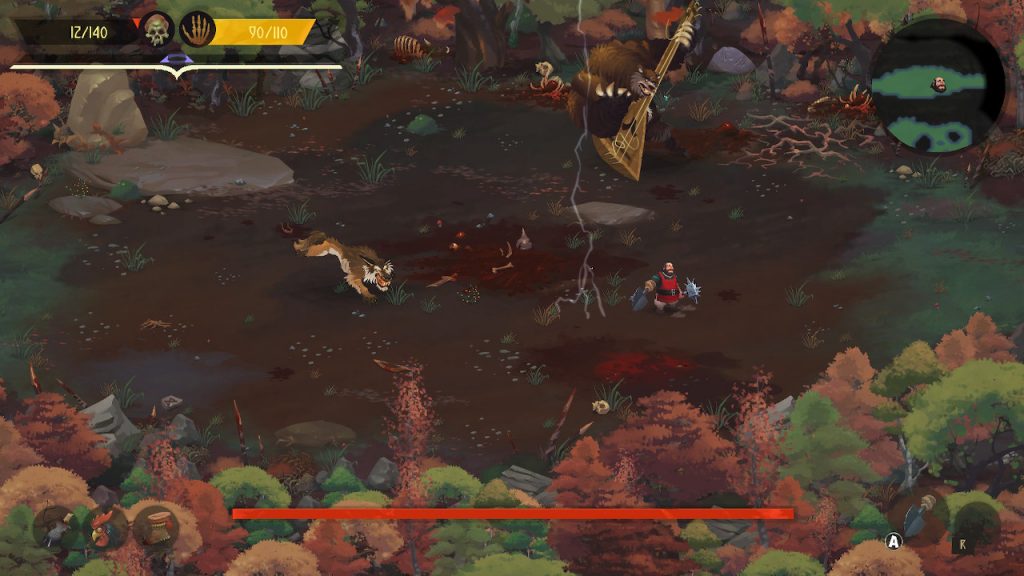 Visually, Yaga is stunning. The art direction made me feel as if I was playing a Slavic folklore tale. Along with the twisted monstrosities Ivan will face, even Baba Yaga is on point floating on her mortar and holding a pastel. We can’t leave out her house, the one-legged chicken house. This art direction fits perfect for the world. 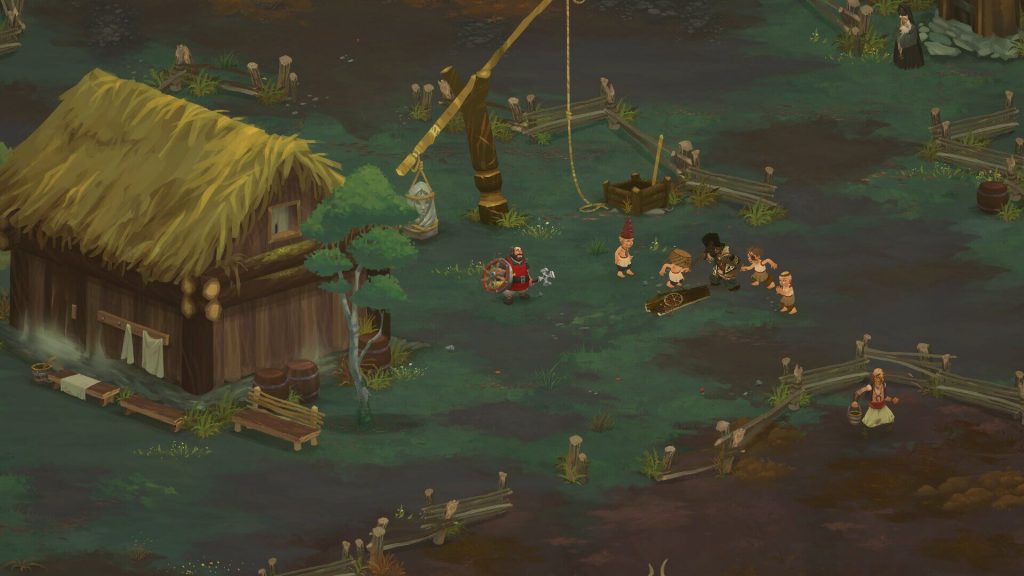 The sound design is outstanding. The music is fantastic, along with being very strange. It all fits into the world perfectly. The audio keeps its Slavic roots as well as adding a modern-day twist in some tracks and not to mention the melodic vocals.

The voice acting is also great and well performed. The script writing helped tremendously too as the whole game is done in rhymes. 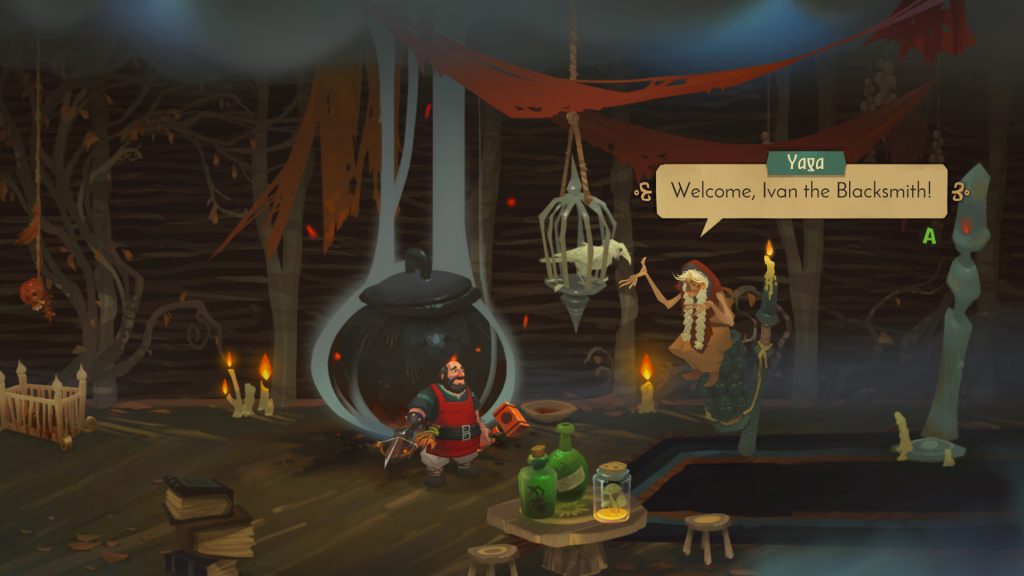 Overall Yaga is a great ARPG that was overshadowed by bigger titles. It is worth your time and investment even with the lack of attacks and the annoying bad luck system. Those two aspects can be overlooked. With a great script and soundtrack taking center stage this is one game that you will enjoy over and over with different aspects and choices to make that impact the level.
I would recommend this title.

Check out our review of Torchlight 2 for more ARPG action HERE!