Due to an unknown spaceship malfunction, an environmental disaster has occurred across the planet of Gravos. Space garbage has littered the land. Willy, a simple monkey street sweeper, is now tasked to collect the extraterrestrial trash and recycle the parts to clean up Gravos. Little does Willy Jetman know that he is fated to discover his true purpose of becoming an interplanetary star! 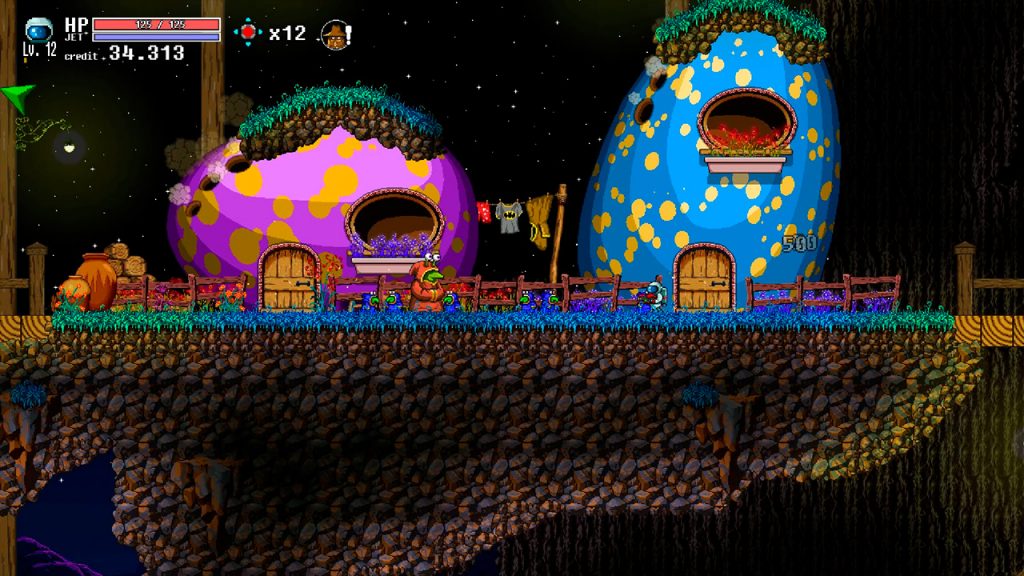 The title can easily be described as an action/adventure game with some light platforming thrown in. The main focus while playing is to explore each screen and gather ship parts to a recycling tower that provides credits in return. Once a part is found, Willy has to hold it meaning he can only jump and not attack so enemies will have to be avoided. Willy cannot move onto the next screen until he recycles all the ship pieces on that screen. The credits can be used for upgrades and those upgrades lead us to the next aspect of this title: Weapons

Willy starts off with one basic gun to attack wild creatures that drop gems that also add to your credit count. When you arrive at a save area there will also be an upgrade port near as well. That is the only area you can upgrade weapons with credits. The more you progress in the game the more different types of weapons are unlocked to utilize. One main weapon and one side weapon can be equipped at a time and to change them you need to be at an upgrade port as well.
In regards to platforming, just a basic jump is available, but Willy is equipped with a jetpack that helps him reach the highest of platforms. There is a fuel meter under his health bar that recharges on its own over time.

Some collectibles are thrown about the areas that will increase your health or fuel tank for the jetpack. The first gun’s fire range is fairly short and requires you to get too close to enemies to hurt them. The health bar depletes entirely too fast from only a few hits at the start so it would have made more sense to just give the hero a hit count over a health bar (SAVE EVERY CHANCE, YOU GET). The jump is not as precise as it should be for a title that demands the player to platform and avoid hazards like spikes. The game kind of gives off a false Metroid-like world exploration/layout but it is really more just a complete one screen go to the next screen simplistic game. 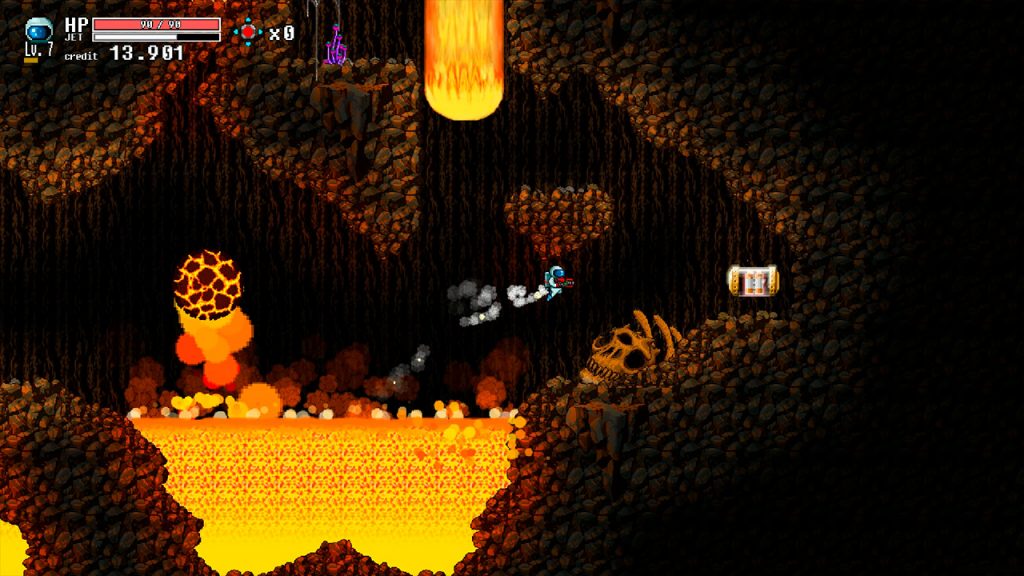 An appearance of a 90s video game is provided visually. The rocky terrain and starlight night background make the game take on a dark tone, but the use of neon colours for enemies, plant-life and buildings make the environments really pop. The graphics are basic, but the contrast of colours on each screen was impressively displayed. Some of the monsters are a bit generic, but the funny-looking odd combination of half slug half monk alien race that is on the planet saved the bacon in regards to character design, on top of Willy Jetman being an astromonkey. 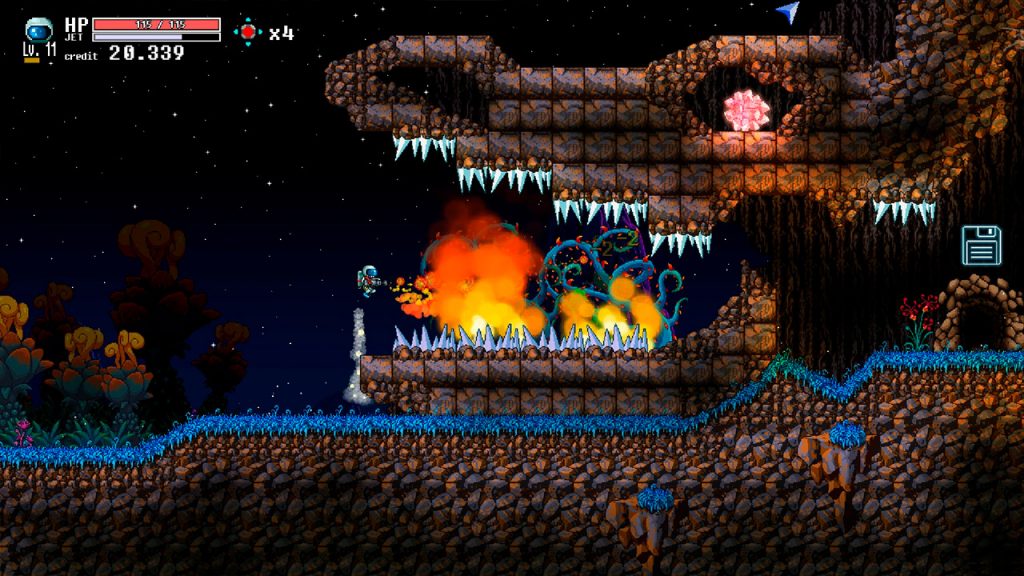 The audio was very underwhelming and did not provide the feeling of strange unknown space/planet adventure. Even the sound effects were more or less a dud. There was not much conversation or text to be read but at times Willy would come across other random aliens so the addition of voice acting could have help in this department. 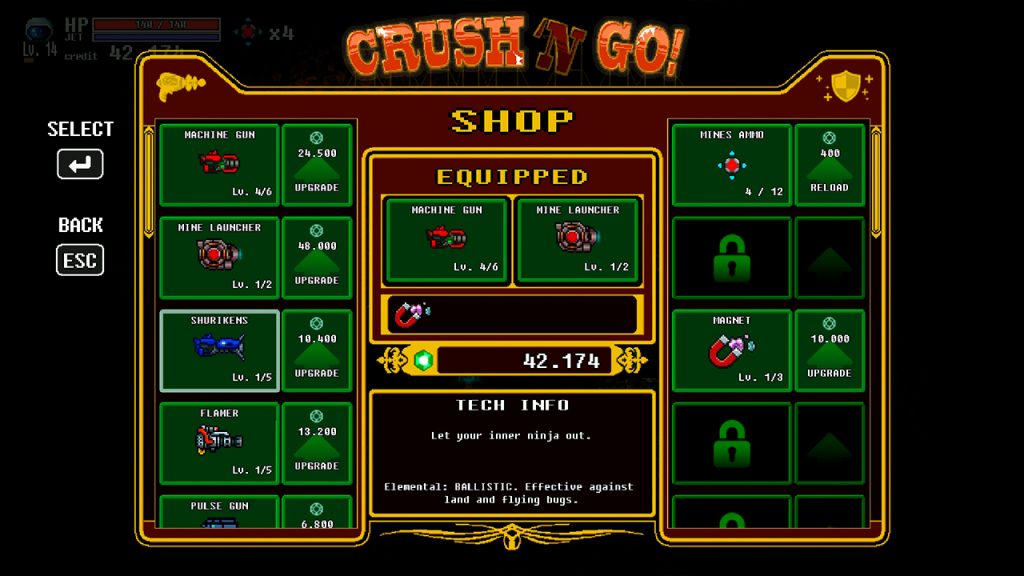 At the end of the day Willy Jetman: Astromonkey’s Revenge is a pretty decent action-adventure indie title. A game that will most likely fly under the radar but has the potential to be enjoyed by more than expected. There is nothing too demanding or one-dimensional here. I would recommend it, but maybe when it goes on a bit of a sale.

If you enjoyed that check out our review of Robots Under Attack for something different HERE!