Utawarerumono was first a Visual Novel game with some strategy elements for the PC in 2002. The original game was adapted for the PS2 and PSP as well as an Anime series and an OVA. As well as an HD remaster back in April 2019 on the PS4. The second game was made in two parts, being Mask of Deception and Mask of Truth, these were released in 2017 in the west. The in-game world is equivalent to 15-16th century Japan in technology and culture, with Ainu influences, and is continuously threatened by war.

Utawarerumono Zan is based on the Mask of Deception instalment; it is in no way a replacement for the story. The story is one of Zan’s biggest problems and it is by no means coherent for  someone who has not played the Visual Novel instalments. Most of the story makes little sense, having played the visual novel; it was a hard story to follow. From major plot points missing to charters not being correctly introduced within the story mode. It is not a shock when trying to get a 30-hour story into a 5-hour game.

In all honesty, the story is a travesty, and for the years we have been playing games here at Review Rush, we can safely say this is the worst story in a game, after such great stories from the Visual Novels. There is no reason to follow it you could just skip it all. 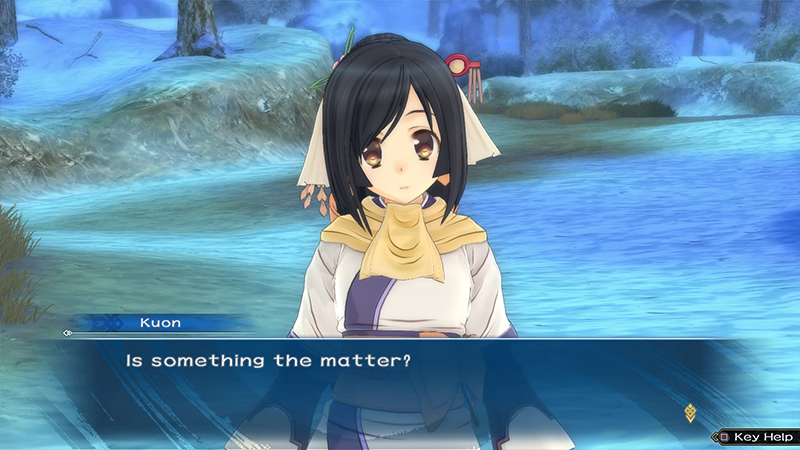 Utawarerumono Zan tries something different, but it does not quite nail it.
The games story mode runs in chapters keeping its Visual Novel roots. It is not a significant issue; the issue I do have with this is that there is too much Visual Novel and not enough action. Some chapters are merely watching a confusing story. It is almost as if they wanted to get the player to remember it was a Visual Novel. While progressing through the tedious story mode, the game gives the player a sizeable roster of characters to pick from, 12 in total.

Each of the characters all have their own moves set with a melee, ranged and a unique ability. The battle system is simple to learn; pushing triangle three times will pull off a distance attack combo, hold in triangle will do a heavier damage distance attack, or even a heavier melee attack (character depending). The unique ability can be a buff to the party or an attack; these are pulled off by simply pressing circle once the zeal bar has increased by one segment. Once a character reaches level 25, the zeal bar will increase from two to three, and it is possible to pull off a final attack these are massive damage attack combos that can be used once per fight.
When a chapter lets the player fight there will be the party set up, here the player can pick who from the roster to participate in the fight (some fights have locked in characters). The fights generally have multiple stages to them, for instance, kill 30 soldiers, 3 captains and 2 captains. Simple enough but give the level an aim rather than kill everything. Once the chapter is complete, it will get unlocking in free missions. In free mode, the characters will earn extra EXP and Money.

Exp levels up the characters, and there are ability points earned per fight, also these allow stats to be improved once enough points are gained. On the stat bar are stars that give a massive stat boost once reached. While levelling up, new abilities can be used and also more equipment may be equipped. The equipment is gained by spending Sen (money) it is a gatcha type game; this feels way out of left field; it does not feel like it should be in the game. There are different levels with higher level gear being unlockable. It would have been better as a store.

Along with the equipment, there are also military medals. These are unlocked by meeting the requirements, for instance, doing X amount of free missions. Once a line is completed just like bingo the player receives an Item to use in-game. Both these systems felt out of place and tacked on.
The game has plenty to unlock and collect along with levelling up the roster, and it can pull people back to playing the game.

Utawarerumono Zan shines with the fights but fails with everything else. 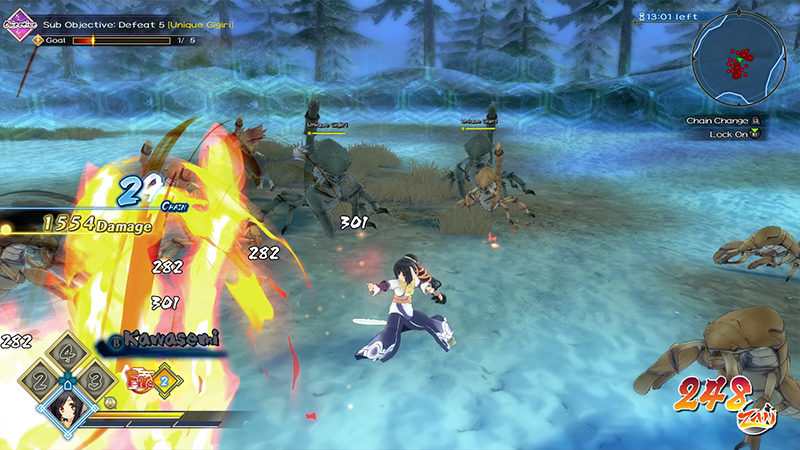 In the visual department, Utawarerumono Zan was boasted with having new 3D visuals. The visuals have been improved, and it has gone from a Visual Novel to a Musou-style fighting game. Levels are much smaller compared to Dynasty Warriors. The world looks ok nothing surprising, and the overall presentation feels very anime. The characters look and move well. The characters are the highlight of the visuals.

Even with this new style the cutscenes were so lacklustre the are boarding on boring to look at let alone being able to understand them. The 3D models are used but still in the Visual Novel style, so the characters are just static. Any actions being taken are done with a sound effect and a graphic overlay like a swiping sword. It felt as if the developers working on the cutscenes gave up or never even got started.

The visuals are decent with beautiful model movement, but that is as far as they go ‘decent.’ Nothing is impressive, and the 3D style was totally under utilised. 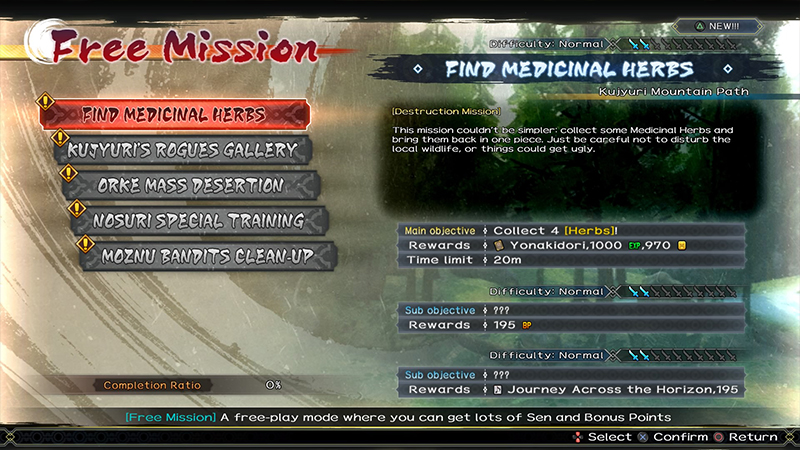 Is the sound quality better than the visuals and the story? Not really, unfortunately. The soundtrack is dull and blends way too much into the background, even when actively listening to the soundtrack. There are one or two decent sounding tracks, but even they do not add to the experience in the slightest.

The sound effects are slightly better when it is possible to hear them, over the annoying noise of the enemy soldiers dying with some of the laziest sounding voice acting. Not on the part of the actor’s fault, but everyone sounds the same.

The voice acting of the main cast is excellent; it shows off the individual personalities of the characters. For instance, Auty, and her lust of death and finding strong individuals to fight.

Overall the sounds design was underwhelming… 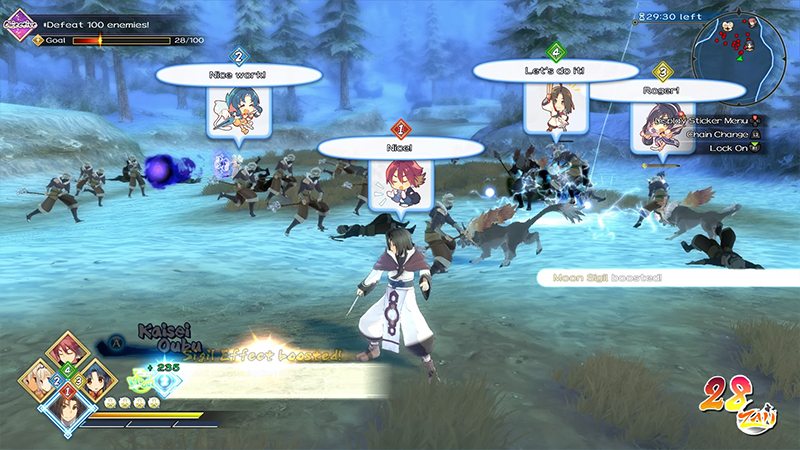 Utawarerumono Zan is an overall disappointment. There is so much wrong with the game that it overshadowed the one thing that was decent about it, the combat. The fact the gameplay is Musou based and after story mode missions the game unlocks free missions this saved the Utawarerumono Zan slightly.

We wanted to enjoy it, but it was not to be. There is potential, but it needs to go back to the drawing board and try something different. We would recommend skipping this one or wait for a big sale. Better still get Dynasty Warriors.

Check out this review of Rio Reincarnation: DATE ALIVE HERE! 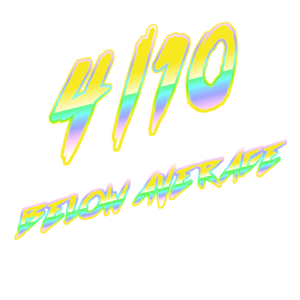 Remnant From The Ashes Review [PS4]