Tap Skaters needs no story; this is a simple pick, and game play is self-explanatory. As you start, you are treated to a simple tutorial that shows how to play the game (it is not needed). Diagonal tracks are going from left to right one below the other and tilted in a different angle to make the Skater go left and right. As you tap the screen, the Skater will drop down a level and speed up. On the tracks are obstacles that need to be avoided or the level restarts. You will never guess how they are avoided…Tap the screen before the Skater hits them. To mix up the gameplay 40 different missions have been included to complete from going down 10 levels to catch another Skater.
The art style is a simple 2D drawings. The game is bright and colourful. The music and sound effects are not impressive or even overly noticeable.

The game has plenty of Skaters to unlock. They can be purchased by coins that are collected while staking. The coins pile up quickly as a mission can be played and finished in less than a few minutes, giving plenty of replayablity while taking up very little time. 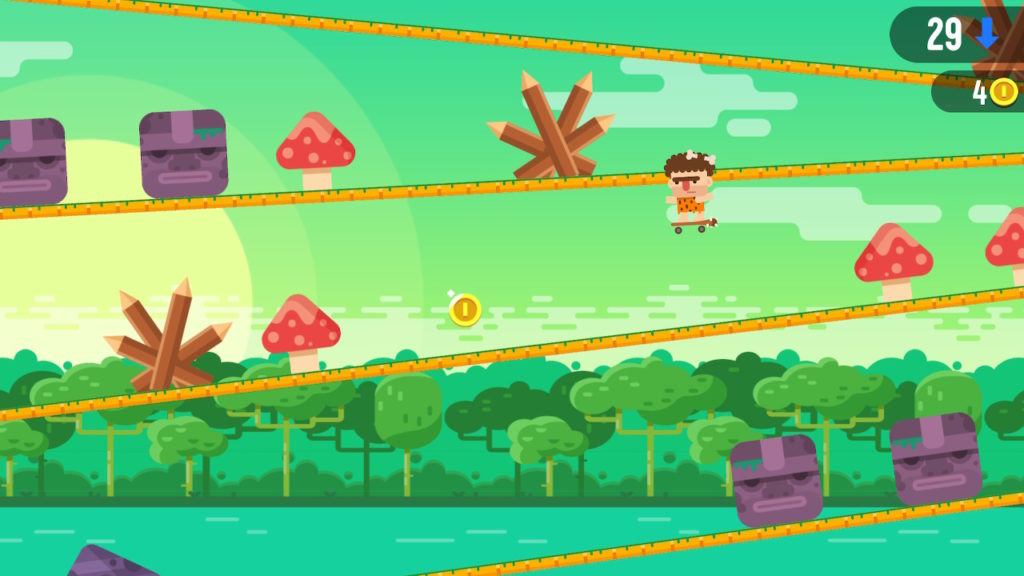 Tap Skater feels like and is a mobile game, is it worth the purchase of Switch? If you want something to play while going on a short bus journey or before bed, yeah, the price is reasonable, and there is plenty to unlock. I would not, however, be running out to buy it straight away, this would be more of an “I am bored and need something to waste my time” sort of buy.

Mr Blaster is a fighter or sorts! The premise is to throw your weapon at the opponent, while the half a plant slowly moves up and down the screen. To do this, you pull back on the left stick to pick the amount of power then aim by moving the left stick up and down, then B to fire. The gameplay goes back and forth with each player getting one throw at a time. If you hit the opposing player, they will lose some health and maybe expose some bones.
Along with showing bones, there is also an element of ragdoll physics employed, that is weird but entertaining. Once a player’s health has been depleted, it’s time to “Finish Him” here the opponent stands there, and you hit them again. Mr Blaster also included a multiplayer mode this is fun playing against a real person make this game far more enjoyable and challenging.

The matches can vary in length depending on the skill level of each player. It is very easy to miss, not to mention the debris floating around the players that can be hit. After the match is over the players, gain coin to be spent on unlocking new characters, from an American football player to Zeus himself. Each with there own unique attacks, adding variety as well as replayability.

The game is a simple-looking 2D game, the characters are all parodies of famous people, and with the ragdoll physics they feel like puppets. When hit and showing bones, the game reminds me of South Park in style. The music and sound effects do not add much to the game except for the different sounding attacks. 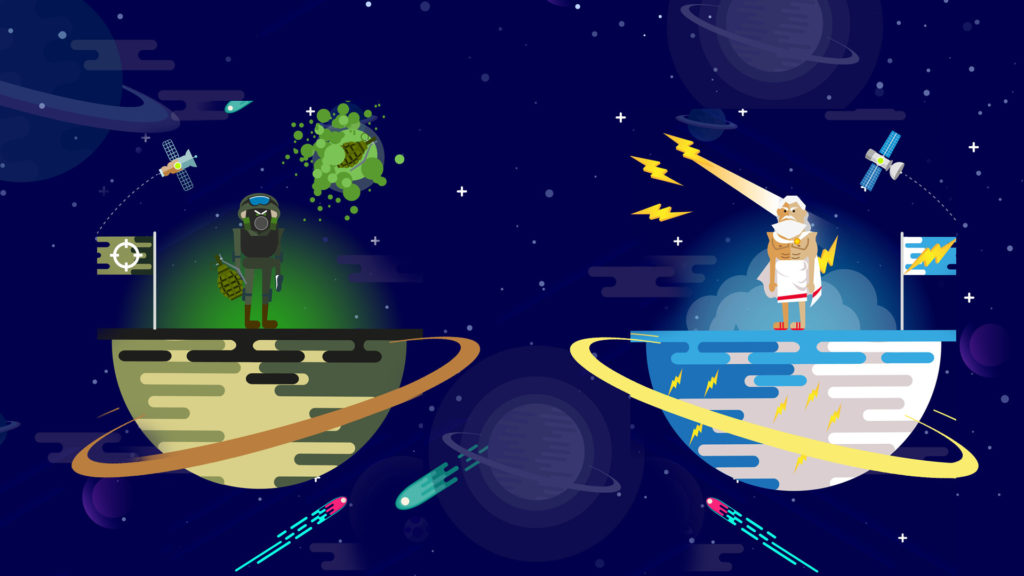 Mr Blaster is a fun multiplayer game, that is great with a friend for a party. It, however, get very monotonous quickly; if people keep missing, it is substantially worse against the AI. It is a game I would not ever buy, but for its price point, it will give a few hours of fun and let’s be honest for less then £2 you can’t beat it for a few hours of gameplay.