Torchlight was initially a PC only title that I loved I spent countless hours making my way down the mines under Torchlight to collect the loot, kill tones of enemies and carry on deeper anddeeper. I, however, did not play the sequel on the PC Torchlight II, so when I head it was going to consoles, I jumped at the chance to get my hands on it. Was it worth the seven-year wait to hit a console?

The story with the town of Torchlight going up in flames, destroyed by the Alchemist (one of the first game’s characters). With his research into Ember sending him crazy and becoming the evil he first fought against. It is now up to a new band of champions to stop the Alchemist before he destroys the elementals that watch over the land.

That is the overall story apart from the odd bread crumb of a narrative here and there. This is not a problem as the story is not a massive draw for this game. 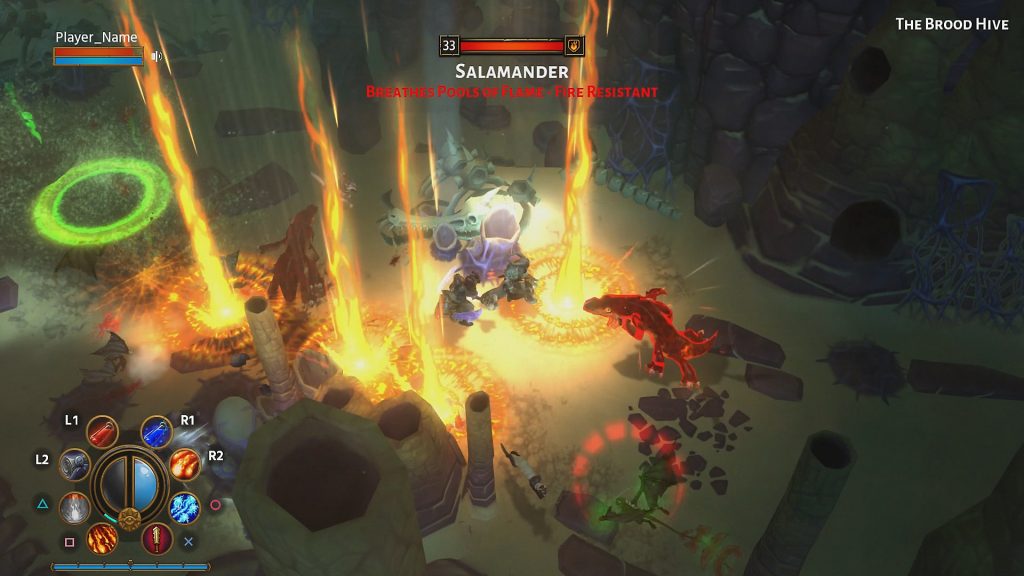 Torchlight II gameplay is as simple as it comes, the gameplay loop is getting a quest from town, go out explore the area, kill everything that moves, collect loot, equip better gear, find new quests, hand in a quest all the while levelling up. The same way that Diablo does it, considering it is ex-Diablo 2 devs that made Torchlight it makes sense. If it works, why fix it? There are dribs and drabs of the story to read when talking to the required NPCs, but most of the quest information and story can be missed out as all quest are basically go there kill everything retrieves/save something, go back to the quest giver. The rest of the gameplay makes up for the simple gameplay loop.

Let’s go back to the start of the game before we get out into the big evil world. To start the player must create a new character from four classes;

Berserker – This class if out and out damage dealer with the ability to summon animals to fight with them. Suffer from the low defence stats, but when a foe dies with one hit from these powerhouses who needs defence.
Embermage – Cast devastating magic from afar, keep out of the midst of battle and reduce the enemy before they reach you. Mana management is key to surviving with an Embermage.
Outlander – The gun wielder that does not stand still as to do so means death. Do not fear as enemies need to catch the Outlander first with the mass array of traps and status effects for the enemies to deal with it is hard to pin the Outlander down.
Engineer – Is always at the forefront of any fight taking little damage and dealing out massive amounts with each swing of their clubs. With the most versatile game play, not to mention the army or robots. Do not fear when an Engineer is near.

Once a class has been picked, there is a simple character customisation, the only part that really matters is the male or female selection as this will define the over all look in the world. You do not see the face or the colour of the starting gear once equipment is gathered

Each of the classes then has three skill tress to put points in to, each making the character play differently. A word of warning there is only a small ability to re-spec the last three points spent while levelling up.

With ability points, you are rewarded with five statistics with each level up to distribute into health, mana, strength, spell power and movement speed. Depending on the Class pick will influence the stats the points go in to. For instance, I was an engineer, and I put all the points in strength and health exclusively.

The last thing to consider is the Pet, not the type of put but how to use the Pet. Its primary function is to send back to the town to sell the unwanted junk and cutting out the annoying back to town to sell stuff. Also feeding the Pet a special fish, will transform into an enemy and gain its abilities and powers for a set time.

After that it kill EVERYTHING!!!! While completing quests.

The game play is so much fun and very addictive and will keep players coming back for more. There is replayability with playing as all the classes. 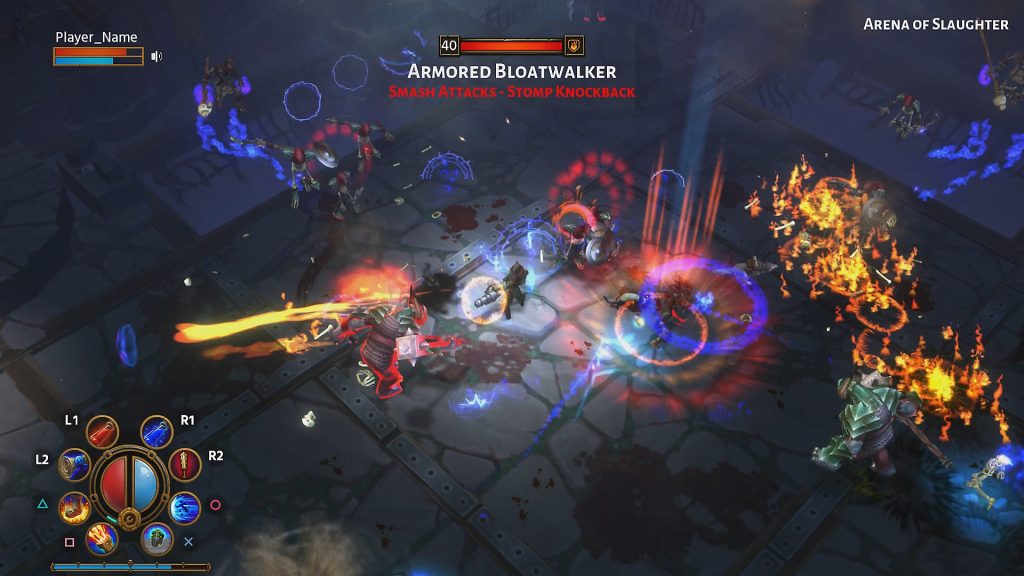 Torchlight II is both an exciting and bland mix of eastern and western civilisations mixed with an almost cartoon-like overview, that feels all too familiar.
Though out the numerous biomes in Torchlight II there are the standard fantasy tropes of east meets west, oriental style temples, with western dragons, dungeons filled with goblins and spiders. Nothing that has not been seen a million times before. Is this so bad? Not at all. The devs took what everyone liked with Diablo the dungeons the fell the looks and put their own twist on things by using a more cartoon-based art style. The art style leans more towards the fantasy style of World of Warcraft, it looks good and is instantly recognisable as a fantasy game.

There is a visual issue the graphics are highly dated, they look like a seven-year-old game. It will take nothing away from the gameplay, but some of the texture is poor and are missing the level of detail that Diablo 3 brings. This is the biggest let down of the graphics.

The performance is excellent, no slowdown even when a lot happening on screen, loading times are great, and I encountered no bugs. 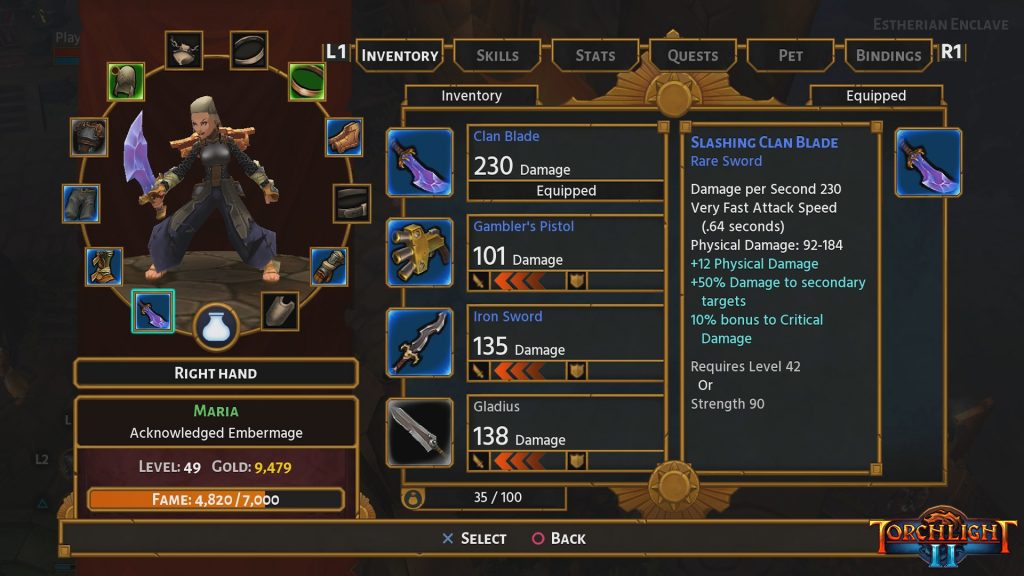 Torchlight II sound design is decent, as a whole package the sounds all work great together individually they all stand the test of time.
The soundtrack is surprisingly good, the music is fantasy though and though, with a mix of eastern and western influences. Some beautiful, mysterious sounding tracks that make you feel as you are out of this world, to the more bass-heavy war dumb feel of approaching troops in a dungeon or boss room. Each serves the purpose and the surroundings fantastically.

The in-game sounds are nothing that will blow your socks off. The generic gunfire, sword swings, along with the explosions of the fire and the wind splitting sounds of ice hurling towards the enemy is everything you would expect in a fantasy game of these type.

Overall, the sound design does a good job of conveying a fantasy-filled world. 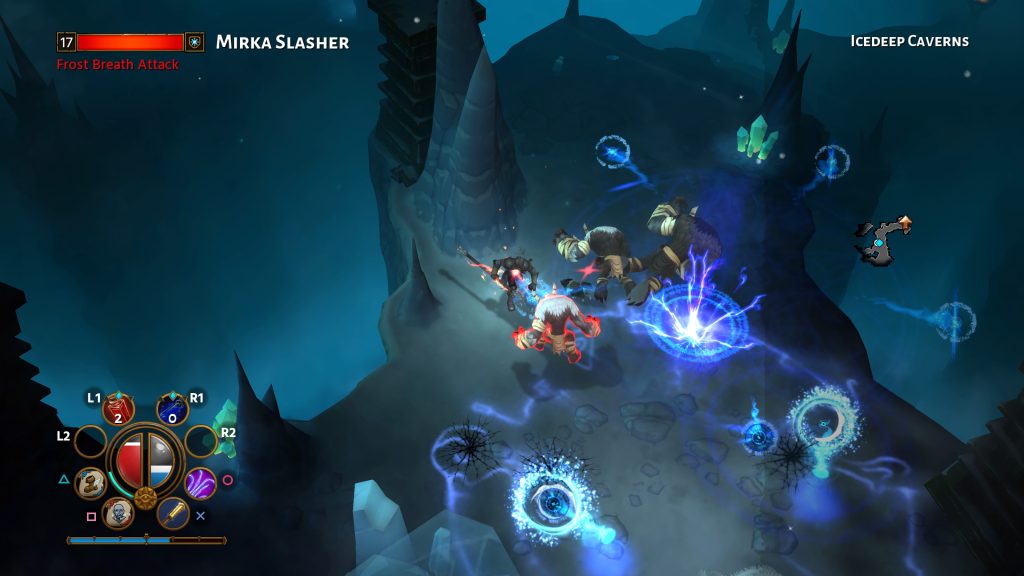 As a whole package, Torchlight II is better than the sum of its parts, everything within the game individually is of an ‘okay’ standard. Put it all together is becomes this non-stop murder-fest of levelling up, grabbing loot, equipping new gear powerhouse. It stands up very well to its more significant brother Diablo 3. If you enjoy the Diablo franchise, this is a fantastic substitute, and it is far cheaper also.

Torchlight II is a definite buy on any platform.

If you liked this review then check out our review of Forager HERE!