Our first Nintendo title supplied and another shining example of the Wii U having good games. Tokyo Mirage Sessions #FE Encore is port for the Nintendo Switch but is it worth your money? Let’s dive in and find out.

The story revolves around Itsuki Aoi, who is at an event for the next Idol. Aoi has no interest in the talent business, but he is meeting his classmate Tsubasas Oribe. In a strange turn of events, Aoi and Oribe get tangled up in an otherworldly activity. The idol show was attacked by a seemingly deranged presenter that knocks out and steals everyone’s proforma except for our two protagonists. Oribe is kidnapped through a door to another world. Aoi follows and soon realises he is in over his head. He is set upon by a Mirage that quickly becomes his ally, and Aoi sets off to save his classmate. Unbeknown to him another classmate Touma Akagi already knows about these events and helps Aoi. After this incident, Akagi takes the pair to Fortuna Entertainment not only in attempt to work toward becoming entertainers but also to save Tokyo.

The story stays somewhat generic but with an entertainment twist. There are a couple of harder-hitting plot points, overall it is relatively lighthearted. 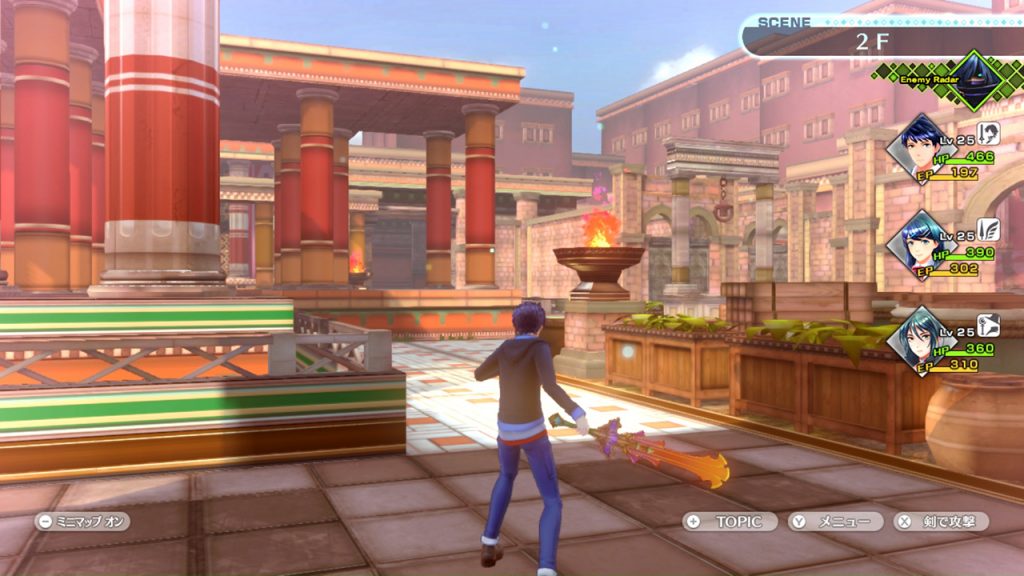 Let’s get started on this one as there are plenty of things to look at and discuss. Firstly this is your typical JRPG experience in terms of battles. The characters with the most speed will attack first then so on. The fight is over once one party has been destroyed and EXP ability points/items are rewarded. Standard things we have grown to expect from JRPGs at this point. Now on to the not so standard mechanics…

In Tokyo Mirage, the world is based on real-world Tokyo. With real locations and to some degree, accurately remade. Except this is the world of entertainment and Mirage attacks. Since entertainment is the world most things have a musical theme to them.

Mirages are basically ghosts that can steal people’s Performa and even possess them if they are strong enough. When there is a Mirage attack, there will be a black wall covering a section of the map. Inside the wall, it is dark full of despair and no one has any motivation to do anything. On the other side of the wall, the world is as normal. The Performa is in short, a person’s magical essence, that can be manifested into the real world and even stolen. If someone’s Performa is particularly strong, they can join with Mirages to fight the evil ones.

This is the world that the protagonist crosses over to stop a Mirage for stealing the Performas. The Idolashere works as the dungeons of the game. There are simple puzzles to solve and plenty to fight, to level up and learn skills.

For our protagonists, they have joined with Mirages after freeing them to take down the ones praying on humans. When in a dungeon, a Mirage is a weapon that can be used for various things like attacking enemies to get an attack first. When in a battle, they also act as the costume allowing the character to fight against enemies.

Along with being the weapons, they also learn abilities that can be equipped as well as upgraded if duplicate abilities are learnt. Once the weapon form is mastered, then it is time to change to a new one.

To level up the Mirages or change their form a Carnage Unity needs to be performed. To do so, there must be enough of the required items to make Unity happen. This will level up the Mirage and unlock new stat changes, abilities to learn as well some of the carnage look sweet. Carnages can be swapped at any point from the menu once made.

There are also Radiant Unities. These are passive buffs that will be activated once the right items have been found in the world.

Abilities come in a few forms

Making sure there are compatible Session skills equipped to characters that trigger when a command skill is performed is vital to defeating some enemies, or at least providing yourself an easier time.

Within each of the chapters, it will be possible to activate a side quest. These usually are collect this item or kill X of … and are completed relatively quickly. They add little to the game.

The character orientated quest are actually really good because they reveal more about each person’s characteristics, motivations etc. and will unlock new skills or unities. These quests add to the character development, and I love lore and backstories.

This relates to the crossover that players will find in the game. In fact, two crossovers are featured in Tokyo Mirage. Firstly and most well know is the Fire Emblem (FE) crossover. These are characters from the FE universe are featured as Mirages. The lesser-known cross over is from Shin Megami Tensei and Persona, with ATLUS being the developer several abilities have crossed over from there. Along with Mirages acting the same as Personas.

With this newer version of Tokyo Mirage, there have been a few additions. New story elements, characters, and music. A ton more content to get through. Along with being portable.

I covered the main parts of the game, there is still a fair amount of content to go over, but this review would turn into a guide. I felt this was a great wee game, and if you enjoy a good old fashioned JRPG, then it could be worth looking in to. 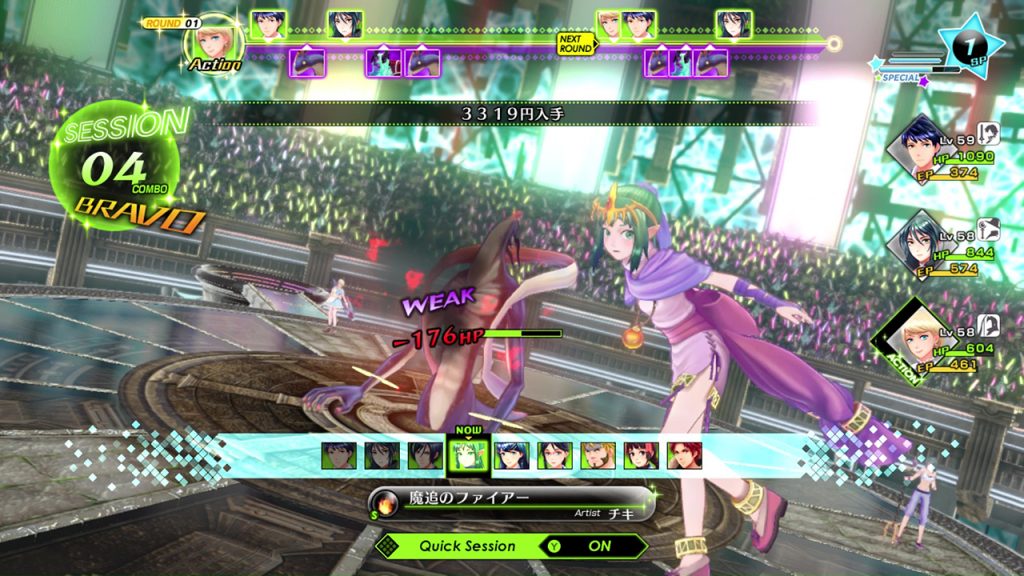 Visually Tokyo Mirage is nothing surprising, and it shows that it is from an older console. Is this a bad thing? In my opinion, not really. The world is well built and is based on real Tokyo locations. The character models are a little on the simple side, as well as the animations, they seem wooden. It does, however, ooze charm with its stage-like setting for battles and flash Sessions attacks.

I adored the anime drawn cut-scenes. These were simply stunning to watch, I wished there where more though.

I did not come across any bugs with my playthrough. 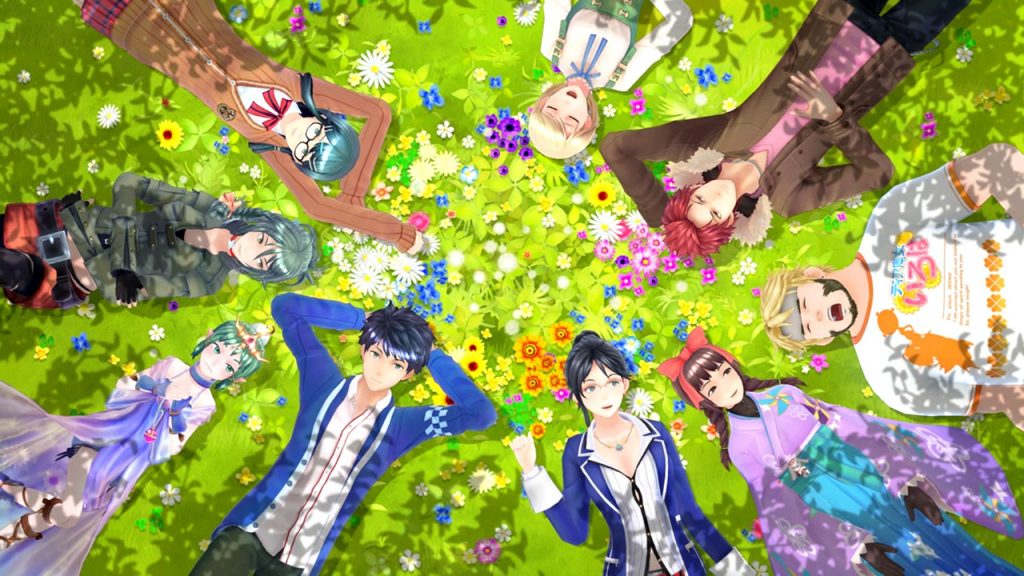 The sounds design is damn good here. The soundtrack is really good, but I suppose it has to be considering there is a lot to do with being an idol within the story-line. As well as being in the entertainment business.

The voice acting is something I really enjoyed. The voice talent did a great job of conveying the needed emotions throughout the game. The whole game is voice acted. 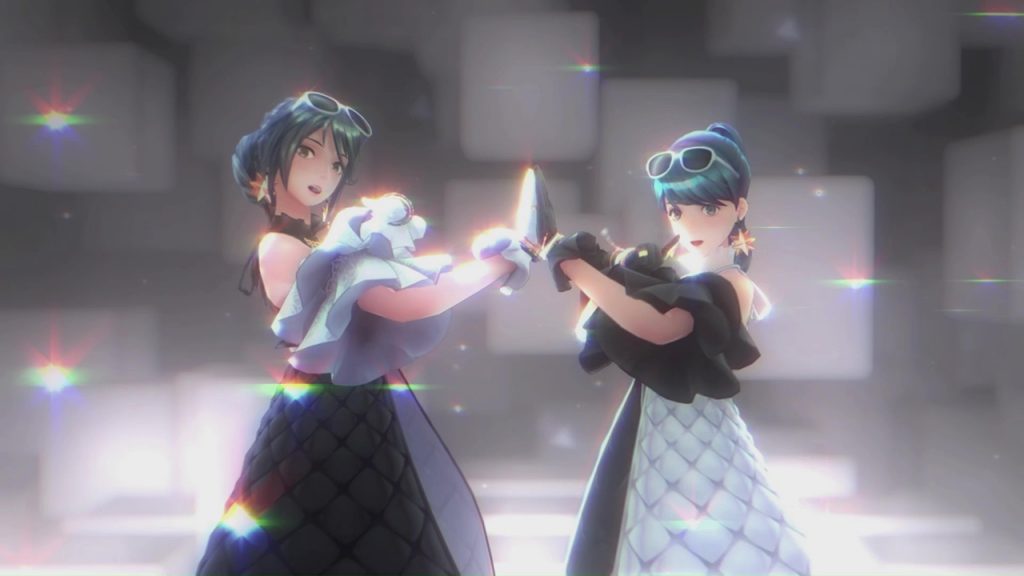 Overall, Tokyo Mirage is a decent JRPG with a lot of things going on that will keep a player busy. It is not a complicated affair, as there are plenty of tutorials to make sure a player knows what to do. It is paced well both in the story and leveling up.
I would have liked there to have been a less generic plot, especially in a world that is designed around music and entertainment.
I would definitely recommend this one, even if it is a little bit on the pricey side. If you are looking for a decent JRPG that not taxing on the think box and with some familiar faces, then look no further.

Check out this review of Destiny Connect for more simple JRPG fun HERE!