The Bard’s Tale IV: Directors Cut has hit the consoles. The 1980’s classic is back bigger and more beautiful than ever.

Gather round and listen to the Bard weave a tale of Skala Brea. Since long ago Skala Brea has been in the middle of a battle between Magic and the ones who are against it. With constant battling there has grown strife in all aspects of life, political, racial and economic. Everyone living in fear of the other races, it is a boiling pot ready to explode. Here our hero takes to the dark, dank underground streets in hopes of glory, loot and bloodshed.

The writing in the game is top-notch, with great character interactions of the party, the NPC’s and in the story itself. At times some of the conversations mean nothing and are there for fun. Others are deep story filling and pungent. There a few games that can get the mix of serious and downright crazy but right here is one example of how it is done. 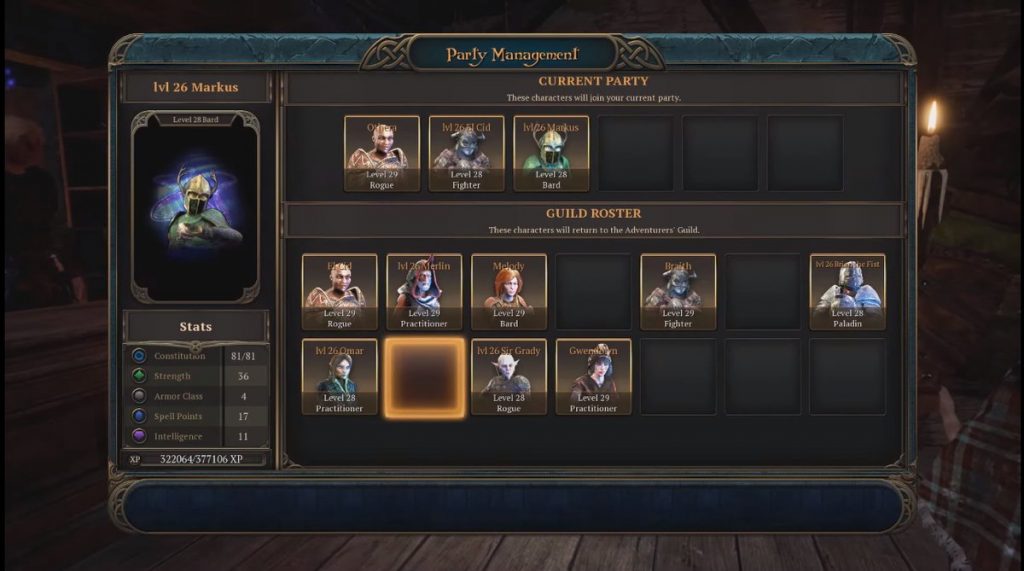 A lot is going in The Bard’s Tale IV, so let’s get right to it.

We will start off with movement, the game offers two options:
Normal – The player has full control over the parties movement, like in most games.
Grid-Based – This turns moving into a four-directional traditional dungeon crawler. An excellent addition that I was not expecting the game bring back the 1980’s. It works by glyphs being highlighted on the floor representing where the party can move.

Now onto the character creator, there are four base classes. Play as Bard, Fighter, Practitioner, and Rogue, each with 60-70 skills and unlocking 21 unique classes. This opens up plenty of play styles and does not only count for your own character, but it is possible to create every character you recruit to your team. You can recruit pre-made characters as well. It was great to have the freedom and opened up the RPG player in me. I crafted characters that were perfect for my play-style, it did take a long time, a very long time, but was so worth it.

Let’s break down the base classes:
Bard – One of the most essential and complicated classes in the game. It is the class that gives buffs to the party and debuffs to the enemies. The Bard is also a good damage dealer. The three starting skills are Chop a basic hit attack. Chug this allows the Bard to drink, sing songs and augment its power. Lastly, Sanctuary that can protect one character each turn.
Fighter – Has the highest health pool making this class basically the tank. With Chop and Taunt as starting skills further cementing the tank role.
Practitioner – Is the group Mage, with plenty of choices on how to attack but low health.
Rogue – Is the highest damage dealer in the classes and can fight with a bow or sword. They also can hide in the shadows.

Combat is a tactical game with some mechanics to take into consideration. The first thing to look is the mob colour before you attempt a fight, Green – weaker than your team, Orange – roughly same level, Red – do not try to fight. The battle basics are kill the other enemy before they kill you, with turned based combat. The combat is set on a four by two grid on both sides. The party has shared action points, bards and Practitioner have mana points outside of action points. On your turn, any living character can move or attack as long as there are action points. Each skill has different cost and area of effects, so character positioning is vital.

Some enemies will have powerful attacks that need time to charge up. These attacks can be interrupted with specific attacks; they will glow purple. Some enemies will have armor that needs to be depleted before the attacks will cause damage. Enemies, as well as your party, can cause debuffs, for example, burning. Such status effects last a set number of turns and can be cured.

I found a massive problem with the battle system unfortunately, and this is no understatement, there are times where the game is downright unfair. You will face off against a green or yellow mob, but will have monsters that are way too powerful – do crazy damage and have massive health pools. They can easily wipe out the team. This happened to me WAY too many times to be fun, I am up for a challenge, but this was just unfair. The game does allow the player to save at any time, it got the point of saving before every fight. There are no checkpoints and you will go back to the last save made.

There are numerous puzzles to solve while adventuring in Skala Brea, ranging from finding ruins, play a song collect the loot, to slightly more complex door opening puzzles with cogs. There are even puzzle weapons that can be improved by solving puzzles.

What is a good RPG without side quests, and there is no shortage of them here. Talking to the locals will get you all manner of side quests. Solve a murder, kill X amount of enemies, some quick, some long, some that are just weird, The Bard’s Tale IV has them all. Along with a playtime of around 50-60 hours, there is plenty to keep you busy. 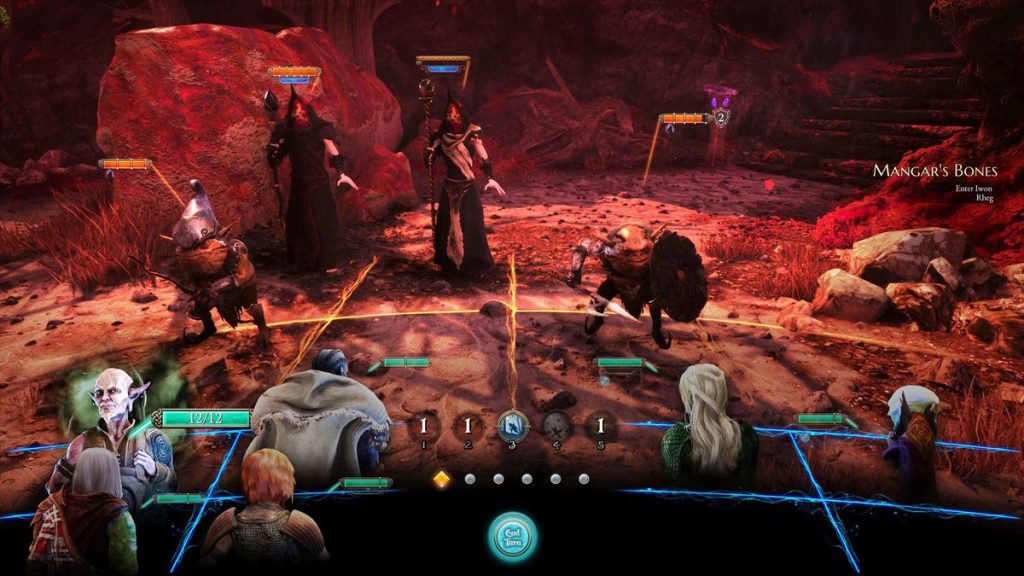 In the visual department is not too shabby and I was stunned when I started the game up. The town of Skara Brae is a sprawling town, full of life and people. There are a large number of assets in the town boxes, market stalls etc. Not only is Skala Brea busy and lively, it has beautiful objects that are highly detailed and polished.

Then you enter the underground streets with dilapidated buildings crumbling all around you, stunning lighting effects illuminate the areas. The locals are also eye-catching each race easily recognizable. The graphics do not let up when entering a battle the enemies look amazing, some of the best models and textures I have seen in an RPG for a while.

The game looks great, not much texture popping or loading problems that I noticed. There was a slight issue with stuttering on screen, I played this on a PS4 Pro and every 5-10 seconds there was a slight stutter in the character movement. I have no idea why, but it did get annoying after a while. Aside from this, there was nothing else of note, the game was fine in all other aspects. 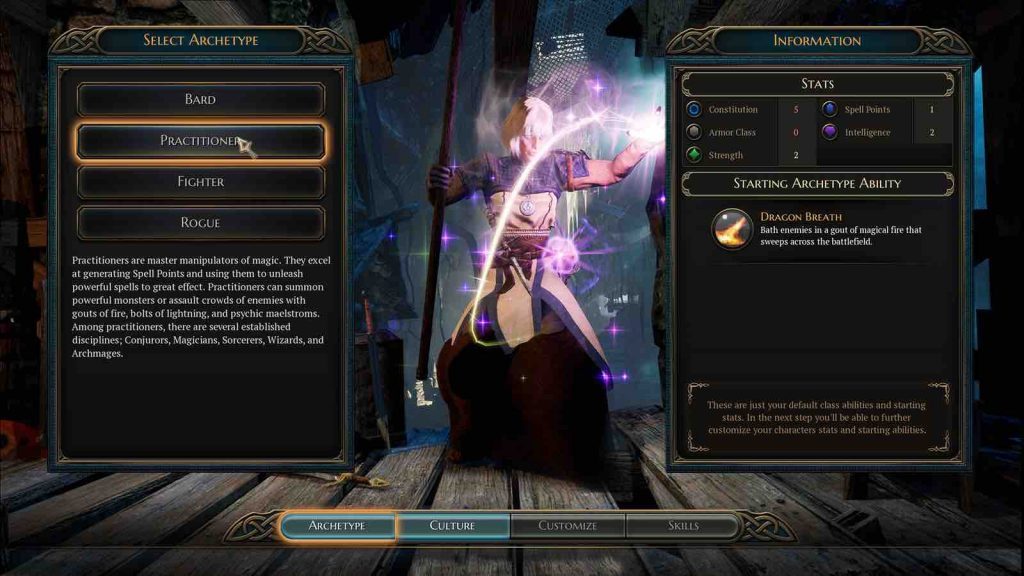 The voice acting and music are both outstanding. The sound effects are also great, but the first two standout most.

We will start with voice acting that is on par with the best AAA titles out there today. The way the characters talk to each other, the fluidity of the narrative, the crazy man spouting gibberish; each gives life and personality to the world. Plenty of drunk Scot folks in here too, as Skala Brae is in Orkney, it was good to see a voice continuity.

Orkney is a part of Scotland and the music represents this throughout. The whole soundtrack is traditional Gaelic music, and let me just say it is marvellous. I would go as far as to say it is up there with Persona 5’s or The Witcher 3’s soundtrack. Yes, it is that good. I would recommend giving it a listen, and before you say I bet you like Gaelic music, I can assure you I do not like it at all. I stay away from a kaley (traditional Scottish party) as much as possible. 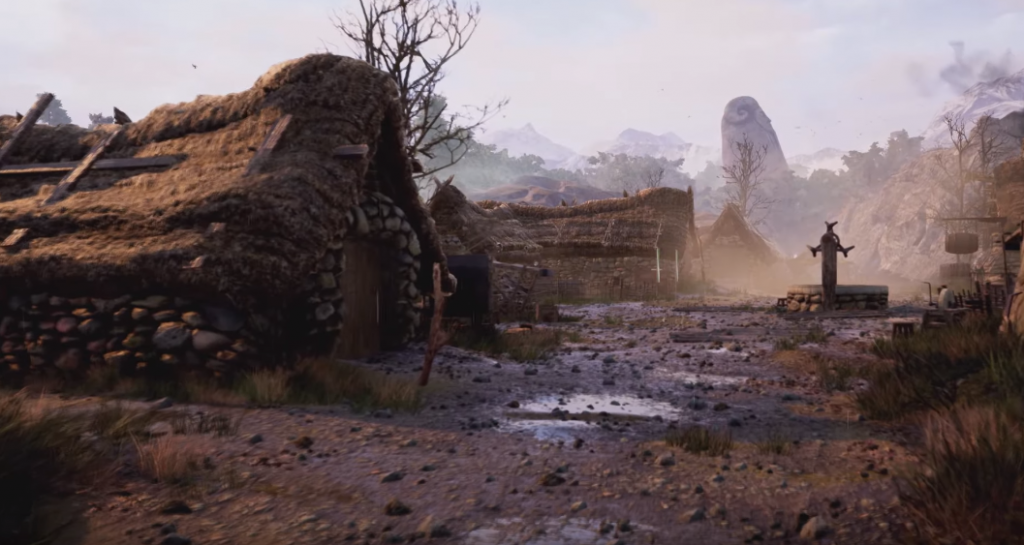 The Bard’s Tale IV is a massive sparkling RPG that on the whole is just stunning and a joy to behold, with some outstanding music and voice acting. To the in-depth character creation and customization. It is let down, however, by that graphical glitches I experienced as well as the ridiculous difficulty spikes. It is a shame as the rest of the game is top quality.

I would recommend this game to most people for sure, if not for dying from what is simply unlucky RNGods this ends up being a wait for a sale title.

For something a little more pick up and play, check out our Penguin wars review HERE!