An ancient mysterious world is nearing its end of days. A young woman is running from creatures that will kill her and toward an answer as to what is happening to her world. There is nothing provided in regards to context or plot other than traveling onward, no matter the obstacle in the way is imperative for survival. 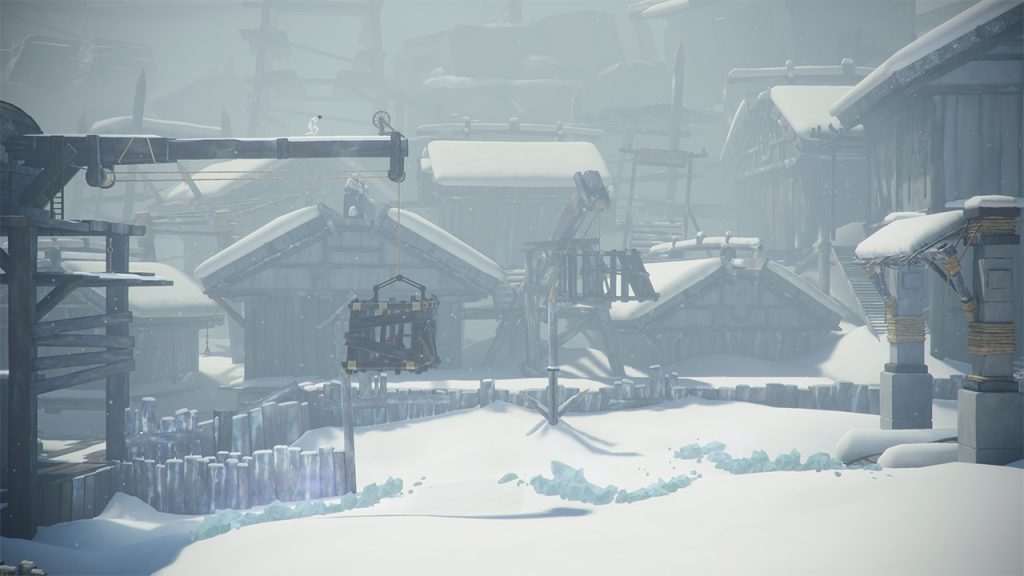 Stela’s play, and plot style is exactly like Limbo and Little Nightmares. The game just starts right off with no explanation or dialogue for the player not in a bad way though. The young woman can run, jump and pull/push objects in order to solve puzzles and sneak past varies vicious monster. If you die from a creature too big of a fall or a pitfall, then you will restart at pretty generous checkpoints.

In general, the controls are responsive and good enough. Sometimes I felt the jump did not respond when it should have resulting in deaths, but really that is my only issue with how the game plays. The puzzles are not difficult and the game really sets the mark with the environments in which you are traveling through. 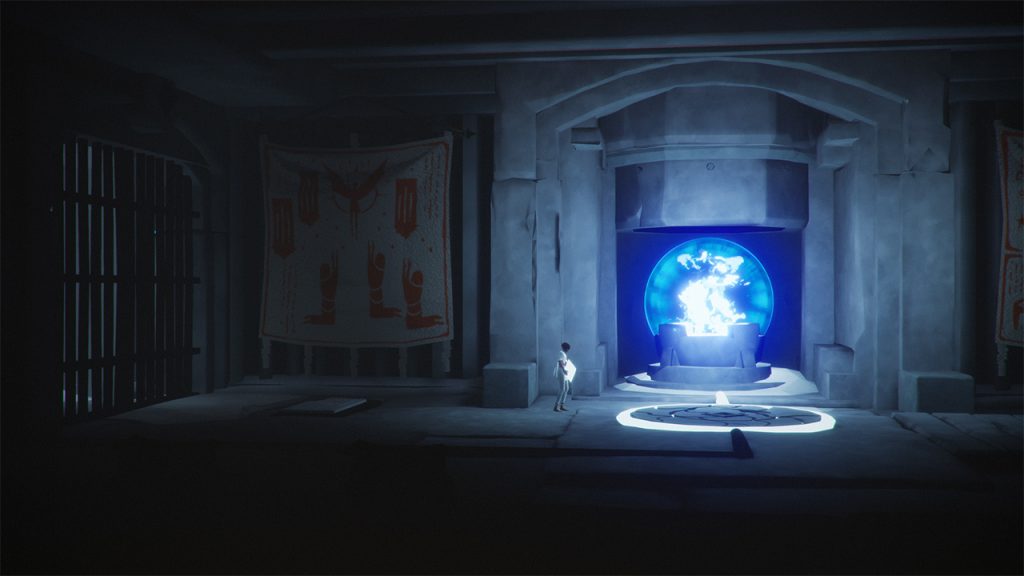 The visuals are a bit of a mixed bag for me because mainly I want to absolutely glow about how wondrous and dangerous the entire game is no matter what section you are in. The creatures that stalk you are all nasty, instill fear and got my heart pounding when they were closing in on me. The best part is that at first I thought it was just going to be this swarm of bugs like The Mummy movies, but heck no! They were just the start of the beasts that will kill you upon sight. The settings were impressively grandiose, too. It gave me the dreadful feeling of how much of an insignificant speck she was during these catastrophic events.

I liked the colour scheme used as well. Most of the platforms and creatures were a dark brown or black, and the rest of the areas were just a faded bright color unique to that location. As I have boasted about the visuals this much, I have to say everything was blurry. There was a bit too much of a lack of detail for me, and I could not tell if it was an intentional art direction or because of a lack of effort/polish. 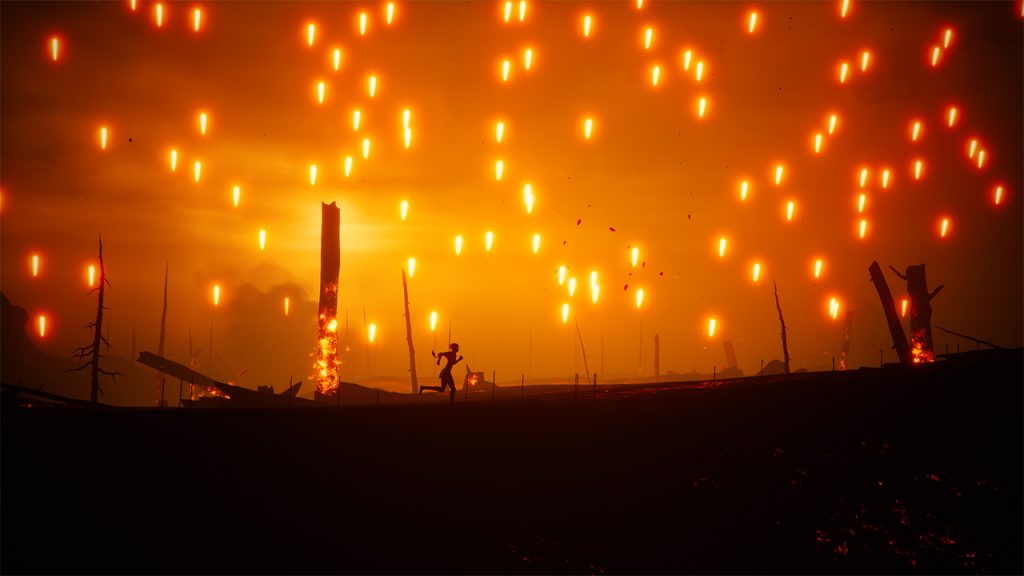 The sound design is fantastic. Something apocalyptic is happening, but we do not know what and that atmosphere is captured perfectly audibly. She is trying to sneak past certain things and the game is eerily quite then, but when running for her life the music picks up instantly to seriously intense that gets the heart pumping. I felt the music got even better the further I got into the game, like the more my interest grew the more music came along while playing. The audio was expertly applied in my opinion. 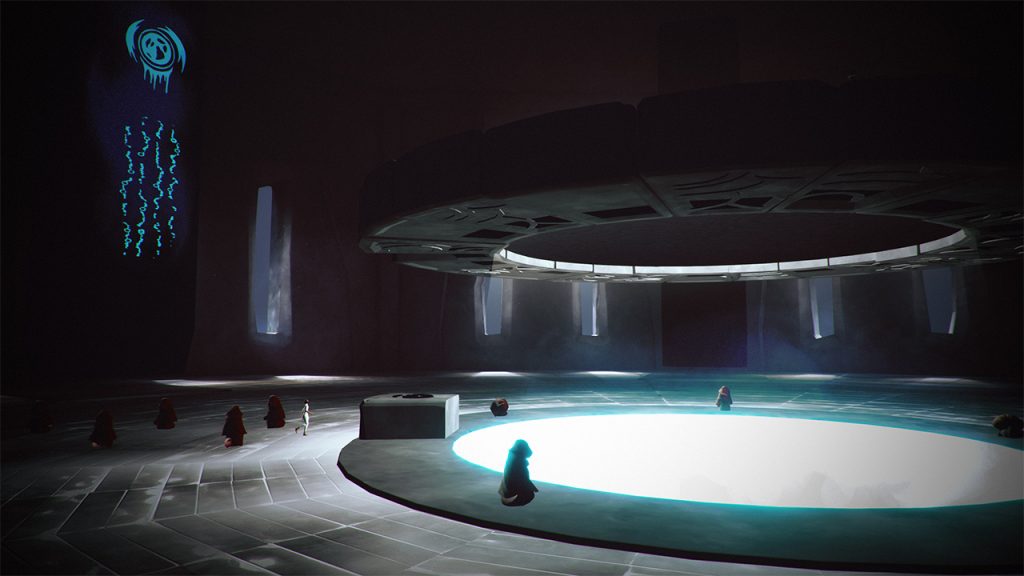 The further the journey went, the more invested I became in wanting to know what was occurring and what was going to happen. I felt compelled to finish the game, which is great, but the ending did not pay off nearly enough for me. Given how disappointed I was with the ending and the price of $19.99 mixed with a lack of replay, and along with some visual fuzziness the final score suffers from what could have been an Indie of the Year for me. If you love Limbo or Little Nightmares, then stick this one on your eShop wish list and wait for at least a 50% sale is my recommendation.

If you enjoyed this check out our review of 3000th Duel HERE!