It is the 41st Millennium and the traitors legion of Chaos the Word Bearers, have lured their sworn enemies the loyalist Marines of the Space Wolfs into a trap and forced them to land on the feral world of Kanak. The Word Bearers are going to attempt to wipe you and your squad out. Lead the Space Wolfs to victory and purge the Chaos Scum.

The Sons of Fenris they are, hardened in the forge of their harsh world, eager for battle and honour. They are the grey warriors, ashen like the wolf, whose greatest joy is to hear the clamour of steel amidst the din of war.“
—The Space Wolves Catechism 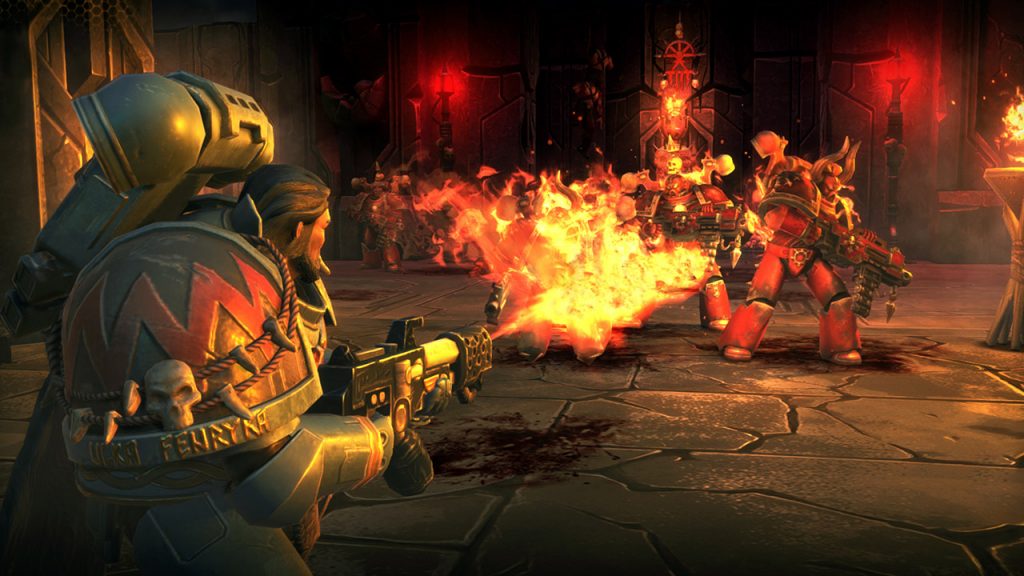 The gameplay is a tactical collectable card game, with turned based tile combat, where all actions are made by the cards in each units decks. Cards come in a variety of forms – weapon, movement and support. They can all be discarded for movement, or used for their intended purpose. For instance, if in your hand is just weapon cards, one card could be used to move the Space Marine within the movement area. Like in all tactical games each attack card has a range, spread along with damage. These need to be taken into consideration before attacking.

Space Wolf was a mobile game in its first outing as a game. Here all the F2P elements have been removed. The progression feels so much smoother and not as much of a grind. I played the mobile game when it was first released, it was a grind fest. Here the progression is good with card drops after each fight as well as being able to purchase the card packs.

There is a simple level-up system in Space Wolf where every four levels the player can pick one of two traits to help fit their play style. The traits can be changed before each battle. One great thing about Space Wolf is that the game saves after each move, so it is simple to pick up and play at any time.

The game is massively improved from its mobile outing. It is now a solid tactical card game. 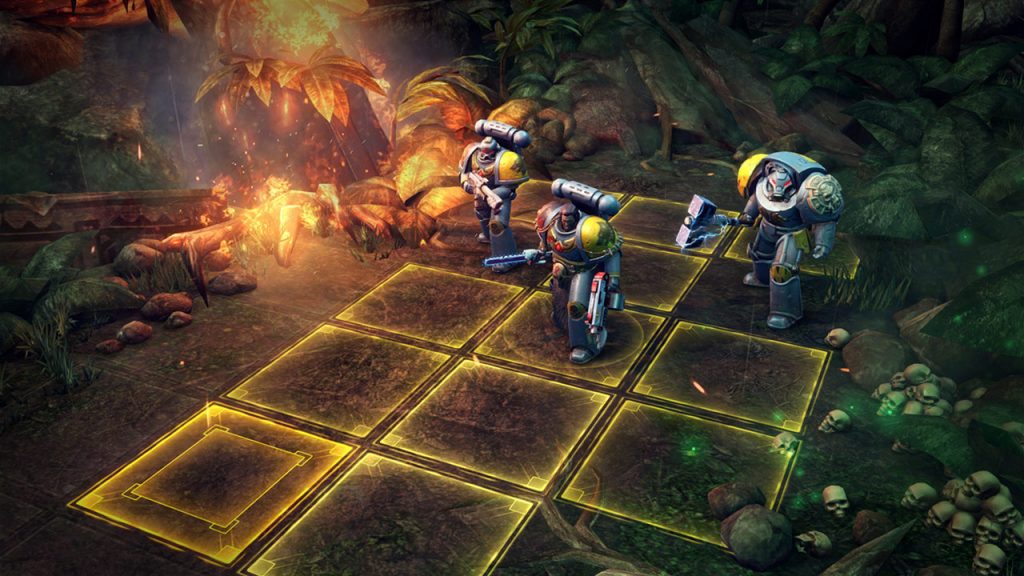 In terms of graphics, Space Wolf is nothing special, it could have done better with more detail on the character models. It is no way bad but could be better, especially with some of the games the Switch can run.

There were no bugs I came across while I played. 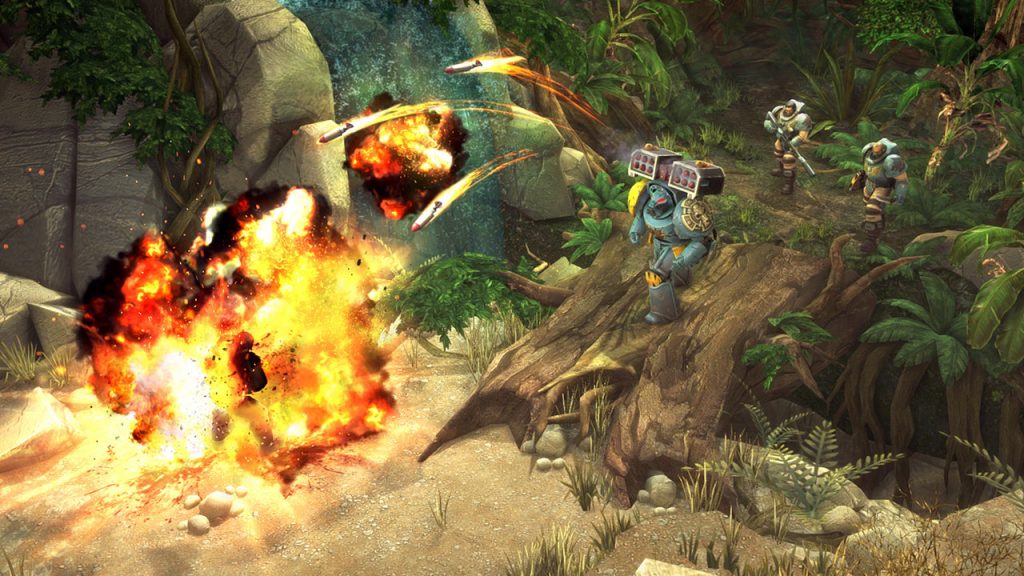 The sound design does a great job of encapsulating the war-torn 40K world. The weapons sounds powerful and dangerous. The voice acting rings Warhammer. It is again like the graphics nothing amazing, I would have liked more sounds and environmental background noises. 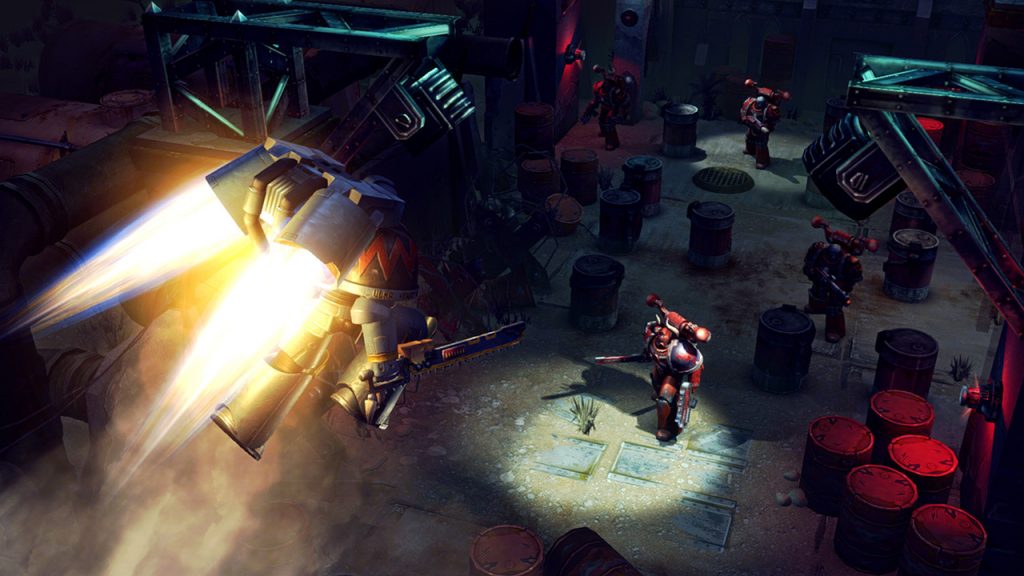 Overall. Warhammer 40K: Space Wolf is a solid tactical experience with enough to keep the player engaged. I really liked my time with the title. The only real drawback and it is a big one is I wanted more of everything, lore, gameplay options, sounds, graphics and so on. This would have raised it from above average to good.

I would recommend this game for people who are looking for the next Wargroove or Tiny Metal, this is a great stopgap.

Check out our review of Gun Gun Pixies for something very different HERE!