Originally an exclusive to the PS Vita back in April 2018, Sir Eatsalot is back for seconds on the Nintendo Switch.

The wicked sorceress Hysterica has poisoned Gluttingham Kingdom’s water with sour lemonade. It is now up to the rotund Sir Eatsalot to save the day.

Is this port worth eating up your money and time, or should you start a diet with this title? 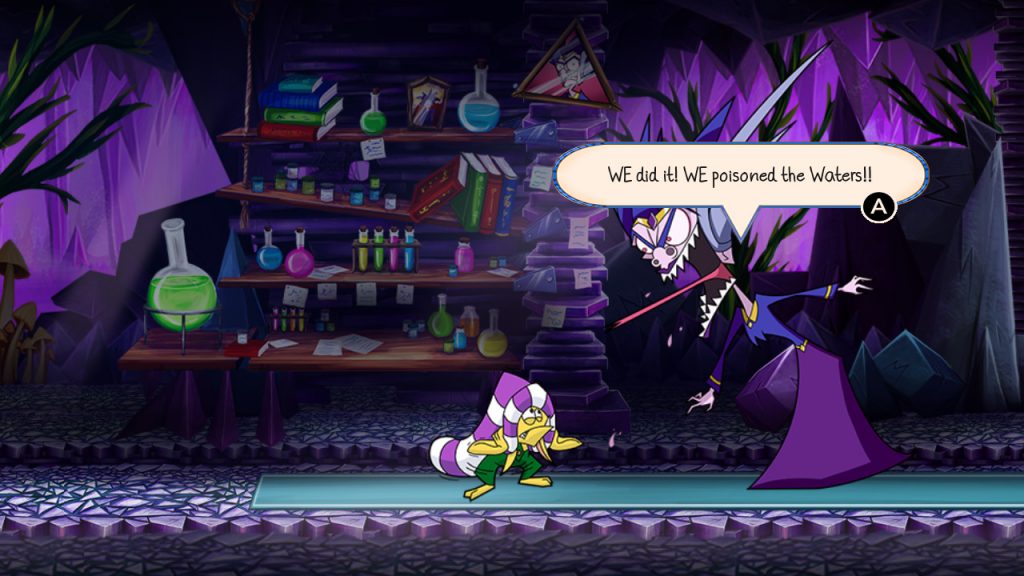 The most important and bewildering feature to note is that this game can ONLY be played handheld. There is a decent amount of touch screen interaction necessary to play this title, and apparently, the developers were not interested in putting anytime to make it function docked. I tried to search for a list of Switch games that are only handheld playable, and I could not find any article about it (I am sure it might be somewhere, but it was not worth devoting that much time like the creators). So right off the bat, it comes off as pretty lazy to not do more to make the Switch version worthy of being on the Switch.

Aside from my gripe about the handheld only the rest of the gameplay/controls do not make up any ground on the disappointment level. The way the player is required to play the game is far too clumsy because you constantly have to take a handoff one of the sides of the Switch to touch the screen. You move with the right analog stick, attack/jump w/ the letter buttons, and block with the R Bumper. So while both hands are being used to fight and platformer the player also needs to tap the screen to get food and drinks to restore health/stamina to run (for long jumps), as well as, setting off bear traps on the ground or lowering platforms. The controls are an absolute mess, and the jumping is done poorly too; which is a big deal in a platformer. Attacks are very sluggish also.

In general, the game is geared toward kids, but I can almost guarantee most anyone will drop their Switch or Switch Lite because of being required to constantly hold the console by one hand to touch the screen. 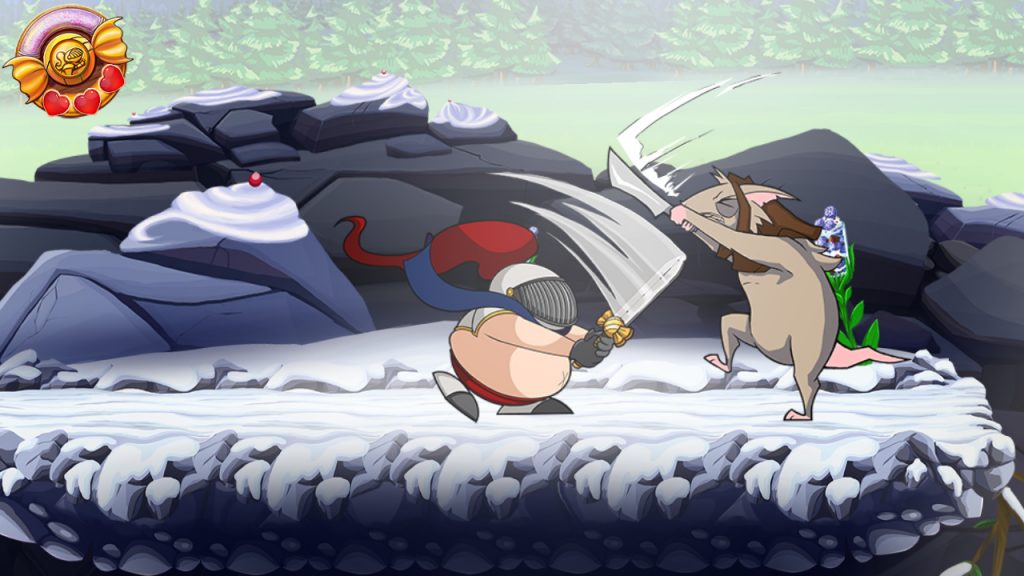 Well here is a positive after all that negative in the previous section. The scenery is absolutely gorgeous no matter which area you happen to be in. The hand-drawn graphics are impressive as well as how interactive the environments are in the fore/background.

The game performed perfectly well, and there were no bugs to note. 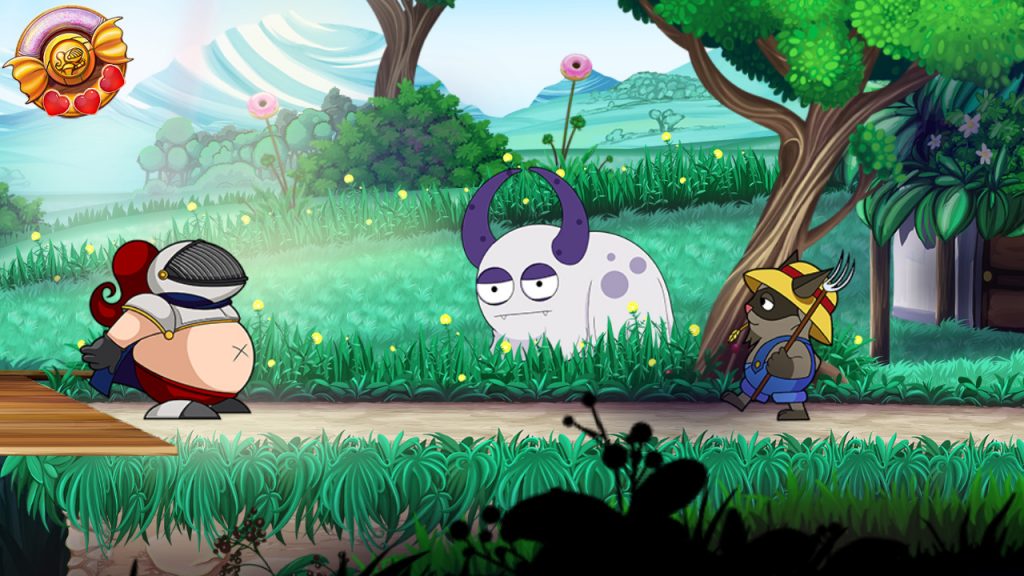 The music was done well enough, but it would have been really nice if the characters had voiceovers. Hysterica is always huffing and puffing a cigarette and screaming her head off so it would have brought this vibrant to life hearing some wacky accents. The music alone is not good enough to make the overall audio aspect of Sir Eatsalot anything special. 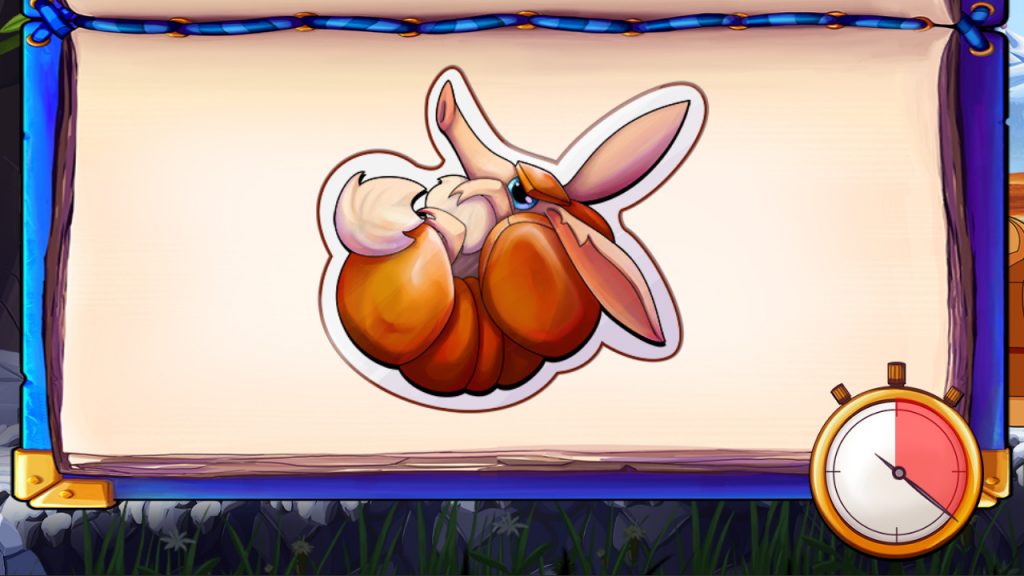 Behind The Stone did nothing to make this port special or improve upon the original. The game seems to be more of a decent fit for the PS Vita as the system is smaller and easier to handle unless you are Goro from Mortal Kombat and have four arms/hands. The touch screen gimmick, I personally feel shines on the Vita, but the Switch is so much more. It is a shame that such a beautiful game was not treated better because as it stands, I would not recommend this title. The controls are too clunky and function too poorly to really enjoy. The Vita version has pretty favourable ratings, so perhaps it is a better experience and buys for that handheld.

If you want something different check out our review of Cat Quest 2 HERE!