I first encountered Samurai Shodown in a noisy arcade while on holiday years and years ago. I was already obsessed with samurai culture at this point in my life, having recently seen the seminal 90s anime Ninja Scroll and was also a massive Tekken fan. The amalgamation of Samurais and fighting games just turned my excitement up to maximum. So here I am now, writing about its latest instalment while sitting poolside in the sun drinking beer… on my holiday. This is destiny, right?!?
Samurai Shodown is a complete reboot of the legendary arcade slash ’em up from SNK. The game boasts upgraded current gen graphics of your blade wielding favourites from cover star Haohmaru to the frankly ridiculous, EarthQuake. Does the new upgrades give new life to the old dog or will it fall on one’s sword? Let’s find out! 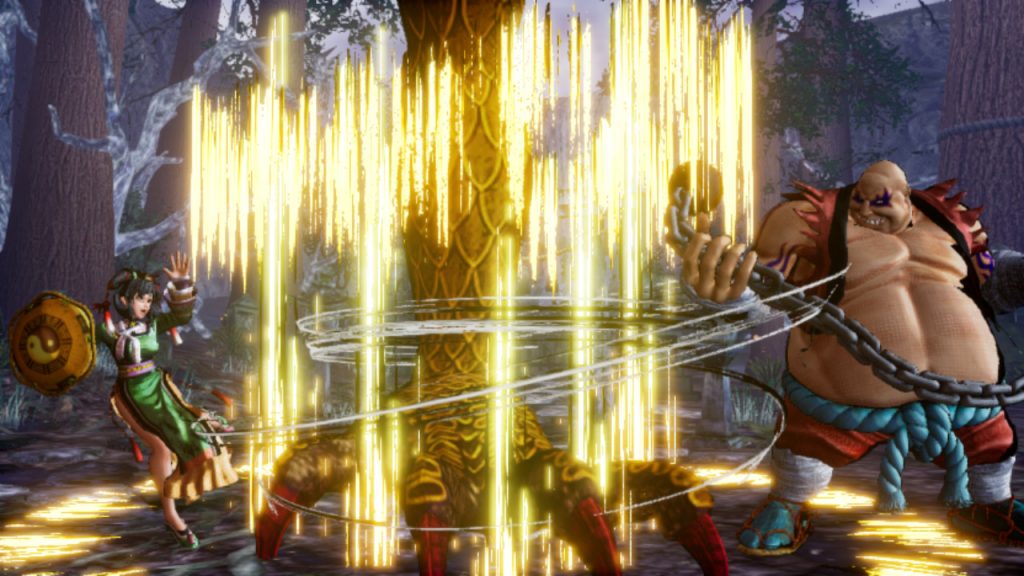 Samurai Shodown offers you the same staple of options most fighting games offer. You have your main story mode where you go as your chosen fighter and duel through different characters in the game in their respective stages. The story itself is decent enough, if a little unimaginative, with your cinematic cut-scenes, full of samurai story tropes, sandwiched in between the fights. There are some unlockables for you to collect such as movies and artwork which can be perused through in the gallery, adding some replay value to the story mode. The online modes are quite good; there’s the basic online feature where you go against live opponents or there’s the dojo option, where you can test your skills against Ghost CPU. Also included are the offline Battle modes which comprises local multiplayer or against the CPU, Survival (survive as long as you can against endless opponents), Gauntlet (defeat every character in the game) and Time Trial (beat as many CPU enemies in the allotted time). For absolute beginners, there’s the welcome addition of the Practice mode with its two components of Tutorial and Training. Tutorial teaches you the basics of the game (an absolute must, even if to just familiarise yourself again with its system) and if you feel that, you’re advance enough but not quite ready to take on CPU or live opponents, then Training lets you fight against your chosen fighter and beat the living daylights out of them without any fightback.

The fighting system is where Samurai really shines. always, it has your usual button controls of slash, medium slash, heavy slash and kick. A combination of those along with directional buttons) will usually activate a characters set of special moves. But what I’ve always loved about the game is that it does not overly rely on massive long combos. It challenges the players to time their attack right to find an opening in your opponent’s move or to counter it, much like real life sword duels. There is the bonus of the Rage meter, which fills up when you take damage. There are specific special moves that can only when Rage mode . The first one is a weapon flipping technique, a move if done right, disarms your opponent and the second is lightning blade, a special move with a cool short cinematic sequence when it hits especially awesome when it’s the killing blow. Disarm your opponent you say? Isn’t that unfair?!? Yep, but fear not! you you can pull off a counter move whereby your fighter can catch the enemies blade and disarm them. Cool as right?!? I thoroughly enjoyed playing this game I am excited to try out the other characters in all the modes once I find more time. My first for this review is always with but I’m absolutely stoked to see Jubei Yagyu in the character select.
The only negativity I have with the game, in terms of gameplay, is actually a problem synonymous with all fighting games that’s out for the Switch; the Joy-con directional buttons aren’t the best for fighting games. Now this isn’t that much of a problem if you own a Switch lite and can even be easily remedied on the normal Switches as there are alternative left sided Joy-cons that have the proper directional button set up. 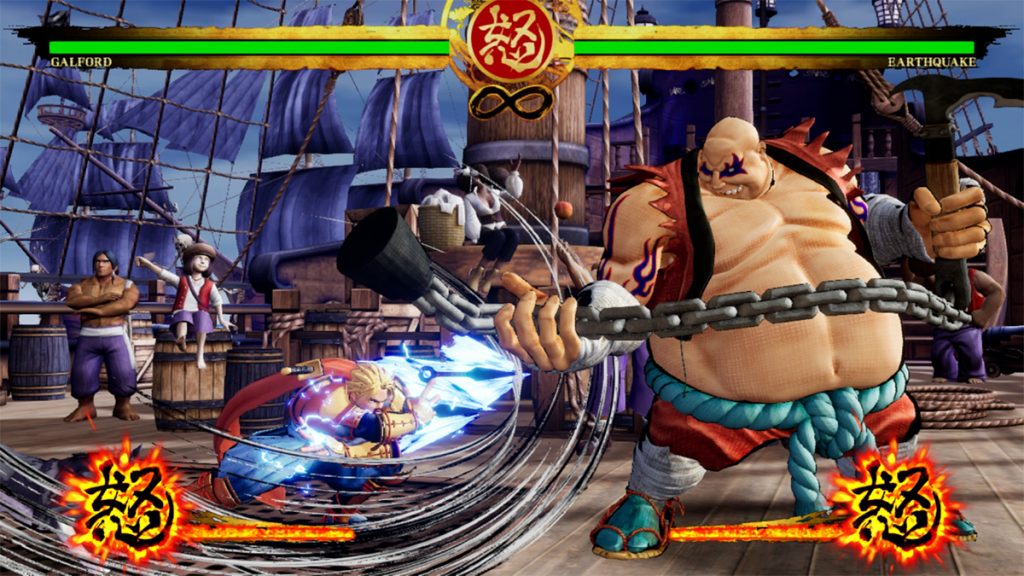 Samurai Shodown boasts some of the best-looking graphics I’ve seen on the Switch. This has to do with SNK’s decision to move onto the Unreal Engine for all its game. It’s the first game for SNK that uses the Unreal Engine 4 and boy, do they showcase it. Everything within the game is impressive from its stylised menus to the character textures(the lighting is just fantastic). Each fighter in the game looks beautiful in their own way and their personality really comes out in their design. The art direction feels likes an upgraded version of the revamped Street Fighter series, with its anime style shading and textures. Although the stages are simple, the animated background on each one looks awesome; my favourite being the dojo one in training mode where the referee follows the action and points to whoever gets the hits in. It feels immersive and much better than if it was dull and static. I’m leaning towards saying that Samurai Shodown is probably the best-looking game out for the Switch. The devs have appeal to all ages. When the gore the most bloodthirsty gamers out there.
Having mostly played the game in handheld mode, Samurai Shodown has ran extremely well in all my playthrough. I’ve experienced no slowdown during my story mode playthrough, even with all the flashy sprites. My only wish is to someday play this game in an upgraded Nintendo Switch screen. Even in 1080p this would look gorgeous. Come on Ninty, step it up! 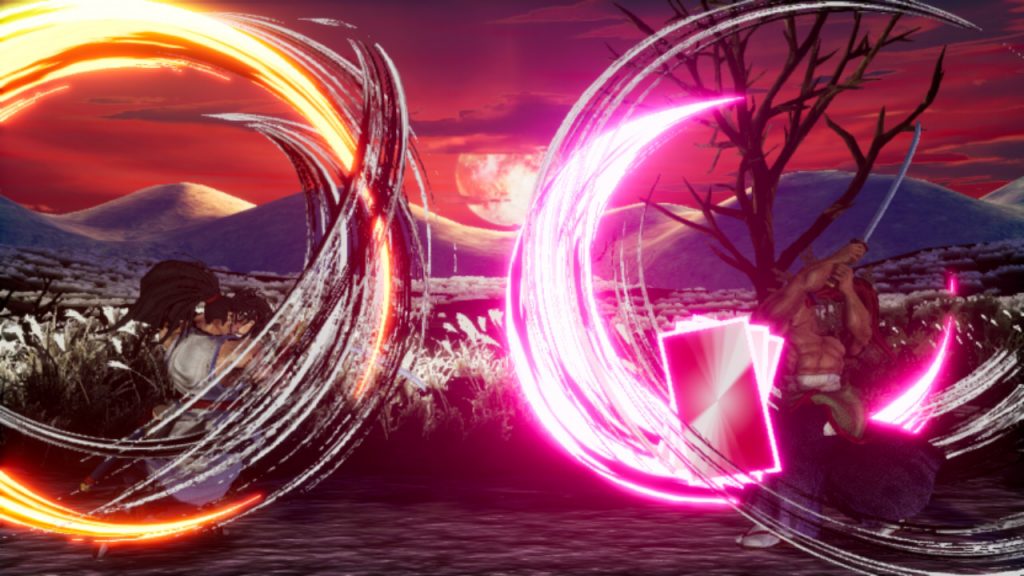 The soundtrack to Samurai Shodown really captures the essence of the game and the direction in which it’s taken. Composer Hiroshi Yamasoe has completely redone each character’s theme using traditional Japanese musicians, including the legendary HidexHide, and he has done a stunning job of it too. The music that accompanies each part of the game from the main menu, cut-scenes to the fighter’s stages feels epic. Each piece feels like a love letter to what it’s been composed, and my ears can only thank Yamasoe-san for the gift. I’m so enamoured by the soundtrack that I’m planning to import the CD in the near future. 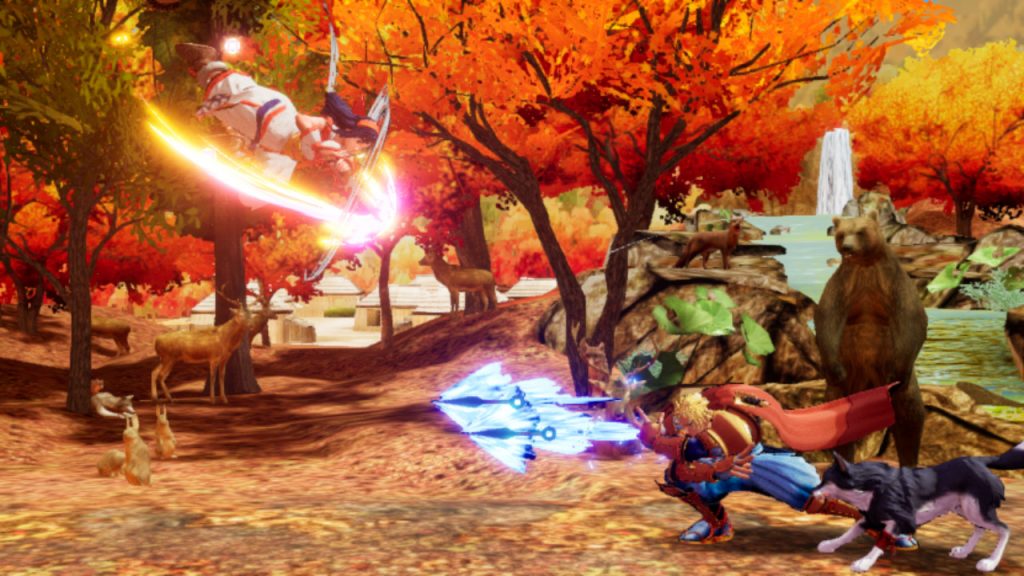 Samurai Shodown is another great example in how to execute a reboot of a legendary series. SNK are masters at the fighting game genre and they continue to give their main rivals Capcom a run for their money. I’d even say that they’ve taken the first initiative by taking this latest iteration on to the Switch without any noticeable downgrade from the PS4/Xbox version. The step up to the Unreal Engine 4 has been a masterstroke move from the devs as the graphical enhancements are superb and is some of the best I’ve seen on the Switch. Sadly, as with all games nowadays, Samurai Shodown does have purchasable DLC character. Not a judgement on SNK per se, but a sad indictment of the current state of gaming. It is the only negative thing I can say about the game, which says a lot about my overall enjoyment of it. I highly recommend this game to experienced fighting fans as well as to beginners to the fighting game genre. A near perfect port of the game to the Switch, and probably one of the best fighting games to grace the portable wonder so far. Lastly, all I can say is….. your move Capcom, if you know what I mean.

For something different check out our review of Rune Factory 4 Special HERE!