Rune Factory has been a long-running the first game was released in August 2006, as a Havest Moon off shot. Ever since its inception, the games have grown from strength to strength. With seven games released and another on the way. Here we are at Rune Factory 4 Special, a remake of the 3DS game with a few extras added.

Play as a male or female (I played as a female so will use she) main character, who after being accidentally kicked off an airship (yes this sets up for some comedic writing). The character falls on top of Native Dragon Ventuswill, she who belives you are royalty. You are not, however, a Prince turns and give you all his duties. Here is the start of her adventure, running a farm doing royal duties and adventuring while trying to regain your memories.

As I said there are two characters there are only a few minor changes to the writing in the story. It makes no difference to the main story. The writing here is second to none, each character is quirky, funny and has a personality. With the overall story being great, once it gets going. 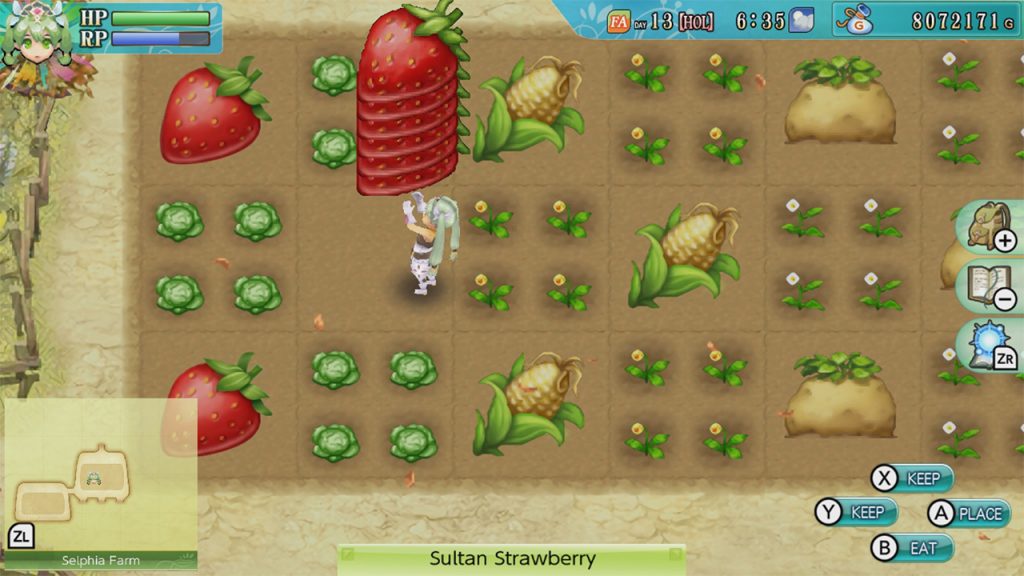 Rune Factory 4 encapsulates the feeling of Harvest Moon with a bigger emphasis on dungeon crawling. This is a great mix for a game and the balance is great. There a few elements to Rune Factory 4, there is gardening, time management, dungeon-crawling RPG and royal duties.

Let us start with the main bulk of the game Framing!! There is more than one type of farming or activity to do while farming. There are crops, monster raising, fishing, crafting and cooking. This has everything any Harvest Moon player would want and more.

All these aspects are simple to get to grips with and understand how to do. The main loop is grown crops, catch fish, sell them, get more money then do it again. The hardest part has to be managing the RP and time. Think as RP as Action Points, every activity is done with farming uses up a bit of RP. Hoeing the field, planting seeds, watering, picking crops, tending to animals, fishing, crafting and cooking all use RP. This even stretches to the dungeons.

As there is an element of RPG here every action done will net you experience and the RP cost will lower for the action. allowing for more to be done, the rate of the level ups is at a decent rate and after a few hours, you will be going all day without stopping. If you do run out of RP your health will continue to fall till hit hits zero. At this point, you will be transported back to your room. RP can be recovered by drinking potions and eating food as well as sleeping.

The battles are in an ARPG style where it is all live fights not turned based. Think the Mana Series. Like everything in this title, the pickup and play element will be a massive draw to players new and old. The controls are tight and responsive and the layout feels responsive.

At the start the battle system is simple, you get a sword and you go out and slice things till they die, and dodge the enemy attacks. Then more weapon classes are added around seven. Each weapon class levels up separately, while they level new abilities are unlocked, for example, a powerful charge swing for a sword. There are also Runes to use, this is the games magic system, only two can be equipped at one time, from fire attacks to portal back to town.

So what do you do if a dungeon is just proving too hard to defeat? This is simple enlist people around town to help in the overly dangerous life-ending dungeons. Weirdly enough they will come along no questions asked as long as you are friendly with them.

This is where the royal duties come in to play, in order to become friendly with the folks around time, you have to finish the royal duties. These side quests sent by the viligers. They could be as simple as delivering a turnip or they could be, kill X amount of something. These are worth doing as they build up a relationship with the town folk, as that is your role with the Royal duties on your shoulder.

As this is the ‘Special’ edition of the game what’s new? There is a hard mode if you are feeling up for it and yes it is difficult. There is also a new mode call newlyweds, here is a MASSIVE! quality of life change. In order to see all the events after your player gets married, you would have to play the game an extra 13 times, here you are able to see all the events from each possible marriable charter without replying the game. There are new animated scenes, new scenarios to playthrough. This is a massive change in saving time.

Overall Rune Factory 4 is just a massive improvement from all aspects of the gameplay. Everything works perfectly, with loads to do this will keep any player coming back for one more day of farming. If I was to cover everything in the game this review would be at least double the size. 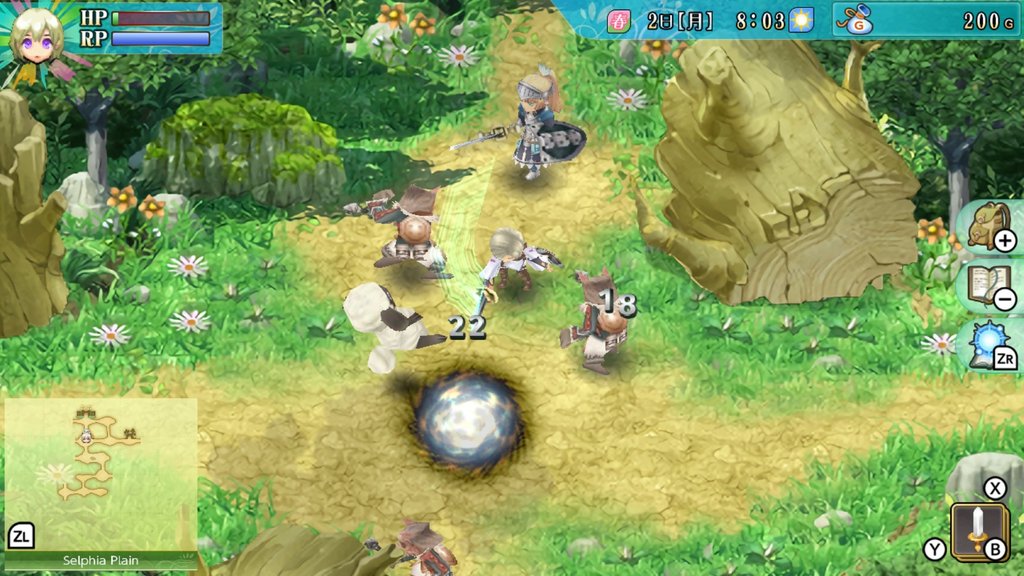 Rune Factory 4 is beautiful, from its well-crafted world and town. Down to the dungeons each one has had plenty of care and attention are given to it. Not only that there has been a massive overhaul to the graphics they are stunning now, new visual novel style illustrations of characters. The UI has had a massive overhaul, its clean and takes up the minimum amount of space on screen.

There were no bugs I encountered. 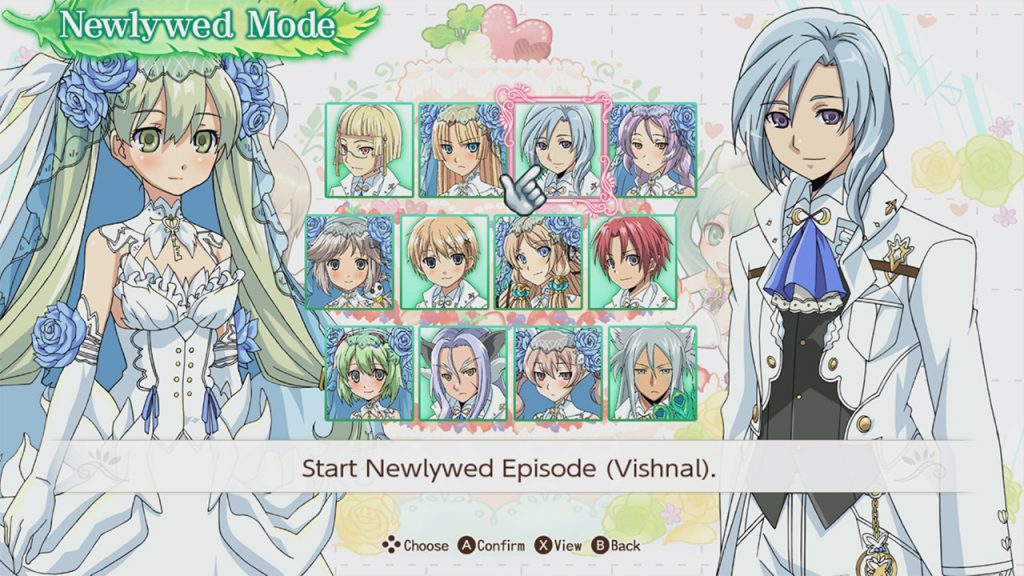 Rune Factory 4 soundtrack is good, with some really lovely tracks that I would definitely listen to out of the game. With decent sound effects that work really well, the simple axe swing chopping wood to the different noises enemies make, they all sound great.

The voice acting is great throughout the game. 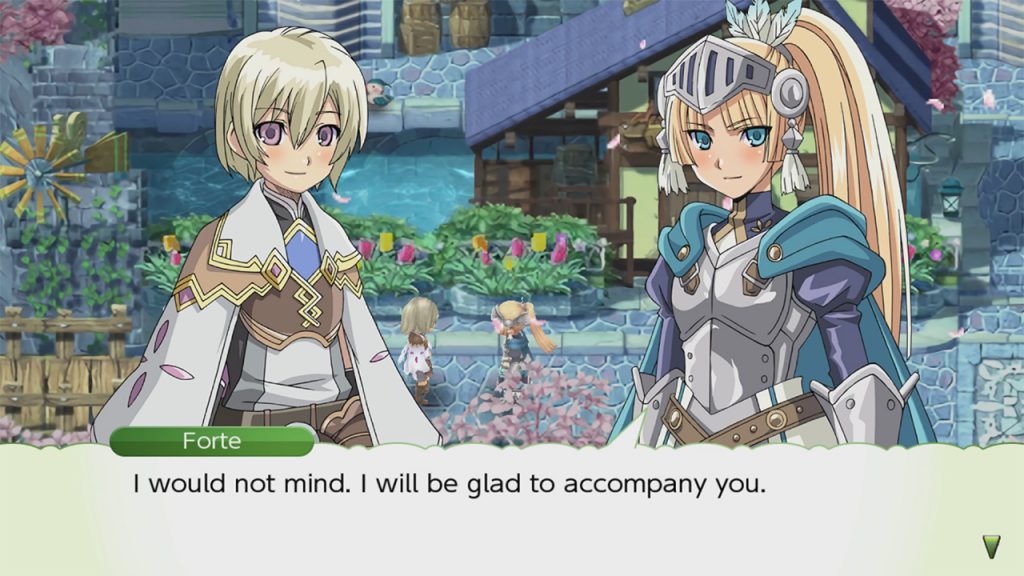 Overall Rune factory 4 Special and its entries before it have been underrated little gems that need more time in the spotlight. With this entry, it might just get that because all aspects of the game are fantastic. The writing is second to none and it is easy to pickup and play with deep mechanics.

If you are a farming sim and a dungeon-crawling fan, then this is a hand down must buy. Just get it!

Check out our review of Atelier Ryza HERE!