Root Letter was released initially on the PS4, Vita, and Steam in 2016. Now published by QPube, it includes a few new features as well as a Switch port. It also has a new title of Root Letter: Last Answer.

You name the hero but he has the nickname Max (I will refer to the character as such in the review). While cleaning out the bedroom, you come across old pen-pal letters from your friend Fumino Aya who disappeared 15 years ago. Max decides after all this time to find Fumino Aya, arriving at Matsue, Shimane Prefecture. Max is met with a cover-up, but he is determined to find the truth, interrogating Fumino Aya’s classmate, will Max find the truth? 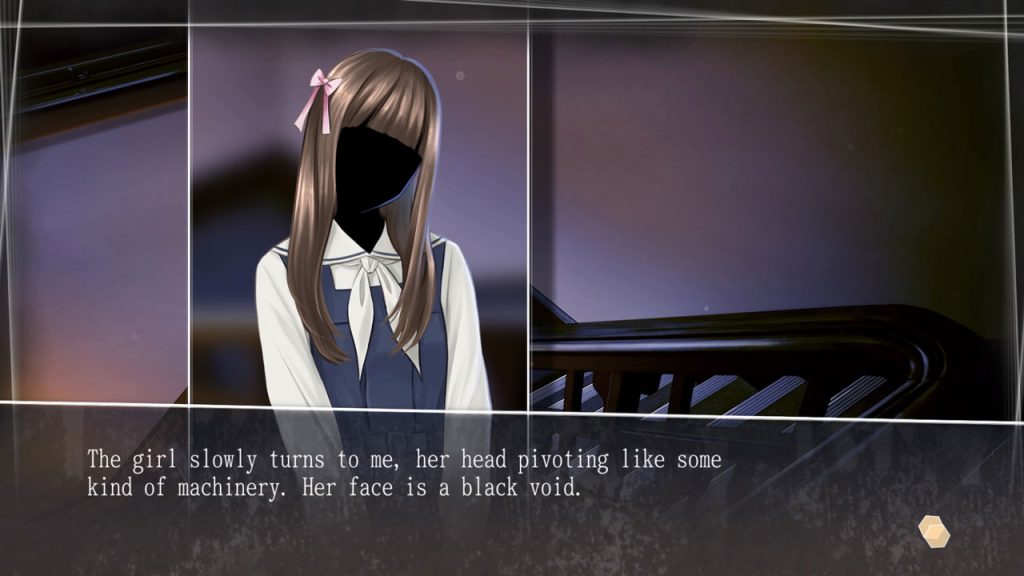 Root Letter: Last Answer is an interactive detective visual novel. Thankfully, a focus on puzzle-solving gameplay the loop of just reading is broken up.

The vast amount of the game is spent reading dialogue from Max and the interactions he has with the other people. There are dialogue choices to make while talking to people to get more information out of them or to progress the story, as is the staple for visual novels.

The game differs from the standard visual novel and is set up to allow freedom to move around places Max has visited around Matsue. Once at an area Max can check the surroundings for slightly more information on a shop, for instance. Max also gathers clues and items used for investigations, more on them later.
The game is split up into chapters, with chapter one being the tutorial and world-building, this gives a good sense of what is happening — the next chapters a based around a friend of Fumino Aya. At the start of each chapter, Max will read one of Aya’s letters that is related to the friend, after which Max confronts and questions Aya’s friends. These answers help determine the ending you will receive.

Once the player gets all five of the original endings in the game, more content is unlocked further expanding on the story. Five endings, yeah there is a lot and considering one play-through is about ten hours that’s a lot of game before opening the extra content. Worry not, there has been a handy skip button added that will get you to chapter 8 to cut the game time down to about 2 hours. This feature is the best thing in the game for me, as playing this again would be a nightmare.

As I said earlier there are investigations, these are done by asking Aya’s friends about her in a Phoenix Wright style objection. Evidence, talking and thinking can be presented to the friend to get them to talk. When the right choice has been made, there is even the same style of spiky speech bubble graphic used. If you happen to give the wrong choice to the friend, then they will lose patience. You can make six mistakes before the investigation starts over. There is also something called Max Mode; this mode is used when something important is about to be revealed to push the friend over the edge and talk. It is a timed event where a bar fills up, and you will need to read and pick the right response quickly. If you do not, Max Mode starts again.

Root Letter: Last Answer is more than just a visual novel as you can see, this is what makes the game so good it is more like a puzzle game than just reading a story. 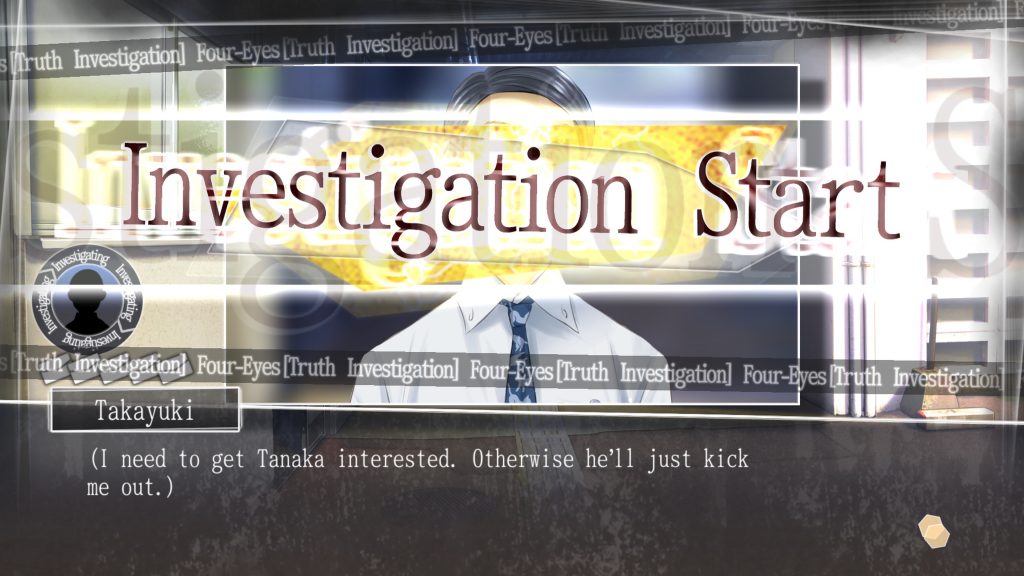 Root Letter: Last Answer utilizes two ways to display the visuals. They is the original anime-style drawings and hand-painted backgrounds that are stunning to look at. There are well-detailed reconstructions of real-life places.

Also to note is the newly updated visuals of Drama Mode, that have real-life actors for the characters and high definition pictures of real places in Matsue, Shimane Prefecture. The Matsue area is breathtaking. The actors in the game are hilarious with some of the facial expressions and outfit they wear.

For me playing the game with real-life pictures is the best and most entertaining way to play this version of Root Letter.

The performance was fantastic as to be expected from visual novels; they are not the most taxing of games regardless of platform. A few translation errors were noticed, but it is still possible to play and understand everything being said. It just feels as if there are way too many of them that have been missed. 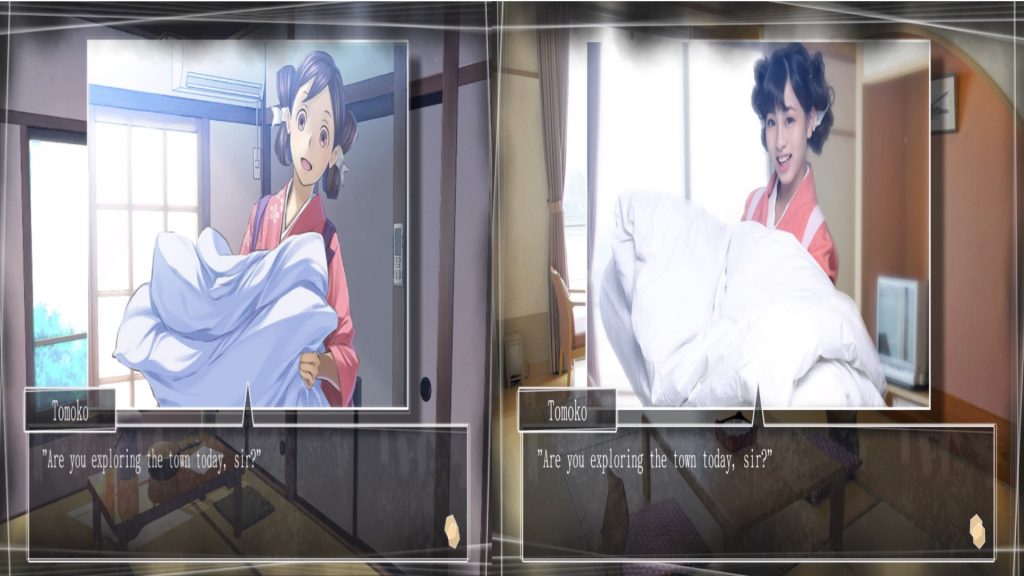 The music is excellent from the melodic slow and thoughtful scores to the intense investigation music. Along with this, the music matches the mood shown by the characters and what is being said.

The sounds effects are there but do not add much of anything to the experience.

Overall, the sounds and music is of a decent standard. 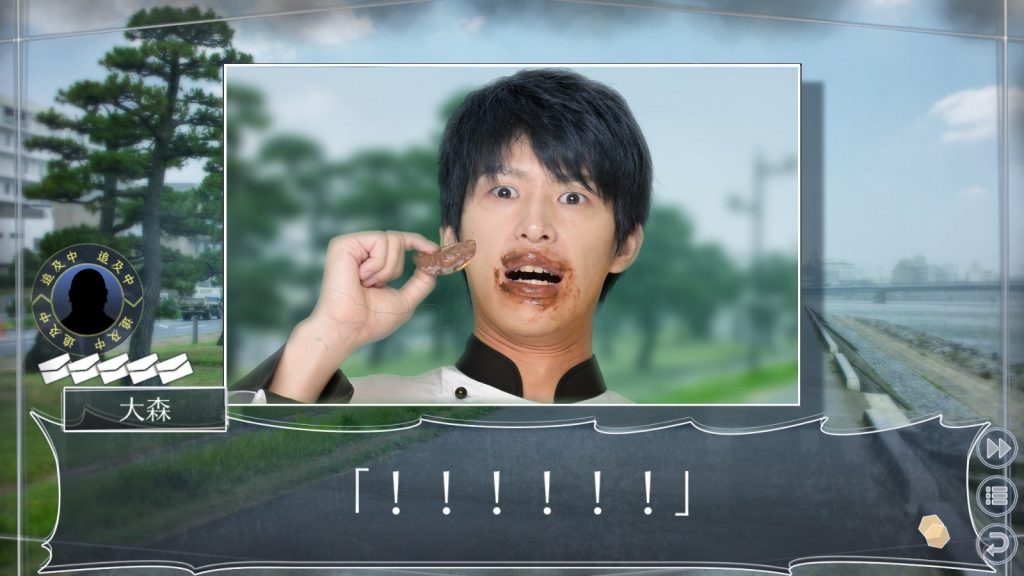 In this version of Root Letter, there has been an overall improvement in all aspects. The game looks better, other endings and the inclusion of the skip button make the whole game feel and play better. There are a few errors in translation but these are nothing major.

Root Letter: Last Answer is a must buy considering all the updates to the game and selling for around 12 pounds less than the initial release.

Check out this review of Vambrace Cold Soul HERE!