Romance of the Three Kingdoms XIV

The Romance of the Kingdom is one of my absolute favourite time period settings for video games and movies. Perhaps you have heard of the Dynasty Warriors franchise to give you more of a perspective on this (Ancient China around 100-200 A.D.s).

A famous large novel titled the same as the game is based on historical events, wars and people from that time, but also took liberties and added some elaborate fiction to make the story more grandiose. I believe that always fascinated me that even though the DW games were exaggerated they were still tied to ancient history and these remarkable warriors for the most part existed!

The Dynasty Warriors franchise is a top five of mine, given the action genre and the background. So when offered a chance to hop genre and review a title in the same universe, I did not take a second thought. Despite the setting, I have never dabbled in the Romance series because I am just not a fan of simulation games. So will this drastic play style change spoil my love for Ancient China or will the setting be enough to holdover the last of interest in the genre? 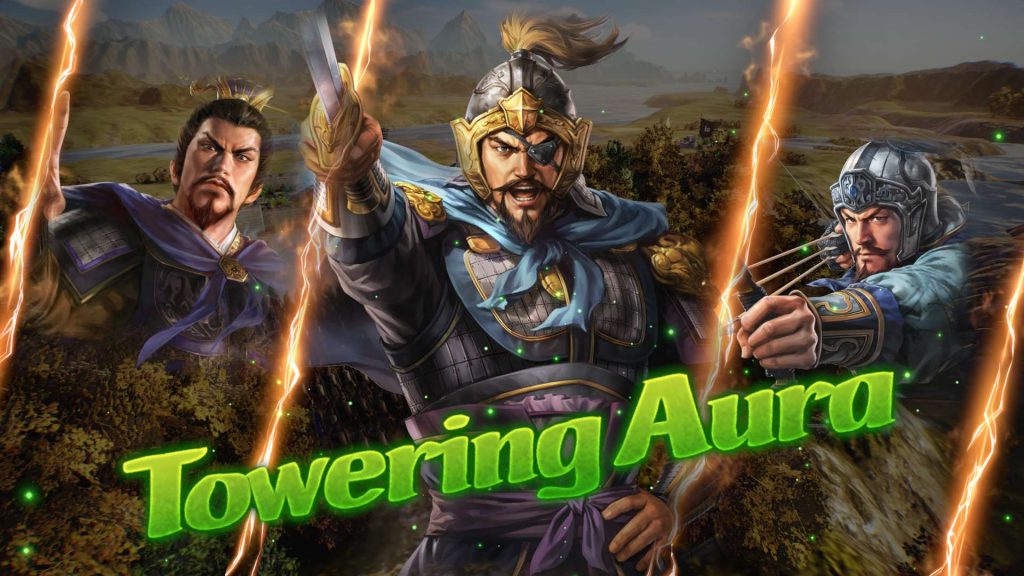 First, thank goodness for the tutorial provided! My biggest fear before starting was, am I going to be able to learn how to even play this game well enough for a respectable review? Well, fortunately the tutorial is broken down into four reasonably length section that are well paced, have an interesting plot and provide worthwhile rewards for completing them. That is right, the real cherry on top of was just for doing the tutorials you unlock 12 ancient warriors to be used in the main mode.

From the start you have free reign to select over a dozen historical battles from the Han Dynasty, even further upon that is you can pick from an abundant amount of factions to play as. It is not as simple as to be the good guys to unlock playing as the bad guys or pick between two sides, and that is refreshing to see.

In a nutshell, the objective of each battle is to gain control over the land and eliminate your enemies. These strategic battles are not for the faint of hearts because they can last a long, long time depending on how well you understand the game’s functions and which faction you pick to control.

To describe ROTTKXIV’s gameplay in full would take far too long to be honest, so I will try to be brief on the functions. Technically, the game is turn based, but it really does not feel that way. There is no limit on what you can do or decide in any given turn, so that is why it does not feel like a traditional turn base game. Just some actions may take longer than a single turn to complete, like conquering a region. Here are things to ponder and do in a turn:

-Grow your cities’ capital, troops, and resources by expanding land controlled and appointing appropriate officers in the right leadership roles.
– Send out troops to explore and attack but provide them enough troops and pick the right formation for what you are having them do
– Pick the right policies and officials to increase morale of your people
– Know when to use force and policies to take over other factions
– Build outposts to defend your land from hostile invaders

After each turn, a brief summary is displayed to highlight major events and provide income and supply changes over the course of the turn. There can be so many officers to give individual movement orders to, it can take too long to get all your ducks in a row. A player has to truly be patient, and into simulated strategy games to really get invested, I feel. 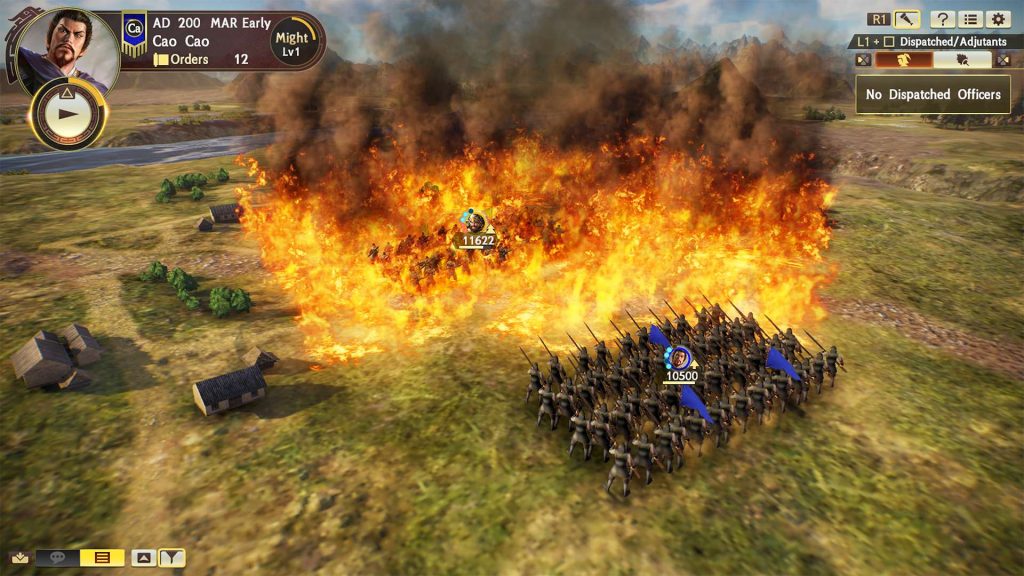 The game’s layout (depending on what battle you pick) is like a board game of China. Factions have their own colour representation on the map. As the player expands their control of any region, an opaque colour of theirs will highlight that region so provide a visual of what is owned and by whom. The board textured and in mountain areas will have a higher elevation on the map and take longer to capture/travel over.

The officer’s art styles are amazing. The most notable of warriors were easily recognisable to me from the Dynasty Warriors games, but they were fresh looking. It is easy to tell where your troops are heading to, and although the menus seem intimidating, the tutorial did an outstanding job covering everything.

My favourite aspect of the visuals was when a battle occurs the camera zooms in on it and actually shows troops in formation. My least favourite aspect visually was that I found no way to zoom in or out when looking at the map. 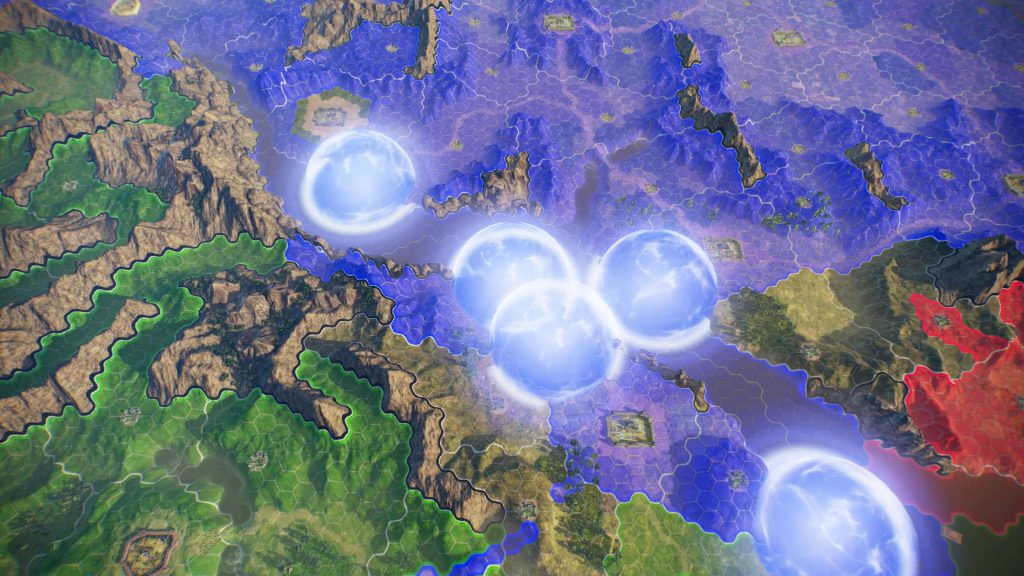 The background music is calming and fits perfectly to a game that requires concentration and attention to detail. It is like a polar opposite of the Dynasty Warriors game in the most perfect sense. DW offers intense instrumental music for the action; while ROTTKXIV provides tranquillity for the strategist. Of course I love hearing my favourite ancient warriors and their voice-overs were done very well. Sound effects fit in perfectly well, too. 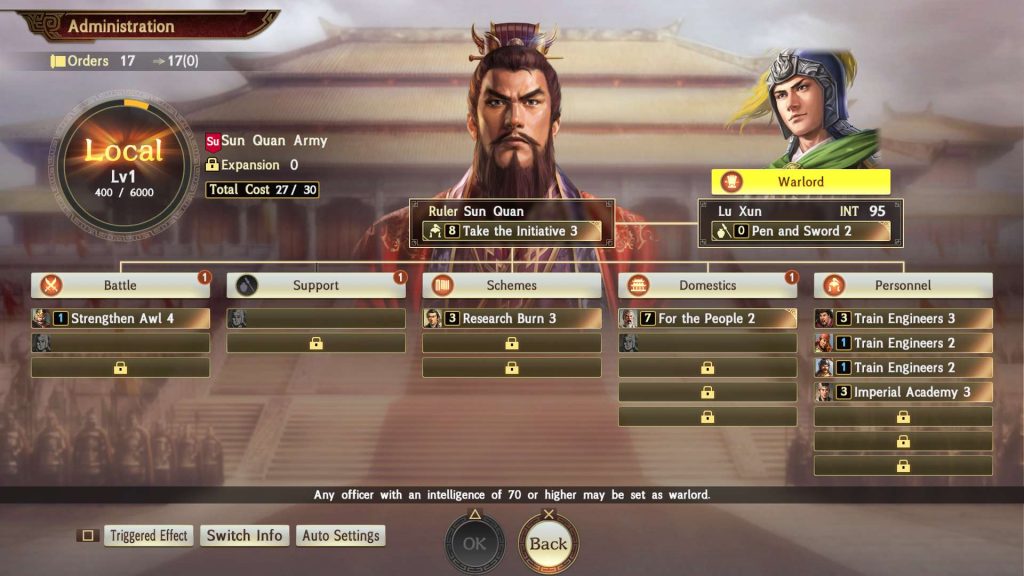 Given what genre Romance Of The Three Kingdoms XIV sets out to be and what is provides there is not much to criticise the game on. KOEI offers a quality simulator set in Ancient China that coincides with the Dynasty Warriors series. If you were not into simulators, then it would be a very difficult title to get into. The setting is of a personal favourite, so I fell right into the niche and found this to be enjoyable. I completely recommend this one if you like sims/strategies and the DW franchise. Otherwise, waiting on a sale would be reasonable for other gamers.

Check out our reivew of Azure Lane: Crosswaves HERE!