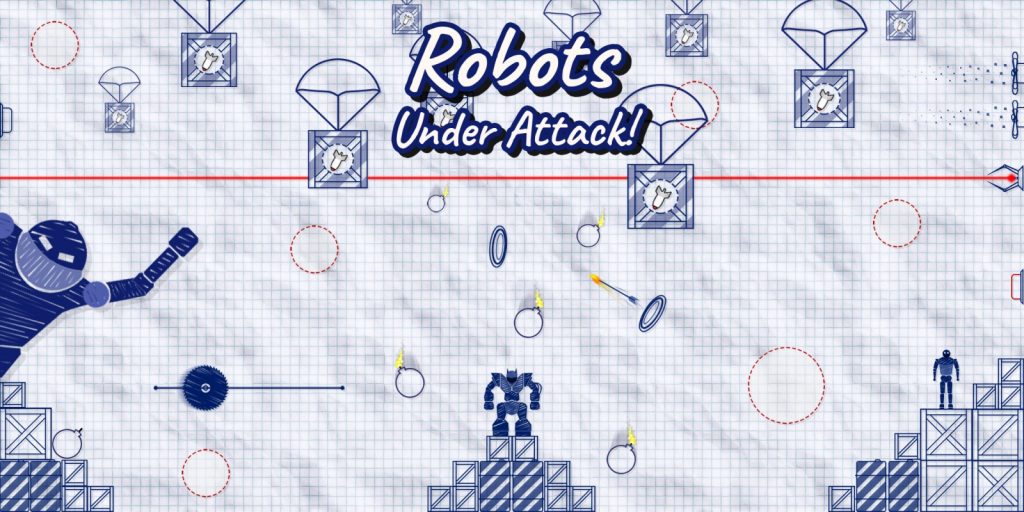 Robots under attack is unique puzzle game created by a single developer. What we have here is a puzzle game that evolves around a simple premise.  Fire an arrow and destroy all robots… sounds simple enough however each level will test you grey matter in variety of different ways.  The main core mechanic of shooting arrows is simple enough but trying to hit the different enemies within your range is a lot harder.  Having limited arrows which can make levels quite tricky and it may require multiple attempts before your successful. 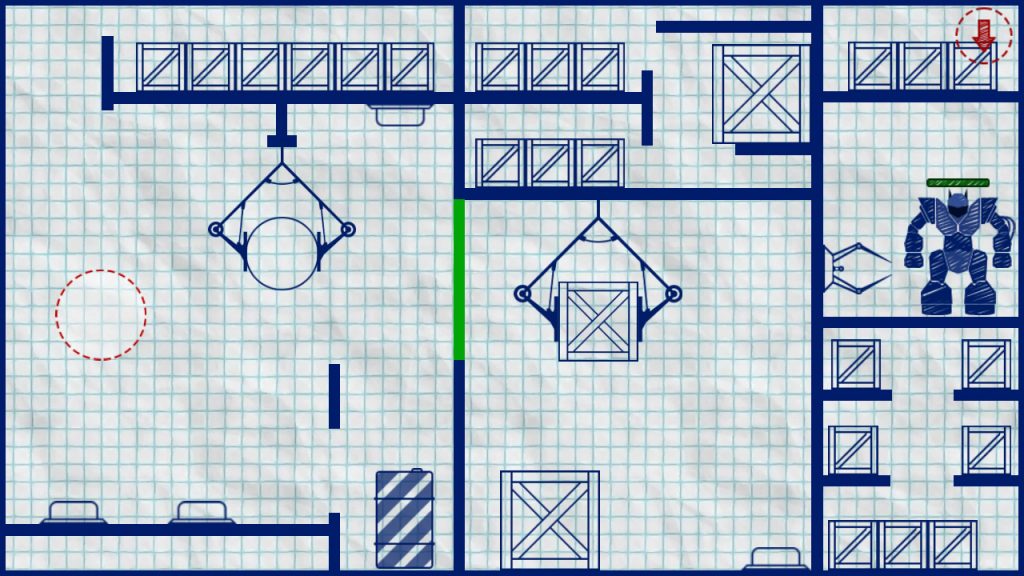 Mechanics are pretty solid here and I really like different ways that you have to interact with each level to allow you a clear shot of the target.  The controls work surprising well and I always felt in control even if I missed shot it was normally due to me aiming poorly.

There is a selection of different arrows to use and each one has a distinct effect on objects within levels such as the heavy arrows are good for hitting switches or knocking over heavy barrels were as the explosive arrows are great to cause an explosive chain re-action when interacting with volatile barrels.  Using these tools will help you destroy all robots and once completed the level its like domino effect when everything fall into place. I though it was quite satisfying when everything goes to plan and even if it doesn’t there’s a quick retry option which allows for an instant restart which I appreciated.

There are 100 levels, 5 seasons you’ll get to play in robots under attack.  Each level will provide different challenge like firing arrows through portals to knock over barrels or firing arrows to hit switches to active lifts or doors allowing you a better shot.

The tricky aspect of this is what I mentioned above the limited use of your arrows that you currently have equipped.  You’ll only have a few arrow types to use during play such as:  simple arrow, heavy arrow, fiery arrow and the explosive arrow. Each one will help you in number of different puzzles, you may have to use more than one type as well.

Controls in the game are also very easy to use. You’ll   notice a circle within each level… this is were you will fire your arrows from. Sometimes a new circle will become available which will allow you a new perspective to shoot from once you clear a certain section of the puzzle. If your playing with pro controller you can use the left analog stick to move a cursor into one of the available circles and press bummer buttons to cycle throw available arrows that may want to use and then press A button… holding it.  Aiming with analog stick…pulling it back, then releasing it to fire just like would do with real bow, arrow… pretty simple but effective.  Not only can play with pro controller you can also use the switches motion controls with a single joy-con which is nice feature in this budget title.

Robots under attack is pretty fun to play and can be quite challenging to, as each level comes with new challenges, puzzle elements that you will need to solve to be able to progress to next tier and so on. 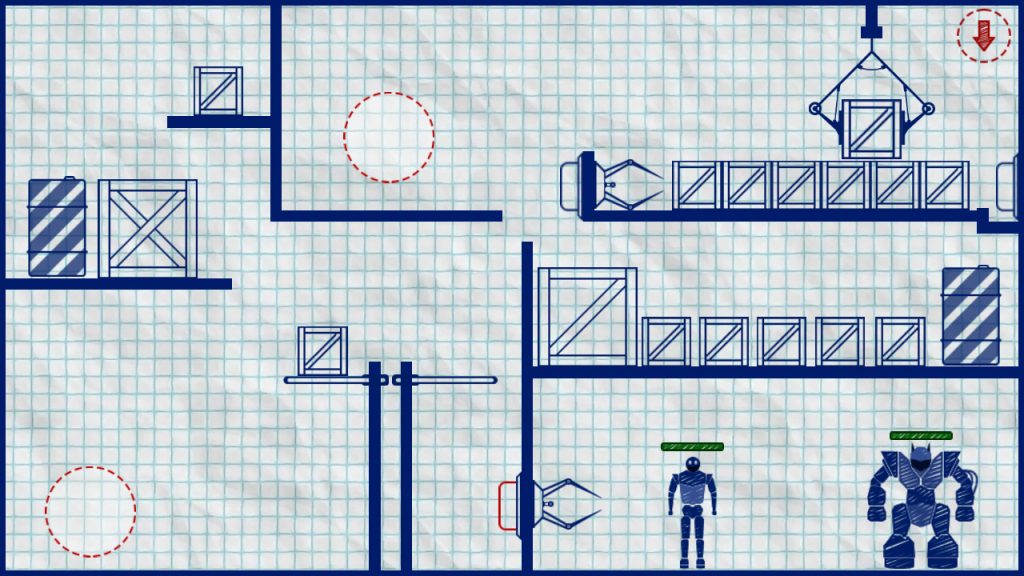 Its all wrapped up in quite unique art style which reminded me of the old graph paper that we use have in school the graphics really remind me of paper wars to. 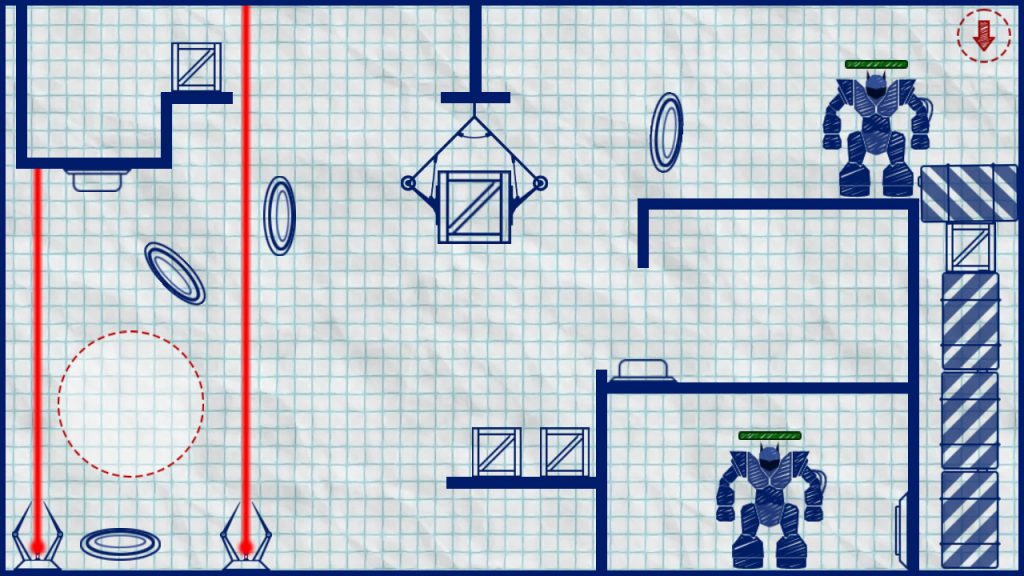 The sound design is simple but does the job,

The music is fine and provides bopping tune listen to 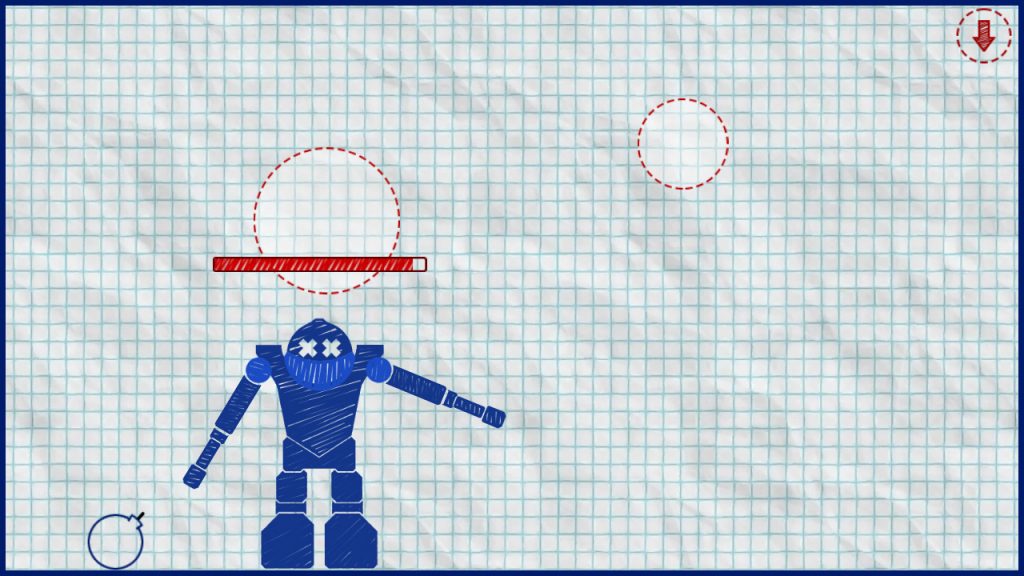 I like Robots under attack on the Nintendo Switch its fun, challenging puzzle game which provides lots of different puzzles to solve and little customisation such choosing colour of your bow and purchasing new ones with in-game currency.  Its fun budget title that’s worth trying out if your puzzle fan, should keep busy over the weekend.

If you liked that check out our review of Penguin Wars HERE!