Rift Keeper, according to the game’s detail page on Nintendo’s website, is a 2D Roguelite Platformer; which immediately sent down a rabbit hole because I had never heard of a RogueLITE. At least, I always heard thought it was just RogueLIKE, but after some research, both exist to further muddy-up the video game genre classification system. Basically, Roguelite is a watered-down version of Roguelike that “typically have more complex visuals and require less strategy to play.” Sure there is more that could be discussed on the differences and similarities (I am not though), but why am I even telling you all of this? I am honestly not too sure, but I figured I would share my confusion, research, and results on the matter from reviewing this title. Knowing all this, I feel like I understand even less on how to label a video game by genre because they are all running into each other now.

ANYWAYS, the Rift Keeper has awaked from his long stagnation due to four priests’ prayers at a small-town church. One of the religious men steps forward to inform him that, “The Gates are Open” and there you have it. Now hope in that rift and start doing whatever it is a Rift Keeper does. 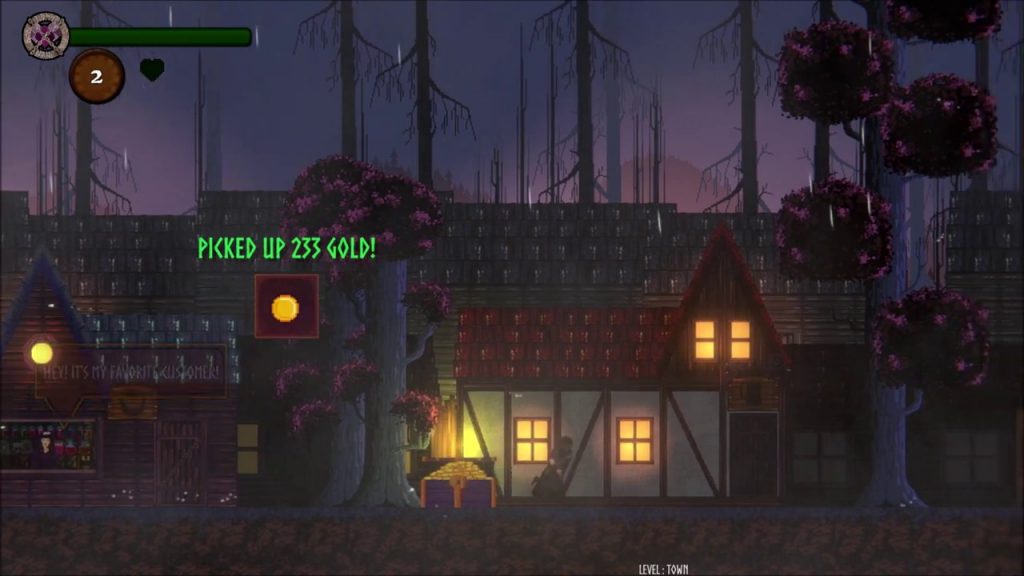 We have all seen and played this kind of game before by now. You know the type where you fight through procedurally generated levels and not strong enough to beat the game on the first go. So you have to keep upgrading the character until you can slowly but surely progress through the game. It is one of those games and what a hot commodity it is of late.

Essentially all the game’s main functions such as attacking, dodging, and platforming is done poorly. The jumping and level layouts are by far the most egregious the timing is off and the height to too low for most ledges. Many times I got stuck on the first level. Often times because of the procedurally generation of levels I got to the level’s end rift before I complete the requirement to kill at least 70% of the level’s enemies to be able to use the rift. There is no exit level option or return to the menu, and because the jump was so poor, I would get stuck where the end rift is and no more enemies to fight. The only option was to turn the game off and restart it. If you are lucky enough not get stuck and die on a run, then you return to the small town where you can upgrade or purchase new weapons and gears. It was a real displeasure to play this game because it felt like the creators never even played it themselves or tested it. 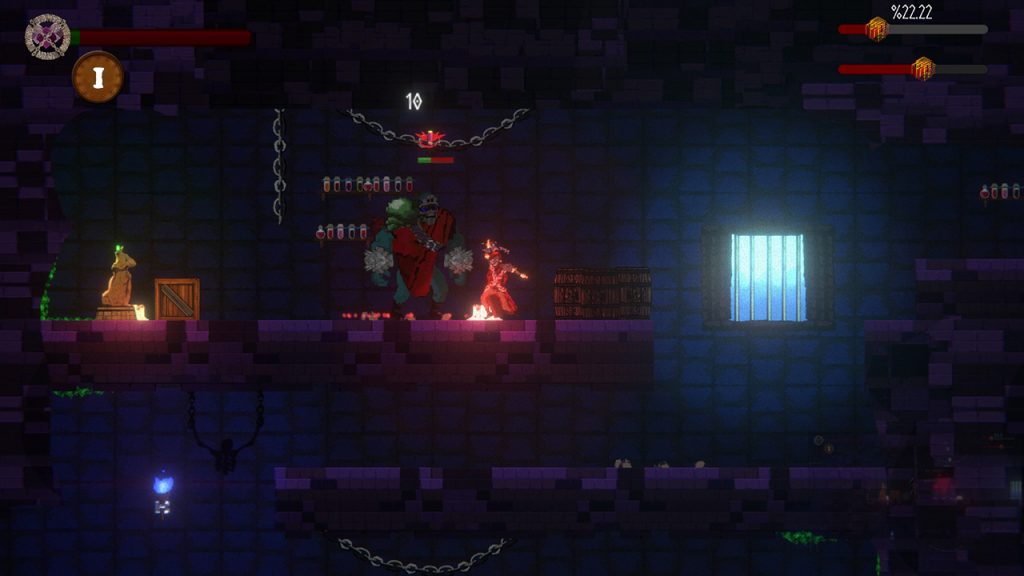 The game appearance is too dark, and I want to say hazy like when I was playing the picture was not clear or crisp. I honestly struggled to look at the screen and be able to play or enjoy what I was looking at. Enemies are generic. I suppose it could have been going for a darker dank type of visuals, but it came off very bland to me.

The performance itself is good although the game is not demanding of much, to begin with. 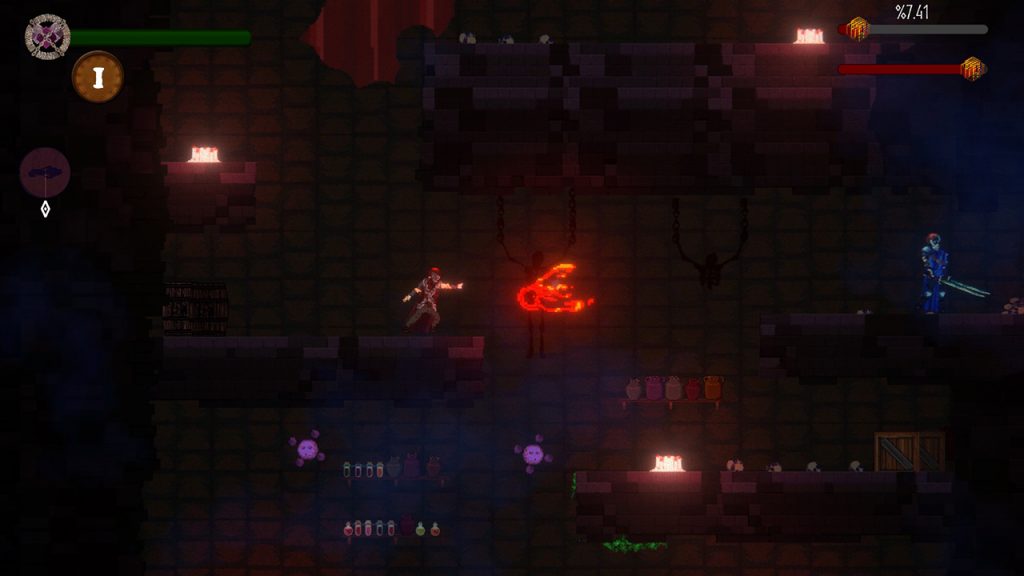 I suppose one area has to be the best area by default technically and I would give it to the audio. There is nothing special to make a note of in regards to music or sound effects, but they were not inherently poor or disappointing like the gameplay and visuals. 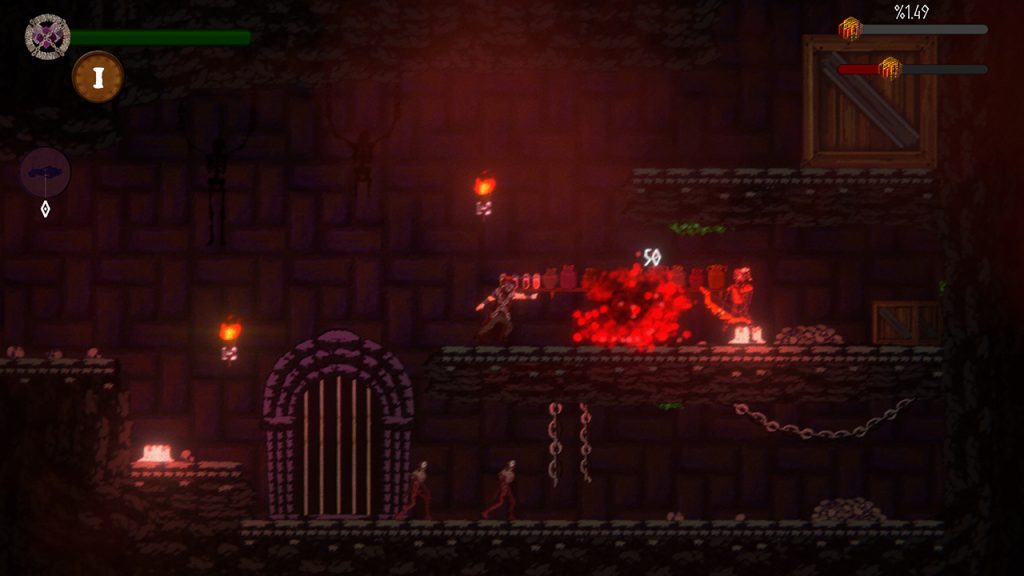 If you are in the market for a game in the “Roguelike” or “Roguelite” genre, then I highly recommend spending a little over double the amount of Rift Keeper for Dead Cells ($24.99). Given that Dead Cells is one of the highest regarded Indies/game of this genre and most likely owned already. I will throw out in another recommendation out to get over Rift Keeper, and that is Rogue Legacy ($14.99). Yes, both cost more than the game just reviewed but are far beyond superior it cannot be expressed well enough in words. R.K. provided no enjoyment for me, and it was not because of the expected difficulty that comes with the territory of the genre at all. The game was dull, felt like not enough effort/care was put into it and came off as poor attempt to profit off a popular budding gaming genre. I feel it is always nice to support the lesser-known games but only when they are done well, and this is a case of not a well-done game, unfortunately.

Check out our review of Super Street Racer for something different HERE!

Remnant From The Ashes Review [PS4]