Northguard is an RTS game on the Nintendo Switch. For me, this genre seems to be the least suited to consoles gameplay, with the controls offers by a keyboard and mouse surely more efficient. Maybe I am wrong.

The concept of the game appealed to me the moment I saw it advertised. Norse culture and their history have always been a point of fascination for me, and that was really what drove me to accept the chance to review the game.

I am not well versed in the world of RTS games, but always eager for a challenge, I dove into this game headfirst. 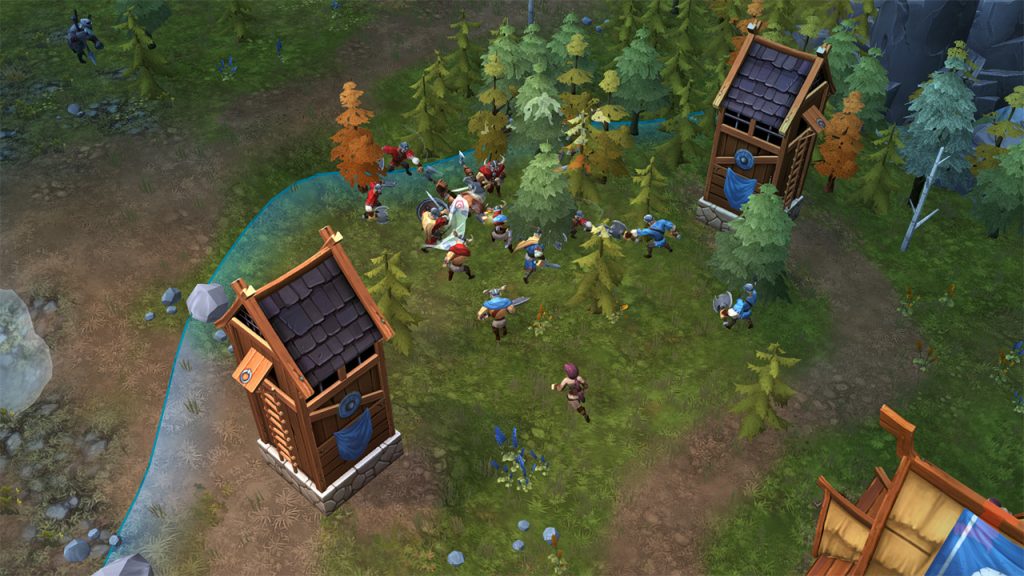 I dove straight into the single-player, but that proved to be a huge mistake. I gave up and tried my hand at the story mode. This gave me the much-needed advice on how to play the game, acting not only as a clear and interesting story but also as a detailed tutorial, teaching you what the game is and the core elements you need to understand.
My second attempt at the single-player mode was much more successful as a result.

As I had feared, the controls of the game do not really translate easily to the switch, and while you do adjust to it, I could not help but continually wish I had at least a mouse to help me move my cursor around quick enough to do everything I needed to do. That being said, for an RTS game, the dev team did a wonderful job at making the controls work.

Once you got into it, everything found a rhythm, including the use of menus for the different buildings and characters. There was a great depth and range of options that allowed for varied gameplay each time depending on what you intended to get out of each passage of time.

There is a lot of game to be found here, and with each new game you load offering you a randomly generated starting point, there is always something new to be found.
It has also been confirmed that there will be DLC for the game, including new tribes to keep things interesting. 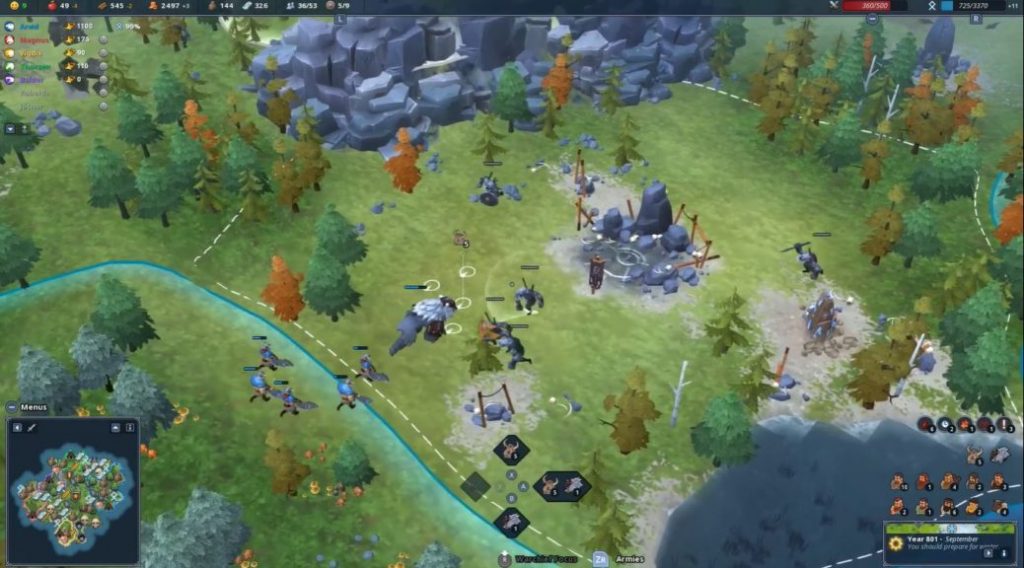 I liked the way the game looked. It had a very nice feel, and the characters and locations were a great mix for the setting of the game.

My one core gripe would be that when playing in docked mode, the text was tiny, and at times impossible to read from my sofa.

I really liked the look and feel of the environments and the way each character interacted with everything. The seasons and the role of the elements in your story progression all meshed well and added to the strategy element. It wasn’t just you against the other clans, there was much more to it than that. To truly master the game, you needed to understand how to keep things in balance. Civilian numbers, role distribution, supply management. It all combined into a very polished final package. 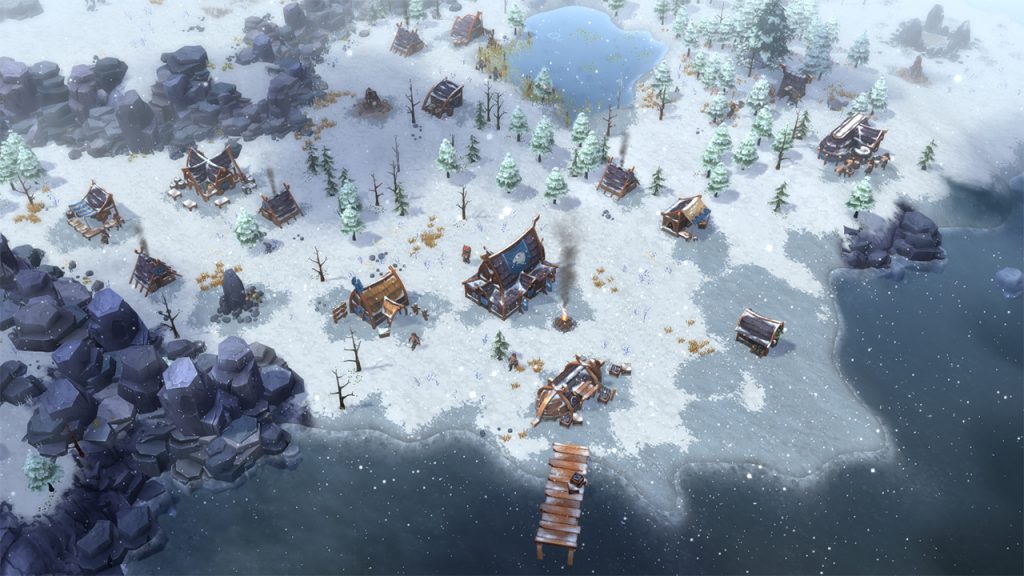 Some games have a great soundtrack, others do not. Northguard, for me, falls somewhere in between. The music was fun while playing the game and was fitting enough for the occasion, but it didn’t stick with you once you powered it down for the night.

The same for the different sound effects. I won’t harp on about repetition because, well, the sound of something is how it sounds, there’s a limit to how far you can go to combat that.

From an auditory perspective, everything did what it needed to do. It was an asset to the games overall performance, and that is the main thing. 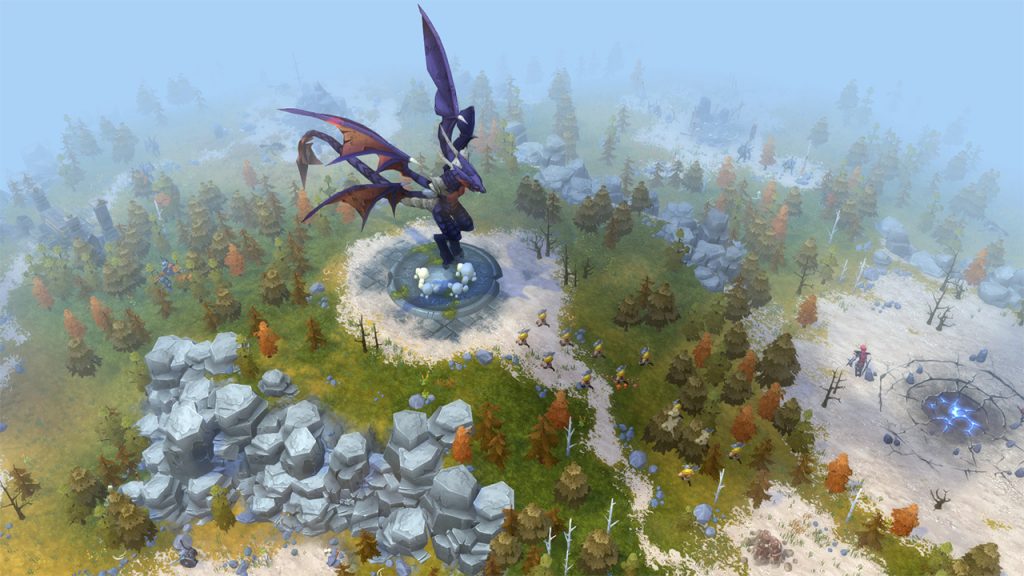 There is a very good game to be found in Northguard. It wasn’t really my game, but that was purely due to personal preferences.

When standing back to look from a neutral position, it cannot be denied that this is a very good game that offers a lot of substance. The future of RTS games on console is very bright if the control system used here can be incorporated into others. The promise of DLC only makes the game even more enticing.

In Celebration Of Violence