New Super Lucky’s Tale is, without a doubt, a platforming game from the past. Everything is simple to pick up and play, and it is a nice change of pace from the others of its kind that are around today. I played the original version on the Xbox at a friends house and loved it, wonder if I will feel the same still.

Take control of the cutest Fox in gaming – Lucky as he travels from one of six worlds to the next on a quest to collect pages from the Book of Ages. In attempt o stop the Evil cat Jinx and his dastardly schemes. 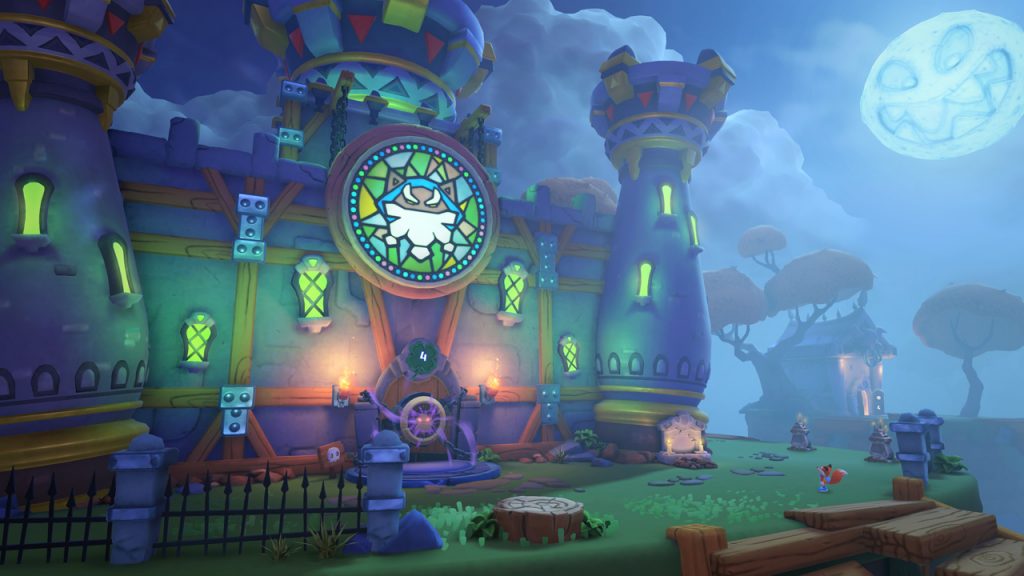 Gameplay in New Super Lucky’s Tale is excellent. Lucky is responsive and great to handle. It puts me in the mind of Ty the Tasmanian Tiger, with its feel, but has even tighter controls. Lucky can Jump, attack with his tale and also burrow under ground. He is one diverse wee Fox.

The game starts in a hub world where Lucky can talk to different charters and progress the story. Along with entering one of the six open worlds. Once in a world, it is a case of collecting everything and beating a boss at the end of the world. There is not a lot of thinking involved in this one, it is just pure fun, yes occasionally jumps will be missed, or if you are not paying any attention, the Bosses might kill you. That is part of a platformers charm though.

There have been some changes to the game as the ‘New’ in the title would suggest. Levels have been re-worked, the hub world’s layout has changed. Even parts of the story have changed for better continuity, nothing major. There have been other minor changes here and there. It is not a new game, but there have been enough alterations to make it feel fresh.

However, there was one problem that I encountered and that was slow down when plenty is going on. It is not enough to destroy the flow or immersion, but it happens a little too often. 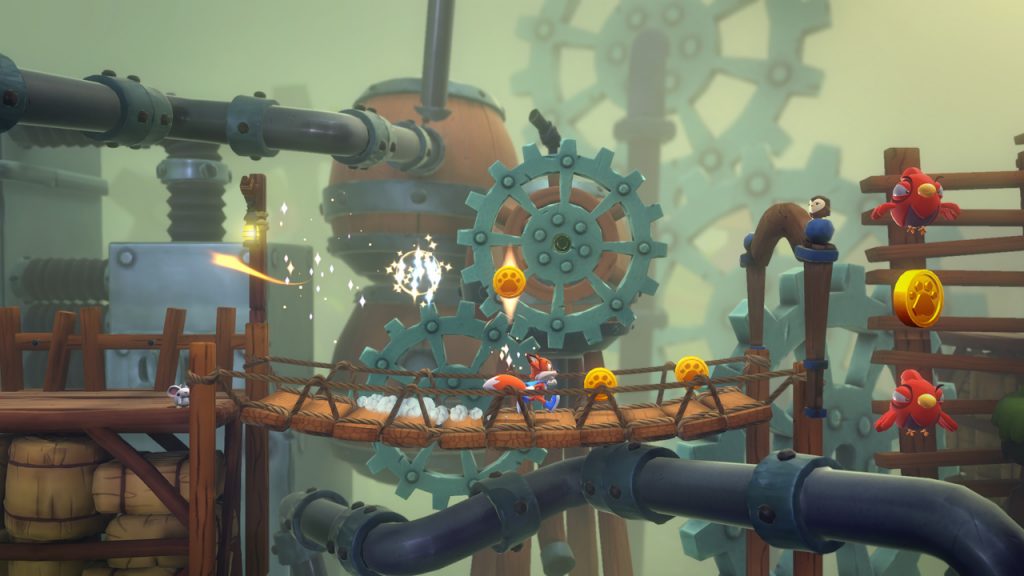 Visually, New Super Lucky’s Tale is beautiful. I love the aesthetics here — the bright colour pallets for each of the diverse levels. Appeals not only to kids but to adults alike bring back memories of the PS1/PS2 style platformers. The character models ooze cuteness as well as personality. I have a feeling this is what Conkers Bad Fur Day would be like if it were child-friendly. 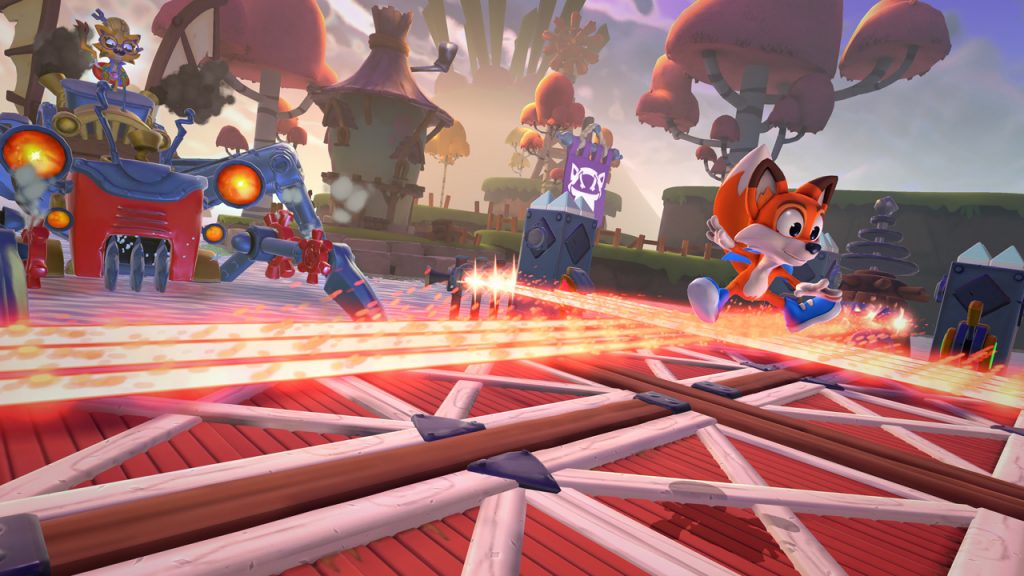 The audio is also great. The music goes perfectly with each level giving off a cartoony vibe throughout while holding on the general feel for the level.
Lucky’s sound effects all sound good from his jumping ‘humph’ to the digging noise.

There is no talking within the game just a made up noise style language to give the illusion of speech. Again this is great to hear and calls back to the earlier days of gaming. 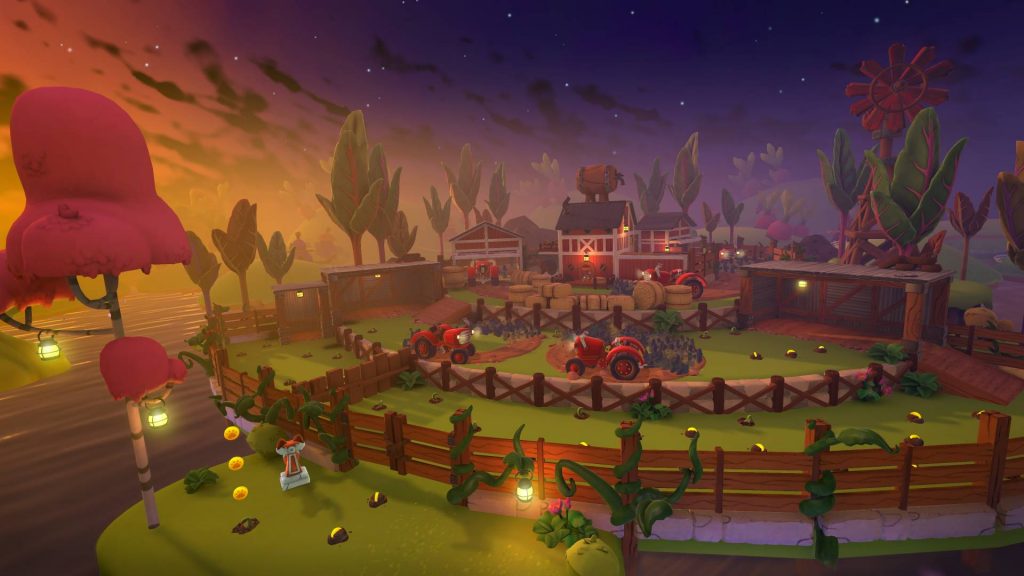 Overall, New Super Lucky’s Tale has enough ‘New’ in it to give the game new life, without changing the overall feel or looks. With a bucket load of changes that breathes new life into the game.

If you are looking for a simple, enjoyable, and fun gameplay for any age, I must recommend this one. It is one of the games you didn’t know you where missing out on until you play it.

Check out our review of Incredible Mandy for more platforming action HERE!