MXGP 2019 follows in the footsteps of other gaming franchises that release annually, which is to add the year of the season which it covers. A change from its predecessor, which was named MXGP Pro. It’s the official game of the FIM Motocross World Championship and has been developed by Milestone S.r.l. who were also responsible for its previous iteration.
This is the first MXGP game I’ve reviewed, so I can’t say I have much experience with the previous games. I’m also going to say that I’m not a fan of MotoX. I mean, I see it sometimes on the TV, but it’s not something that I would stop to watch. My only experience of MotoX racing in a gaming capacity is playing the Excitebike track on MK8 using a bike. Lets hope the game is as fun as that! Anyway, let’s get set ready and go……. 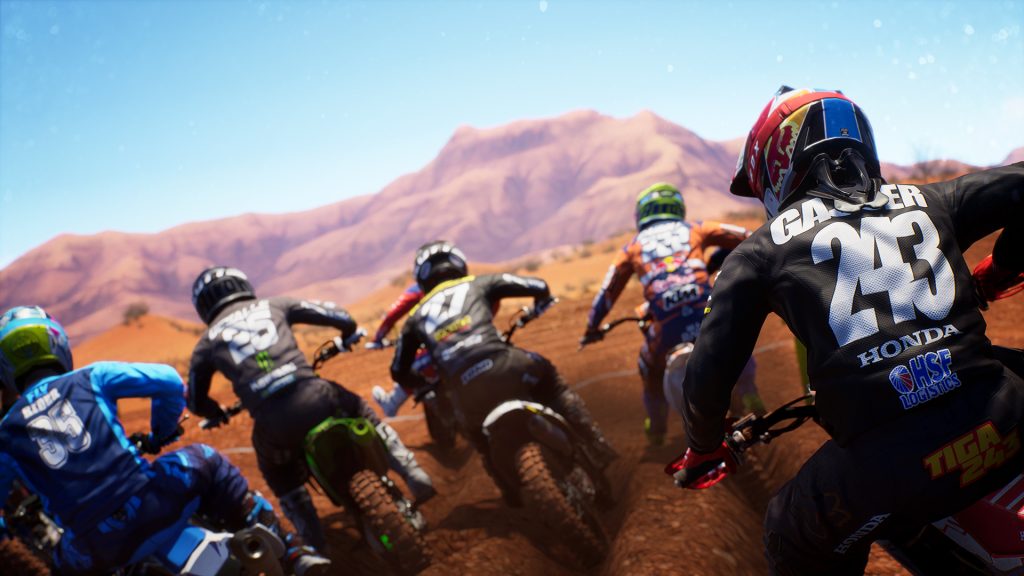 The start of MXGP2019 offers you the chance to make your own character to use for your career mode. The character creation has a decent amount of options but sadly, not as extensive as it should have been. While I also understand that it is a male-dominated sport, not covering the women’s side of MXGP is also a mistake as it narrows the appeal of the game.
After making your character, you are then thrust into the career mode. You can either start racing on your own with a sponsor or in a racing team. There’s an interesting premise within, as the options laid out does come with their very own pros and cons. Now to the core of the gameplay; the racing. MXGP 2019 will give you the option to tweak the racing style and difficulty. It offers you an easier handling style option for beginners. The problem being that as a beginner to the game I still had a lot of difficulty getting to grips with the game’s mechanics. While I applaud the commitment to realism, this somewhat again reduces its mass appeal. It took me more tries and restarts than I care to admit to even get a semblance of enjoyment in the racing part of the game. I feel like the game could have done with a proper tutorial in an empty track to get beginners used to the proper mechanics that they’ve incorporated. Instead, you’re thrust in to the career mode, with the odd tutorial box to tell you about some of them and then let you figure it out on your own.
Once I got the hang, and I use that term very loosely, of the basic handling of my bike, the racing part was actually quite enjoyable in a manic kind of sense. The tracks, based on real life ones, are varied enough so as not to be overly repetitive. There’s a real sense of thrill when you’re jumping over a hill, especially when in the first perspective mode looking through your rider’s helmet. The AI in the game is competitive enough but lack any real character to make the races as fun as they can be. Online play is a bit better than your competitive edge can break through knowing that you’re racing against human opponents rather than mindless AI. MXGP 2019 also offers a track editor where you can unleash your creativity or just make silly looking tracks and use them in-game or upload them online for others to use and vice versa. 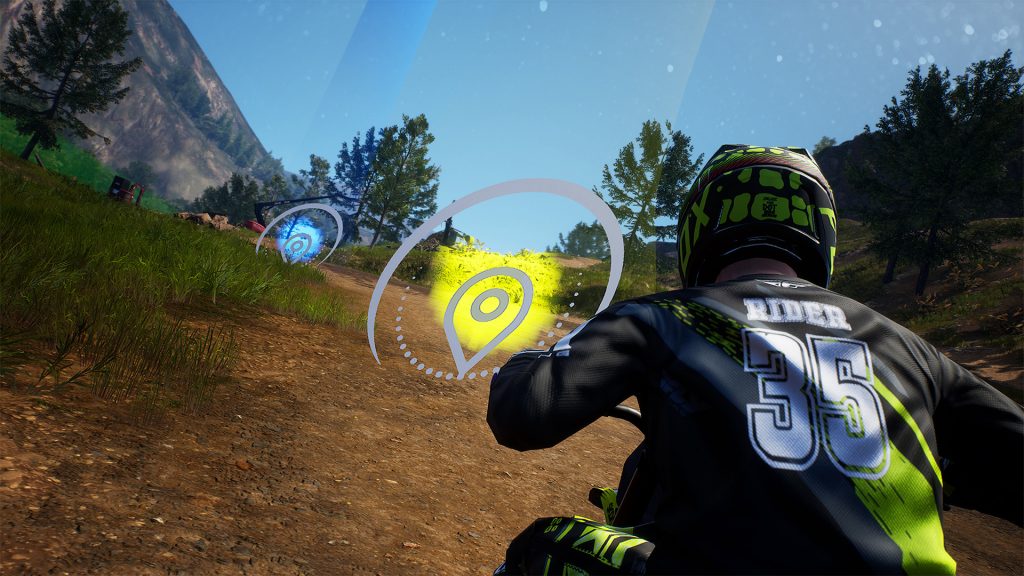 MXGP 2019 captures Motocross racing in all it’s dirty, muddy glory. You do feel that the devs have put them all into making sure the racing experience was as immersive, visually, as it can be. The changeable weather is also very impressive. You can start the race in dry weather but then...boom, it is a downpour and the track get muddy very quickly. The weathers affect the track as well as your vision. If you’re stuck behind a few riders, mud splashes up to cover your helmet (if you are using that view) which can be remedied with a quick tap on the PS4 touch pad. As mentioned in the gameplay section, the games AI is pretty standard. Racing can be manic, but the frame rate keeps at a steady pace even with the amount of riders on screen as well as the interchangeable weather. My only gripe with the graphics is the mediocre character creation options. 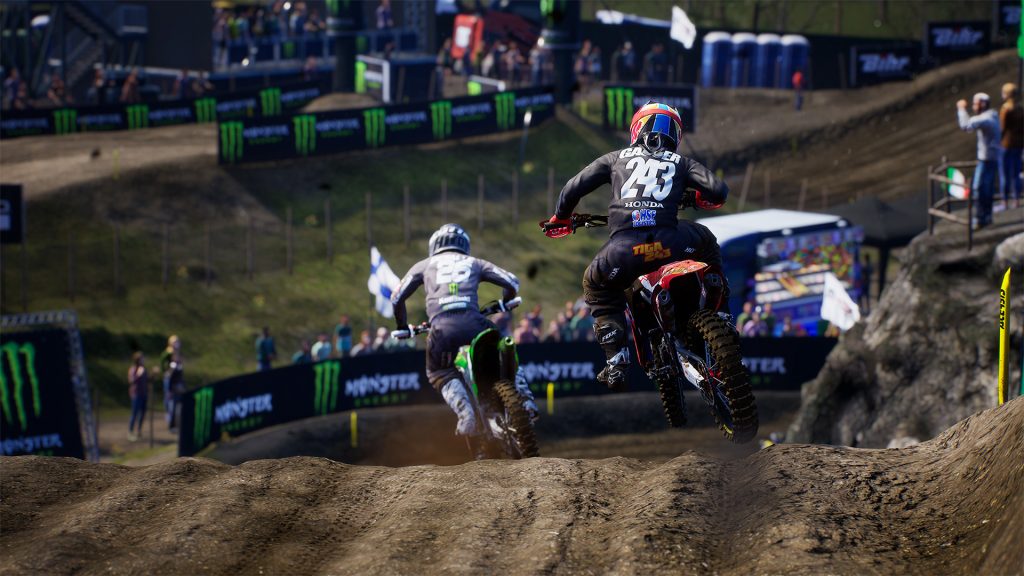 The sound design is pretty much in line with the developers quest for realism in MXGP 2019. You can really feel the hum of your bike engines at the starting line and then the firing of the cylinders once you release the clutch and accelerate as fast as you can to try and get that much needed head start. The sound of the engines goes up or down depending on how you’re navigating through the tracks, and I’m quite impressed at the small details of subtle rain drops and wind during weather changes. 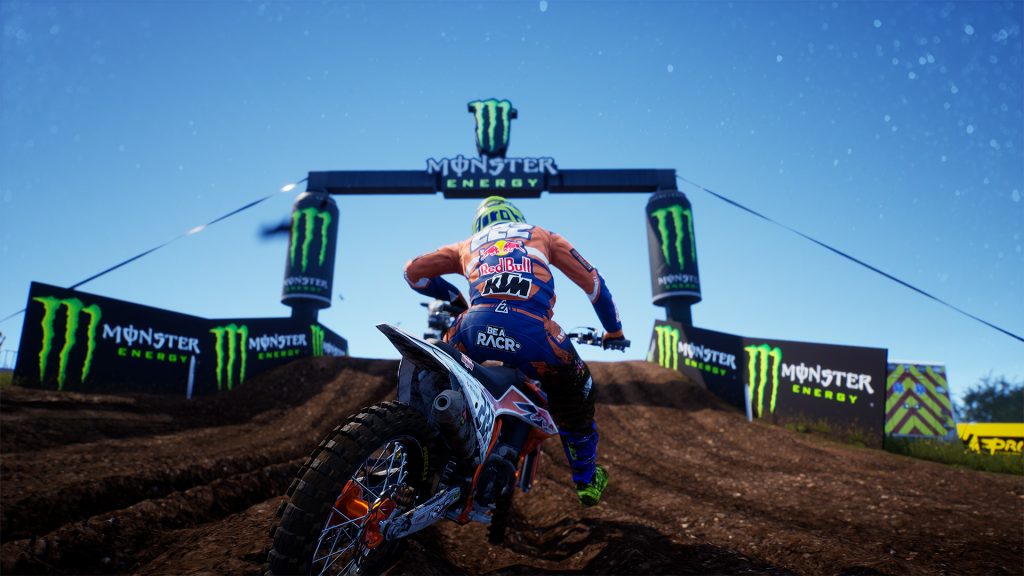 Coming in to the game as a complete beginner to the MXGP series, I felt it was a little bit too overwhelming. The developers loyalty to realism feels a little too much like gatekeeping which, in my opinion, will deter a lot of people. The fact that you’re thrust into the career mode without a proper tutorial to teach you of the game’s handling mechanics exacerbates that. All that being said, if you are a fan of the MXGP series then this’ll certainly appeal to you. It just seems like a missed opportunity to try something new for the series by adding both an arcade and a simulation as the tracks are quite fun to race on and the racing experience was a kind of fun once you get a hang of it.

Check out our review of Arc of Alchemist HERE!