Here we have an oldie but a goodie, a KEMCO game that flew under the radar. How this got away from me back then I will never know, but I am here to rectify it.

As Patty is out with her brother and Butler, her bother releases the God of Hunger. He is possessed by the God. Patty and her family become poor and her father’s debt now becomes Patty’s to pay off. How will she do this, and defeat the God of Hunger? By opening a Marenian Tavern to feed the Hunger God till he is satisfied.

There are some genuine, funny moments and some overall good writing within the story. The whole plot is not deep, but it is engaging. 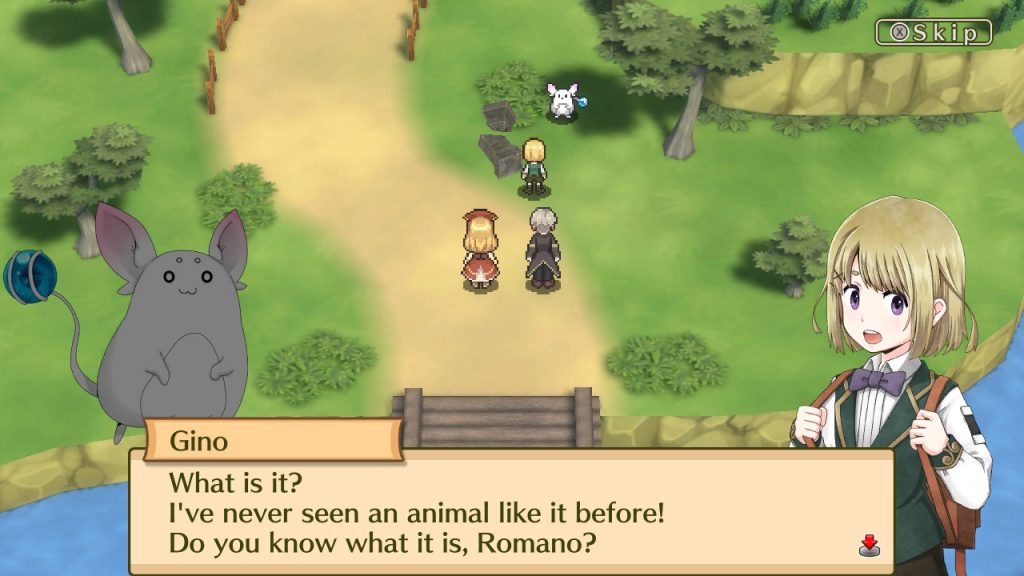 The gameplay in Marenian Tavern Story is a simple pick up and play JRPG, cooking simulator. With three main elements.

The first element is – Gathering, cooking and store management simulator. This is in the form of going into the world, gathering from sparkling gathering points. Come back to the tavern, make food and sell it to get money. Then go buy supplies and repeat this until you have made enough money for the tavern to level up. This is the majority of the gameplay. With 600 dishes, including sweet, mains, drinks, it will keep you busy. As well as being able to make your own food or at least fail a lot there is plenty to cook.

The tavern levels up on the fourth day of the calendar once the God of Hunger is fully fed and Patty has made enough money to please the god. There are only four days in the week here and a day ends when the opening of the tavern has finished. It is such a fast and straightforward process it quickly very addictive.

The second element is – The JRPG element, as KEMCO is known for JRPGs they put it in a cooking sim and it is fantastic. Just like the cooking aspect, this process is also simple and straightforward. There is an ATB bar when it is a character’s turn to attack, press the button mapped to the action you want to perform. For instance, if you want a regular attack press A. New skills are learned by fighting. One little change I really liked is there is no EXP from fights, but there are money and ingredients still. EXP is gained by eating the food Patty cooks. New equipment can be bought and healing items also.
I did, however, feel it was at times too simple. As there is an auto-attack feature and most fights can be won with this. I hardly used my special attacks within the game. I just used them to see what they looked like.

The last element – Managing money and supplies. With so much to cook and items to buy managing these two components becomes the overall focus of the game, as with no money, you cannot purchase much-needed supplies or upgrade gear. With no ingredients, you cannot cook. It is not complicated, just at times I found myself forgetting to buy things so I turned to selling lower priced items.
The massive downsides are the menus and storage. I would have liked to have seen a better way to organize the bag. It sort of works like here is a list, look down the list for things to make. No ingredients for the first 50 items, you have to scroll past. I would have liked a make only button that shows only items that can be made.

Overall Marenian Tavern Story is a great user-friendly mix of cooking sim, JRPG and Management sim. I found myself whiling away the time on this one without knowing that four hours had passed. 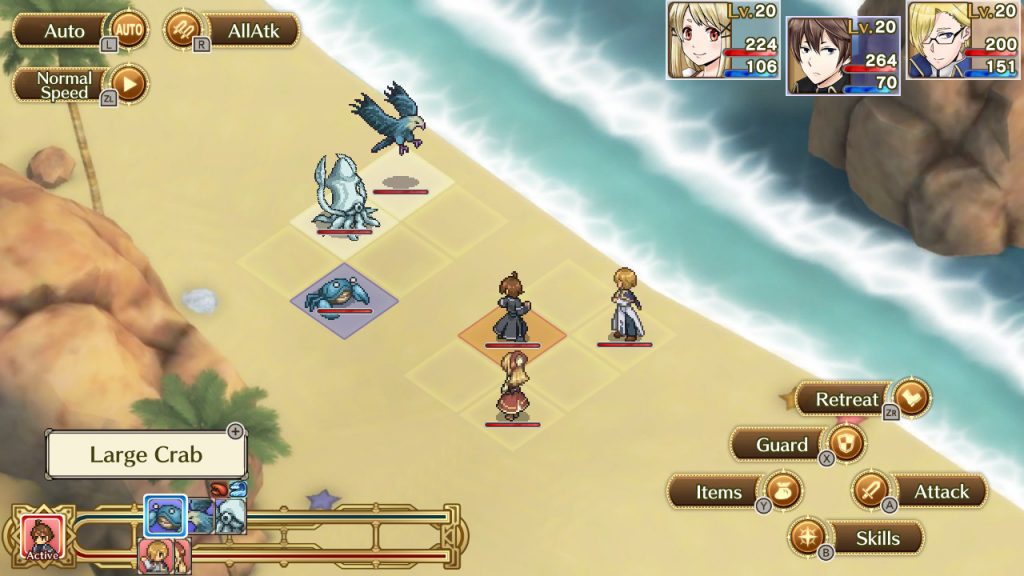 Visually, Marenian Tavern Story follows the KEMCO recipe to the letter. Piixilated graphics for character models with a slightly higher resolution world followed by some wonderful character drawings for the story portions. Here the world is beautiful and one of the best I have seen in a KEMCO game.
My only gripe is that I want KEMCO to mix it up and push out something different looking. Every game is starting to look the same now.
I found no bugs within the game.

As for sound design, there is not much to it. There are nice tracks for each area. Normally jolly happy tracks, however, none that got stuck in my head. Sound effects do enough but add little, and there are no voice-overs. 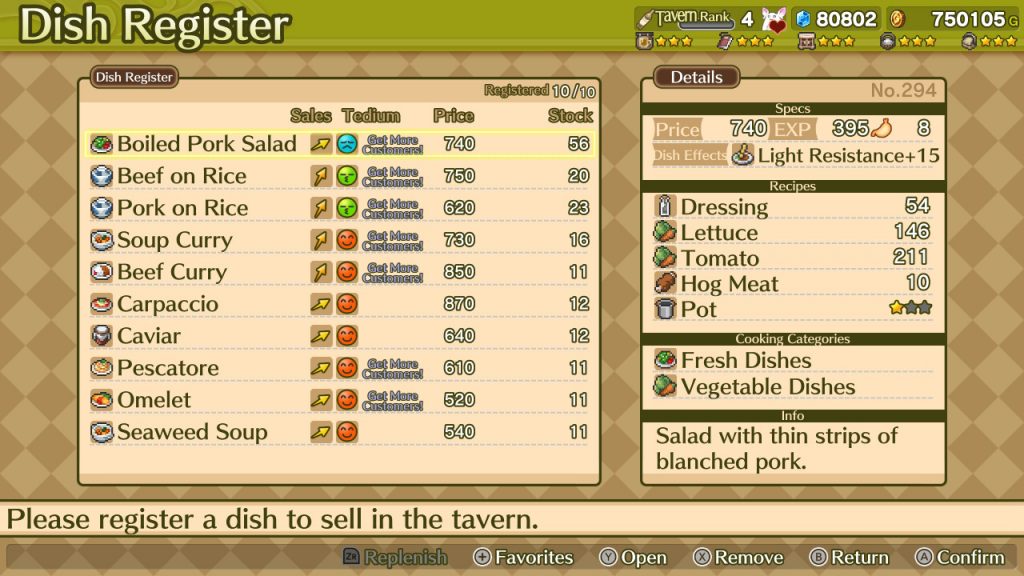 Overall Marenian Tavern Story is an easy pick up and play cooking sim game with JRPG elements. It sucks you right into the game from the get-go. This could be a good game for Atelier fans while waiting for prices to drop or for someone to get a taste of a crafting (cooking really) game.
I would highly recommend this one and I feel it is already a Switch Hidden Gem.

If you like this review here is another hidden gem, Fox ‘n Forest check the review out HERE!