It is not everyday I am left speechless at a game, but here we have it. The art style alone had me stumped, but do not let this put you off, Lucah: Born of a Dream is an excellent game.

You take control of Lucah the protagonist who has been cursed to wander and survive in his own nightmare. Normally nightmares are just while we sleep and once we wake up in a cold sweat, they are gone for good. Here we are stuck in the nightmarish hell and all the twisted monstrosities that would normally disappear when we wake are now out to kill Lucah. 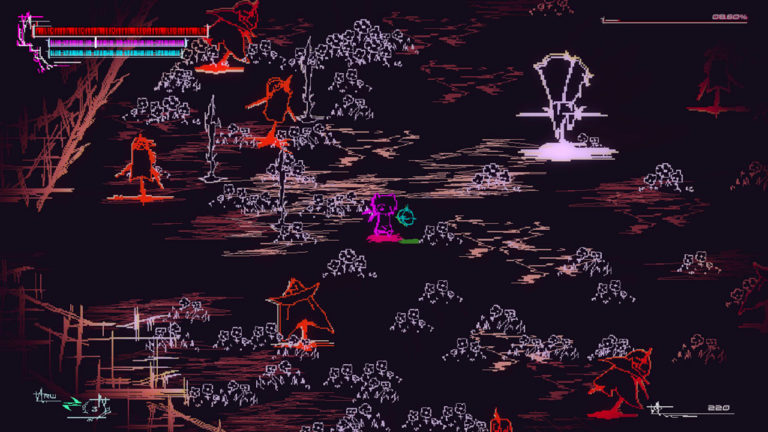 So, I am going to get the Dark Souls comparisons out of the way first. There is some influence for the Souls-Borne games, with the stamina management allowing for X amount of attacks before the character has to rest. There are even ‘bonfires’ that look like a sword handle on the floor. These will refill the health, stamina and the ‘mana’ or bullet meter, along with allowing to improve stats — lastly, the powerful bosses within the game, all lend from the Soul-Borne games.

Now that that is out the way lets look at what Lucah: Born of a Dream bring to the table. Combat, stamina and the magic bar. In short, the combat is basic with, light and heavy melee attack with a long-range attack. Where the combat becomes something more than three simple buttons is the management of the stamina and the magic bars. Stamina self-charges and is used to attack and dodge, whereas the magic bar is a charge bar, only filled by landing melee attacks. The magic bar is used by familiars to launch devastating long-range attacks. It’s a perfect balance, forcing the player to use a mix of melee and distance attacks but strikes a balance perfectly.

Along with the excellent combat, there’s a customisation system in place that would feel right at home in some of the bigger AAA games. Firstly two load-outs can be switched in real-time. Each load-out contains two mantras and a familiar. Mantra’s are the type of attacks as well as the type of additional effects that can occur for example, Aero gives Lucah a longer ranged attack. With around a dozen Mantras, there is plenty of room to find the best combination to suit your play style. Familiars have different types of attacks, for example, one bullet attack or a three-shot spread. Each attack uses a different amount of magic per shot, so finding the one that works for your play style is essential. On top of that, there’s Tech, that augment an ability a set way. Virtues are abilities that change parts of the game, for instance, increase stamina regen rate, when landing hits.

There are a few minor problems, nothing that is majorly game breaking, more slight annoyances. One is the games auto lock-on, at times struggles to focus on the target you are attacking more so when enemies are grouped. The other is navigating the rooms, as it’s relatively easy to get lost in a world with no clear pointers. I for one, don’t mind getting lost in a world that is out to destroy you, but I know of a few people who did moan about the fact they were lost a lot of the time. There’s a map, on the menu, but I think a mini map could help some people.

Overall, solid gameplay with a minor problem or two. 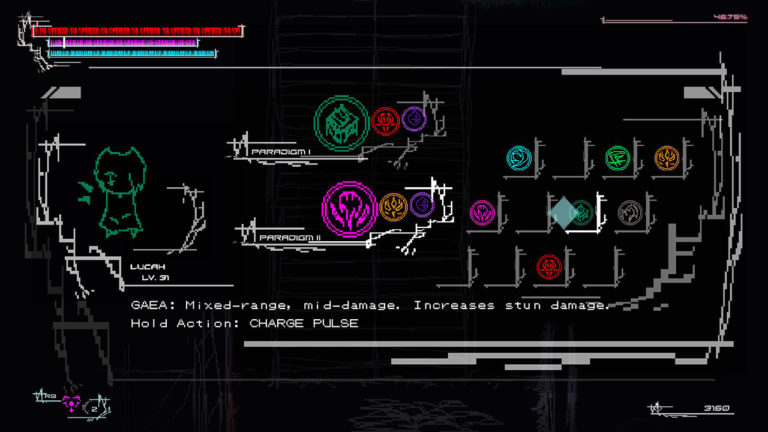 When starting Lucah: Born of a Dream, the first thing you will notice is how misleading the art style is from the menu image (as seen in the Youtube thumbnail above). Upon entering the game, you are hit with what looks like something I would expect my five year old to draw, and I LOVE! it. The art style was no accident; I am assuming for several reasons.

Firstly the feeling of unease from the irregular and jagged edges, that look as if something is not right. Single line drawings in the bold colours against the barren black background is something I could imagine from a nightmare. Along with the art style, the void of indicators on-screen adds more discomfort and loss into the mix.

Secondly, the art style makes it feel like it is a child’s nightmare that you have entered. With the lack of any more delicate details, it would be easy to assume this nightmare is of a relatively young child.

Third, the enemies are giant red masses that want to kill kill Lucah. The red enemies again made me think of my children and how they know red is terrible.

I want to go in to far more detail then this regarding the visuals and the unease it causes, but I feel that it will spoil most of the magic if I did so. This is something each player should experience for themselves.

The performance is excellent, nothing really to report on a negative standpoint. It looked good in both handheld and docked. I preferred to play this docked.

Overall, it looks and plays great. 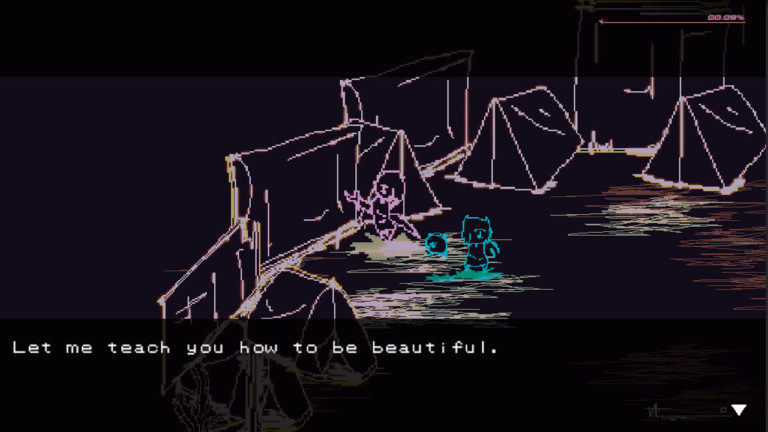 Music and Sound effects in Lucah: Born of a Dream, are both unnerving and chilling.

The soundtrack is something out of a classic ’80s horror movie like The Omen. With its quiet, constant drone and with random placed noises throughout most of the playthrough. With the added monk chanting in places, making the already creepy world creepier. To the boss fight that have more bass and the added symbols raising the tension just enough to wake the player from that slower-paced horror daze to ‘oh! No, I gotta fight.’ Making for a soundtrack that is more of a subtle horror vibe of the classic horror films than the jump scare ones of today.

The sounds effects are interesting in their quality. It is as if the devs have borrowed them straight out of arcade machines. The swipes of the enemies are a simple swoosh the distant shots are loud and powerful sounding but with no depth. Before anyone thinks this is a negative, this is an excellent choice for the game, with its minimalist style and creepy feeling of being alone, blend in perfectly.

Overall, the sound is creepy and simple but it works. 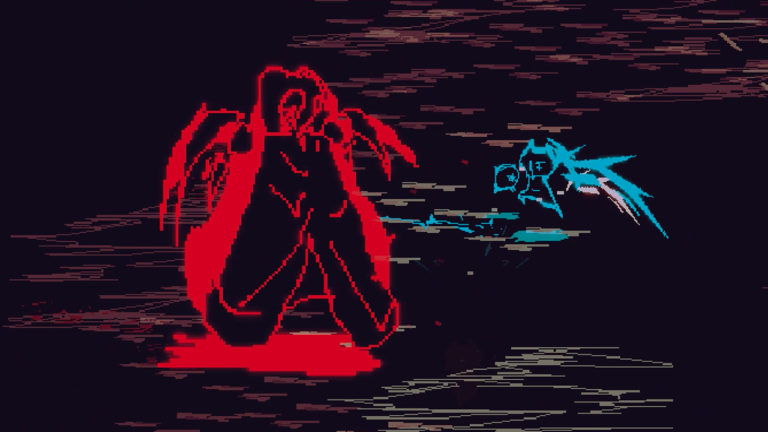 After playing Lucah: Born of a Dream, it shows that graphics are not everything and that gameplay is still the essential aspect of a game. Playing many games on the Switch with pretty much all the Souls-like games, I can say with total confidence this is up there as one of the best. It has a couple of minor issues, but the game is simply amazing.
If you like a solid action hack-and-slash, gun-play, with one of the most interesting and stand out art style then Lucah: Born of a Dream could be for you.

For another Souls-Borne style game, check out our review of Immortal Unchained HERE.