You play as a Wolf who is trying to find its place in the world. However, you are not the same as the other animals. You are greeted by a mysterious Orb that guides you to the city of Machu Kila. Along the way discovering the Wolf’s past. The Wolf is also granted the power to take control of any animal you can see.

Lost Ember is an interesting game with some fun concepts and could be something wonderful, it just falls short of the mark. 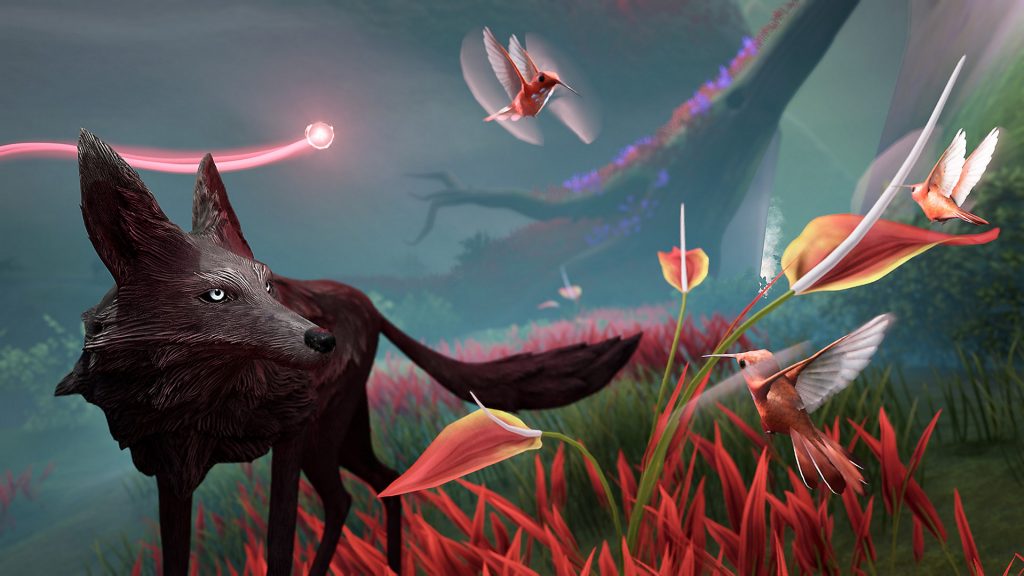 Lost Ember is a simple game to play. You play predominantly as the Wolf. Follow the glowing Red Orb along to the next ‘puzzle.’ The ‘Puzzles’ in the game mainly revolve around taking over the other animal around the Wolf. Once the animal is under the Wolf’s control, the gameplay will shift per the animal. For instance, if you take over a Humming Bird, you become very fast and can move anywhere in the world.

With this being the main focus of Lost Embers gameplay is also the weakest aspect. The changing in mobility works seamlessly and feels natural with the layout. However, some of the animal’s movement is horrid. Back to the Humming Bird (I like them, okay!), with the speed, its movesment is very poor. This could have been a design choice due to its speed, but it feels sluggish and pretty hard to handle. It is not the only animal that suffers from this problem. Along with this – puzzles become boring quickly as the animals are used for the same type of puzzle each time.

Moving Away from the bad, let us look at how the story is delivered. The Red Orb can only move within a set area of the world until the Wolf finds its memories. Once the memories are all recovered, the Wolf can break down the barrier and on wards to the next memories. The memories are shown as 3D stills with the Orb narrating what is happening. I liked this narrative direction, but like the puzzles, it gets repetitive.

The gameplay is the weakest part of the game, I still enjoyed my adventure. I just had to look past the repetitive nature of this beast. 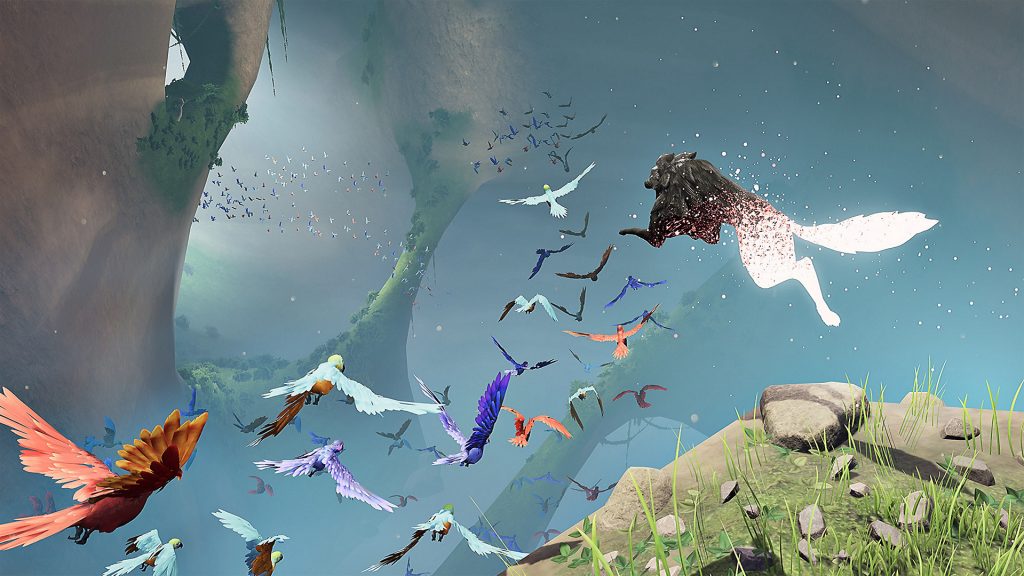 The visuals in Lost Ember are stunning. It is somewhere between low and high-poly. Giving the world a mysterious ancient feel while being breathtaking at the same time. These graphics look the best as the Wolf, seeing the first open meadow is something to behold.

There were no issues with performance. 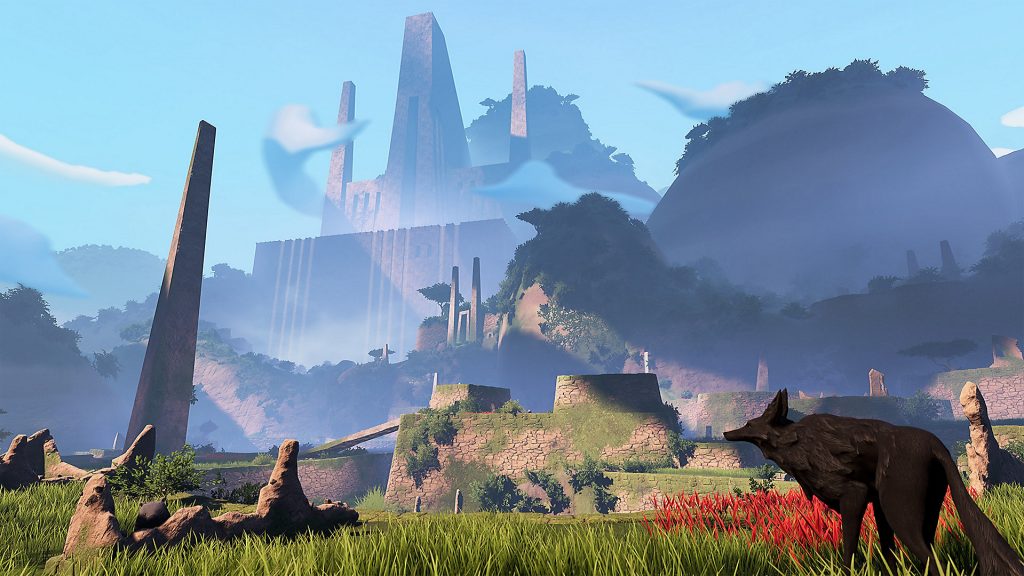 As with the graphics of Lost Ember, the sound design is excellent. The low background music hitting just at the right time adds to the splendor of the world. With the sound effects of each animal coming across wonderfully. There was a lot of time and effort put into the sound design. 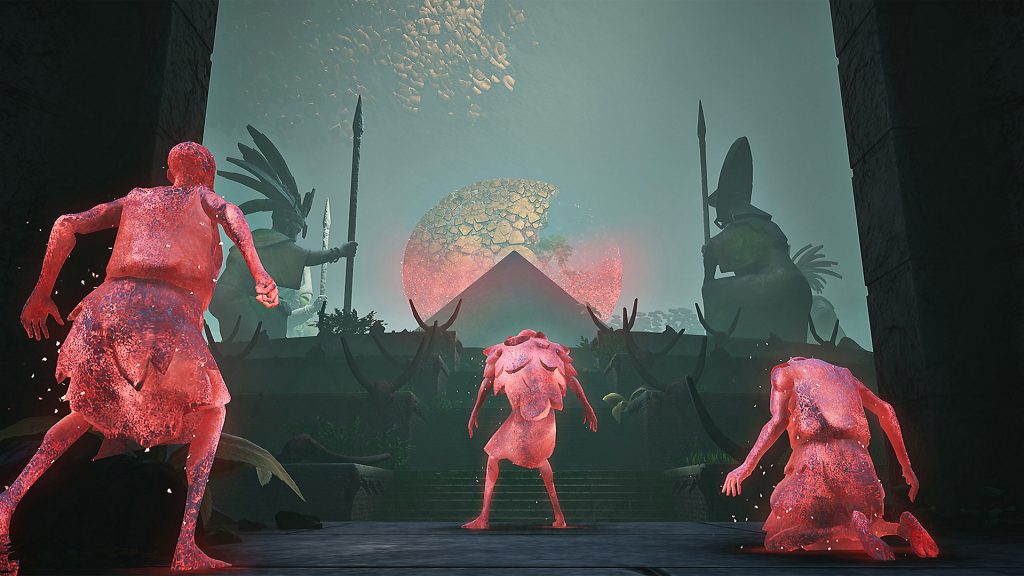 Lost Ember is a game that had the potential to be exciting and different; unfortunately, it was let down by the same goal. With some inadequate controls and repetitive gameplay. The graphics and sound design do a fantastic job of conveying the wold. As I stated at the start, it just falls short of something beautiful.
For this I would wait for a sale, it is still worth playing but just a little cheaper.

Wanting something else a little different check out our review of LightStep Chronicles HERE!