Set in an alternate futuristic reality, Lightstep Chronicles is an imaginative, all be it, peculiar text-based sci-fi adventure. You are Captain Cain Phoenix, leader of a squad of soldiers, who venture into a desolate cave on a salvage mission to investigate a wrecked spacecraft. Soon after entering the seemingly empty vessel, Phoenix loses radio contact with his squad, chaos then ensues when they are ambushed by unknown entities, the squad scatters, and Phoenix soon awakes bound to a chair with a protruding AI drone before him. They are on the Amarok, a ship with no captain, no crew but with multiple determined, ambitious and precarious AI all vying for control of the crashed vessel. 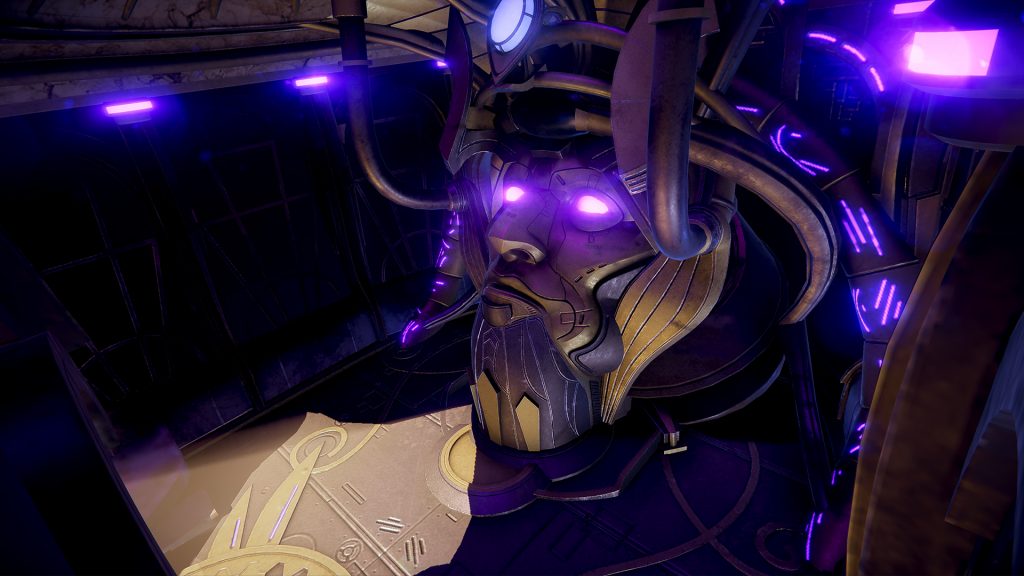 The overall premise of the story is interesting, to say the least. The first AI you meet is called Aleph, he is the one who ‘rescued’ Captain Phoenix and his crew. Aleph tells you of the destruction of Amarok (the ship) and one particular destructive AI subsystem called Malkuth who will kill the captain if he sees him aboard the ship. However, as Phoenix wakes up, he realises that he is tied to a chair and cannot move. Aleph insists that this chair is for his own protection as it cloaks him from Malkuth, thus allowing him to move around the ship unnoticed, it also has a scanning feature which is used to scan camera drones and control systems throughout the game. Aleph proceeds to tell Phoenix that he needs his help to gain control of Amarok from Malkuth and the other pernicious AI on board. However though as you progress through the story, Aleph may not be the sincere hero that he seems to be as the other AI have their own opinions of him – it’s up to you who to believe – as it comes to fruition that the AI all have their own dark secrets too.

As you talk more to Aleph, learn about the ship and the abilities of the chair, he tells you more about what you need to do. After the demise of Amarok, the AI started to act of their own accord, pushing their own agendas – Aleph needs you to delete the AI from the manual override console and give him control of Amarok. Ironically, the console has a failsafe – it can only be activated by a human. Soon enough, the trust between Phoenix and Aleph begins to crumble, owing to my escape attempt, which Aleph does not take well and the meeting of another AI – Yesod. Shortly after this, we come to the control room where Aleph bitterly orders Phoenix to open the console and delete the other AI’s. However, though, there is another failsafe in place, the service keys of the active AI aboard the Amarok are needed to complete the process. To do this, Phoenix must enter the AI’s simulations (their own created worlds) in the Simulation Room and obtain their keys after doing a quest for them. There are a total of five AI’s in total each with their own “personalities” and functions: Aleph, Yesod, Hod, Tiferet and Malkuth – all holding secretive information about their part in the loss of Amarok. The quests from the AI systems take you to multiple parts of the ship, all be it there are only a couple of these, but the quests are intriguing in themselves to learn about the fragments of information you are given by the AI, and the multiple readable located throughout the ship – combine these together, and you may get the truth about what really happened to Amarok.

As this is a text-based game, a strong dialogue and delivery system was something that I was hoping for – and Lightstep Chronicles delivered. The writing appears as text in the left side of the screen with a set text box colour for each AI while your text boxes remain gold. It’s roughly about one sentence in a box, these come in quick succession, I, myself read at an average rate, maybe a slightly slower pace, but these boxes remain on screen until you have selected a response, so it’s easy to go back and read a box you have missed. The narrative itself was engaging and with the ability to choose from multiple responses in conversations to gain different reactions was a nice addition. Due to the well thought out traits of each AI, every conversation you have will be different – I appreciate this as it adds to the strong foundation of the story and gives leeway for your responses to shape the narrative to what you want to do. Another aspect I appreciated was the deep conversations that you would have with Yesod about the fragility of humans, amongst other things – the writing in this gripped me. 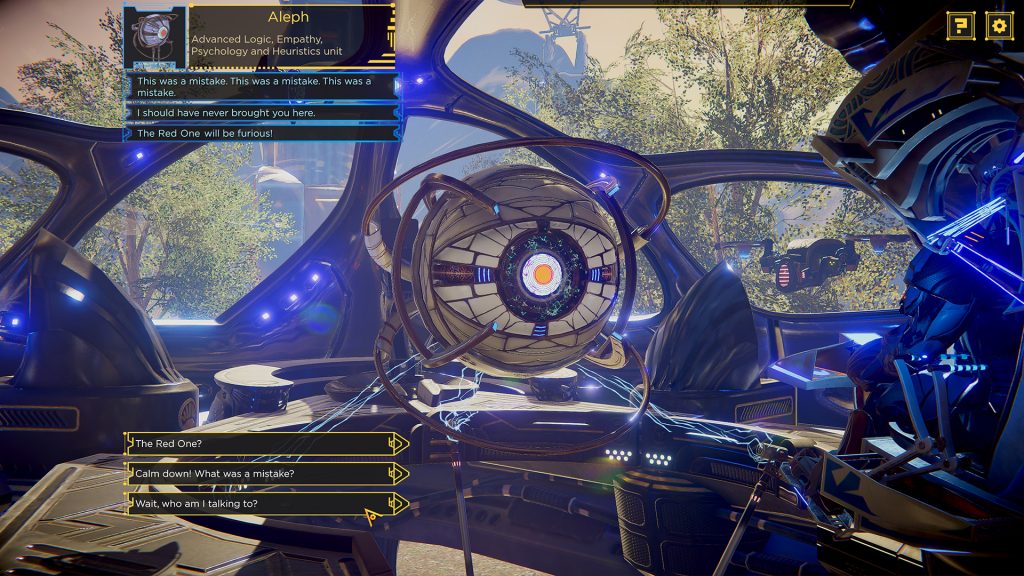 The opening scene of Lightstep Chronicles really impressed me, I was amazed at the crisp, clear visuals, mixed in with the superb vibrant colours. This carried on to the gameplay as these energetic colours are introduced to the ship while dark, gloomy colours were used in specific rooms to add to the mood.

The text delivery system, as I’ve mentioned above, was simple and clear enough, the text is a decent size, and the speed is adequate. The visuals when using the scanning feature are good, a shadow of orange sweeps the screen as you search for any drones and/or systems to use. Once you have swept the room and discovered everything in it, you can select a camera to view different sides of the room to uncover different parts and/or consoles for journal entries.

The gameplay itself was smooth, I didn’t encounter any bugs or hindrance while playing. 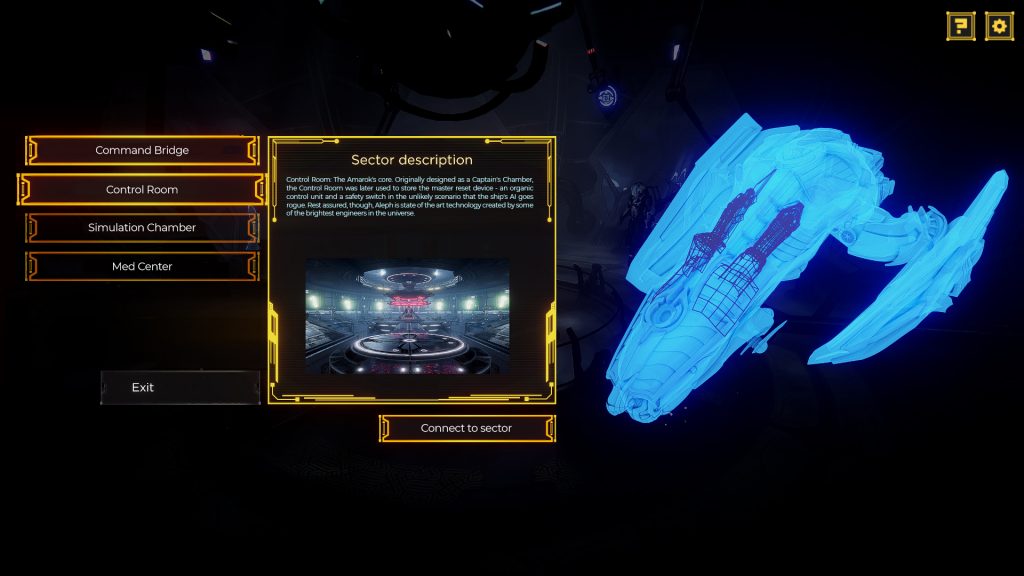 The music does a great job to add to the sci-fi atmosphere of the game, it’s spooky, uneasy feel keeps you on edge and makes you feel like you are on some strange distant alien spacecraft.

Also, the little sounds do a great job in adding to the realism of the game. For example, the rapid, quick succession breathing when Phoenix wakes up, when you select something it comes off as a “swish” noise, or the mechanical noises when you activate the scanner – I can appreciate these little attributes as they add so much more to the story. 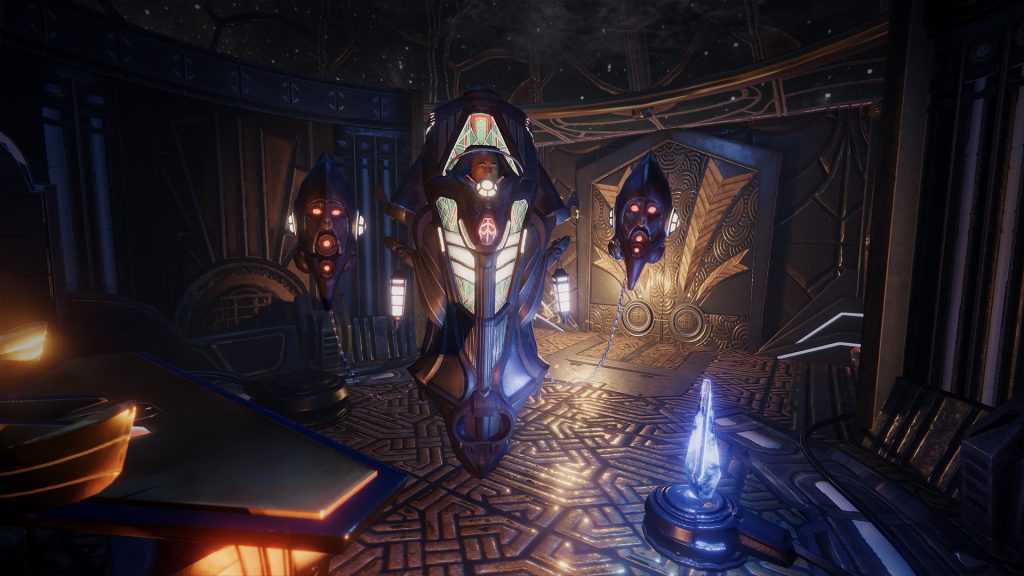 To sum up, Lightstep Chronicles is a colourful, fun, story-rich entertaining sci-fi game. It’s unique story, characters and overall gameplay make it a great game to power through in an afternoon, granted it took me two sessions to complete – in total just shy of 3 hours. It’s a game with not a megaton of action in it and you do have to read a lot to understand the story, but if you are willing to give it a go then I’m sure if you like a dramatic narrative with plenty of dark truths and some philosophical moments entwined then this is the game for you.