Langrisser I & II are the remakes of the classics of the same name, if you have ever wanted to get in to tactical turn-based gaming these could be the ideal starting point.

Langrisser I – Revolves around Ledin, a Prince, that has to flee his own kingdom from invaders. With a band of comrades, Ledin get his hands on the legendary Sword Langrisser to stop an ancient evil from taking over the land.

Langrisser II – Elwin, a traveler, who has stopped to rest in a small peaceful town with his companion he met along the way. Centuries after the first game and with the Langrisser as nothing more than a fairy tail. The empire invaded the village looking for a young girl named Liana. Elwin does not hesitate to chase after to save her.

The stories are straight up fantasy with all the tropes. However, Langrisser II has a better and more involved story, with a more fleshed-out cast of characters. This said do not expect to be blown away by it. 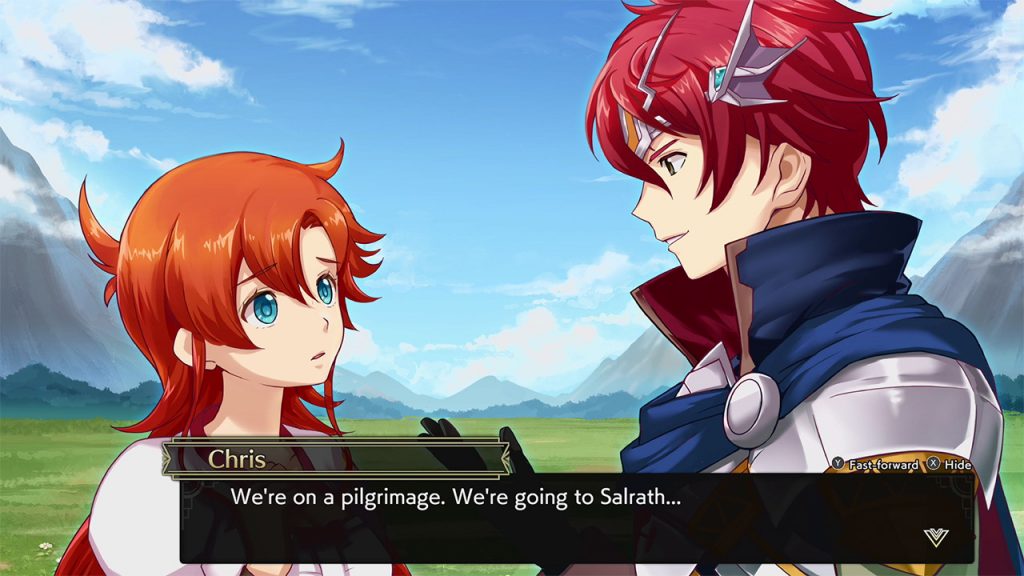 Gameplay is so simple and does not change between the two titles at all. As the old saying goes, why fix something that isn’t broken? The gameplay loop is the same pick a chapter, watch a small visual novel style cut scene, complete the battle with the conditions set and carry on.

The battles are simple, before they begin you can hire troops to take with you for each character. These troops all move on their individual turn and attack on their own. Each move is determined like all turn based RPGs which is the agility determines the turn order. Move in to attack distance and attack till the enemies are destroyed. Fairly simple yes?

It is a little more in-depth than that though. Each character can be equipped two items to increase stats like attack and defense. Along with different classes that can be unlocked, these will change how each character will move and attack along with base statistics. The classes can be swapped before a battle. The other two tactical advantages or disadvantage in the game, depending how the army is, is the terrain its self. As some units can traverse mountain regions easily while others struggle. Also, different troops and classes will have an advantage to other types of units. This seems like a lot, but it is simple and easy to get to grips with.

The game’s story is somewhat non-linear, with choosing what route to take the story in some chapters. Again, Langrisser II has far more choice than its predecessor. Along with picking a story route, there will be choices to make that will impact the plot’s outcome. However, do not fear if you feel as if you have made the wrong choice because it is possible to go back to the previous chapters and change the choices made. 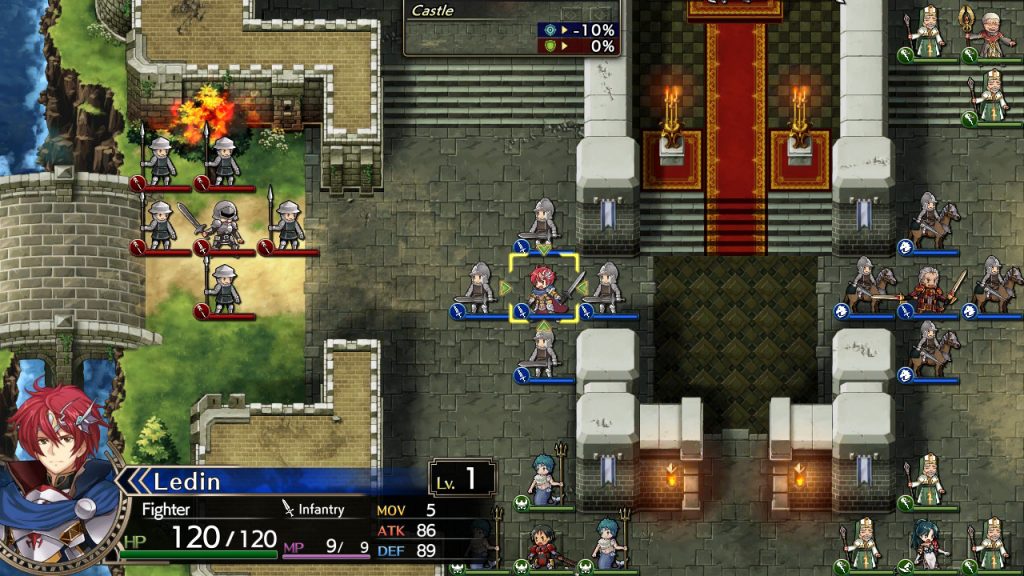 Graphically, Langrisser I & II is a massive leap forward, as to be expected being 29 years older than its original release back in 1991. Everything just looks stunning, more detailed, higher quality and all in HD. There is nothing else to say, it is simply stunning.

I encountered no bugs with the game. 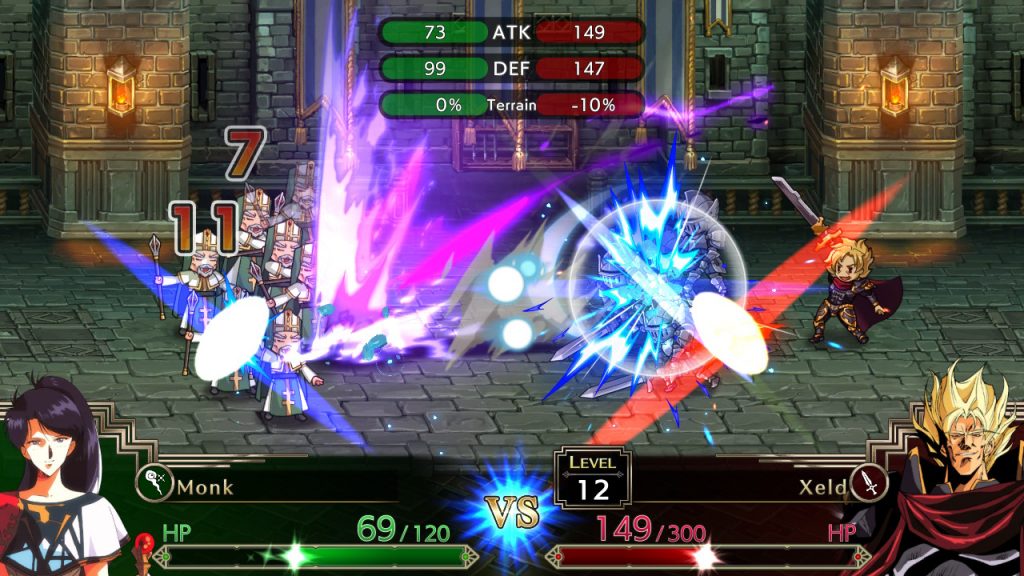 The musical scores have been re-recorded by an orchestra, and they sound AMAZING! The music is extraordinary with the high fantasy feel. Along with the SFX, it all sounds amazing. Like the graphics, just great to behold. 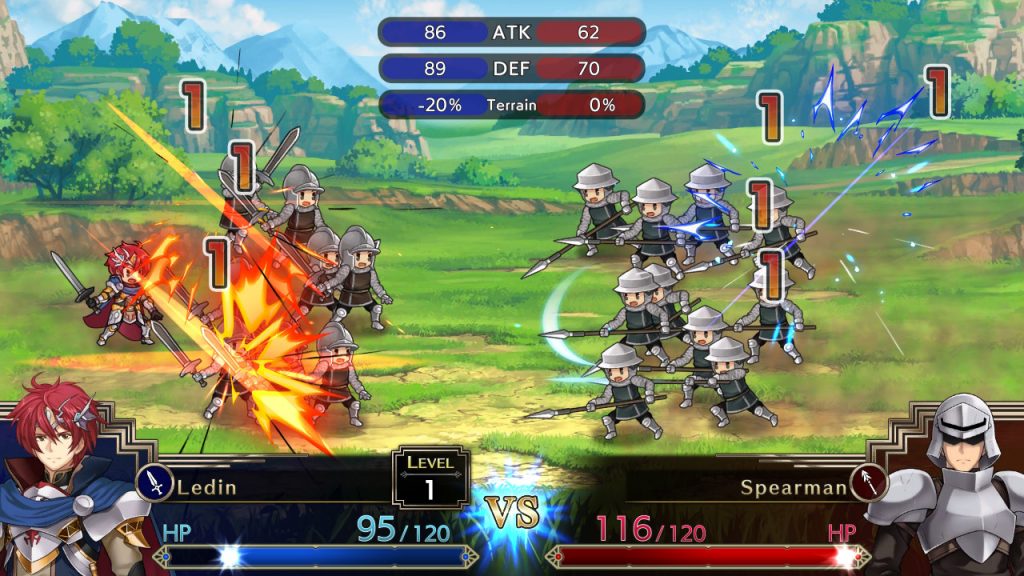 Overall, if you are a fan of tactical turn-based games, then this is a must buy. Simple yes but rewarding and a timeless classic. It is easy enough to get to grips with and a great introduction to the genre. The battles do not feel drawn out and the story progression is well paced. The added option to go back and change the story, if you needed to is a good bonus.

I recommend Langrisser I & II, for anyone that likes tactical turn-based gameplay or starting out.

If you enjoyed this check out our review of Ash of Gods for more turn-based action HERE!