Where to start with this mishmash of gaming ideas? Hunt Showdown is a sudo-battle-royale style game, with PvE game play, hunting and a big dash of horror. I had no idea what i was getting in to when I started this one; it surprised me.

Set in an alternative 1890s there are otherworldly forces infecting the people and wildlife around you, warping them in to mutants. It is your job to exterminate these forces by any means and all that get in your way. 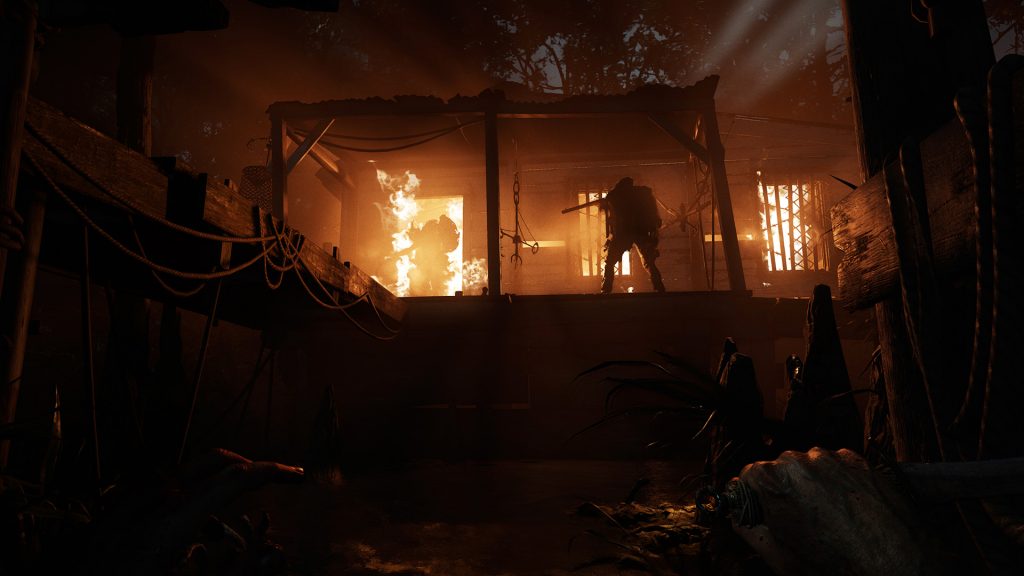 Hunt Showdown mixes some of the biggest current gaming genres into something that it is unique and most importantly fun. Think of Resident Evil 7, PUBG and Red Dead Redemption 2 had a baby and you are on your way to getting a feel for this one.
The gameplay is simple and solid. A player picks the weapons then finds a game, this can be alone our with up to two other players. The players are then dropped in to the Louisiana Bayou, and the hunt is on. There is a twist though, you are not alone, there are many enemies to fight along the way. From normal Zombies to the much harder dogs and armoured enemies. If that’s not enough for you, then there are other teams also hunting for the boss.
Once a boss has been found, it is a case of kill it as fast as possible. Now considering the weaponry is things like one shot rifles, this can take some time. Once the boss is down, it starts a two-minute banishment ritual. This ritual appears on the map for all the other hunters to see. Meaning some freaking stressful fights, as death is permanent. There are three bosses, The Butcher, a powerhouse that lumbers towards the player, The Assassin that changes in to swarms of insects and lastly The Spider, an arachnophobe’s worse nightmare. Even after defeating a boss and completing the ritual, the team gets a token and needs to make it to the extraction point.
To track down a boss, clues need to be found, unless you are lucky enough to find it without the clues. To find clues players will use magic. This turns the screen black with washed out grey and white making little blue floating dots, this will show the clues and the boss.
There are loads of guns to unlock, each lending towards a different playstyle. There is no auto reload here, so monitoring the bullet count is essential. If you carry a shotgun, it is not like COD where two shells in the gun and 8 are loaded, it will be 8 shells. You do not want to be left short in a gunfight.
I liked the fact that there are so many things happening on the map, not only did the world feel alive, it was also tense putting me on edge all the way though my games. I am not a fan of battle-royale games, but as Hunt Showdown has PvE elements and objectives, it did not feel like PUBG. The different types of gameplay that can be utilised stealth, distraction, all out slaughter of the other teams or even just sit back and wait for the ritual makes the gameplay aired. Even though the gameplay can be changed by the players, there is only three bosses and two maps making for a distinct lack of content. 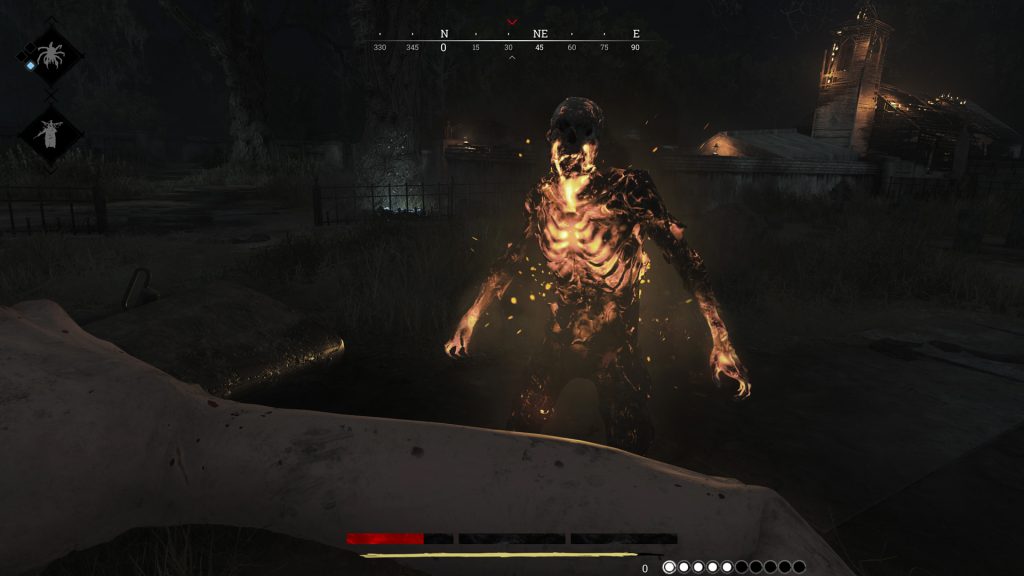 Visually, Hunt Showdown is stunning, this is Crytek after all. Remember that little game called Crysis? Here the lighting effects, the dense vegetation, not to mention all the enemies that are present on the map, everything looks stunning with a constant feeling of horror and dread. There is also four times of the day to play in and each once is just remarkable, be that the glow of lanterns in the night or the sunbeam’s though trees in the day.
This is also the downside, everything looks stunning but there are only two maps as of now, and variety is the spice of life. The spawn points, bosses and extraction points are all random, but I wanted more maps and places to explore. 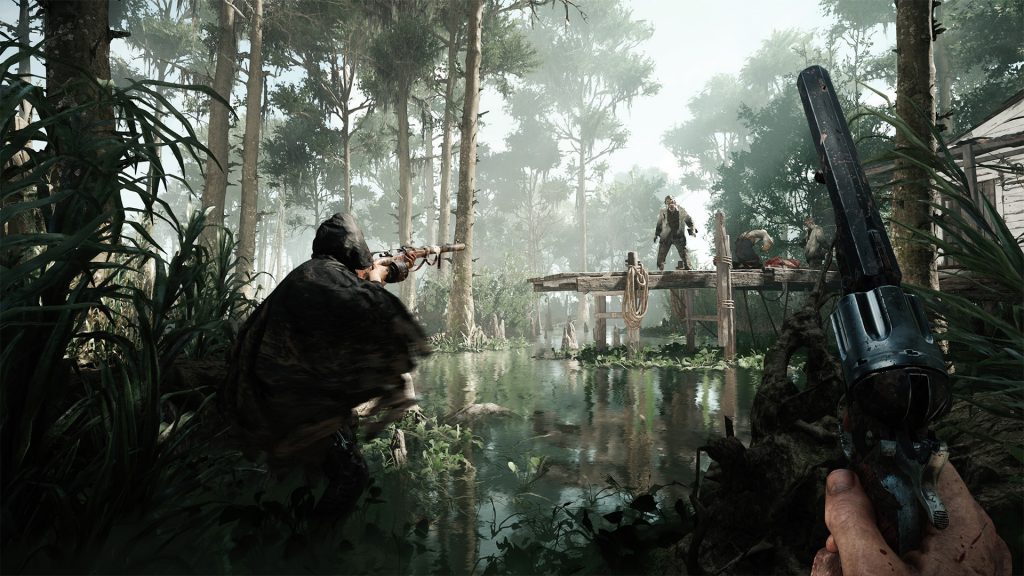 Sound effects are used well here. I recommend headphones to immerse the player in to the game world and to crank up the horror factor. From the simple splash in a puddle to the creaking and chattering of a spider. Each one has a high sound fidelity and feels as haunting and creepy as the next. The guns all sound fantastic, heavy and powerful, as they should. Even at a fair distance, it is possible to hear guns being shot and this ramps up the tension. 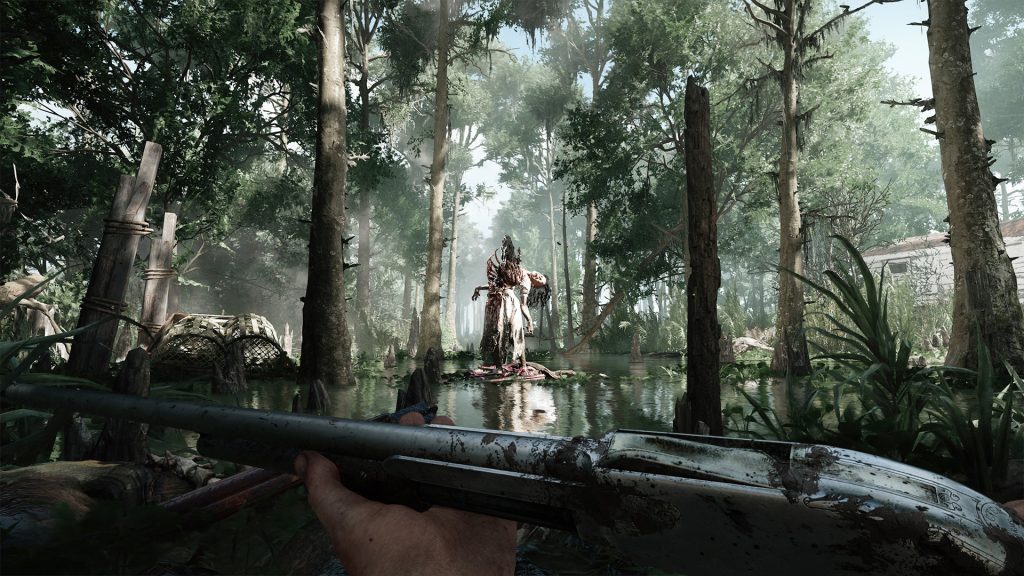 Overall Hunt Showdown has the potential to be something great, the base is there but I feel Crytek needs to support this title and fast. The mix of game types and the settings all make for something very interesting, but there is a massive lack of content. Hopefully, there will be some updates to add content soon.

I would consider holding off on this title, not for it being a bad game, it is far from it just wait for more content.

If you enjoyed this, check out our review of Hero Land for something different HERE!