Go All Out has joined the switch beat-em-up party with its own take on the genre…. As it stands on the shoulders of giants can it deliver a competent, fun experience on Switch or is this clone trying to hard? 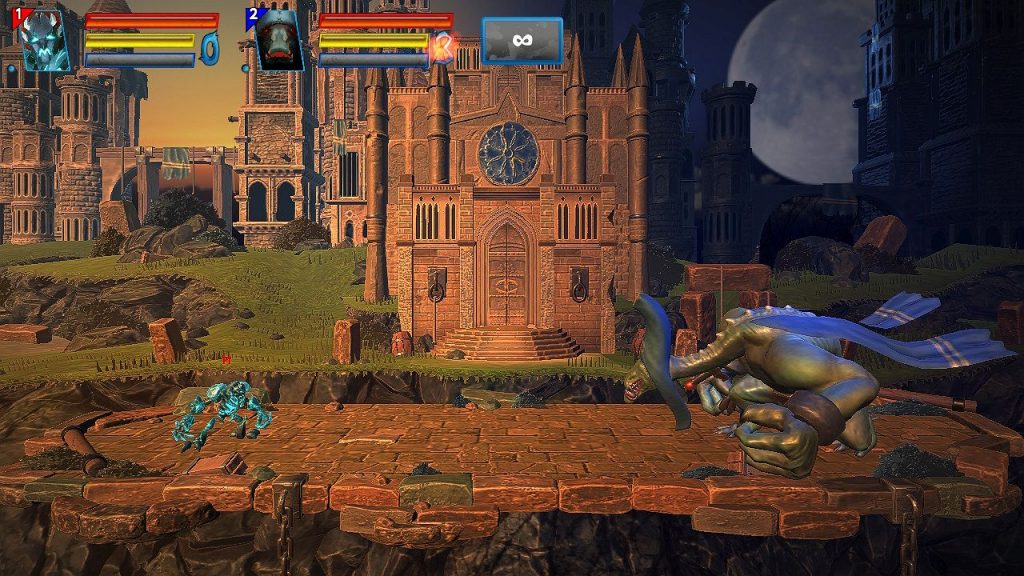 Go All Out on the Nintendo Switch has a lot of the traditional staples of most modern party fighting games… Such as a wealth of modes for a single, local multiplayer and heaps of unlockable content. Plus a cast of quirky characters and stages to boot.

You can play with friends locally or randomly online and by doing anything in game gain GAO Points to purchase more content from the in-game store.

Lets take a brief look at some modes available in the local play offerings in Go All Out.

Arcade mode –  Contains a Classic mode where you’ll battle a variety of different enemies across multiple levels before reaching a final encounter with the main boss enemy, the calamity… who is a rather large lizard creature with some cheap attacks.  This act’s like a sort of story mode, you can unlock backstories in this mode to view in hub world.

The other modes available here are: Duel, challenge and Go All Out… however some of these other modes don’t feel very fleshed out and are to similar to each other.

Versus mode—is your typical multiplayer with friends or the cpu.

Ball mayhem, Bag Bounce—try to add a little spice into the mix…  However, I feel as though these are definitely  the weakest modes overall.  One involves you throwing balls to damage your opponents and bag bounce seen’s you hitting a money bag as many times as you can within the time limit. Again, these modes don’t really feel all that fun and feel like small distractions than anything worthwhile.

World Hub – seen’s you walking around a 3D space with all the characters, items in the game.  You can read each characters backstories (if you’ve unlocked them) and look at few item descriptions.

However, it all feels a little lifeless and I think it would have been better if they had implemented a compendium of sorts instead… something you could checkout and been able to read backstories, maybe views character models in.

Character roster is full unknown faces apart from the kid from Teslagrad. Characters range from a raptor with jet-pack and rocket launcher to an ice golem… These characters look completely different from each other and have multiple different items, colours to customise their look. Also all 10 characters are available from the get-go.

Game can also be played locally with up to 8 players and game also supports online play, which is a nice extra.  In online mode you play a quick match, ball mayhem and bag bounce… it’s not got a wealth of modes online though, but it is a start.

The developers have mentioned about an update that could hopefully refine this games core mechanics, possible add some new content in the future.

Gameplay is very similar to most party beat-em-ups as you brawl on a variety different levels using light attacks and heavy attacks, your special abilities to destroy the competition. You can also use dodge roll’s, air, dashing just like in super smash bros. And you can pick up a few different power-ups to help you out in a pinch.

Its similarities to Super smash bros ultimate is apparent it’s just not as fluid as that title.

This time each character has their own health bar, stamina bar, special bar… Instead of launching characters off a stage to win though you must deplete your enemies health bar before anyone can be victorious.

The stamina bar deplete when blocking and dashing.  And each successful attack will slowly fill up your blue bar, allowing you to pull off special moves with ease.

Even with all this going on, there’s something not quite right with the fighting in Go All Out.  The hit detection feel’s a little off and characters can be quite stiff on the battlefield. And it can be difficult to turn around due to the sluggish inputs.  If the developers could support the title with the necessary patches, this could be resolved.

It is still playable but just not as fluid as other titles.

There’s also an in-game store where you can spend your GAO points – which is the main currency in the game. Here you buy equipment for each character.  Full costumes, colour swaps for all characters. Win, lose poses.  As well as new levels and victory stands plus emotes. Giving you a lot of content to unlock over the course of your play session 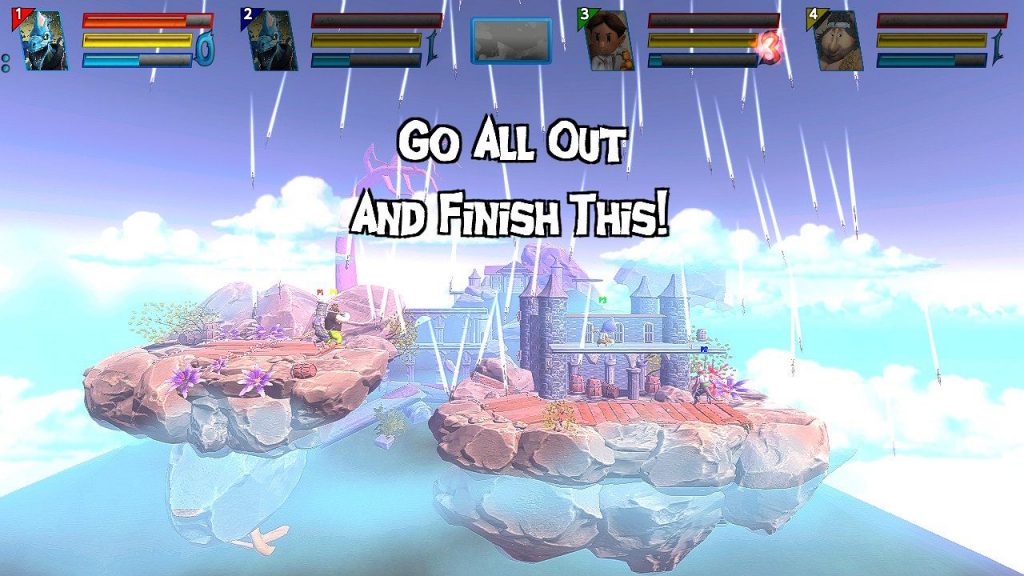 Graphics in Go All Out aren’t anything outstanding but do a decent job of representing each character and environment. There are some unique stages to play on, some definitely look better than others.  There are some visual oddities here, there though with characters, certain stages but mostly they look ok. 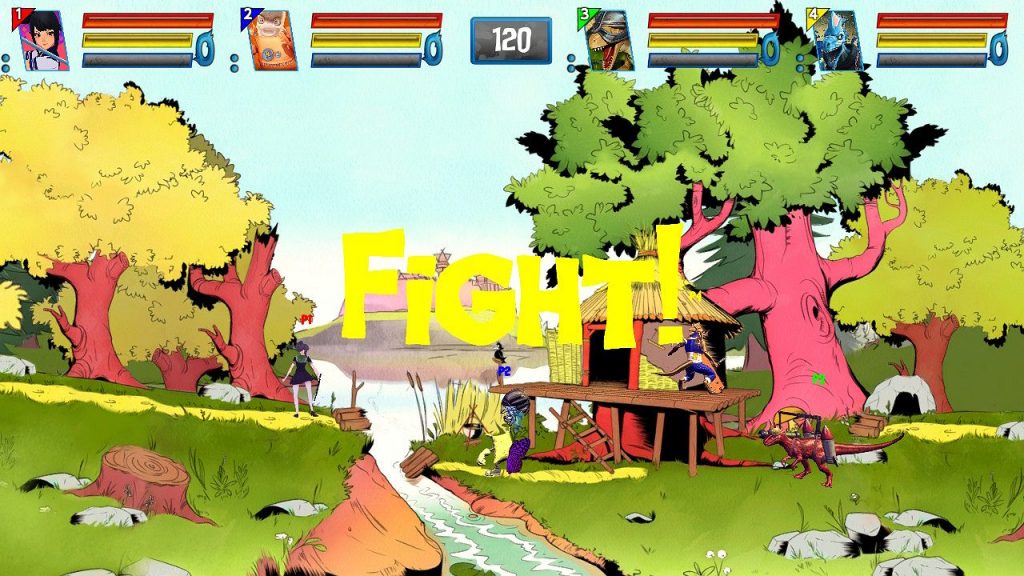 In the sound department it is your typical collection of generic beat-em-up tracks that you’ve probably heard in countless beat-em-ups before… but they server there purpose.

When standing on the shoulders of giants you need to bring your A-Game… and Go All Out try’s with a bunch of  modes, unlockables and the ability to play locally and online.  But it doesn’t feel as refined as it could have been.  There’s a few issues here and there which stops it from being a must own title.  As it stands at this moment in time it is a decent beat-em-up with a lot of content to unlock, but it lacks the finesse of other titles in its genre.

Check out our review of Dusk Diver for something a little different HERE!

Down To Hell Review [Switch]