In Ghost Parade you play as Suri. A girl who misses the bus home after school so she decides to take a short cut home through the woods. A decision she may soon regret, as the thicket hides something no human knows about. The woods are haunted by numerous ghosts of all shapes and sizes. Suri becomes the unwitting savior of the timberland with her ghostly companions, can she save their home?

The story is nothing to get excited about its relatively generic and bland, with a few twists. The ghost that Suri meets makes up for the weak story. They are all wrote tremendously well and are so varied. 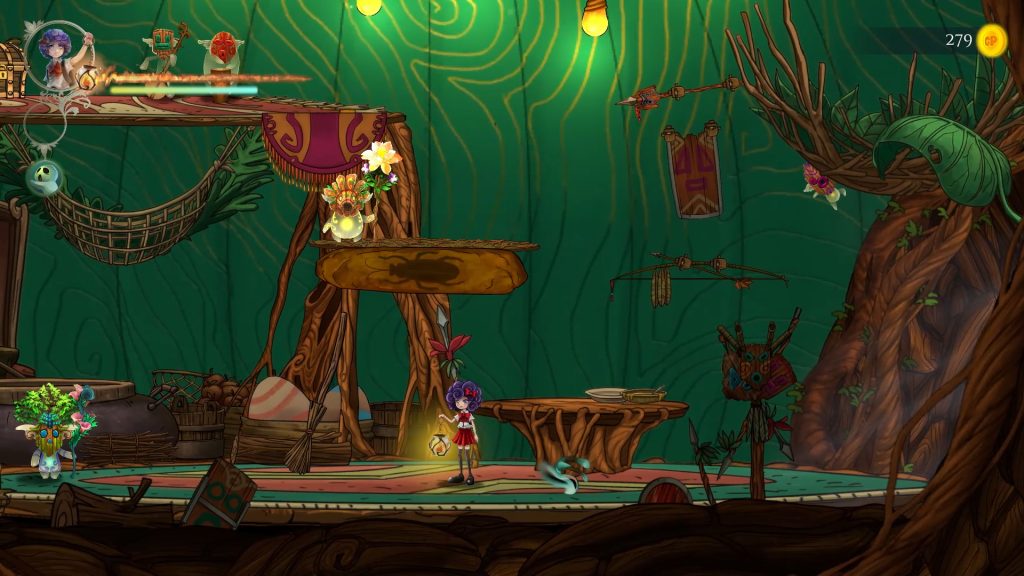 The gameplay in Ghost Parade is fairly standard 2D MeriodVania style. Suri unlocks more abilities to reach otherwise inaccessible areas. She can level up to increase her health pool, the ghost abilities and her attacks. These elements provide a bit of an RPG feel although very bare bones. Where the game varies from the general formula is with the ghosts.

Some of the ghost that Suri will meet on her journey will lend a helping hand, foot, bubble and many other skills. There can be up to four ghosts equipped at any one time, they are bound to the shoulder buttons. Each spirit has a cool down after they have been used. Giving a tactical element to the game’s many fights and especially the bosses. It is also possible to combine ghost to make a special attack that is not only pretty but very powerful.

There is also an element of crafting, it is an annoying system that drove me nuts. As the recipes for each potion or item are written on the wall. Only the name of the item not what it does. Mix in fact its pictures of the ingredients, and some look very similar, it got annoying fast. This was just a personal gripe, I ended up taking a picture of each. Ingredients are gathered by beating enemies as well as in chests.

Along with the main quest, there are optional side quests that can be undertaken to receive money, exp and new ghosts. Money is used in the store throughout the world to buy potions, buffs, and ingredients.

Ghost Parade could have been a great wee game if it was not for the control system that did not want to work at times, unfortunately. It is not game-breaking but makes it harder than it should be. 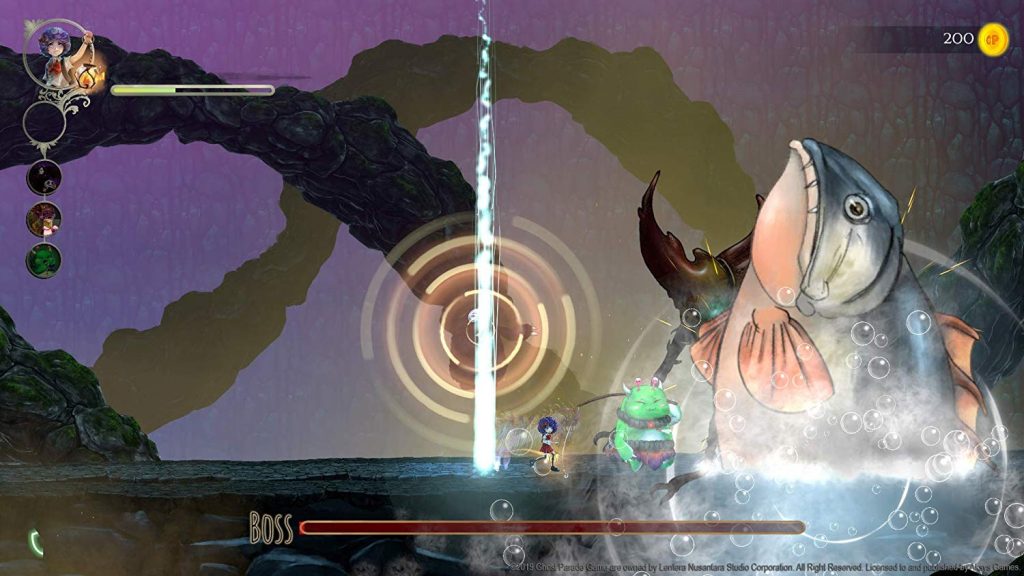 If there is one shining aspect about Ghost Parade is that it is simply stunning. The game is almost like playing a moving picture, with its hand-drawn characters and world. With a soft colour pallet giving off an air of cartoonish glee. After the first cut-scene I fell in love with the art style.

The controls are not as tight as they should be. Moving around Suri does not respond as quickly as I would have liked her to. There is a delay with button inputs. This game relies on platforming as a core gameplay mechanics. This problem hinders the game and makes it far more challenging than it should be. This can be patched out, and I hope it comes soon. 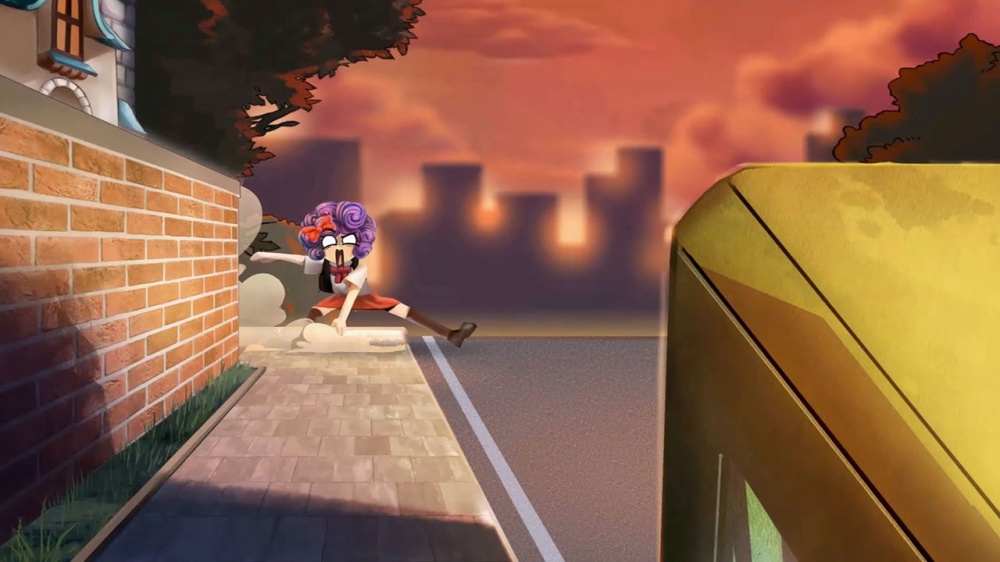 The music in Ghost Parade is lovely, haunting, mysterious and playful. It makes me think of old folklore tales and ghost stories. So it has achieved that eerie vibe. The sound effects do a decent job, but sound a little weak next to the music. It is unfortunate as it would have elevated the experience more. 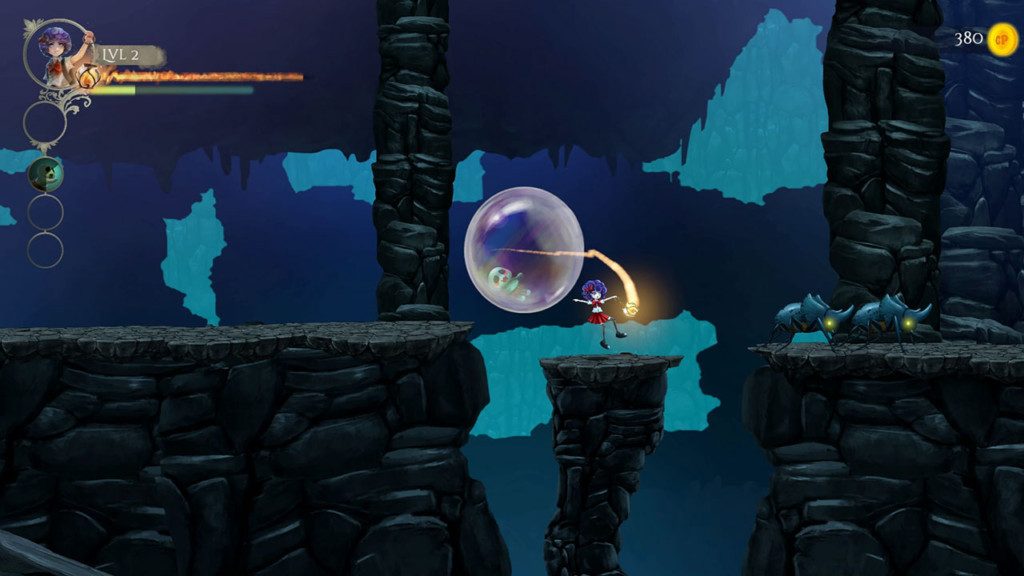 Overall Ghost Parade is a great looking and sounding game, with some delightful gameplay. It has one crucial flaw that drags it down and that is the controls. The game feels so hard, and it is overly difficult due to the button input lag. I hope this gets improved. When combined with the price tag, it feels overpriced, when there is such a significant issue.

I would definitely wait for a sale here. Even a deep sale as there are better platformers out there that are cheaper.

If you enjoyed this review check out our EarthNight review HERE!

Beyond A Steel Sky