I like horror games, and Down to Hell sounded like a fun game when I saw the title on the list of available games. I knew nothing more about it, and for indie titles, I like it that way. It makes the joy of discovery that much sweeter.

So how did Down to Hell from Red Dev Studio fare? Was it a hellish experience or did it surprise and pack one hell of a solid punch? 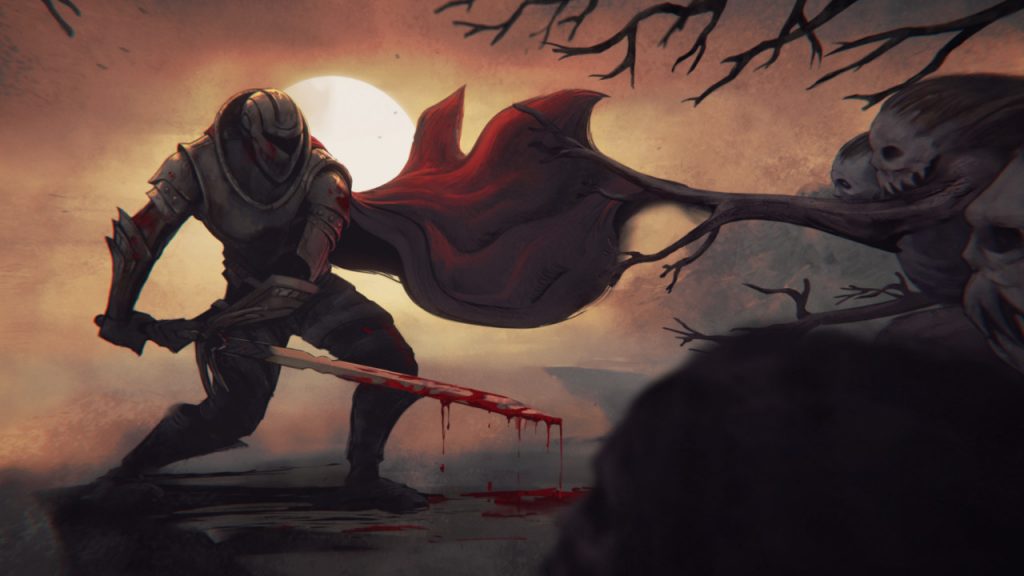 A 2D hack-and-slash game with moments of simplistic platforming and presents itself as a neat-looking game. However, appearances can be deceiving and what lies beneath is a bit of a mess.

The concept is simple. You are a warrior and must rescue a little girl who has been kidnapped by demons after trying to help you in battle. It’s a tried and tested game which has been implemented in an ok way. While you can get through the early waves in a button bashing style, the core gameplay does require a little bit of thinking. When to strike, when to use a power strike, and avoid and leaping out of the way of a strike is often a wiser choice than an all-out offense strategy.

The game felt a little off balance at times, with the character movements were sift and largely crisp, however there was often an input delay on melee attacks that just threw it all off. Another common problem I came across was that often enemies would simply walk through my attacks, essentially no selling the first two swings. I don’t mean they were out of range, but rather my blade simple passed right through them, dealing zero damage.

I feel a few small tweaks here could make the game a more solid title.

I got a strong dead cells vibe from the game. The style was different, and it lacked the crisp speed of dead cells, but there were certain elements including the altars, the old man you would meet along the way and the way the power-ups were offered and phrased that made me think DC must have been a favourite among the dev team. 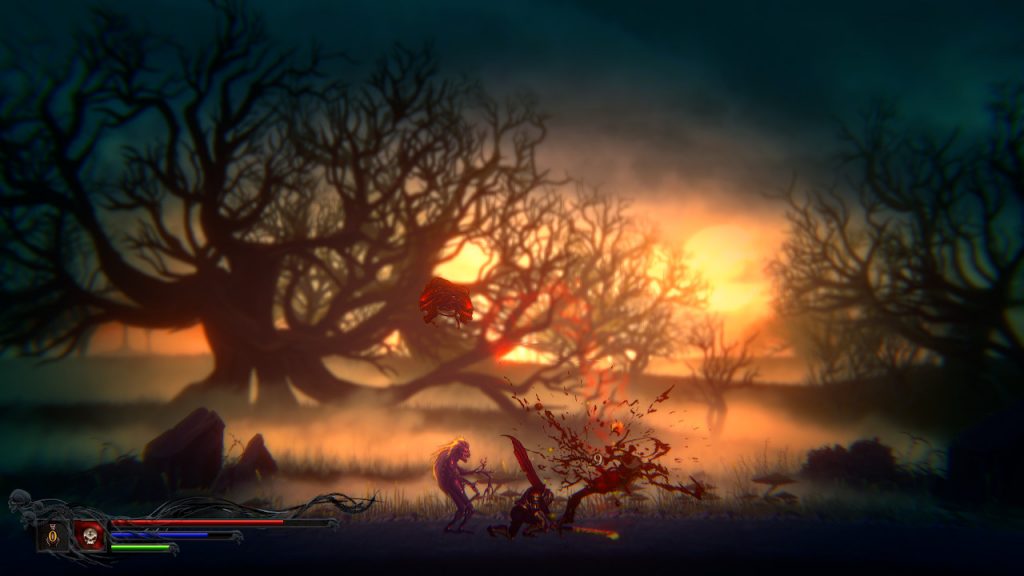 The visuals in the game were possible both its strongest and weakest points which is part of what made this such a frustratingly disappointing title.

I really liked the graphics. They were sharp and crisp. However, the animations (and controls – see above) felt too sluggish for the look, and I wonder if a lower quality finish would have improved the overall performance of the game.

My core annoyances with this game and what rendered it borderline unplayable in parts and certain unenjoyable for the majority was both the darkness and the screen positioning. I get it, you’re playing in a demon filled world, but to have everything so dark made it impossible to see what was coming half the time. With many traps on the floor offering an insta-kill it made the game annoying to play. It wasn’t about difficulty but rather poor design, which should have been caught in testing.

Also, everything happened in the lower part of the screen. Which left a lot of ‘empty’ space that could have been better used. Had things been enlarged a little, the game would not have suffered and maybe been a little more playable. As it happens, I didn’t finish it because I just lost the will to live trying to do so. Which was a shame because there is an enjoyable title buried here, I believe. 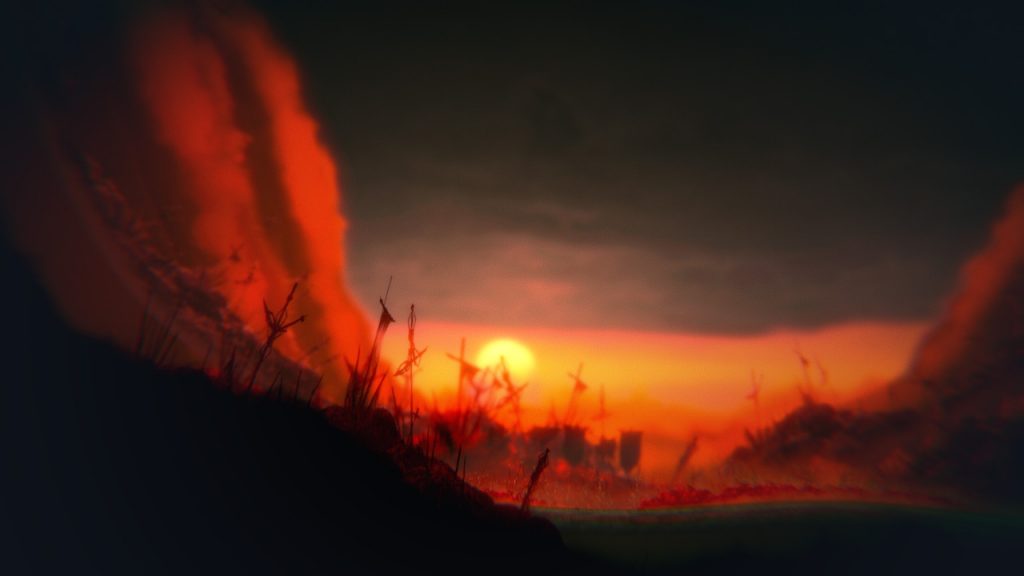 The sound in the game was decent. The effects were fun, and the music was fitting. There isn’t much more to say about it, other than at times, it to felt a little clunky and out of sync with what was going on the screen. 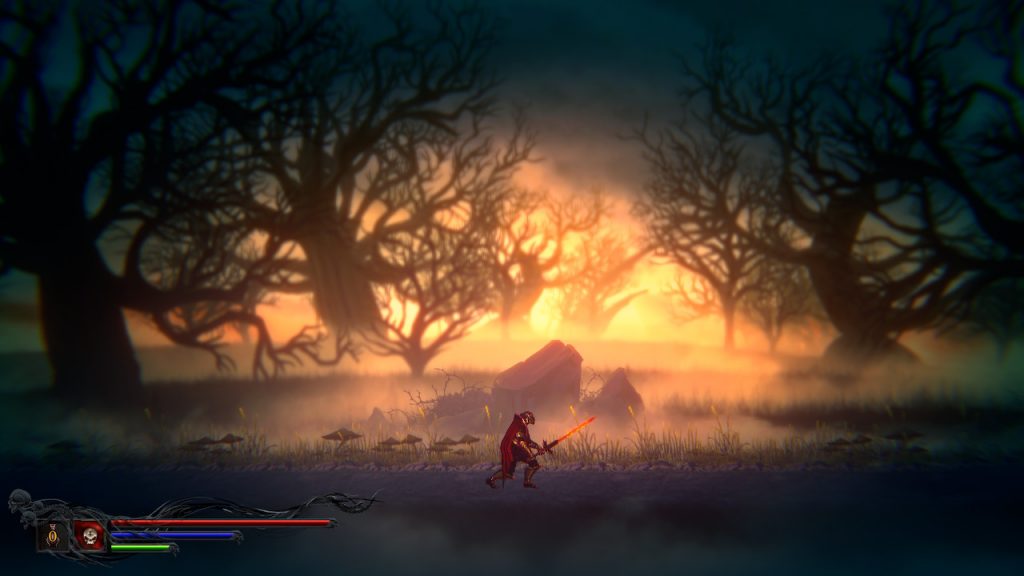 I was disappointed with this game. I think there is something fun in there, but the clunky controls, the input delay, and the dark screen made it an unenjoyable experience. I like the idea and the combat and the need to think ahead with your moves, especially in the boss fights, but that just wasn’t enough to save it at this time.

If the team feel inclined to make a few tweaks, I think they could make some big improvements, but I fear this game is destined to be forgotten by everybody.

Check out our review of Dead or School HERE!