Destiny Connect is a game aimed at kids, so story-wise nothing groundbreaking or new but it is familiar, and with this it is nothing overly hard to understand. Every now and then it is good to have an easy to follow a light-hearted story.

It is New Year’s Eve in Clocknee, and our protagonist, Sherry is getting ready for the Soleman Fest. As the clock strikes midnight and the first fireworks explode in the sky time stands still. Time stops but the machines around town start to come alive. However, Sherry is not alone; she befriends a robot called Isaac and her friend Pegreo. Isaac is a time-traveling machine, and together they must journey into the past to save the future. 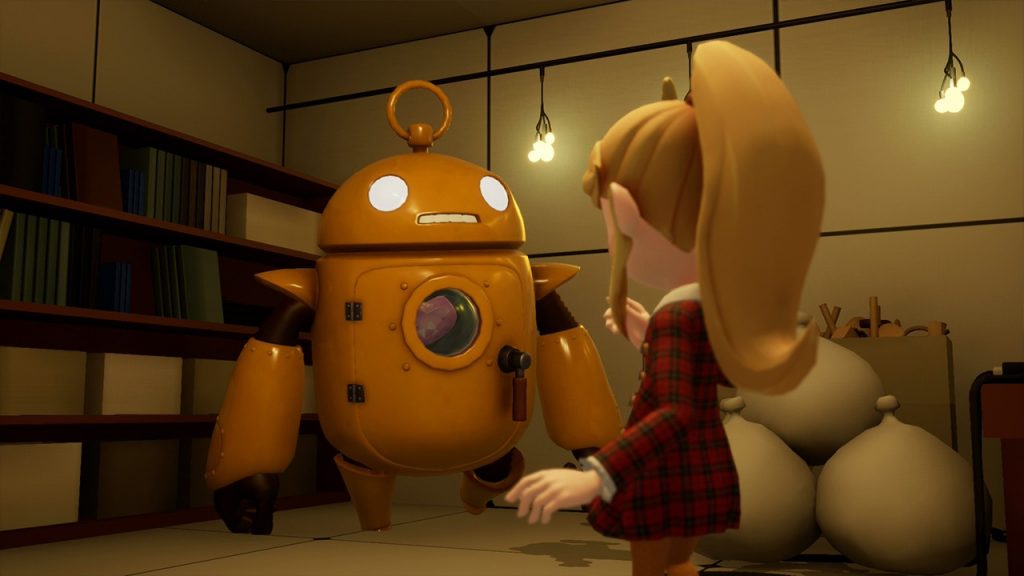 The gameplay in Destiny Connectis is aimed for a younger audience so it is easy to get a hang of. There is a tutorial for everything walking, talking, menus, and so on.

The town of Clocknee is the hub for Sherry and her party. Where they will spend most of their time, as the party travel through time new parts are opened and explorable. There is also a cafe, shop and blacksmith in Clocknee for all your time traveling necessities.The battle system is simple. Use up and down to select the option to use, attack until the enemy is defeated. There are a couple of added extras in the battle system to note:

Do not worry, there are tutorials for everything.

The humans can equip gear to improve attack, defense, accuracy, dodge and speed. Better equipment equals better stats. Outfits can be found by collecting water orbs within the game world. There are also two mod slots in the equipped weapon that enable bonuses to the stats also, making for slightly more customization.

Again, Isaac is different, he needs gears to unlock his skills to be set in the appropriate socket in his upgrade tree. Gears come in three types bronze, silver and gold. Each level improves the stat or skill level. All of Isaacs transformations have their own skill tree to fill, so making gears becomes routine after a while in-game.

There is not much else after this that if different from any other JRPG. Dungeons, lots of reading and fun and expressive party. Overall, the game is simple, maybe a little too simple in places. I enjoyed my time with the game just wished it pushed the boundaries a little more with something different. 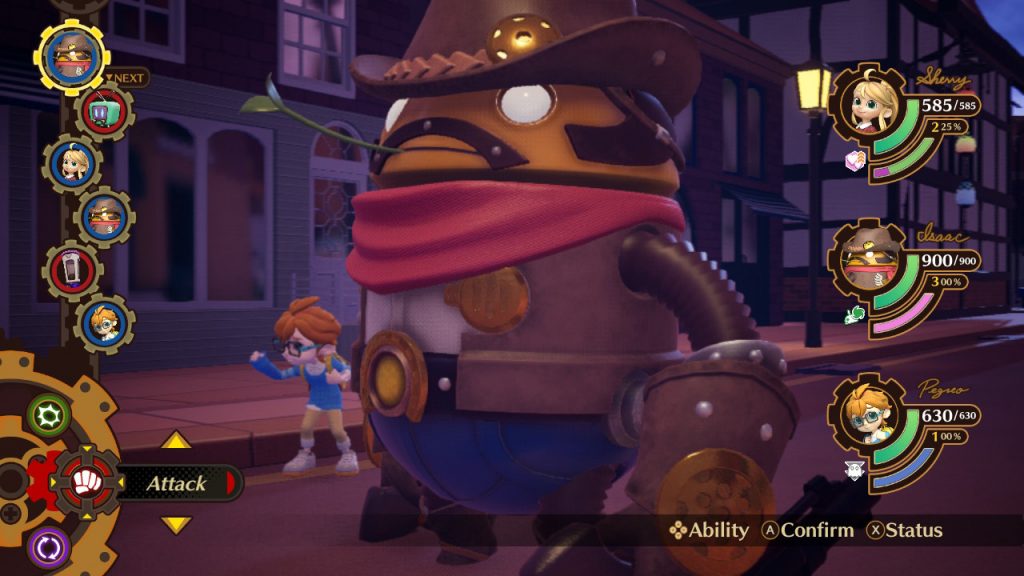 A JRPG with a Western art style. The overall look reminds me of the Garfield cartoon. The larger heads and the big feet, it looks and feels weird at the start of the game, but thanks to Sherry’s lively expressions the art style grew on me. The game’s highlight has to be the rampaging robots that Sherry and her team fight. They are all modeled after household appliances, for instance, blenders, washing machines etc. On the PlayStation 4 version in the tutorial, there was a graphical glitch that made everything neon, bright and shiny. I had to restart the game, it only happened once but was a massive glitch. I noticed grammar errors that seemed to be stemmed from translation issues. 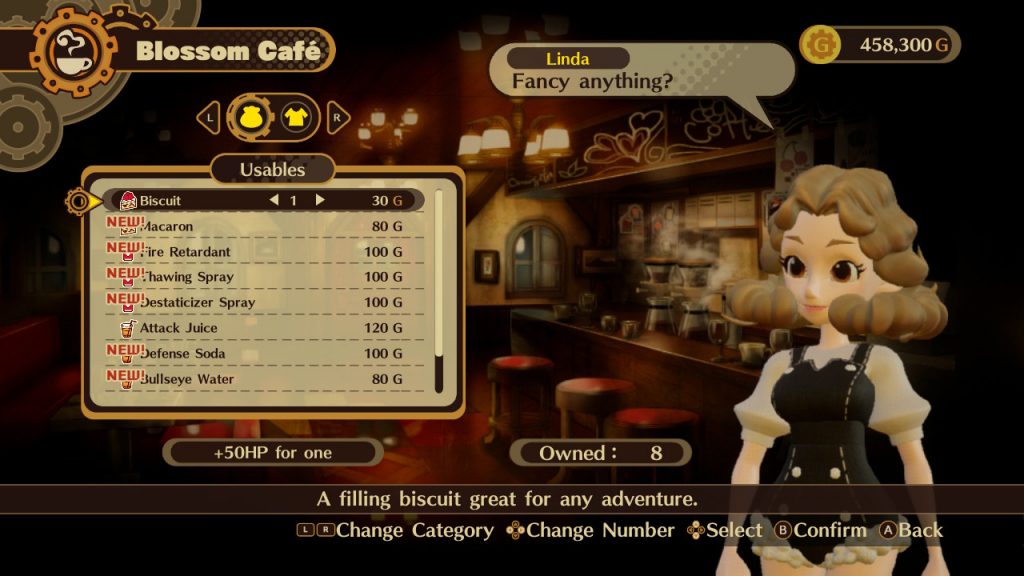 The sound design is an exciting mix of beautiful tracks and annoying robot noises.

Some of the tracks are outright beautiful and melodic, and we would listen to this soundtrack out of the game. The music was fitting and not too overbearing in emotion as it is clear to see it is aimed at a younger audience.

The sound effects are not too bad, but there is nothing too exciting to talk about. Sherry’s elemental attacks, however, reminded me of the puff puff sound effects in an anime called Glitter Force. The robots beeping does get a bit irritating at times.

There is no voice acting in this one, and it is a shame as there is much reading to be done here. 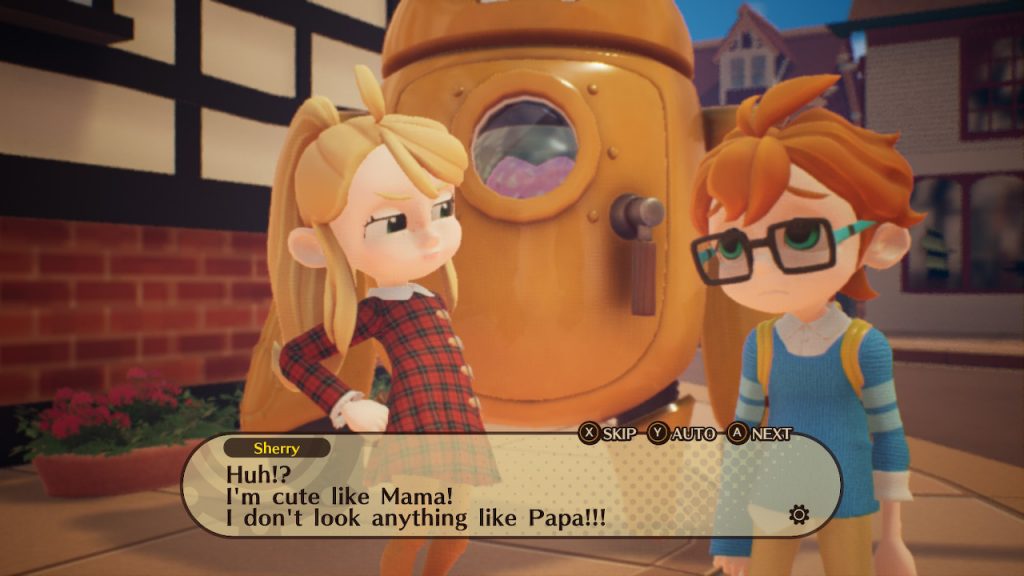 On the whole Destiny Connect: Tick-Tock Travelers, is a simple JRPG definitely aimed at a younger audience than the usual Nippon Ichi titles we are aware of. I will give them credit for trying something different. It is hard to put a finger on one thing that the game does overly bad or good. This is a middle of the road game that could have been something interesting.

One thing that is needed in this game is speech as there is a fair amount of reading, and also the game was just to quiet. If not actual speech then some form of noise from the characters make to emulate speech would have been much appreciated.

As this is not anything special just an average JRPG, I would wait on buying this one till there is a sale.

If you want something different, check out our review of Remnant From The Ashes HERE!