We have ourselves another Zombie Apocalypse game, however this is not your everyday zombie game, it is a survival-RPG with branching story lines. Let’s see if it’s any good.
The story in Dead Age is simple; the world is at an end and you find yourself among survivors. You will need to decide on food, saving people and everything else. However, the story has many branching paths so depending on the decisions made it will affect the outcome of the game. You make your own story.

The story comes in with a visual novel style with group conversations of survivors and along with scenarios that will appear while out in the world. 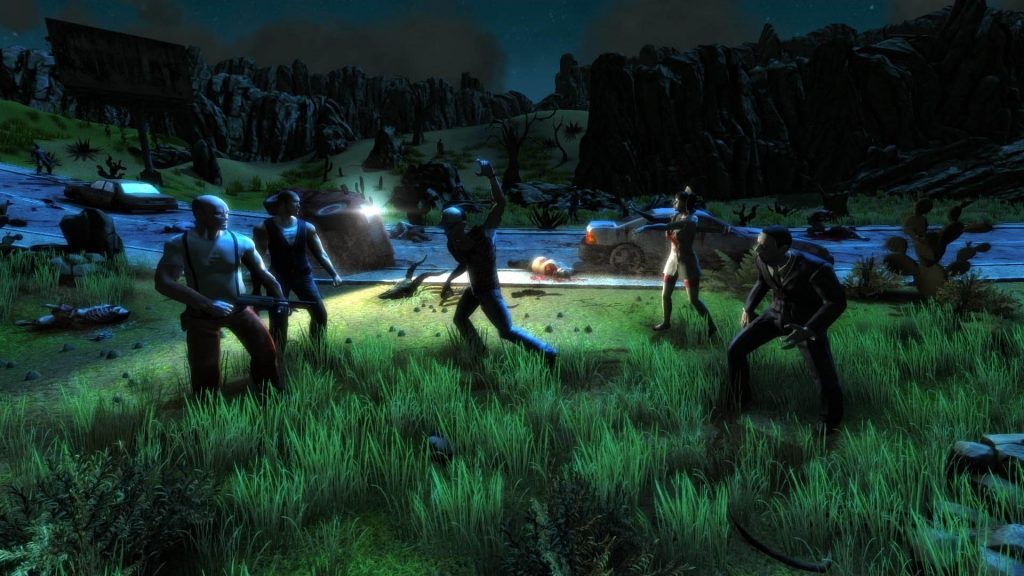 The gameplay in Dead Age is an easy to pick up and play type RPG, this makes the game easily accessible. The meat of the game is in the decision making and how you the player will decide what or how the game will play out with a bit of perma-death.
The RPG side of the game is a simple affair. Equip the weapon, ammo and armour that you find, loot or craft and head on out to the world. While in a fight there are two methods of attack, melee and gun. The melee is a simple single attack and gun will take up ammo depending on the attack. Once ammo is gone, we can use the gun physically. Action points are needed to use the attacks, these are added one per-turn, and abilities can add more action points. When the character levels up skill points are allocated. They can be spent in combat or job skills.
Combat Skills – allows a player to customize a character’s combat style and gun preferences. Along with that they can heal, improve attack stats, etc.
Job Skills – help with overall survival, making guns/weapons, medicine, cooking and so on. Everything made will increase survival odds of that person.
There is one thing the devs didn’t change and that is the way to interact with the HUD. As this was a PC game first they kept the mouse pointer in the game so with the use of an analog stick it felt slow and cumbersome. It would have been better to select with the D-Pad. It is not a massive problem, just personal preference.
As I stated the other part of the game is deciding on what to do when a scenario pops up. Maybe a deer turns up and it is up to you to kill it or leave it. As food is low, can you feed an extra mouth or do you risk killing a deer for food and not get attacked.
These scenarios are good as they are random and seem to have different outcomes, and it totally changes up the way the game plays out. If you lose a high level medic, then supplies of medicine will get worse. Do not be afraid to get home and live to fight another day. 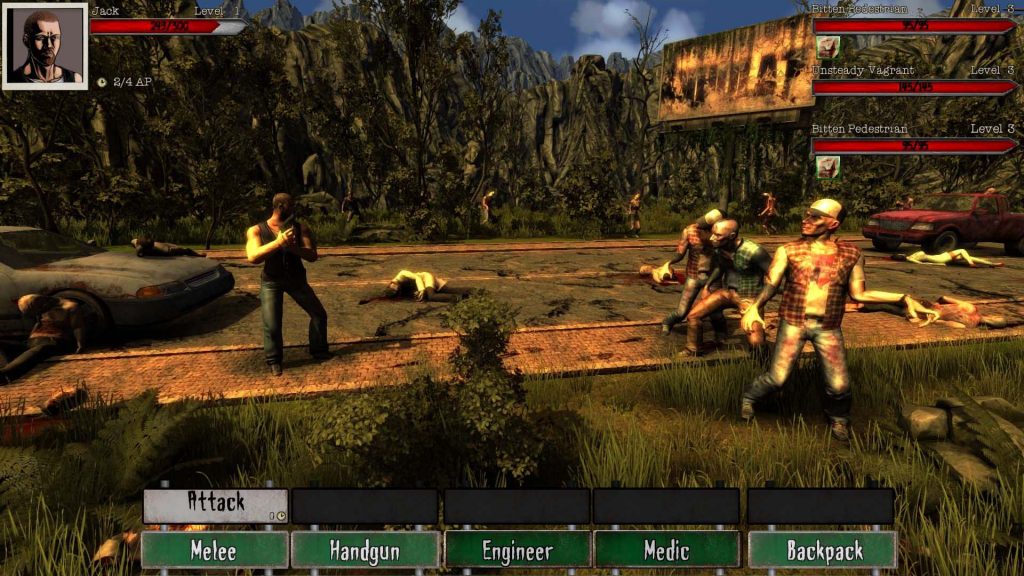 Visually, Dead Age is a total mix bag of good and bad, let’s start with bad. The game’s character models are not the best looking or animated. This is not a major drawback as the surrounding areas look amazing with plenty happening in the background. The rest of the game looks lovely with its comic art style look and visual novel type story elements.

I did not run in to any major bugs. 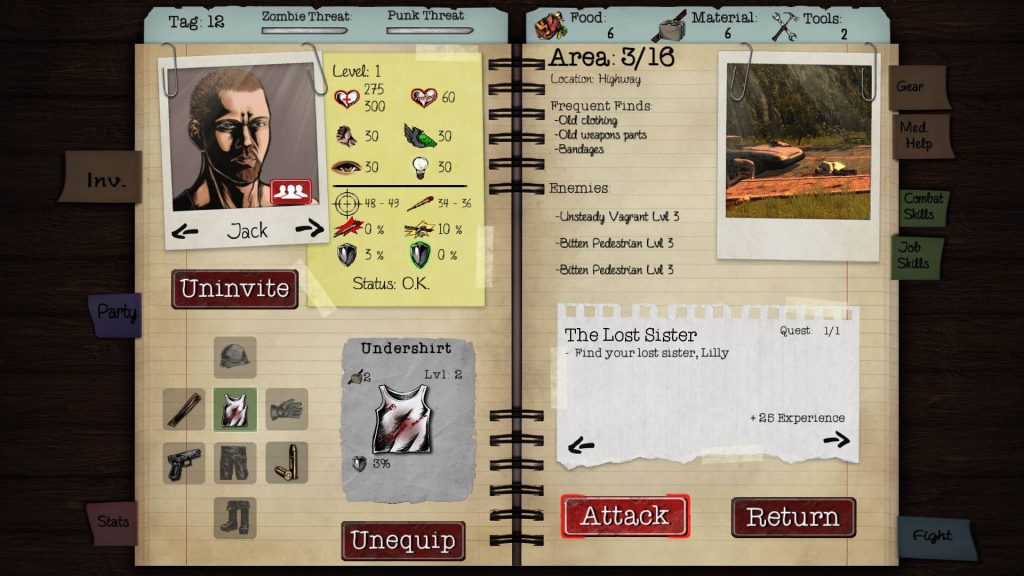 The sound in Dead Age are competent. The zombies are just generic moans while weapons do not overly sound powerful. They get the job done though. 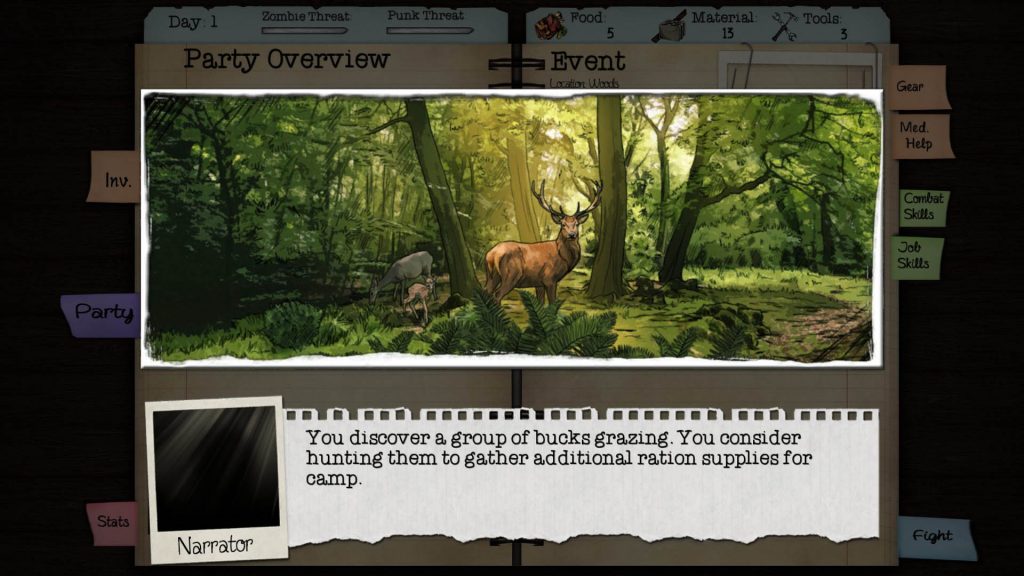 Overall, Dead Age makes good use of the small studio budget and offers a rewarding game. It is not the best looking or sounding, but the battle system is accessible and fun; while the survival elements are not overly harsh.

I would say this could be a decent game if you want something a little different from the normal Zombie game.

Check out our review of Resident Evil 3 Remake for more Zombie action HERE!