I will give a bit of a story overview for each game in order.

Date A Live: Rinne Utopia – (this take place in between season one and two of the anime). On top of the school roof Shido finds Tohka who loses control of her powers and causes an explosion. Shido learns the seal to keep the spirits powers under control has weakened. It is up to him to seal the powers by making spirits fall in love with him. The day after Shido is greeted by Rinnie, Shido’s childhood best friend or so she says. It’s not long before things go awry.

Date A Live: Arusu Install – (take place after Date A Live II). The game is set inside a VR game, that is a complete recreation of the city and everyone inside it. It has been created for Shido to practice dating the spirits. He meets a girl called Arusu, who should not exist. At this time, Shido gets stuck within the game, and the only way to escape is to teach Arusu the meaning of true love.

Date A Live: Rio Reincarnation – Is more of a gap filler from both the two previous games as well as the anime. Shiro meets a small girl called Rio, who is looking for the most important thing. I will spoil no more, this entry to the series ties things up nicely.

The stories will have nothing new in them if you have played a Harem game before. However, character interactions are excellent, and the stories are faithful to the canon. 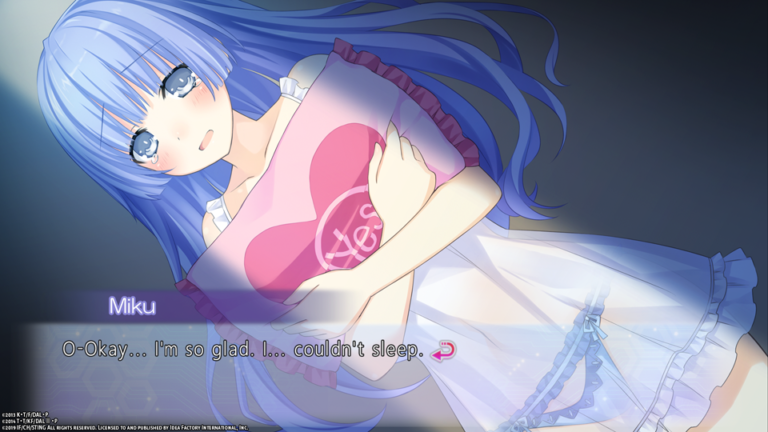 With Date A Live: Rio Reincarnation being a visual novel, it’s main gameplay mechanics are reading.

Like all visual novels, there are choices to be made while reading the conversations, these influence the way the game plays out. There is, however, one difference to the standard visual novel, there is a city map, and as the story progresses, more points open up. Once these points open up, the player will be able to pick any of them once a day. The game plays out in days, and each day the map points will change. Points will be either main storylines and side stories. Along with the story points, there are also interactive pictures, wherein girls lose their clothing. There is also the dating mechanics where you get to woo the Spirit or girl you want to with the chatting interactions.

That’s about it for the mechanics. Each of the three games plays the same way, and this is by no means a bad thing at all. With the quality of the writing that is some of the best, I have seen in a Visual Novel. The story is by far the main draw, so any extras are just a plus with this title.

There is plenty of reasons to replay these games again, as there are plenty of different spirits or girls to date. So do I need to sell this to you? 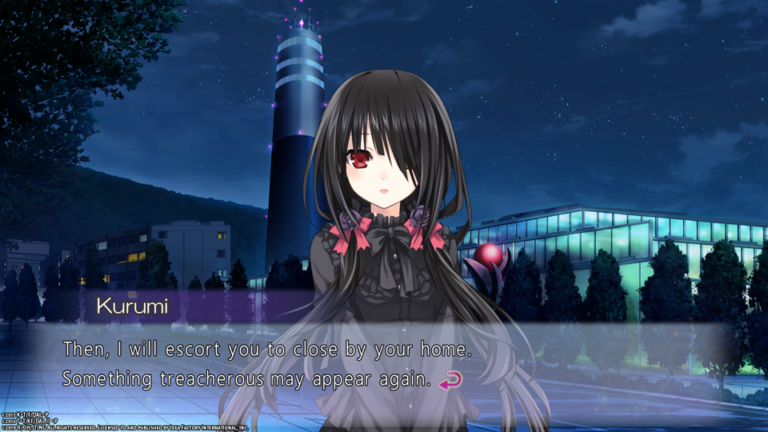 Date A Live: Rio Reincarnation looks amazing. With well drawn anime characters along with detailed back grounds. The Girls all look great and highly detailed.

It is hard to comment on the graphics as most of them are stills with a few changes in poses and blinking, but looking at the pictures in this review will give you a better understanding of the quality of the graphics.

As from a performance review it is a visual novel so it will never push the PS4 Pro hard but everything ran fine with no problems. 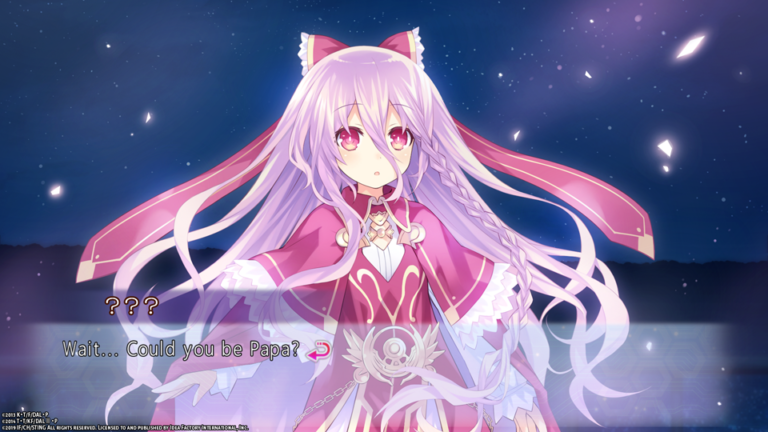 The voice acting in each of the games is great, each voice actor gives each of the characters so much personality and life. Along with a returning cast from the anime. There is no faulting the quality of voice actors;

These three are to name only a few of the talented voice actors on this game.

The music is decent, nothing out of the ordinary for a visual novel. I liked the tracks that where within all three games. The music fitted to current scenario or surrounding area that was currently on screen.

It was also the same for the sound effects, nothing that will blow you away, but fit perfectly for what is happening.

Over all voice acting took the top spot in the sound design. 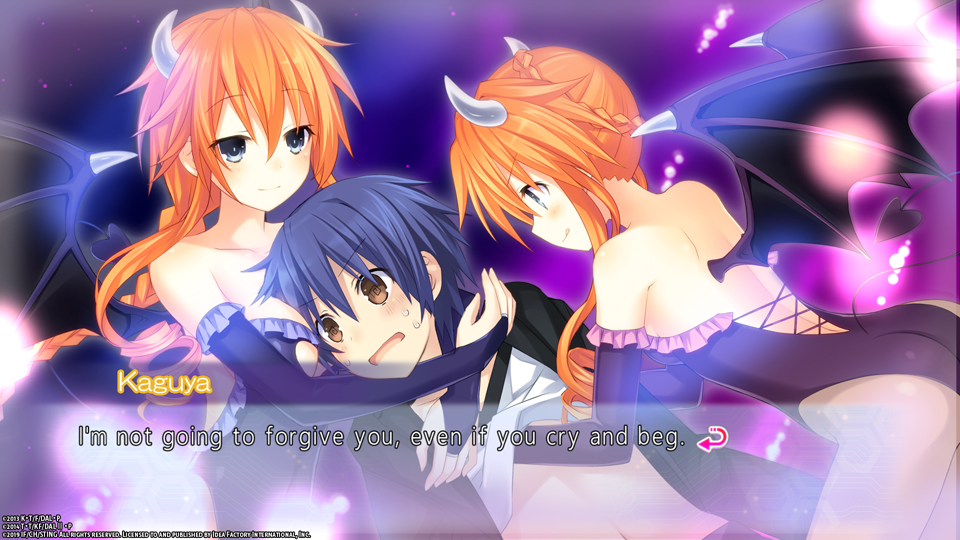 Date A Live: Rio Reincarnation will not be for everyone, the Visual Novel genre is not for everyone. Like Marmite you will either love or hate it. If you are a fan of the Date A Live anime I highly recommend it. If you are looking to start a visual novel I would think twice about it and try something like Steins; Gate. You know what to do if you do not like Visual Novels.

This one if a must have for fans of the anime, I cannot recommend it enough. Three games in the West for the first time that fill in lulls of the anime, how can a fan say no?