Control comes from the development team at Remedy Entertainment (Alan Wake, Quantum Break). We play as Jesse Faden, who arrives at the Federal Bureau of Control (FBU) to find her long lost brother. Upon entering Jesse finds the Bureau Director has been mysteriously killed. Finding what may be a murder weapon, the gun turns out to be a supernatural object that now deems Jesse the new director of the FBU. The FBU is an agency that has tasked in containing and studying paranormal activity – that is until things get out of control. A deadly enemy dubbed the Hiss have invaded our reality and it’s up to Jesse to defeat and bring back control. 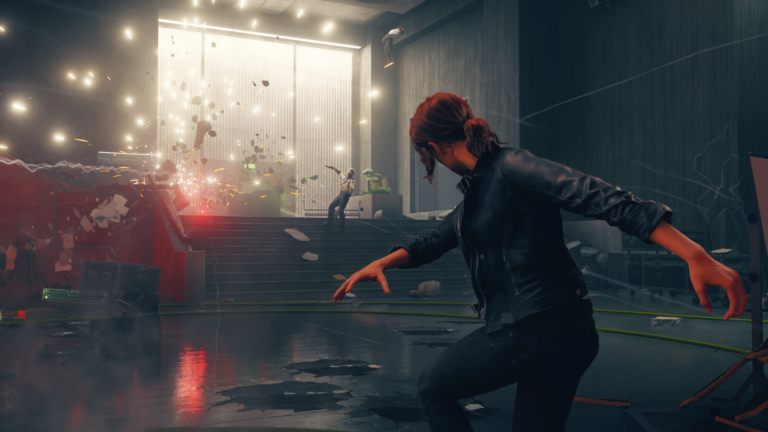 If I haven’t mentioned it already, Control is a third-person action shooter. For me, this was one of the weaker parts of the game. Your main weapon is the Service Weapon, you find upon entering the FBC. This strange supernatural gun will serve you well until you eventually can upgrade it into different forms. The different forms represent the typical varieties of weapons you may see in other shooters – Pistol, shotgun, machine gun and sniper. As you progress through missions you’ll earn ability points to upgrade Jesse’s health or paranormal abilities – which we’ll get to soon. As well as being able to upgrade Jesse’s abilities, you will find mods that can be attached to your guns and a personal mods that can be used on Jesse herself. These mods will give you a bit of flexibility depending on what kind of play-style you prefer. If you want to be more run and gun, you can add damage upgrades or faster reloads, while buffing your health with mods as one example. When it comes to using the supernatural abilities, this is what combat encounters a bit more flexible. The abilities unlock through story missions. You’ll be able to grab objects and throw them, dodge, shield yourself or levitate. Quite simply, as much as they were flashy and nice looking, most encounters felt like wave after wave of enemies. As you progress, you’ll encounter a few different Hiss enemies, such as snipers or flying Hiss with telekinesis, but all in all nothing major. You will also encounter some named/boss characters, who are more like bullet sponges than anything else. As a whole, the combat just felt like a grind. If given the opportunity I ran past most enemies in my pursuit to progress the story, but the developers were clever, and would lock down a lot of areas until you defeated the enemies there – which is fair I guess.

One surprise was the way the developers tried to introduce a Metroidvania style backtracking within the game. Progressing through the story you unlock different areas of the FBC building. A good idea in principle, but had its flaws, the map being an absolute nightmare to navigate.

For me, the main draw with this game – like other Remedy games – was the story and the world created by Remedy. All we know from the onset is Jesse, has come to the FBC to find her brother. Straight from the off we realise we have entered a strange world. The director of the FBC is found dead by Jesse and upon picking up the murder weapon, which is some sort of supernatural object of power, Jesse is now appointed the new director by an unknown entity. The Hiss have invaded our world and it’s up to Jesse to gain control again. The story itself may be a little confusing and vague at first, but that’s part of the intrigue. The urge to continue playing to flesh out the story was what kept my coming back. The characters you meet are voice well but don’t have a lot of depth to them, whereas Jesse herself is really interesting, with her internal thoughts and supernatural gift to keep you interested in following her story. I won’t say much more about the story to avoid spoilers, but I enjoyed what was on offer here.

My playthrough took me around 10-12 hours gameplay. I didn’t actively look out for collectables or go out my way for other sidequests, more because I wanted to progress and see how the story unfolded, so the time to get everything would take a bit longer. 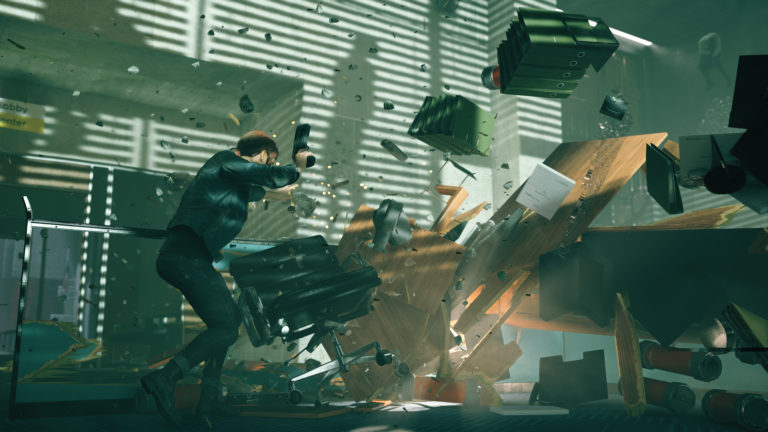 The look of the game was pretty good, especially the special effects in the combat and the character models in the story cut-scenes. Some of the presentation and artistic choices are great. I loved the cold war feel to a lot of the labs and old videos you find within the game. Most of all I loved the destruction aspect of the game, especially in firefights. The in-game physics were generally good. Small things like, landing on an air duct vent and seeing the metal dent was a nice touch.

The only performance issues I ran into, were drops in framerate when some of the encounters got a bit crazy. It didn’t have any adverse effect on these encounters, just very noticeable. 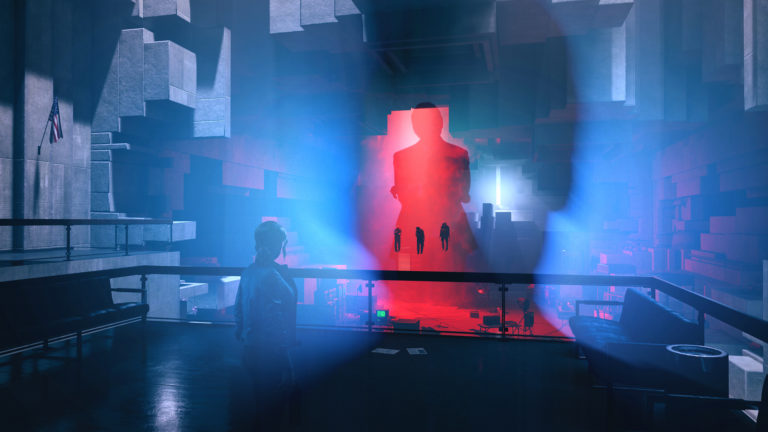 Sound design within the game is pretty spot on. My favourite part of design actually came from the use of silence. It created the perfect atmosphere to add tension within the areas and kind of kept you on your toes. I can have no complaints about sound effects, as everything felt pretty solid.

Control had a fairly good story in a world full of intrigue and mystery, that I would love to experience more of. Unfortunately the actual gameplay elements for me became too repetitive and a grind to get through. This feels like a bit of a common theme with the more recent Remedy titles, where it’s obvious story is at the forefront of their games. With a bit more effort to vary up the action or add more gameplay elements, it could have been a real hit.

Atelier Sophie 2: The Alchemist of the Mysterious Dream