Conception Plus Maidens Of The Twelve Stars

Where to start with Conception Plus? It is a game, that is a little on the bizarre side. Bizarre but addictive and fun.

You play as Itsuki Yuge, who went to meet his best friend Mahiru on the school roof, where she tells Itsuki she is preganat. At this moment, both Itsuki and Mahiru are sucked into the world of Granvania. This new strange place is in peril from the evil Impurities, and it is Itsuki’s job as the ‘God’s Gift’ to rid Granvaina of this evil. The world has twelve Maidens that are picked to control the power of the zodiac to keep the world safe. In order  to save the everyone Itsuki and the Twelve Maidens, must have Star Children with each other. 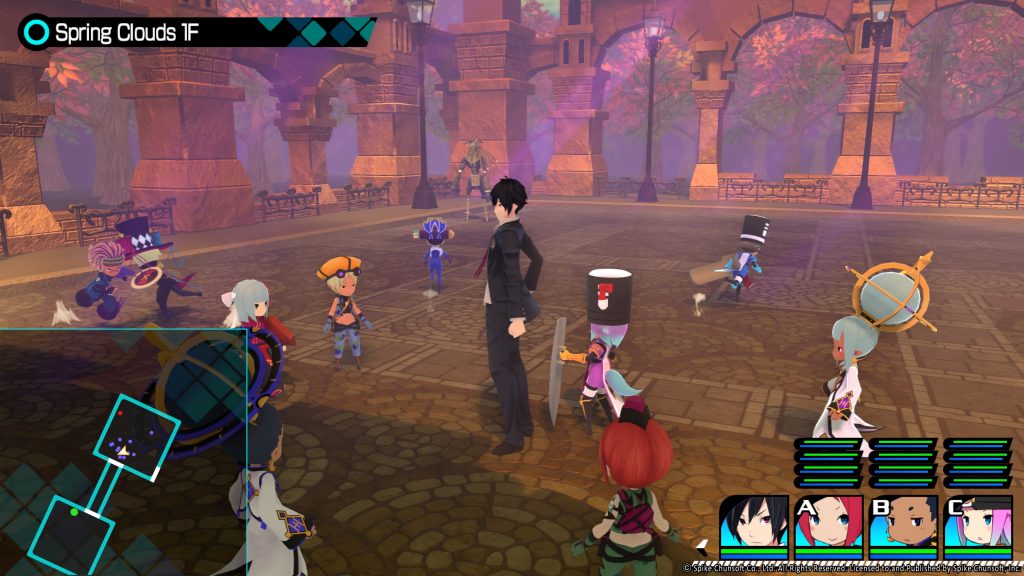 There are a few different elements in Conception Pus that makes this JRPG stand out. They are all simple, but to look at it seem daunting, so I will break them down.
We will start by making a party and the battle systems in place. In the beginning, only Itsuki will be available to use. This will give you an understanding of the battle system.

How the battle system works is each battle may contain multiple enemies; however, most fights will focus on one enemy at a time. The battle area is broken up into four areas around an enemy, that Itsuki can move into before taking action. The Star Children can move into a different segment as long as one is unoccupied. The attack system is standard for a JRPG with an attack, unique and so on. There is one slight difference the Chain Drive, this is a meter that builds up as enemies are attacked once full the enemies are held in place. Allowing for continuous attacks on the enemy leading to a ton of hit damage. When it comes to enemies, it is possible to take on multiple at once this however, will weaken the team. Each enemy has its own attack patterns and weak spots. Exploiting these are the best way to beat them. Enemies can move closer to the party and attack them from behind…this is not a good idea.

Sex has been outlawed so the game insinuates how the Star Children are created, but ultimately leaves what that act is to the player. To get stronger Star Children, Ituski needs to increase his bonds with the Maidens. After each mission and answering some questions, the better the answer, the more Itsuki’s bond will grow. Each Maiden will birth different classes of Star Children. Star Children and Ituski all have their own equipment, that needs to be bought and equipped. So spoiler warning some grinding will be necessary. The game does an excellent job of giving in-game tutorials, that explains all aspects of the game’s mechanics. It sounds a lot more complicated then it is. 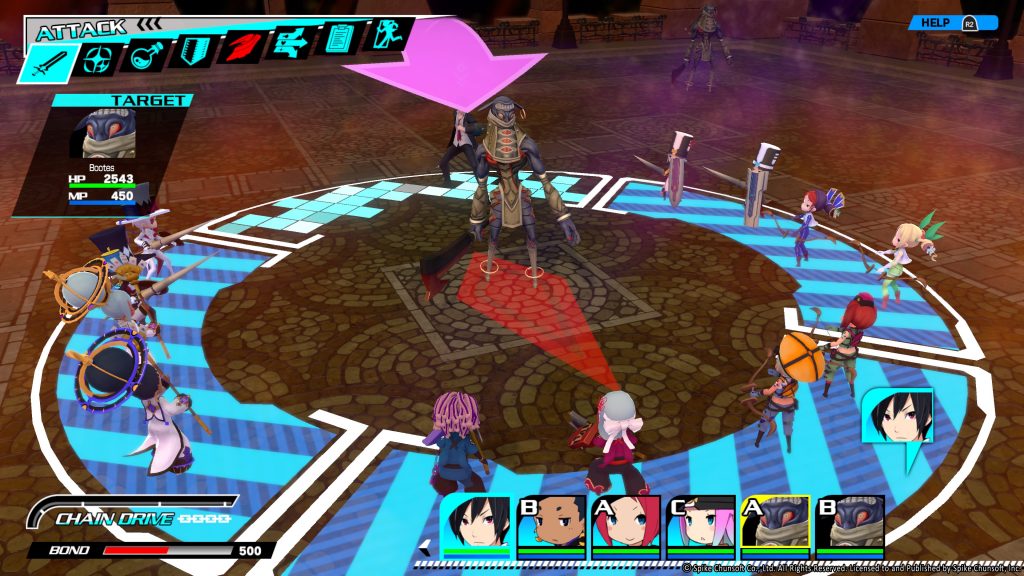 Conception Plus was a PSVita game originally and it shows with some aspects of the game. For instance, the way Itsuki moves looks stiff and the character designs of the Star Children are relatively simple. The mission areas are made up of small squares with corridors connecting them. However, the colours and the overall feel of the game looks lovely, are beautifully bright and eye-catching. The anime-style cutscenes and characters are beautifully drawn. There is something about the world that drew me in.
As for the way the game played, it was fine no problems or bug that I noticed. Loading times were short but there were a lot of them. 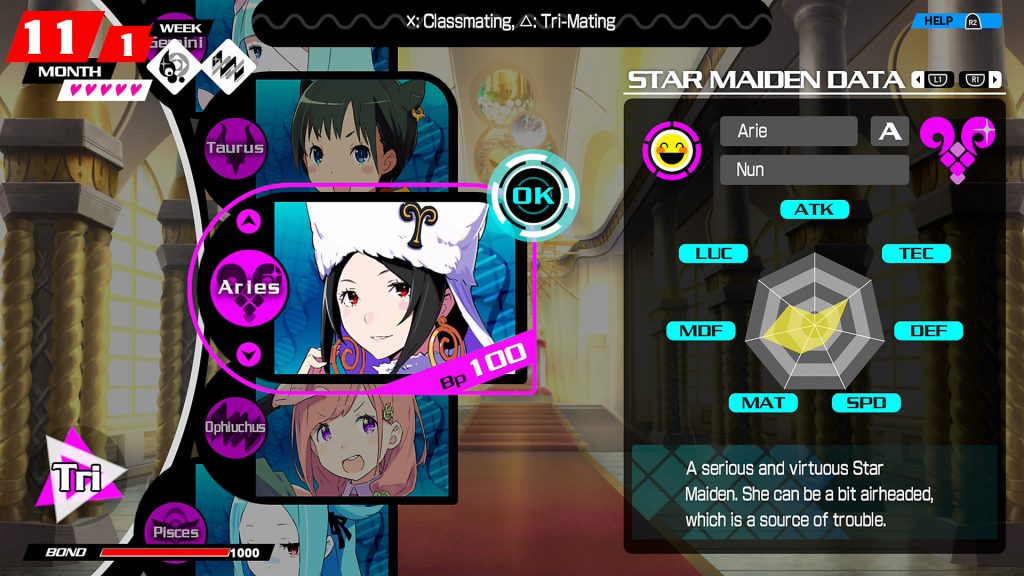 The sound quality is decent and soundtrack is the general fantasy world anime soundtrack. With most tracks being forgettable. Sound effects are modes andt do not blow you out the water. The voice acting in Conception Plus is like most Spik Chunsoft developed games outstanding. Each of the twelve Maidens take on their personas amazingly well, everyone being totally different from the last. 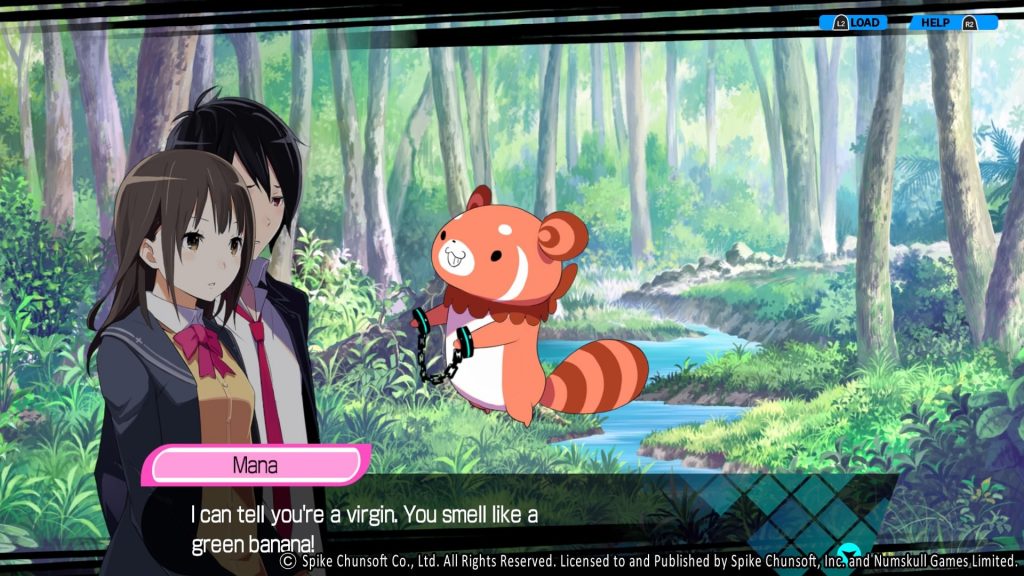 Conception Plus takes the JRPG formula and mixes it up with the excellent but straightforward battle system. It is different and outside the traditional JRPG systems even though it functions the same. The story is generic with a few twists. The game plays like a dram and once the player gets to grips with the systems, then the game gets fun.
Despite the game being fairly good, I feel the price tag is a little too high. If you are desperate for a new JRPG to get, then go for it but I would recommend a bit of a sale for this one.

Check out this other great JRPG check out The Alliance Alive HD Remaster HERE!