Citadel: Forged with Fire has no story like most sandbox open-world survival games. It is the player’s own interactions with other players that will forge their own story. 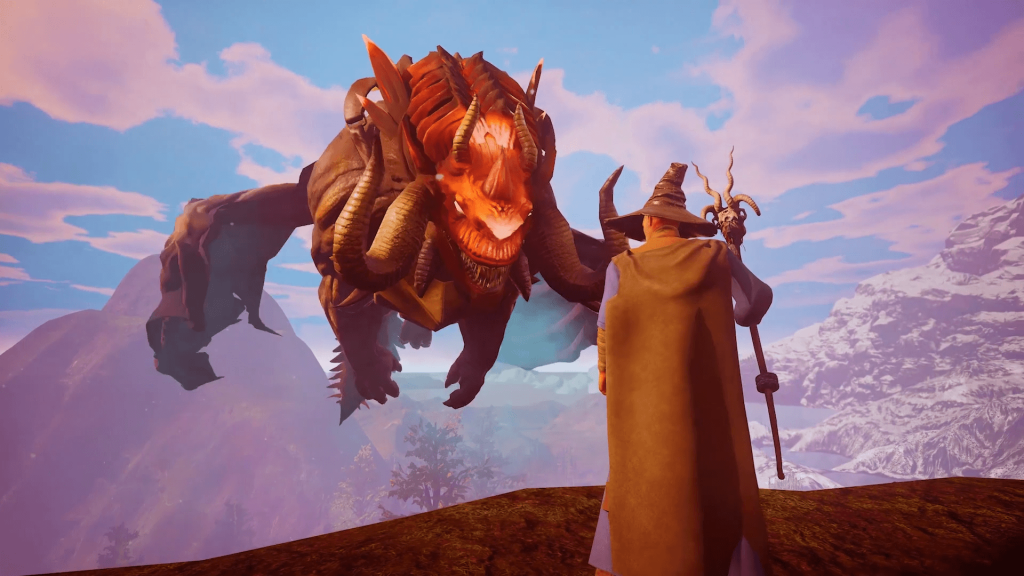 When it comes to gameplay, Citadel: Forged with Fire feels right, everything works, and leveling does not feel too drawn out. A word to the wise though, the only way to get the most out of this game is to play with other people. If not, then life is going to be hard because it will not be possible to do everything in the game.

With that said, let us get on to the meat of the game: survival plus crafting, both go hand in hand in this game. Luckily the developers give a nice simple tutorial on all aspects of the game crafting, gathering fighting, making magic, building and so on. There is a lot to do within Citadel, so plenty of time will be needed.

To do anything in the world raw materials (mats) are going to be needed, the basics start out as twigs and stones found on the ground. These mats make simple tools like an axe, that chops down trees; which in turn, provides wood allowing for more advanced items to be made. If you play these type of games a lot like I do, then you already know there is always something to do or it might just be time for a change and rebuild.

Another way to get mats is by, the most exciting part of the game for most people, killing EVERYTHING that moves. Meat will be the result to keep you alive, as well as fur for armor. You can tell, there is a pattern to here: kill, take mats, craft stuff, repeat.

As the game progresses, almost every action such as picking mats, hitting a tree and killing something will earn EXP. Once enough is accrued, then the character will level up to give attribute points in order to increase base statistics as well as give points to learn new recipes.

Recipes allow for the crafting of items, there are A LOT of things to make. However, there are not enough skill points to learn them all. So team up each person and learn something the other does not have or is not interested in.

So I am sure you want to know about magic, your character is a wizard and by golly do they let you make your own bad-ass wizard here. The game allows for the making of your own spells, there are four aspects to creating a spell but not all are required. The process is simple and allows for plenty of customization.

First – The spell type
– AOE -does an area effect spell
– Projectile – Fires magic at enemies
– Self – give characters buffs
– Support – healing and buff other characters.

Second – The element
These are found throughout the world and change how the spell behaves, from the type of attack it does to the kind of spell it will even make.

Third – The Modifier (optional)
While gathering the mats, remember to try each in the spells as they can grant buffs or debuffs to the spells it is attached to. The more items used, the better the modifier.

Forth – Equip
Does what it says on the tin equips the spell to the weapon in hand. Word of warning here the spell overrides the weapon, so if you equip an AOE spell to a sword, it will cast the spell not attack with the sword.

With these few options, the list of spells and the type of modifiers is outstanding and I spent plenty of time playing with this on. These are the main aspects of the game, there are other bits like flying, taming and so on but I think some things are better to experience on your own. 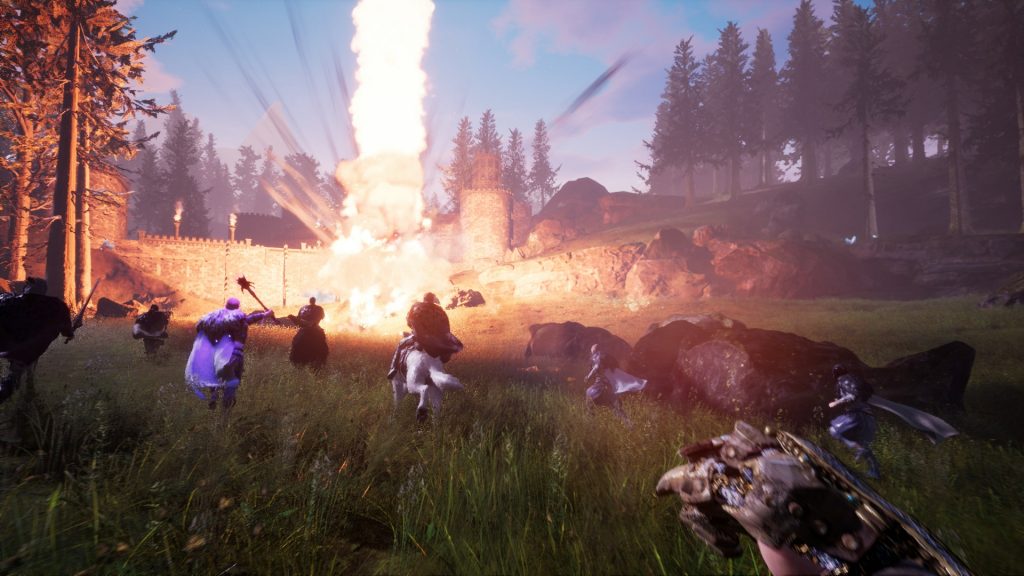 Graphically, Citadel looks good, the best looking of its ilk on the PS4. The world is lush with diverse biomes and enemies. It is to be expected running on the Unreal engine. Lighting effects and shadows work great here. It is not all plain sailing, I am afraid. There were lots of technical issues I faced while playing this.

There is a ton of pop in from the world and empty vistas turn in to forests. The animation of enemies will glitch and they will glide like old wooden horses on wheels. Unfortunately, these problems exist on all these types of game from the sheer size of the world and not to mention the on going mass building you will encounter that hits you with some slowdown.

There is a myriad of other issues in the game, but the developers Blue Isle are doing their best to patch out the game, and plenty of fixes have been issued since its launch. I have total confidence in the developers to keep improving the game as going forward. 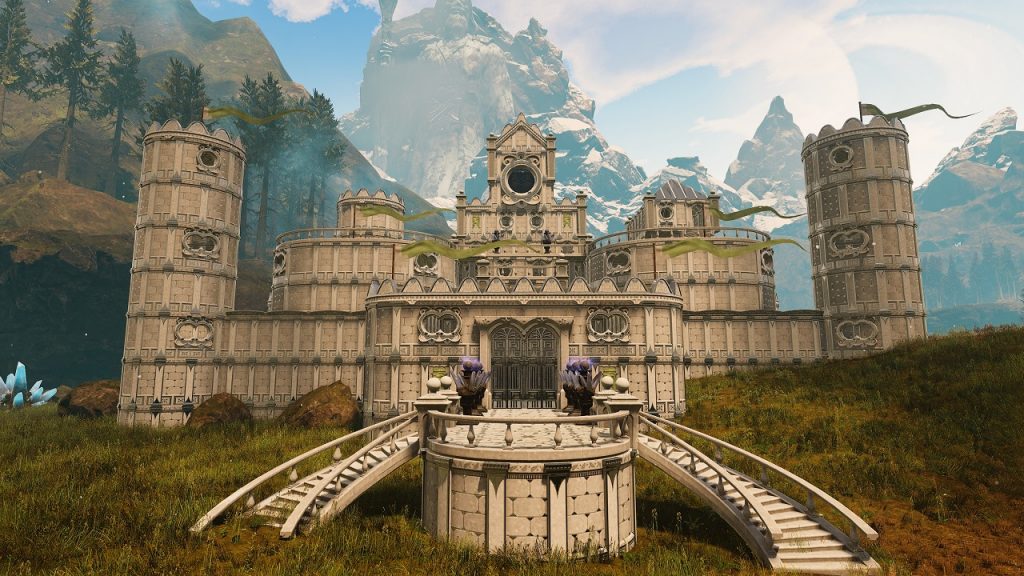 The sound design is decent, with each magic spell sounding powerful. The beasts of the world all sound ferocious. The music really feels like you are on a grand magical adventure.

Just like the graphics though unfortunately, there are clipping problems, sounds dropping, and stuff being out of sync. This is again due to the processing power needed to keep the world going. 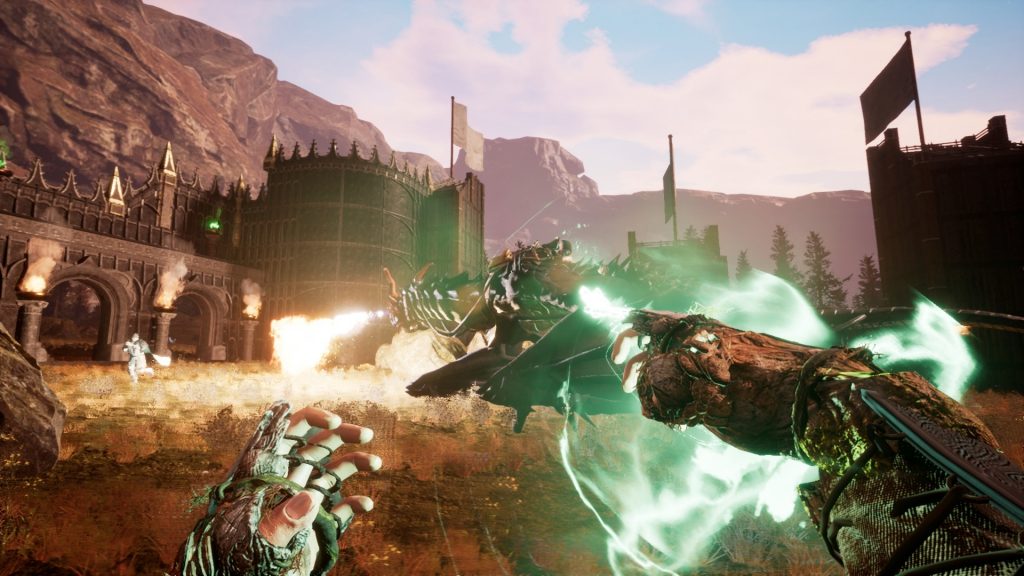 Citadel: Forged with Fire is the best sandbox survival game on the PS4, in my humble opinion, and I have played quite a few. There are always going to be problems with titles like these, it is just up to the player to decide if they can look past the issues until they are fixed.

As this title will not be for everyone I would say wait for a sale. Does not need to be a big one but with the number of bugs it would be worth the wait, especially when they are getting fixed. Once most of the bugs are fixed there is potential for a very good game.

If you enjoyed this review check out our Incredible Mandy review HERE!