I really had no idea what I was in for with Ciel Fledge. I knew I had to raise a daughter but would this be better than real life or am I a glutton for punishment?

In the year 3716, humanity has taken to the skies and live in massive floating cities called ARKS because of a hostile race of aliens named Gigant. However, some of humanity survives on earth and they find an unknown young girl from the war-torn surface. Naturally, they have given you the girl to raise until she is 18. It will be up to you, the player, to mold the girl (Ciel) into who/what you hope her to be by setting up routines and activities.
The story is flat, it’s the interactions with other NPC and Ciel herself that give most of the story arcs and how Ciel is interacting with others. The writing and how Ciel changes from year to year is great, I enjoyed talking to her and her putting me down all the time. 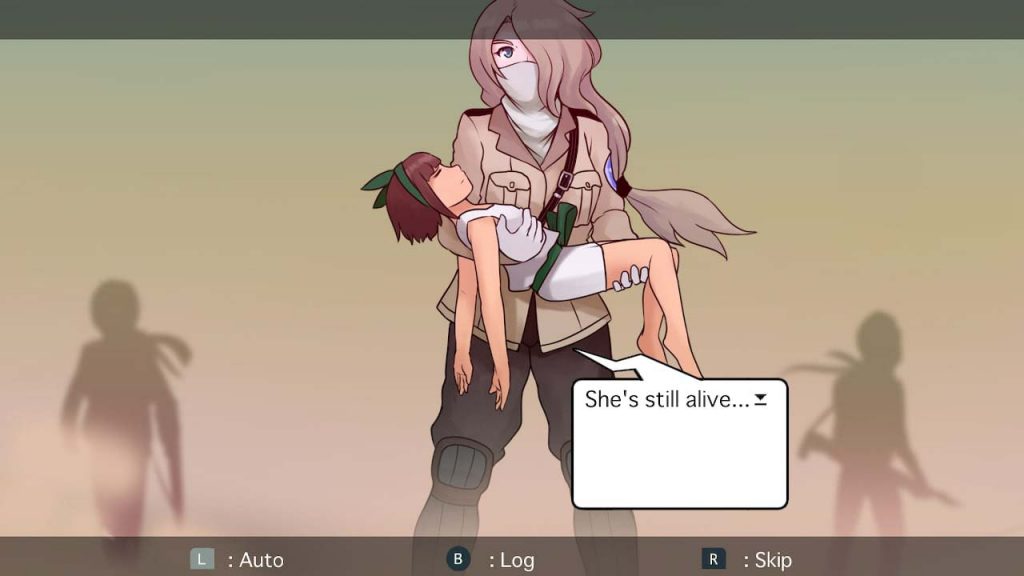 Ciel Fledge is almost all about navigating the menus and assigning tasks. If it were only this simple in real life! This is a menu heavy game with a lot of negotiating one menu to another in order to get Ciel though the week. However, the layout of the HUD is simple and has plenty of on-screen prompts to make sure players do not get lost.
So how do we raise our newly assigned Daughter, well with a daily tasks ofcourse. Only one task can be assigned per day, so there will be a lot of activity management, as Ciel has a stamina bar that will lower depending on the tasks she has to perform. Each take up a different amount of stamina. If she runs out of energy she will fall ill and if she is ill too many times then she is taken away from you. So making sure Ciel has plenty of rest is vital, as well as money, as a girl’s gotta shop, be that for new clothes, food, and so on.
Don’t worry parents, it is not all assigning task there are a few battles thrown in too, just like real life… Well without matching three coloured diamonds to attack. These battles are puzzle based. There are 3 types but all work the same match as a set of three same coloured diamonds as possible, and fill the bar before the time runs out. In a puzzle battle there are up to four different colours that need matched. Once enough colours have been collected a special move becomes available and build the bar fills up faster.
The game does a great job of supplying a good and in-depth tutorial for each aspect of the game that a player will come across. With this said the game play loop gets stale fairly fast. There are a few events that happen randomly, but in essence it is assign a week, do battles, talk to Ciel, do a few other tasks (shopping for example) and repeat. 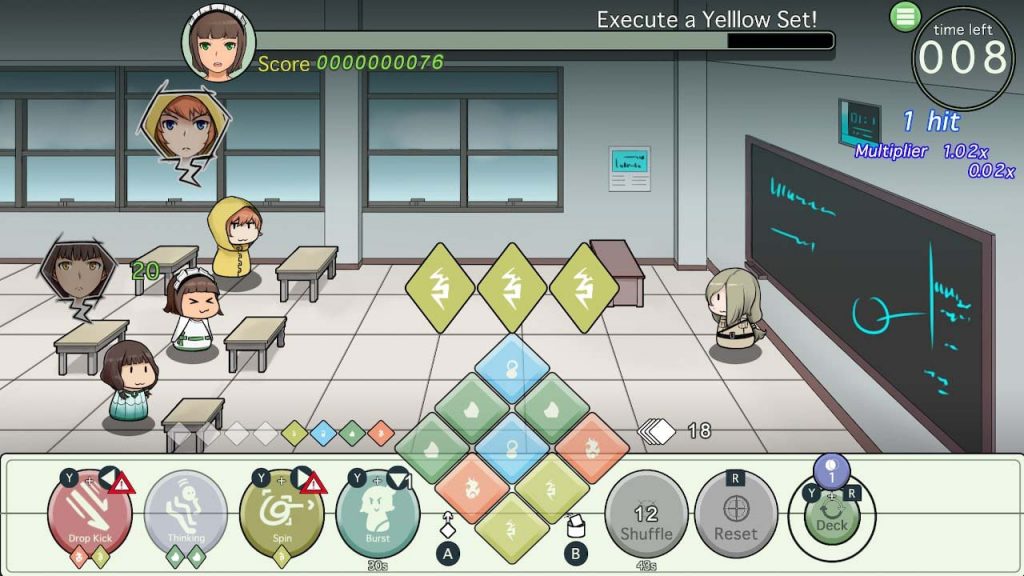 Graphically, Ciel Fledge is odd. The hand-drawn art style is really nice and bright, but I feel they are simple and uninspiring. I would have liked to see more detail in the characters and world. The visuals remind me of something I would expect from a mobile game. 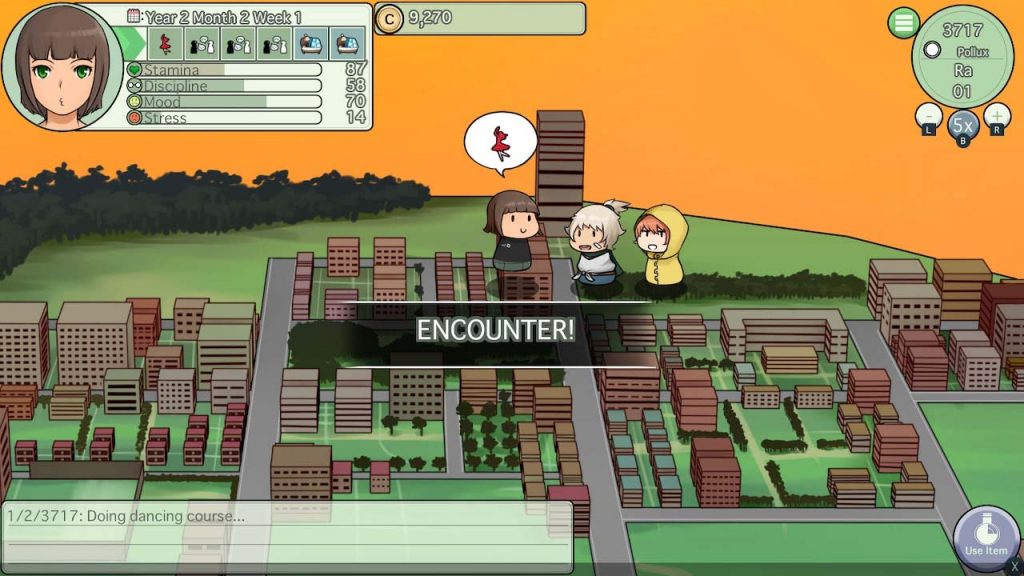 The music is great and relaxing; I have listened to the soundtrack out of the game and really enjoyed it. The other sound effects do a decent job, but nothing worth getting excited over. 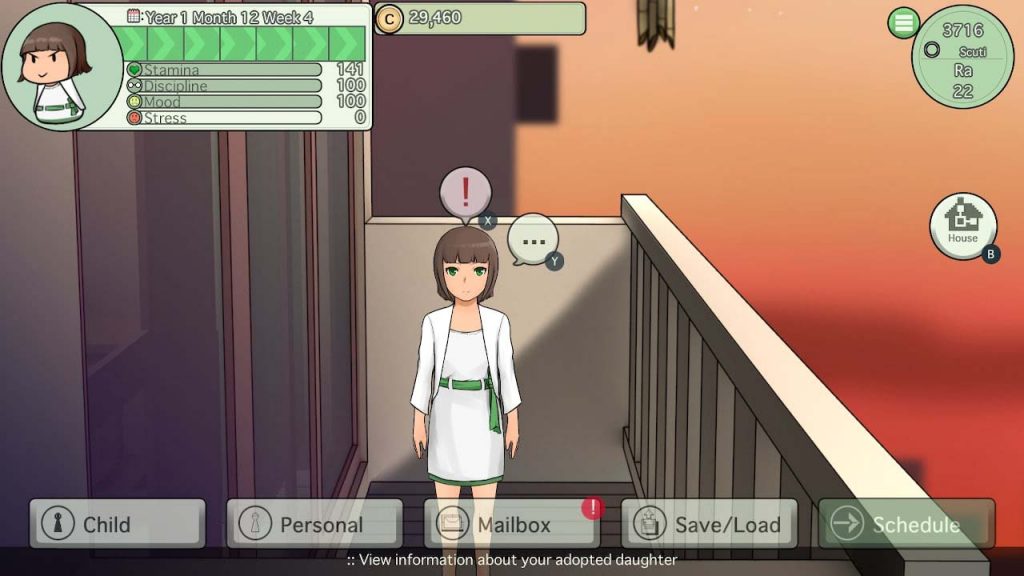 Overall, Ciel Fledge is a menu heavy simulator that has you micro-managing all of your daughter’s life. However, it loses its appeal after a few hours of doing the something over and over. It is not a bad game and the puzzle battles break the cycle. The one saving grace is the soundtrack that never gets old.

I feel this is a game to wait for a sale. I think I will stick with real life that never provides the same thing each minute let alone week!

Check out or review of Saints Row 4 for some over the top action HERE!