Children of Zodiarcs is one of those games that you see on the digital store and think this look pretty good, but never got around to trying. When I got this review code in I could not wait to check it out. Was it worth it?

You play as Nahmi, a professional thief who steals from the corrupted Nobels and sell relics of the ancient times. Running from the City Guard, Nahmi and her band of thieves take refuge in the slums. All the while taking on gangs, City Guard and cannibals along with other monasteries. The group must find meaning in their own life. Can they handle this journey?

The story is not a bad one, there is a lot that happens to these young Thieves, and it gets dark quick. 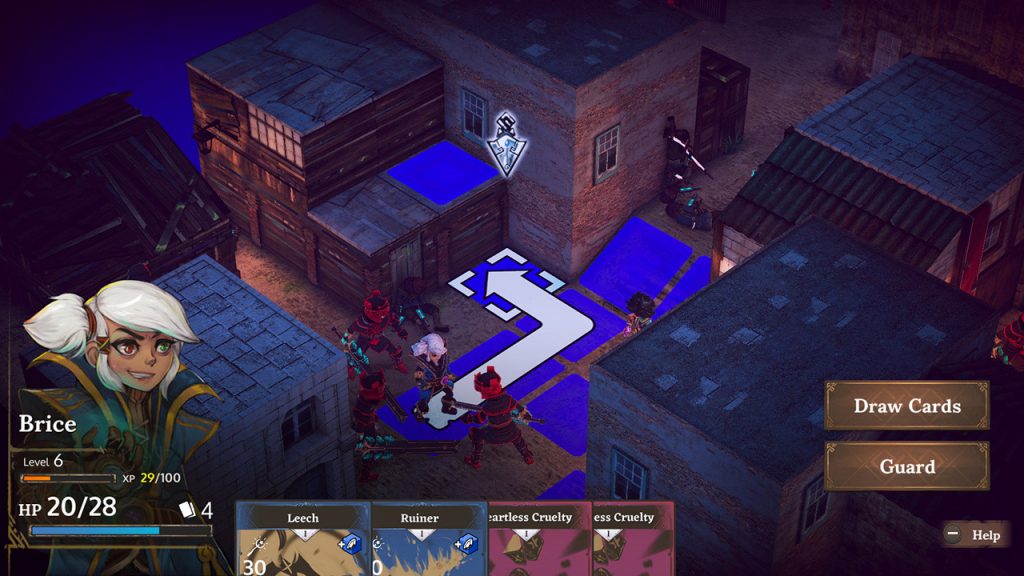 The game play in Children of Zodiarcs is a mixture of turn-based tactical RPG, a card game and dice rolling. Seems like a lot? Don’t worry, there are plenty of tutorials that will help out with all the elements, also once you have done a fight or two the mechanics become second nature.

Let’s get the battle system out of the way. It is a turn-based system where each character can move and perform an action per-turn within their individual visual range, on a square grid map. Each battle will have its own individual competition requirement stated at the start of each battle, these can be kill all enemies and get to a certain point in the map, for example. The best part about these battles is that they are not overly long and are well paced as not to slow the action down.

Lets talk about Cards. Cards are the attack or ability the character can perform as well as the range of the attack. Along with all tactical RPGs, positioning is paramount. From behind there is an increased chance of a crit-hit and no chance of a counterattack. A melee attack will get a counter attack if performed from the front. Once the player has decided on a move its time to pick the card (attack, heal, support) and see the stats;

Name of the card.
The level of the card, this increases the cards effectiveness.
Type of attack – range, magic, melee.
The potential damage.
The number of enemies it can hit.
Extra dice (not all cards).
Special Skill (not all cards).

Now we move to the next phase of using a card, the dice roll. Holding Y the die are gathered, to throw them you must move the left analog stick then let go of Y. Once they have stopped and shown their values it is up to you to select up to two dice to re-roll, after re-roll you must continue or go with what you have. The die have four symbols that will dictate the outcome of the attack (I will use an Attack card, for example).

Attack Shards – Land on a shard and increase the amount of damage, more shards the more damage.
Heal – Land on a heart, then the character rolling will be healed a set amount
Defend – Land on a shield this will lower counter damage.
Star – Land on the star and if a card has a special skill, it will activate it.

During a player’s turn it is also possible to skip a turn or draw two cards from the deck. Cards and die can be customised during the playthrough to turn the tide of battle to your advantage.

I really liked the gameplay. It was not overly complicated and the battles did not feel drawn out. 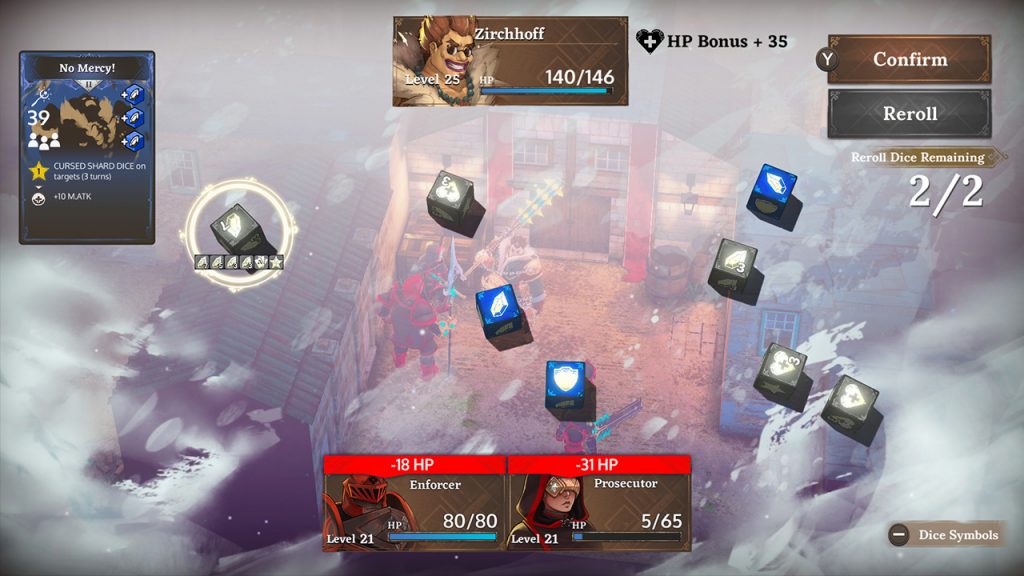 Visually, Children of Zodiarcs is a nice looking simplistic game. Character models look good and the battle actions are pretty. However, they are not amazing. The world is decently designed with each area having its own feel and style.

Where the visual sshine is in the cut-scenes, the hand drawn water-coloured stills are stunning and the characters in them are simply breath-taking. I would gladly play a game that looked like this one all day long.

I did not encounter any bugs worthy of note, a few of the load times seemed a little long at times. 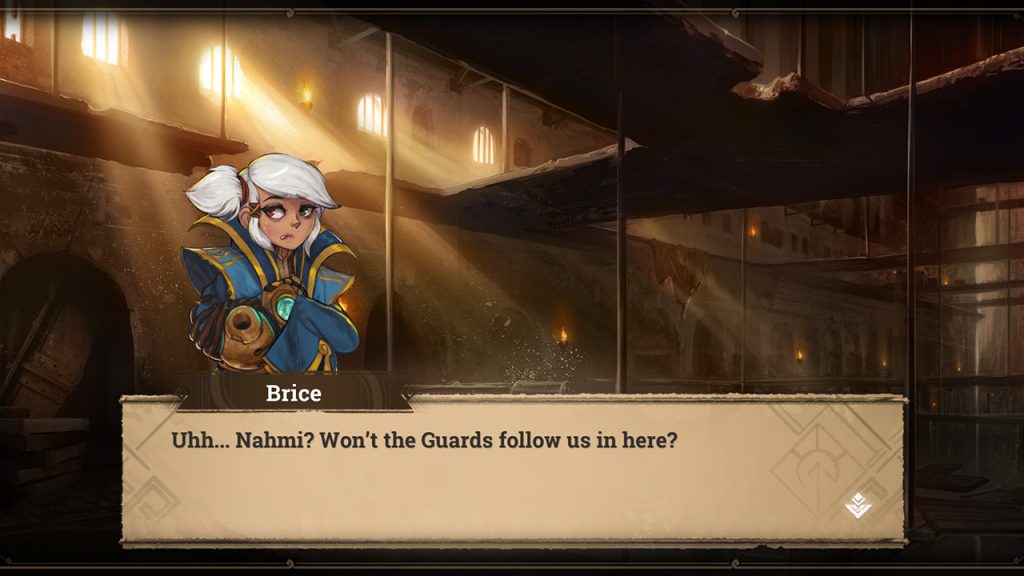 The sound design is very good. The attacks and abilities all sound crisp and clear with nice sound effects to make them all unique. The music does a great job of complementing the mood in the game. While the voice acting is of a very high standard and worthy of note, especially Brice’s VA, making her a brat but lovable at the same time. 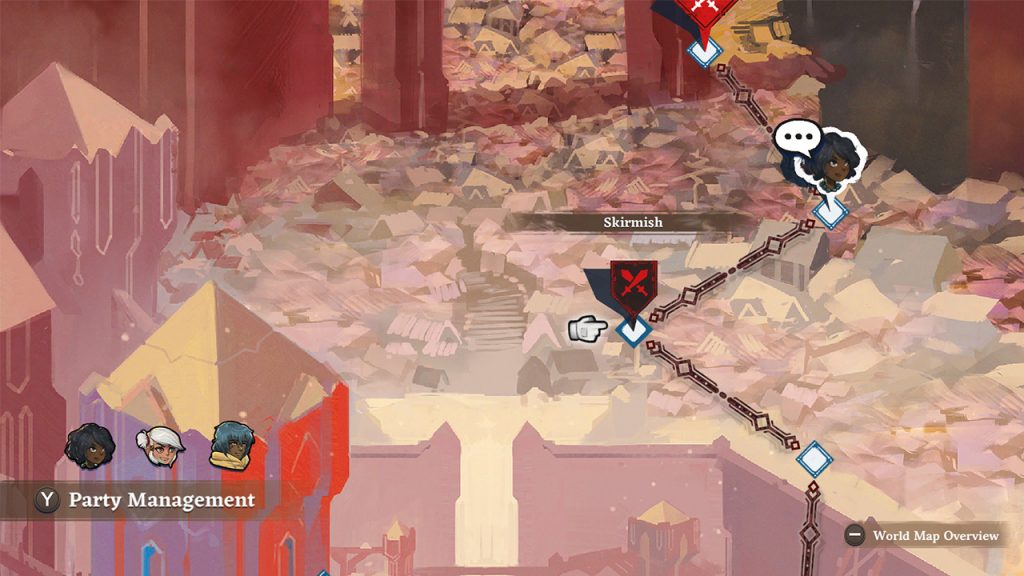 Overall, Children of Zodiarcs is a competent tactical RPG, but suffers from simplistic gameplay in battles. This will turn people off, although I enjoyed my time with the game despite personally knowing others that did not.

I would say if you are a fan of these games, then this is a decent attempt and worth looking at but maybe wait for a sale.

If you liked this review, then please check out our review of Langrisser 1 & 2 HERE!