Under threat from a continuing war between the Cats of Felngard and the Dogs of The Lupus Empire, Cat Quest II tells the tale of two rivals, brought together against their will, on a journey of discovery. Can they put aside their differences and bring peace to their world? Welcome to Cat Quest II. A game where you guide a Cat and for the first time in the series, a Dog, through both kingdoms in search of the Kingsblade. The Kingsblade has been broken into 3 shards scattered around the world. Defeat the evil empire to reclaim your rightful thrones. 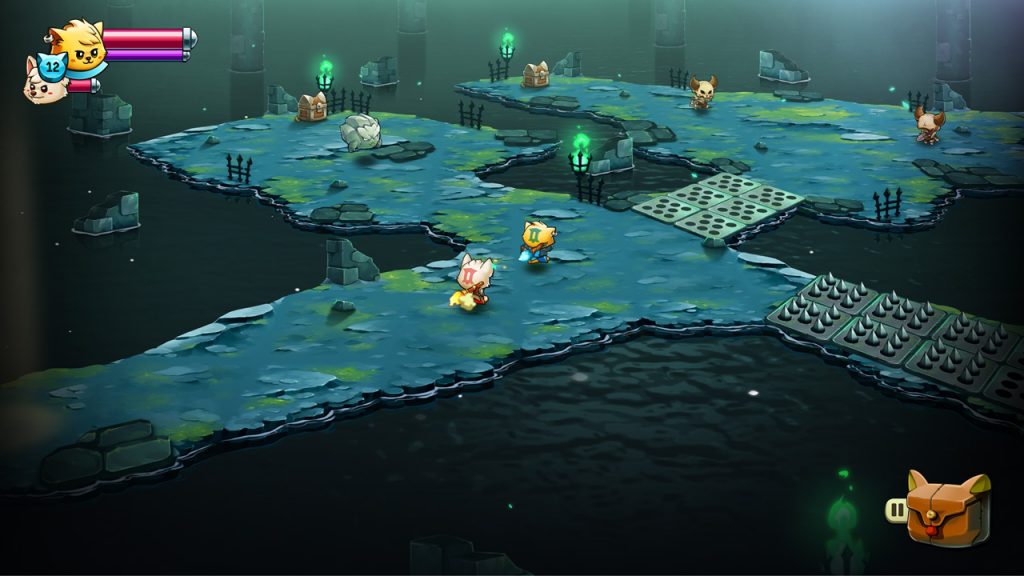 The gameplay is fairly simple. Follow Kirry (a Navi like character) as he takes you from one objective to the next. Travel through the world battling monsters, and upgrading your skills. At first, I found myself button-mashing my way through the game. After being defeated by an enemy on a higher level than me, I started to work on slowing down the button commands and dodging and attacking as opposed to spamming the Y button.

In solo mode, you control both the cat and dog. You switch between the two characters by pressing the X button at any time. If the main character you are using passes out, it automatically switches to the other character. You can hover over your knocked out partner to bring him back to life. If both protagonists gets knocked out, then you are taken back to your last save point, which can cause you to lose a bit of progress.

Co-op mode is exactly the same but with a friend.

In battle, use the Y Button to attack. You have two different styles of weapons to use. There are close-range melee weapons like a mace, sword, and some unconventional items like a dumbbell. You can also equip long-range weapons like a lightning staff, fire staff, and ice staff. Although you cannot use long and short-range weapons at the same time, the game does allow you to freely switch weapons whenever you like.

Press B to roll and evade from enemy attacks or to travel faster around the map. Eventually, you will gain the ability to shock enemies as you roll, giving an additional hit as you dodge around during a battle.

Stones on the maps give you new powers. The first powers that our heroes receive are Flamepurr and Freezepaw. Use the L button to perform that initial magic attack. Later in the game, you will earn additional magic stones that can be mapped to the rest of the shoulder buttons. The powers include Furry Shield and Manapaw. The latter provides the ability to replenish mana. All of these moves can be performed if your magic bar is full, which is replenished by battling enemies.

Throughout the game, you must collect items in crates and equip them onto the cat and dog. Blue and Gold orbs and treasure chests are scattered around the map. Be aware of environmental damage in the form of automatic or touch-sensitive protruding spikes and cactus plants to name a couple. Stage hazards can also affect your enemies, so try to use them to your advantage.

In each of the cites and dungeons, there are save stones. Be sure to use them often as you lose any progress gained that was not saved. It’s easy to skip a few save stones, and end up in a dungeon with an overpowered beast destroying you resulting in a loss of a good chunk of progress.

The artwork in Cat Quest II is extremely charming. Although the animation of the characters is fairly static, the over-world has quite a bit of activity. The trees sway in the wind, the clouds move across the sky over the ocean and dissipate over land. You can see the occasional wisps in the wind. It really is pretty to look at, and I appreciate the details.

The game runs very smooth as well. I have been in battles with multiple enemies at the same time and rarely saw any in-game hiccups. My biggest complaint is that at times, it was a little hard to determine if I was about to be attacked by an enemy due to all of the activity happening at the same time. There isn’t any enemy collision detection during battle. Due to this, especially in handheld mode, it can cause you to not dodge an attack and end up dying. 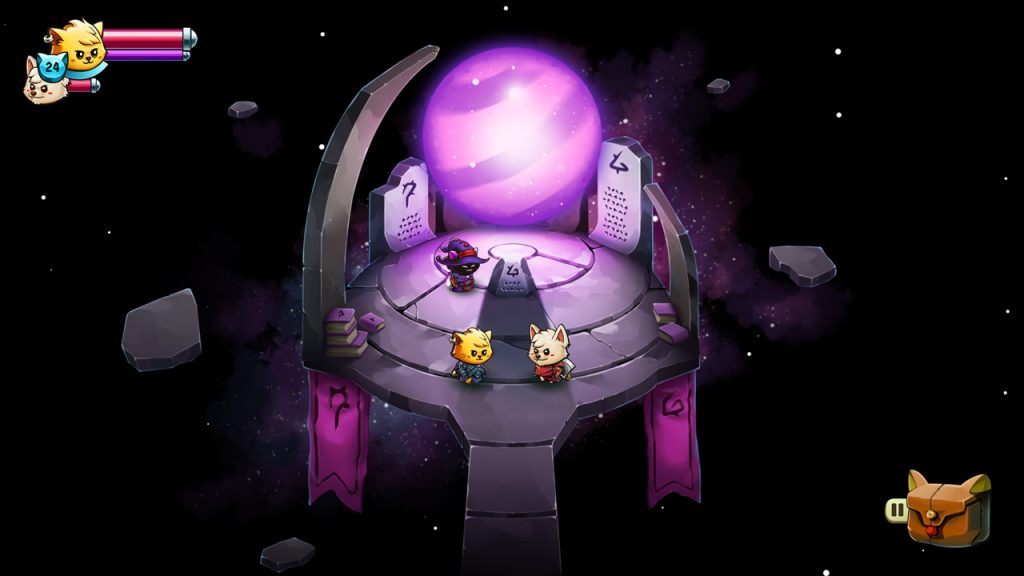 As a self-proclaimed music and sound junky, I absolutely love the sounds the game emits. The music is beautifully orchestrated. If Nintendo ever decided they wanted to add Cat/Dog to Smash, then they wouldn’t have to worry about making any major changes to the music. It sounds like something directly from Hideki Sakamoto. All other effects sound very crisp as well. You can clearly hear the differences between walking on the ground, walking through a bush, and after gaining the ability, waking on water. Again I really appreciate the attention to detail.

I have to admit, I flirted with the idea of playing the first Cat Quest, but never found the opportunity to pick it up. After playing Cat Quest II, I regret that decision. I really enjoyed this game. I appreciated the simplistic, yet detailed graphics. The music is beautiful, and the game plays really well. Whether playing alone, or co-op with a friend, the game is a blast and can be beaten in around five hours. After the credits roll, there are still a bunch of side quests and dungeons you can go back to and play through making the replay value fairly high. Cat Quest II was a Pawsome experience… Sorry I had to do it.

Check out this other Puur-tastic game Gato Roboto HERE!

Armed To The Gears