The Blair Witch Project came out twenty-one years ago, and while back then it caused quite the stir, there has been nothing in the intervening two decades that have made it that big of a thing today. For the avoidance of doubt, the sequel never happened.

Yet, somehow, I found myself with the opportunity to play a new game for the PlayStation 4 that was based on the very same movie I mention above.

Why? I am not sure, but was I excited to play it. Yes! I remember watching the movie and the hysteria that spread through the school. People convinced it was real, of the gullible days before social media made us question everything.

So how was it? Did the game live up to 21 years of wait? Keep reading to find out. 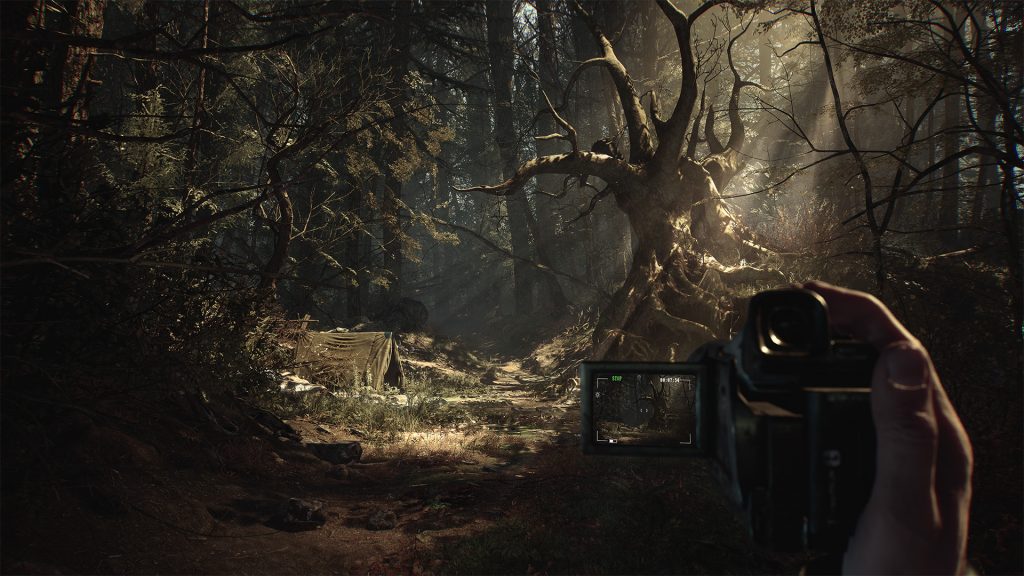 The game is a first-person horror experience, at least, that it what it should be. Unfortunately, I found it to be more of a first-person adventure into the mundane. To avoid giving any spoilers, let’s just say the game is a bit of a vague mess for large spells.

You play as a deeply flawed character Elis, who, seems somewhat asshole-ish when you first start to the play the game. You don’t know his history, and never really find out what brought him into the woods to search for a missing child. I liked to assume it was because he was trying to make up for past wrongs, or as most good movies have, to find redemption for that one case that got away earlier in his career.

That said, the game goes to great lengths to just show you the Elis a damaged man with some mental health issues he really needs help with.

You walk around the woods, lost and incredibly frustrated, accompanied by your faithful friend Bullet. I’ll say it now, my favourite part of the whole game was that you could pet the dog. Feeding him snacks came in a very close second.

While I give the developers credit for creating a good world, the simple fact remained that the reality of walking around forest in the middle of the night, with no map and no overly clear objective – other than garbled messages of a radio – is a frustrating rather than terrifying experience.

There were a few jump scares worked in and maybe I’m just numb from playing scarier games recently, but there was nothing that I came across that made me stop and think, wow, this game is creepy.

The gameplay mechanics were awkward, especially accessing the different menus and remembering what was where.

Also, I get some games need puzzles, especially games of this genre, but the whole video tapes that could manipulate time based on where you paused them angle was just awkward and to be frank, annoying.

In the end, the game was more about following the dog, checking whatever he found and wandering aimlessly in the near dark hoping you found the next clue, while desperately hoping you had not gone in a circle and were still in the same patch of forest you were an hour ago.

The game supposedly offers two different endings, but I have zero interest in going back into it to see what the other could be.

One other annoying issue I had with the game were the bugs. I encountered many different things during my playthrough. Starting with performance issues, and frame rate drops, through to Bullet disappearing and sometimes even flying. I got soft locked a few times between trees, and once just trying to open the padlock to the bunker early in the game. 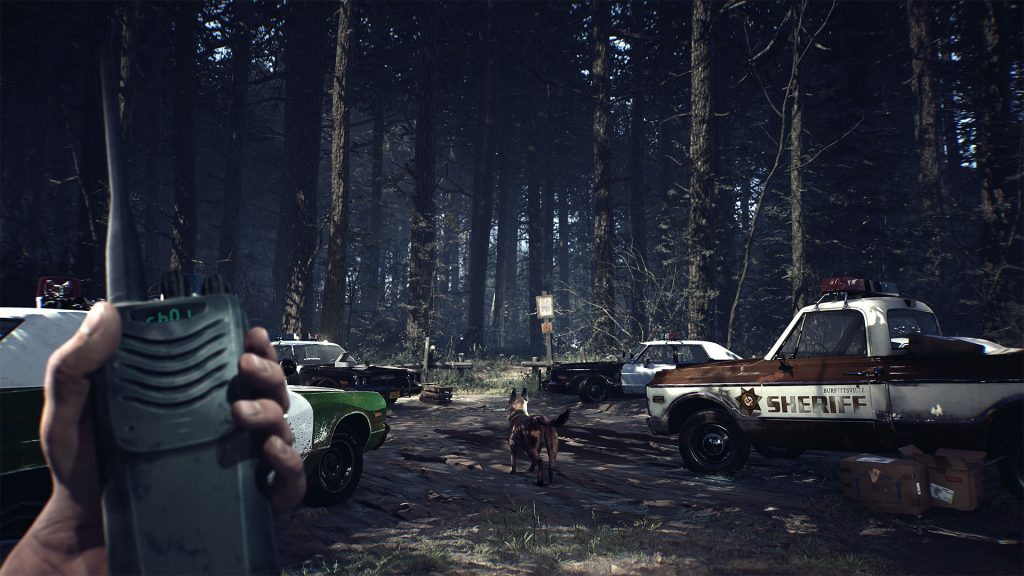 From a visual standpoint the game was ok. There were some nice elements that worked well, but again the premise of being stuck in the woods on what is essentially a poorly explained scavenger hunt grew very repetitive very fast.

There’s only so many times you can walk through twigs or follow the same looking beaten path before you just think, why am I bothering.

Most of the time you are just following the dog anyway. Not because you necessarily want to further the story but rather because you want to make sure Bullet remains safe.

It’s not that the visuals were weak in the game, but rather, there was too much of the same for you to actually care about what it looked like.

I suppose, credit should be given to the developers for that. Not for the lack of caring, but for capturing what it must feel like to be trapped in the woods in the middle of the night, with nothing more than a little flash light to guide you. 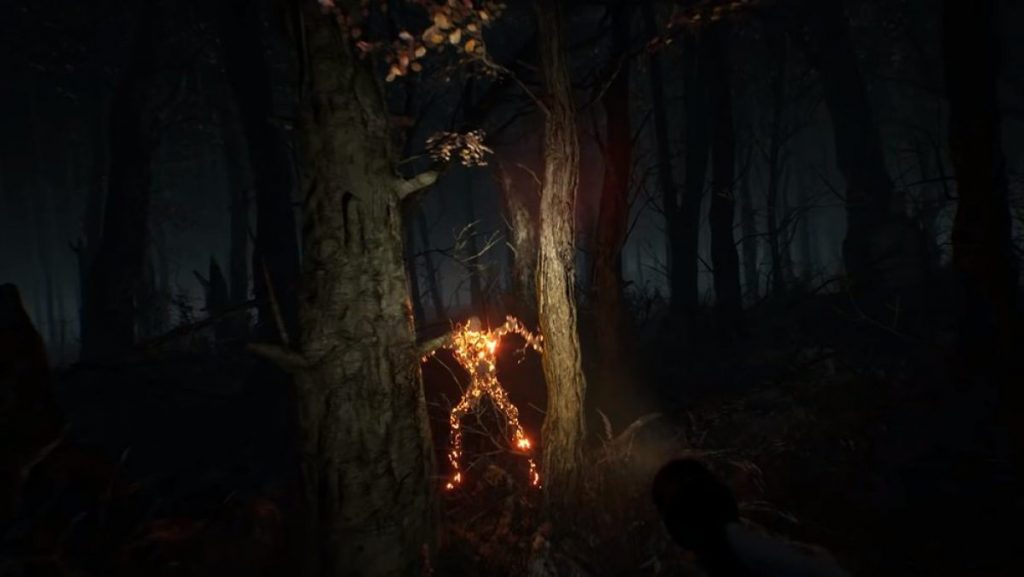 Much like the visuals, the audio in the game was, acceptable. You’re stuck in the middle of the forest. There’s a lot of silence. You own thoughts and Bullets bark are your only real companions. That and the radio you have through which you will periodically get contacted through.

This forms the primary method of ‘storytelling’ in the game. The garbled messages helping you keep moving forward. Just make sure you have no background noise, good headphones and the volume cranked to 11 because it can be very hard to understand at times. The subtitles are good, but again, if you sit any distance from the TV, you’re going to have to squint.

Once again, I’m not saying the game does a bad job here, but it is merely, ok. There’s nothing memorable about the voices, or the dialogue to keep it in your mind even after you shut it down between sessions, let along after you finished it. 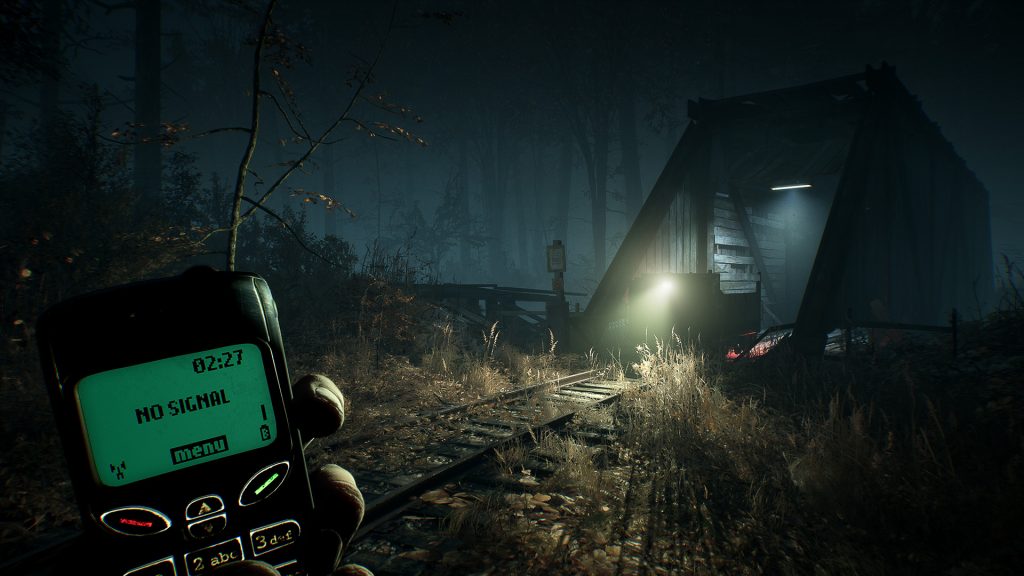 I am somewhat torn in my feelings for this game. I wanted it to be better than it was, yet the end product is true to the scenario within which it is based, and so deserves credit for it. Overall, I think your mindset heading into the game will impact the impression it has on you. If you’re expecting a creepy, chilling experience, you will be sadly mistaken. If you’re looking for a dark walking simulator then there is something good to be found.

Ultimately, however, I think the game is going to be swiftly forgotten, relegated to being just another title that exists, will get played and moved on from. In short, the game is mediocre and, in that way, disappointing.

Check out our review of Vambrace Cold Soul for something different HERE!