Blade II – The Return of Evil is an action RPG ported to the Switch from its origin as a Korean mobile game. It’s the sequel to the very popular Korean mobile MMO Blade: Sword of Elysion. This Switch port however does away with the MMO side of things and more prudently, has gotten rid of its microtransaction. A wise decision considering its price tag.

I’ve got to say that this game does an amazing job of creating a seamless experience between gaming and cinematics. The storyline held my attention with its inclusion of in-game cinematics as well as FMV cutscenes. 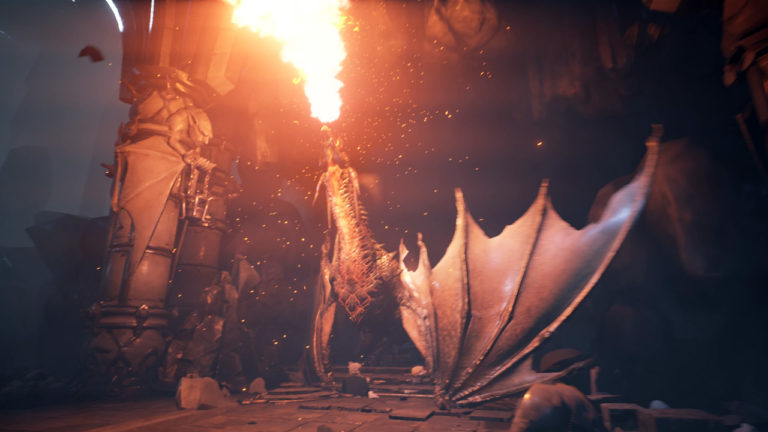 Blade II already joins a growing list of top-down RPGs currently available for the Switch. So what makes it special? Well, it’s gameplay is closer to that of its more famous counterpart, a particular game by the name of Diablo. The difference is that its levels are a lot more linear than the open world of Diablo. It might be more appealing to gamers who don’t have the time to give to games that otherwise demand it. Each of the levels is short and can take as little as 2 minutes to complete. In fact, one of its constant challenges for gold stars asks you to complete the level under a certain amount of time.

You can choose one of four heroes for your adventure. The introduction, which acts as a kind of tutorial, when you first boot up the game gives you a feel of what each hero brings to the table. The gameplay is highly polished, and combat is pretty smooth. Each hero has got their own set of combos as their main attack which can sometimes toe the line between button mashing and properly-getting the right attacks in. Special moves can be unlocked by buying them with coins collected from defeated monsters and completing the 3 challenges set for each level. The special moves consists of attacks with a defensive move which can also heal you a little and an ultimate a.o.e, which is a powerful area-wide attack with very cool animations. My main playthrough was with the fighter, and I had immense fun punching, kicking and using my ultimate to beat each monster and their boss to oblivion. There’s also a button assigned for counter-attacks which are very cool when you can pull it off.

The RPG side of the game is pretty simple; you gain exp from playing through each level, thus levelling up your character and upgrading their stats to getting loot gear from beating the boss of each level. It is in keeping with the simplistic mechanics of the game and again does well to appeal to players who don’t have time to pore over what every stat means to each gear and whatnot.

My minor gripes with the gameplay are that sometimes, moves can become a button-mashing affair. Timing is a key element to combat as even a 0.5-sec pause between each punch or kick can produce a different combo for each hero. Timing also plays a big part in counter-attacking, pressing the counter-attack button at the right time, just as the foe is about to hit you with an attack, and you can hit back at them with a special move as well as heal a part of your HP. The problem is that counter-attacking can be temperamental; sometimes it works, sometimes you’re left frustrated thinking you’ve pulled it off. Its especially frustrating as one of the only ways to heal yourself is by pulling off a successful counter-attack. 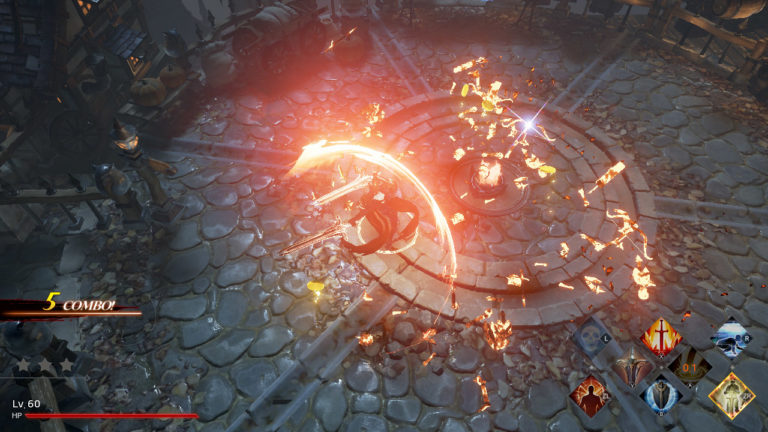 Blade II is a highly polished mobile port. Don’t get me wrong; I say this with love. The graphics have been refined for the Switch port, and it runs relatively smoothly even when the screen is filled with monsters and flashing graphics. There are only a few moments of jarring movements, mainly when the Ultimate move is used and some of the unique bosses that you come across. The level of aesthetics is excellent despite its linear designs. My favourite being the Bloodborne inspired city levels which can go from fighting through dingy alleyways to acrobatically jumping onto rooftops.

The character designs are typical for your fantasy set game. It follows your usual, slightly tired fantasy tropes of armoured men and scantily clad women. I swear every female character in this game shows some sort of cleavage in their armour/clothes design. To me, while aesthetically it looks good, it feels lazy and short of ideas. The monsters in this game fare a little better. The main boss, the ones the appears at the end of the last level of each act are very well designed and more varied in their animation and attacks.

The difference between playing this game in docked mode and handheld is very minimal. There are some graphical discrepancies in handheld mode, but nothing noticeable. I played this game on long bus journeys, and the experience is the same for both. 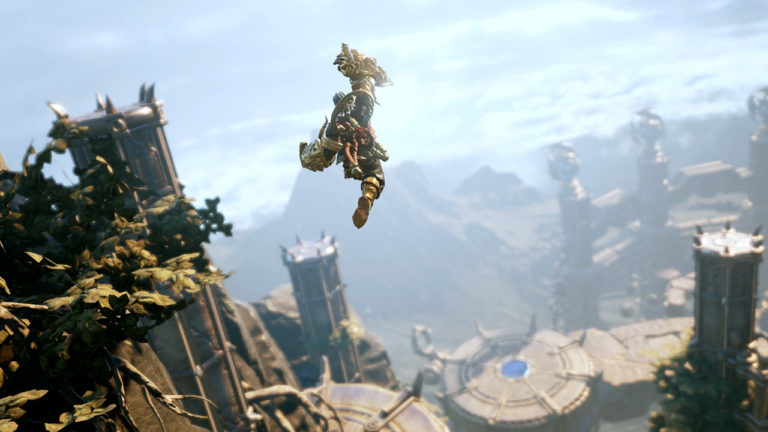 The music in Blade II is excellent. It may be your typical fantasy orchestral number, but it’s a great accompaniment to your adventures. You feel epic just listening to it while fighting and killing monsters. The Korean voiceovers are okay, but I would have loved to have the option of English VA to hear their take on it.

One gripe for sound is how loud it can get during the Ultimate move animation. My ears nearly bled when I was listening to it through earphones in handheld mode. One minute, I was enjoying the epic music then one hit of the Ultimate button and I feared I might have burst my eardrums. You have been warned! 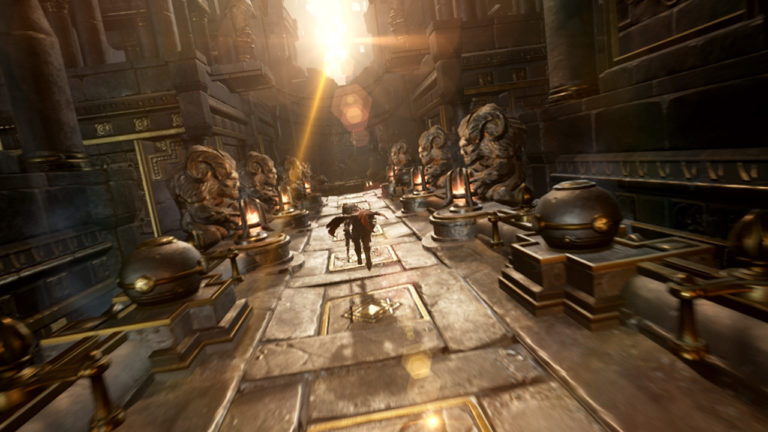 Blade II – The Return of Evil is for gamers who want to experience Diablo-like gameplay but don’t have the time to spend on said game. Its short linear levels are perfect for gaming on the go, and simple RPG mechanics can appeal to casual gamers. It may even act as a gateway for casuals to go into the more heavy RPGs. There are some minor issues with the game but nothing that impedes enjoyment too much. The asking price of the game is a little steep, but that’s the price of taking away the microtransaction aspect of the game. A decision which I fully agree with.

If you enjoyed this review Check out our review of Lucah: Born of a Dream HERE! For my ARPG Action.

WarioWare: Get It Together!