In this review, I will review all three games in the trilogy, in the release order Atelier Ayesha, Atelier Escha & Logy and Atelier Shallie. The final score will be the trilogy on the whole.

Another set of Atelier games, these are three games that I played when they first released but never really took any notice of if I am to be frank. With big games like Bioshock Infinite, Tomb Raider and God of War: Ascension releasing around the same time; Atelier was not high up on my list of must plays.

Ayesha Altugle lives alone in a secluded workshop since her grandfather died and her younger sister went missing a few years ago. She is adept at making medicines for the locals. On a trip out to gather materials for medicine, she discovers her sister is, in fact, still alive and trapped somewhere. Ayesha, envigorated with this fact, devotes her life to learn alchemy to save her sister.

Set four years after Ayesha’s story in the far off land to the west, a local administration hire two alchemists as members of the R&D department. These two new alchemists are Escha and Logy, join them as they learn the ropes of their new job. While trying to unlock the secrets of the nearby ruins as the world recovers from “The Dusk” catastrophic event.

Following the events of Escha & Logy, we travel forward 6 years to meet Shallie. It revolves around two alchemists. Shallistera who lives in an Oasis town and Shallotte who wants to become a proper alchemist. Shallie is trying to find out why the water is draining from the town when she meets Shallotte. The two alchemists work together to reach their goals and uncover the truth about what has happened in the Dusk series.

What I really like about these game is how the stories all interlink and the crossovers in each. After revisiting these, I realised that the overall story is excellent and exciting. I was gripped with what happened in Dusk. 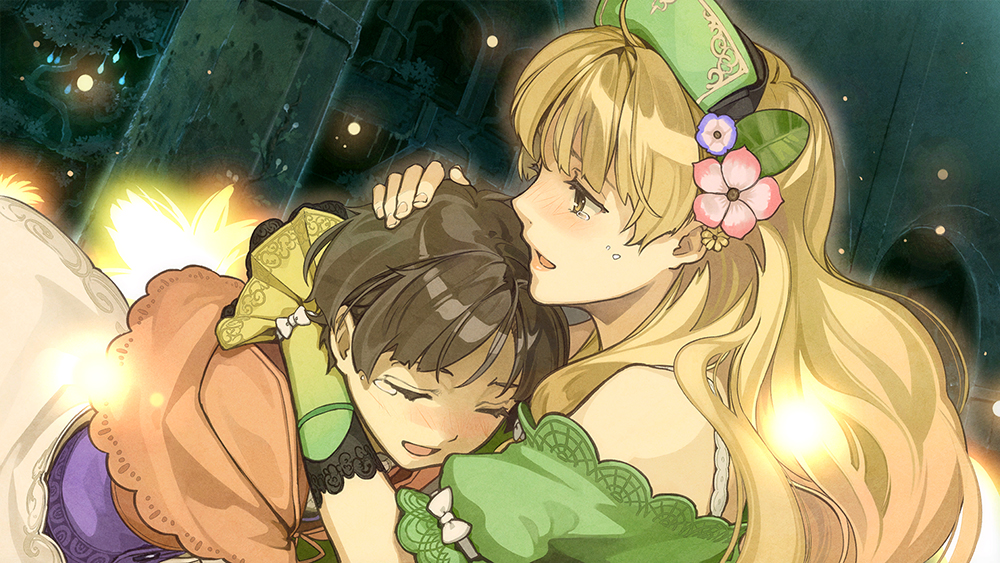 In the gameplay section, I will be highlighting the differences in the three games. As for most of the Atelier games, the gameplay loop is the same collect materials, create items and complete quests all within three years. Time passes by when moving locations and gathering materials. The quests have a set number of days they need to be completed by, so time management is vital.

Ayesha takes JRPGs back to basics. It is a simple turned-based affair, with all the usual attack, item and special. The one difference is the special bar that builds up from consecutive attacks. This allows a few things to happen.

First, there is a follow-up attack that can be activated with a timed button press.
Secondly, it is possible to defend a weaker character
Lastly, It is possible to move the character behind enemies for critical attacks. This is most important to win fights.

This is a great entry-level game, the timing for jobs is relaxed enough that you never feel under pressure. With some likeable characters, Ayesha seems a little bit too helpless for being on an adventure. Overall it is a great easy pickup and play game with simple mechanics.

With Dusk Sky, the one massive difference is the ability to play as both main characters. It does not impact on the story, but it is a nice change of pace from the typical singular protagonist. As with Ayesha, the job times are really relaxed, making this one a nice enjoyable game to take your time with.

The big change with the battle system is a simple onefwith each attack, the support bar will increase. The higher the number, the more support attacks, defends and special attacks can be chained together. The more powerful the attack, the more the bar will fill.

The fact that it is possible to switch the main character adds a little bit to the game.

So taking some bits from the previous title of Atelier Escha & Logy with two characters, but fleshed it out even more. The Shallie you pick will vastly change the story that will play out. There are a few scenarios that both share, but on the whole, you get two stories in one game here. Also my personal favourite of the trilogy.

The battle system is super simple here (even more straightforward than the last two), with basically a burst meter that will activate a super attack. Everything else is the same. 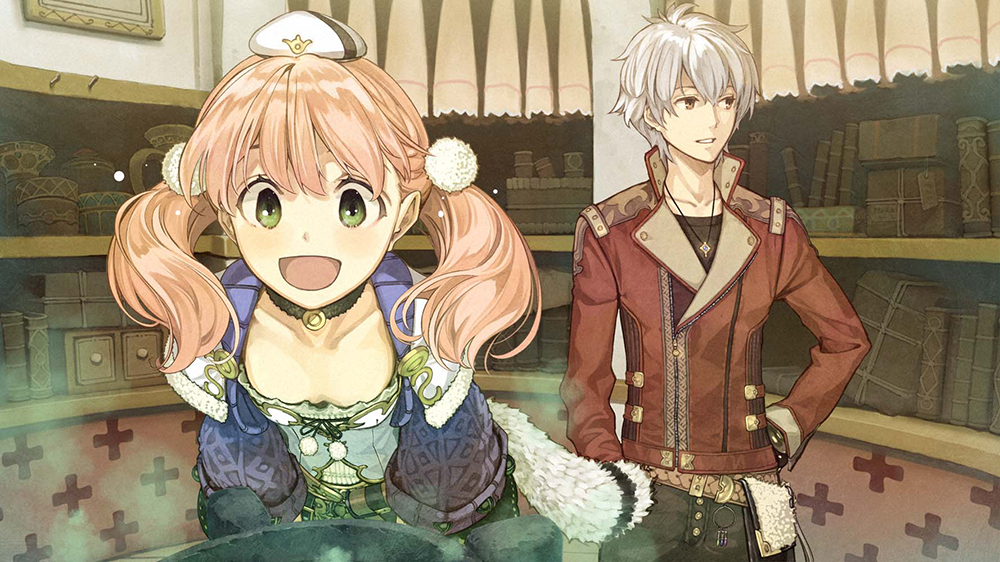 Visuals in the Dusk Trilogy have been improved upon across all three games. Textures are smoother with less pop in. Characters are overhaulled to look better and more detailed.

There were no bugs at all while I played, they each ran smooth. 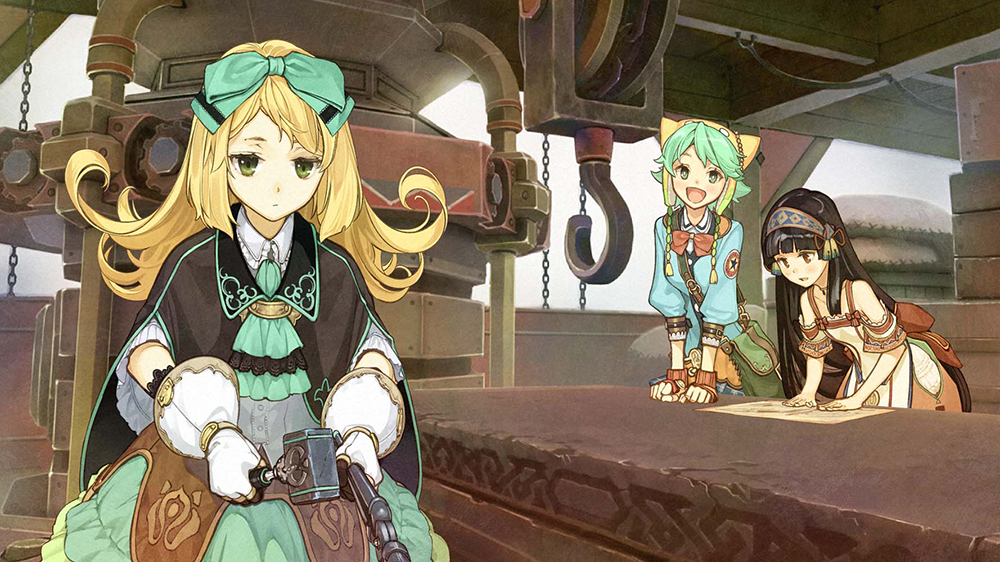 As with the visuals, the sound design in the Dusk Trilogy has been improved. With better sound quality and all the audio is cleaned up. I would also say the soundtracks have been remastered too.

Overall the Atelier Dusk Trilogy DX is a fantastic overhaul of three games that were already good. To see them all in HD feels right. The interlinking stories and returning casts shows how much care the writers put into the titles. The gameplay is familiar to the rest of the series with their own unique spin on the battle systems.
I so want to recommend these games but at the prices they are on the eShop it makes that really hard to do. Being £32.99 each or £73.99 for the trilogy it is a hard sell even for a fan such as my self. I would say wait for a sale for these, or at least buy the trilogy and save £24.98 of the total price.

If you enjoyed this check out our review of Disgaea 4 Complete+ for another great RPG experance HERE!