AeternoBlade was a game that piqued my interest when it came out for the Switch. Sadly, there were other games that took my time and so somehow it was forgotten about. Then I got the opportunity to review the sequel, AeternoBlade II and I jumped at the chance to do so, this time round on the PS4.

AeternoBlade 2 is another metroidvania game in what is fast becoming a saturated genre, especially in the indie games scene. The plot of the story is quite confusing, almost to the point of being nonsensical. It involves the character Freyja fixing the problem she caused from the first game, the ‘problem’ being that some kind of dimension is turning unstable thus making reality disappear from existence. Its subplot sees 2 warriors from the other side of the world, Felix and Bernard try and stop a disaster that was foretold by the Chronos’ Kingdom’s ‘Oracle’ which was initiated when a dark hole in the sky suddenly appeared. The fates of these warriors will intertwine as they try to accomplish their respective missions. 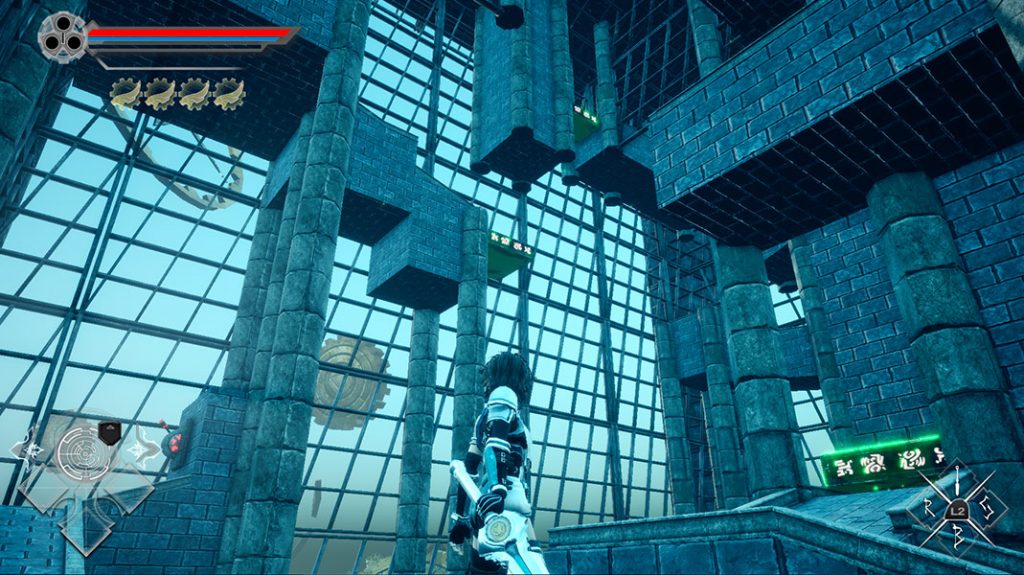 You get to control the 3 main characters, the returning Freyja and 2 new playable characters in Felix and Bernard. Each character comes with their own set of weapons and moves that come in handy; especially in exploring all areas of each level that may previously be unreachable. The basic control involves normal or ‘light’ attack, a heavy attack and a special dodge called ‘Blink’. As you progress in the game, new abilities can be earned when your character earns their Aeternoblade. This is where it becomes interesting as the time manipulation moves are unique to each character which in turn gives it a little more depth. My favourite move is Felix’s ability to record himself doing a move set for a few seconds then going back in time and being able to do another set of moves with the recorded self, essentially doubling himself. This is especially useful against multiple enemies. Sadly for all its ideas, the devs seem to forget to fine tune the most basic of gameplay as movement of characters feel really sluggish. It’s almost like watching a slow mo scene from Baywatch. The controls are also pretty woeful which coupled with the movement can funnily enough cause a jarring experience in situations like fighting multiple enemies or even jumping from one platform to another.

The game plays in 2.5D aspect with some levels(mostly mid-tier boss and boss levels) going fully 3D. While I applaud the effort, again the execution is dire, no less thanks to the aforementioned movements and controls but now with the added annoyance of an awful camera. The imperfect trifecta ensures that most fights end in frustration rather than delight.

I feel like I’ve been a bit too negative with the game. There are moments of enjoyment to be had; for example, pulling off that special move mentioned above when facing multiple enemies can seriously be gratifying. Felix(whom I share a name with) is fun to play as, with his chain whip sword being easy to use to chain combos together. The puzzle elements in game also make good use of the abilities and there is enough differences in the characters that it does not get repetitive. 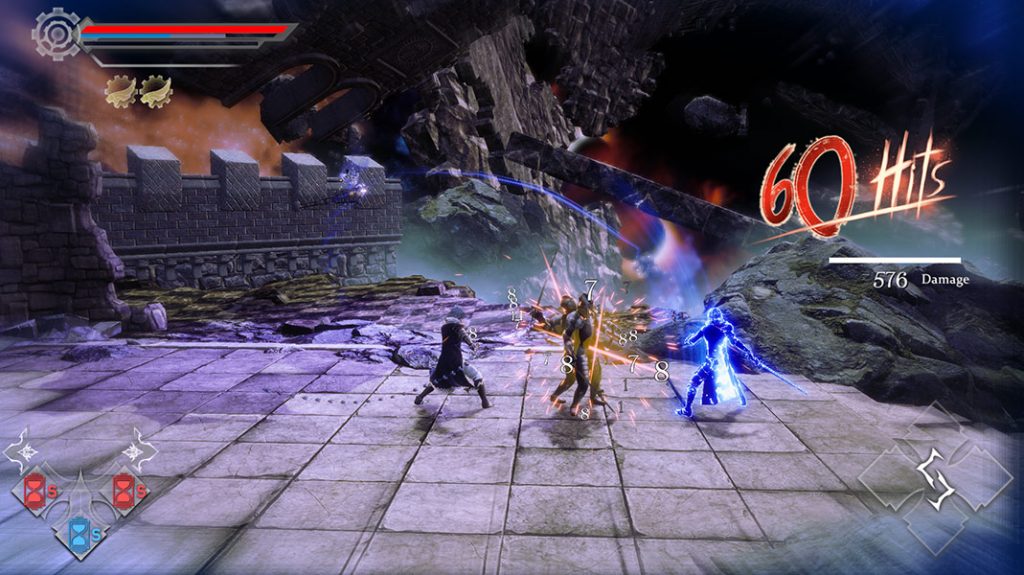 The games visuals are disappointing. Its anime inspired style looks okay but there’s nothing in the design the makes it standout. The main characters look like they’ve been cloned from previous anime inspired style game; Freyja, the serious one, Felix the not so serious one and Bernard, the uh.. the one with all the brawn and none of the brains. Level designs too are uninspired with background visuals being ok. Enemies come in their standard fare with the bosses being bigger and badder but nothing of note that makes them stand out in terms of aesthetic design. Some will say that it’s a bit dated but then one can argue that this is an indie game thus production values will be significantly lower. Although I will question the devs decision on aesthetic design as there are other indie games that have looked stunning in 3D.

The performance of the game leaves a lot to be desired for. For all its ideas, and I applaud the devs in implementing them all in, they have been lackadaisical in the basics of gameplay. My main gripe being the movement. This fundamental flaw is crucial as with all Metroidvania games, movement is important in how a game can be enjoyed. 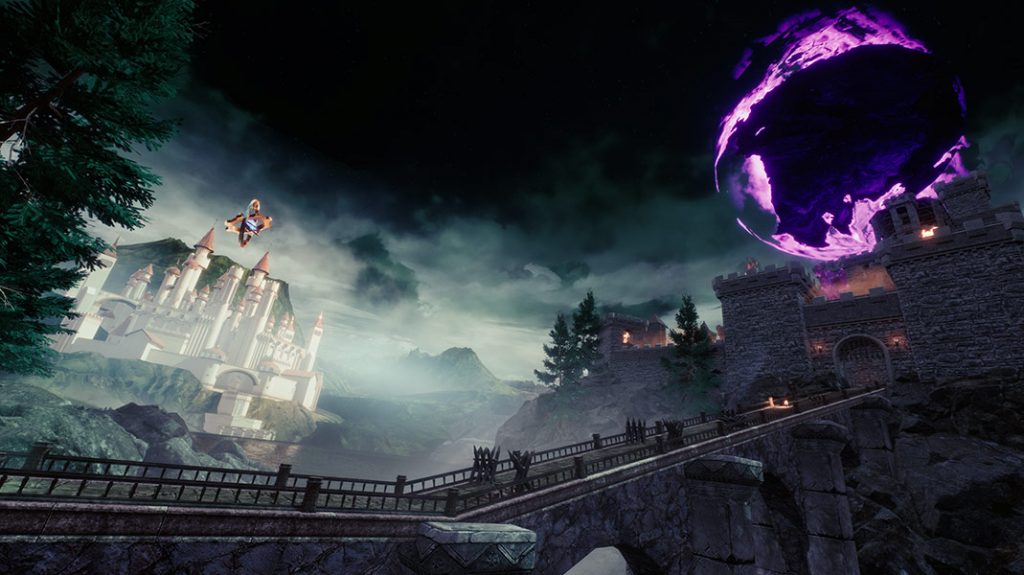 Okay, the sound is an area which this game excels in. The music is enjoyable and quite catchy. And the pièce de résistance of the whole sound design; the amazingly bad voice acting. The voice acting made me laugh throughout the whole thing; from the terrible script to the god awful but so awful it’s actually quite good in a funny way delivery. To be quite honest with you, it actually elevated the experience of playing the game somehow. 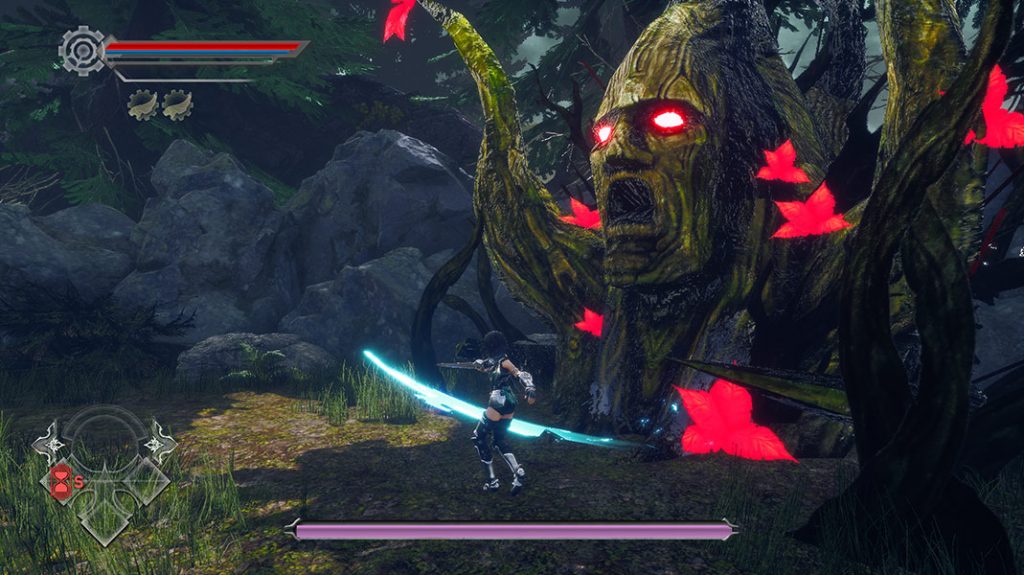 If any readers are familiar with the cult Tommy Wiseau film, The Room, then they’ll definitely get my reference and my reasoning for saying that AeternoBlade II is basically the gaming equivalent of The Room. Like the film that I’m comparing this game to, it feels sluggish, the movements jarring and the controls…oh the woeful controls feels like there’s a time delay every time you have an input (much like Tommy Wiseau’s line delivery in the film). This may seem apt for a game whose story and mechanics is time-centric but it is definitely not meant. It feels like the devs had a bunch of great ideas, tried to implement it all in but then forgot the fundamentals of what makes a good game. The voice acting is definitely on par with Tommy Wiseau’s acting skills and who knows, maybe, just maybe, like the film, the game can gain some kind of cult like status. After all, the devs did manage to produce 2 games.

If this one let you down check out our review of A Knight’s Quest HERE! 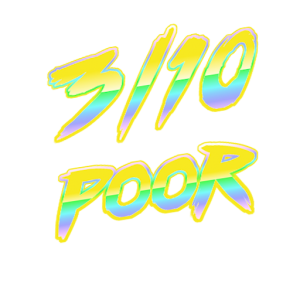