Games following the formats of 2D Metroid and/or Castlevania: Symphony of the Night has flooded the Nintendo Switch. It seems to be one of the most popular genres to hit the Eshop whether it is brand new or a port.

3000th Duel falls into this Action/Adventure/Platformer/RPG classification and fills the port bubble too. Originally released on Steam in September 2019, it is still a fairly new title compared to most ports the Switch has received.

There are many unknowns to start the story. The hero has no memory as well wearing a mask to cover the face. On top of that the setting the hero is placed in is a mystery as well. So the only thing to do is to start slicing and dicing all the hostiles standing in the way of uncovering a hard to swallow truth behind the hero’s identity. 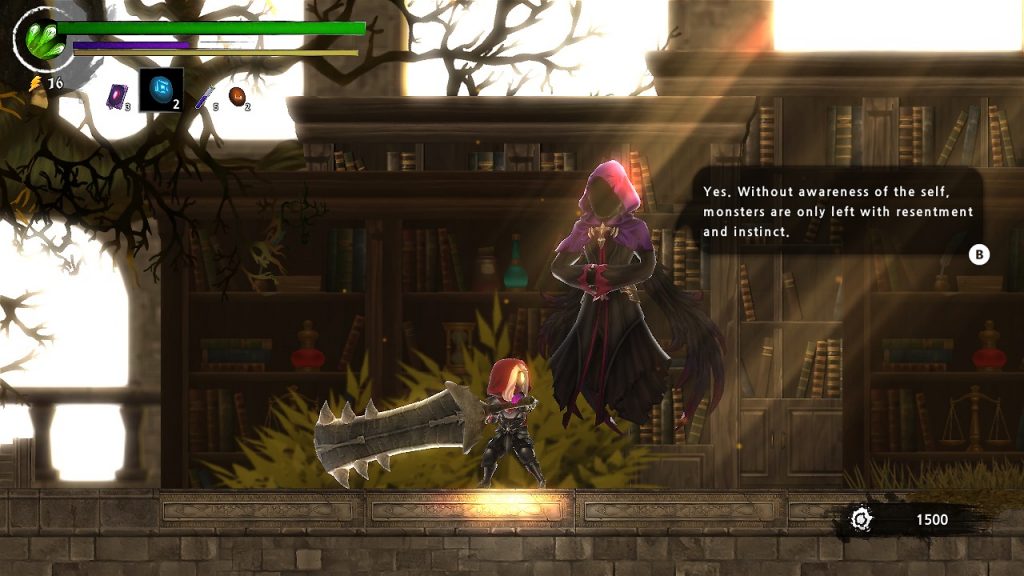 The main feature of the game to focus on is the action. Pick between a sword, axe, lance, or great-sword for the hero’s main attack. Each has specific attributes that are superior and inferior to the other. Every weapon has their own stats so as you get new ones check to see what is strongest. It is really up to the player to decide which one they prefer and which is best for each area. There is a very straightforward but greatly rewarding RPG-like upgrading ability tree that can improve the hero and specific weapon types. Defeating enemies will provide the spending points for the upgrades. Along the adventure, Occults can be collected to unlock Forbidden Magic that provide varied range attacks.

The bosses are fantastic! Some are larger than life and really reminded me of on the best games in this genre Outland. There is over 150 different monsters/bosses to battle against and the controls for attacking and manoeuvring are precise. One other feature to note is that there is a stamina bar that depletes when dashing and regenerates on its own over time.

Truly, the gameplay is superb in 3000th Duel and there is no reason to just gush on and on about each feature. Some areas and bosses can be on the harder side and throwing in the stamina bar, it could be said there are even some Dark Souls vibes in this title too. 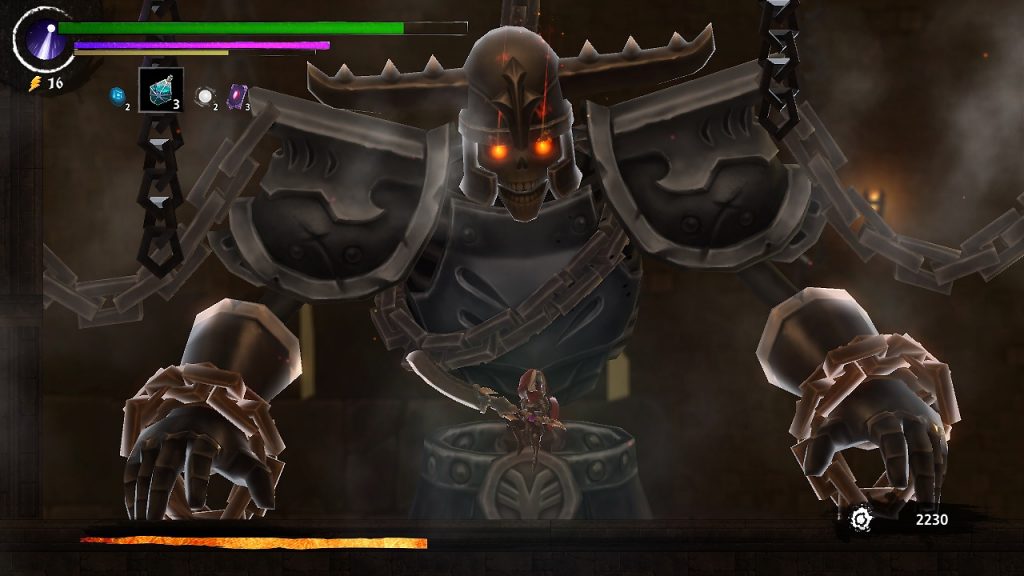 The appearance of the game gives off the vibe of Microsoft Avatars. I felt it was a really unique graphic design to go with. Too many games are going for the pixilated or cartoon style, in my opinion. So although the graphics are not mind blowing I commend the creators going with a less commonly used art style, especially in this genre of game. The plethora of monsters here is ridiculous. I loved how varied the enemies and bosses were. Many games go with complex or too busy menus, but not this one. I really appreciated how easy it was to navigate the skill tree and see each weapons stats. 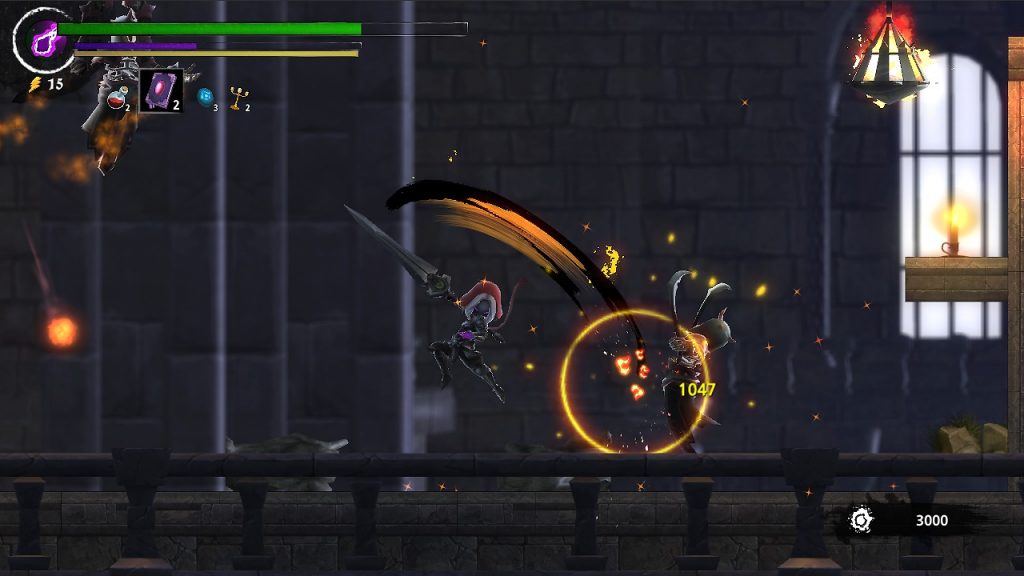 Sound effects are done well here, but the music is only decent at best. Personally, music is least important when I am playing a game, so the lack of noticeable/memorable tunes here was not much of an issue. I would not say the music is bad or obnoxious at all, and to me that is always a plus. 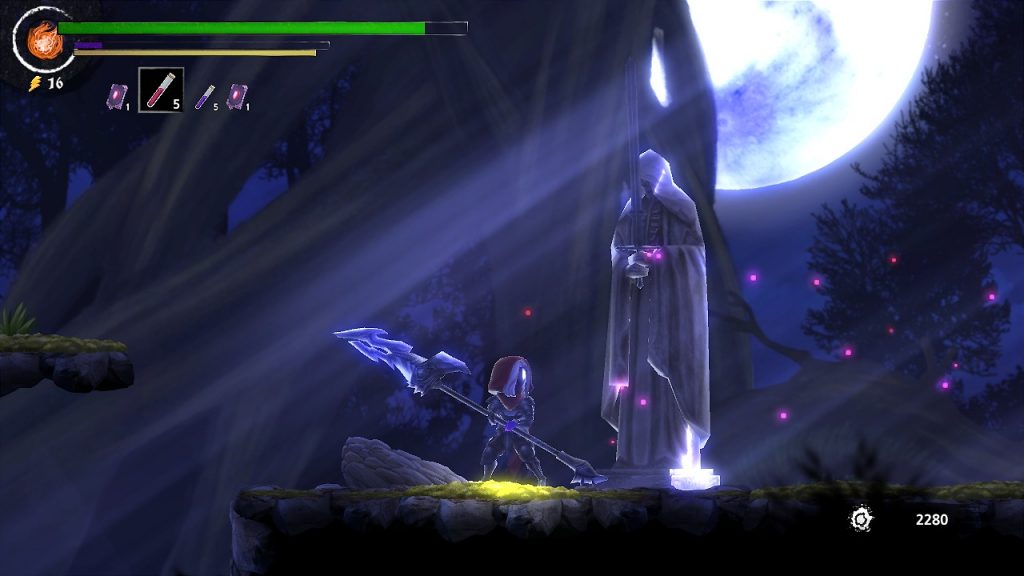 In the end, I am prepared to give such a spicy take that it is probably too hot to handle for most, but it is that I enjoyed 3000th Duel much more than Hollow Knight in every aspect. I absolutely recommend this title for all the gamers that cannot get enough of this genre, even though it is becoming rather saturated on the Nintendo Switch. The price is spot on to where I felt it should be so it is a great deal even at regular price. This title is a true Hidden Gem and as of right now Indie of the Year for me.

If you enjoyed this check out Heaven Dust for something different HERE!

As Far As The Eye